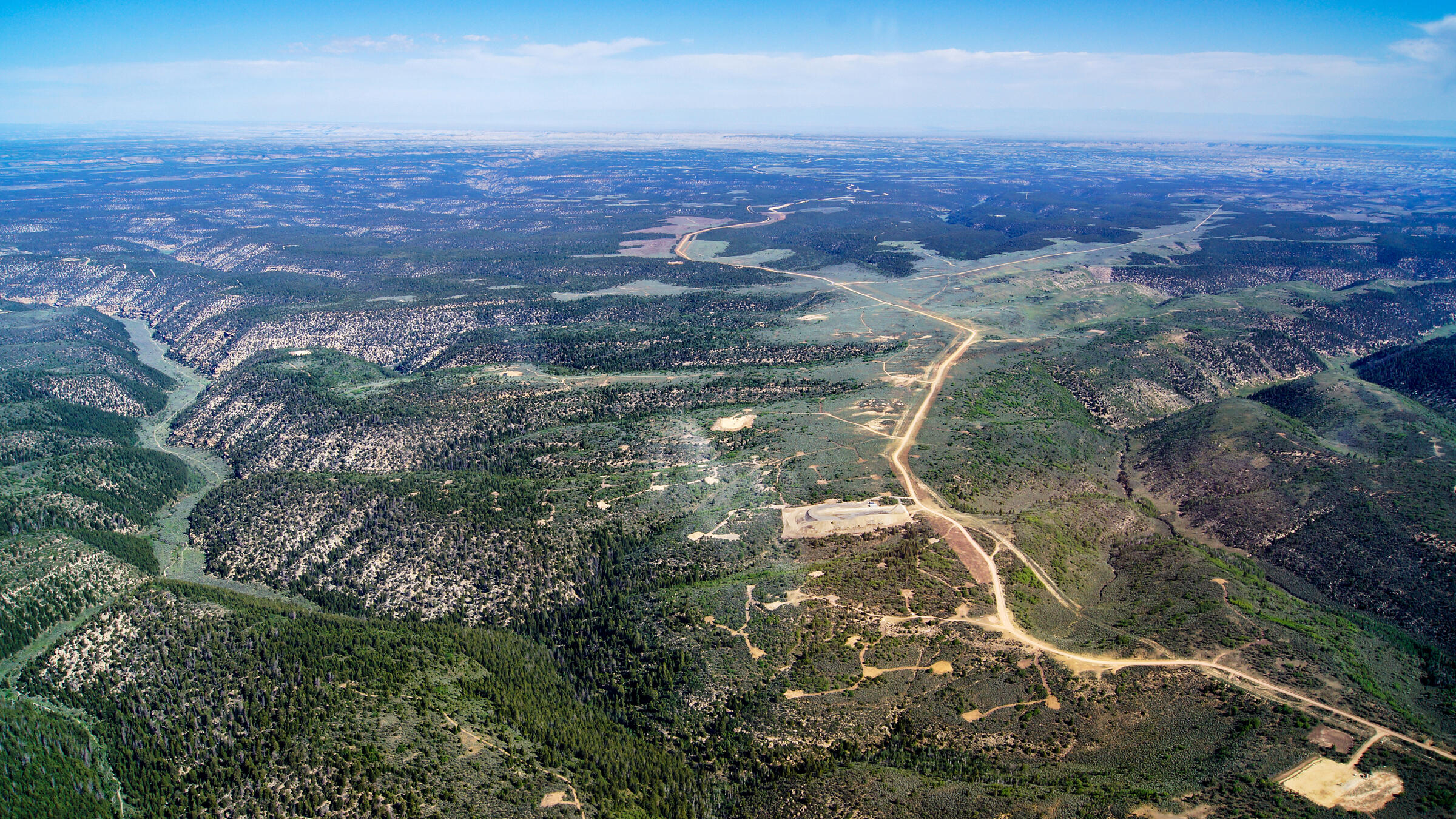 A plan is in place to open the first commercial mine in Utah.

In June more than 100 U.S. and Canadian scientists signed a letter calling for a moratorium on the mining of tar sands, the sticky oil deposits whose extraction has blighted huge swaths of the landscape in Canada. Tar sands, which can produce 20 percent more greenhouse gas emissions in total than even conventional oil resources, should be “one of the first fuel sources we avoid,” the group wrote. And yet, even now, with an oversupply of oil and natural gas—and with the consequences of global warming increasingly glaring—it appears we simply can’t help ourselves. Tar sands mines, and all they bring with them, have arrived in the United States.

Tar sands, also known as oil sands, require intensive processing to produce usable crude—it can take two tons of sand to produce just one barrel of oil—and the expense of extracting and refining that oil (and the pollution the process entails) has historically kept most of it in the ground. However, beginning in 2000, rising oil prices and calls for North American energy independence set off a tar sands boom in Alberta (not to mention an endless debate in this country about the Keystone XL pipeline, which would carry Alberta’s tar sands oil to the States). Fifteen years later the industry has cleared or degraded nearly two million acres of boreal forest, created toxic tailings ponds and other waste, and become Canada’s fastest-growing greenhouse gas emitter. And now it’s looking south.

In July Utah’s Division of Oil, Gas, and Mining issued a permit clearing the way for the opening of this country’s first commercial tar sands mine, PR Spring, which is owned by a Canadian company called U.S. Oil Sands. And PR Spring is “the tip of the iceberg,” according to Dan Mayhew, the chair of the Sierra Club’s Utah chapter—just one of several tar sands mines, in varying stages of development, that have sprouted on eastern Utah’s Tavaputs Plateau, which sits atop an estimated 20 billion to 32 billion barrels of recoverable oil. In the meantime, Alabama and Mississippi have begun assessing their own tar sands.

At a moment of growing public consensus that it’s time to move away from dirty energy, the decision to open up canyon country to the development of what many consider the dirtiest energy source of all sends a decidedly contradictory—if not perverse—message. “[This region] holds an incredible amount of fossil fuel energy,” says Mayhew, “and it’s all in tar sands or oil shale.” (Separating oil from shale rock is an even more carbon-intensive process that the oil industry hasn’t quite figured out how to make commercially viable—yet—though that hasn’t stopped it from sniffing around the vast deposits of oil shale in Utah, Colorado, and Wyoming.) “If the fuels are made available,” adds Mayhew, “the amount of carbon that could be emitted is staggering”—as much as 48 billion metric tons from the oil shale alone, according to a Sierra Club estimate.

If there’s a lesson to be learned from what tar sands mining has done to the landscape in Canada, the Utah state government and the U.S. Bureau of Land Management have chosen to ignore it—both entities have yielded up thousands of acres of land to leasing for potential tar sands development. The only sop the state has thrown so far to environmental groups is to require that U.S. Oil Sands implement a water- and air-quality monitoring plan at its PR Spring mine. The results of that monitoring will be closely watched because PR Spring is something of a field test for U.S. Oil Sands’ proprietary extraction technology, including what it describes as a “game-changing,” “non-toxic” citrus-derived solvent. “This will be the best, environmentally responsible oil sands project that has ever been built,” the company’s CEO boasts. (U.S. Oil Sands did not respond to requests for comment.)

“You can put lipstick on a pig, but it’s still a strip mine,” says Rob Dubuc, an attorney for Western Resource Advocates who represented the Utah environmental group Living Rivers in protests against the project. “To make claims that the mine and the processes are environmentally benign is absolutely ludicrous.”

Equally ludicrous is the notion that the United States can maintain credibility in the global clean energy discussion while simultaneously enabling the oil industry to exploit dirtier resources we don’t even need. The only rational move is to consider the United States’ tar sands as an opportunity for something this country has never been very good at: resisting temptation.