For maple syrup producers Steve and Amy Wheeler, a good year isn’t only measured by buckets of sap. It’s also marked by the number of pewees singing in the woods, the rows of woodpecker tunnels lining the sticky trunks, and the sight of nuthatches clownishly piling into tree cavities.

The Wheelers’ 100-acre farm in northern Vermont has been a sugaring site for generations. But today Steve, Amy, and their two young sons are taking a different approach to land management than Grandpa Wheeler did. Inspired by Audubon Vermont’s Bird-Friendly Maple Project, the country’s only avian-centric syrup enterprise, the family is returning the sugar bush to a more natural state. (Sugar bush refers to stands of forest that are dominated by maple trees.) The shift makes the property more inviting to nesting songbirds, including Scarlet Tanagers, Wood Thrushes, Black-throated Blue Warblers, and Veeries—and makes the Wheelers’ product more appealing to bird-loving consumers.

Following the guidance of Steve Hagenbuch, Audubon Vermont’s conservation biologist, the Wheelers began preserving other native tree species like white ash and American beech. Hagenbuch next told them to think in layers. That meant leaving old or dead trees up, fostering a rich mid-story of budding maples, and scattering heaps of logs, branches, and shrubs on the floor. It will take the family a decade or so to achieve an ideal balance of sugar bush and woodland habitat. But thanks to their commitment, they’ve earned the right to put Audubon’s bird-friendly label on their goods, which drives more customers to their small shop and online store. “We didn’t know there were so many intentional things we could do,” Amy says. “But we did know that we needed more birds,” Steve adds.

New England boasts one of the highest concentrations of breeding bird species in the United States. But in Vermont that richness is declining in step with the growth of the multi-million-dollar syrup industry, which is transforming old forests into a sea of maple. The project, which launched in 2014 with help from the Vermont Department of Forests, Parks, and Recreation and Vermont Maple Sugar Makers Association, is working to beat back that tide. It currently includes 20 producers who manage 4,500 acres and has generated $4.5 million in bird-friendly sales.

Right now the Wheelers are listening for American Robins, which signal warmer nights and the end of tapping season. “Robins are the death knell of sugaring,” Steve says. But they also mean that the Wheeler Woods will soon surge with tanagers flashing their feathers, Ruffed Grouse drumming their wings, and Barred Owls purring from spruce snags—all sweet rewards of a healthier sugar bush.

Meet the Birds of the Sugar Bush 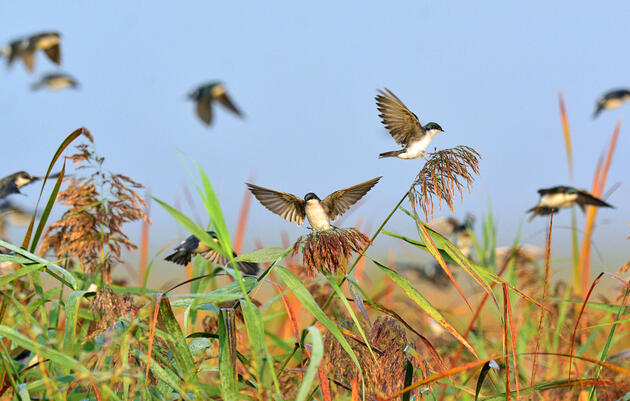 According to a new study, the same hormone that signals to humans we've eaten our fill triggers migrating birds to continue their trek. 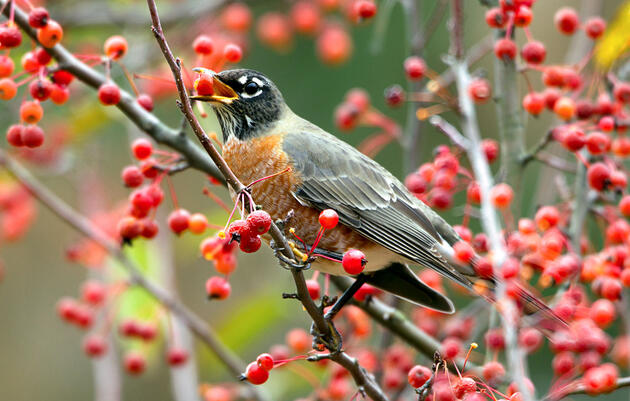 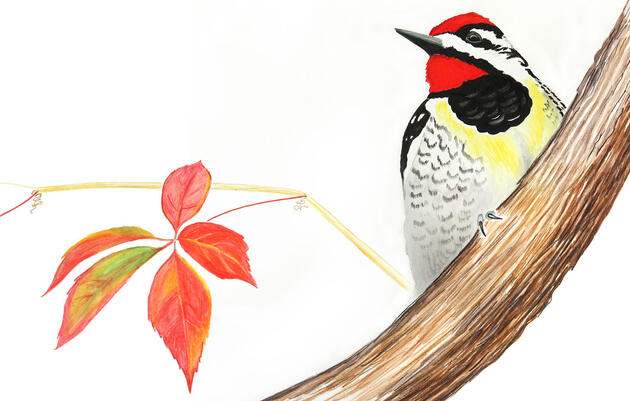