This Guy Is Mapping How Warblers Migrate, Just by Listening to Them Sing

We know where Mourning Warblers spend their winters and summers. But where they go inbetween is a mystery—one that can be solved through their songs.

Jay Pitocchelli has worn many different hats—professor, ornithologist, sound technician—but he never thought he’d be an expert on Canadian accents. Twelve years ago, Pitocchelli recorded Mourning Warblers on their various breeding grounds across Southern Canada and the Northeast United States. Back in his lab at Saint Anselm College in New Hampshire, Pitocchelli noticed an unusual pattern in the sonograms he’d made: Mourning Warblers in different breeding “neighborhoods” had their own unique songs.

The species, he discovered, is a regiolect songbird, meaning each regional population has a distinct dialect. (The phenomenon is well known in some birds, such as White-crowned Sparrows and Blue Tits, but hasn’t been documented in many warblers.) One Mourning Warbler population, for instance, will sing the same song over hundreds of miles, but when there’s a barrier—a mountain range, say, or a big lake—the birds change their tune.

This finding gave Pitocchelli an idea. For years he’d been trying to chart the Mourning Warbler’s course through North America. The birds mainly winter in Costa Rica, Panama, and northwestern South America, before migrating through Mexico and into Texas. The four regiolect groups Pitocchelli identified—Newfoundland, Nova Scotia, Prairie Provinces, and Eastern—end up breeding in different areas of Canada. By listening to a Mourning Warbler’s song, he might be able to follow their entire migration.

In May 2015, Pitocchelli launched a crowdsourced mapping project. He asks birders to record Mourning Warbler songs on their phones every April through May. “When people send their recordings, I can immediately see in the sonogram where [in Canada] the bird’s from. It’s like I’m reading it in Spanish or French,” Pitocchelli says. He then marks the bird’s location and connects the dots to trace a route. 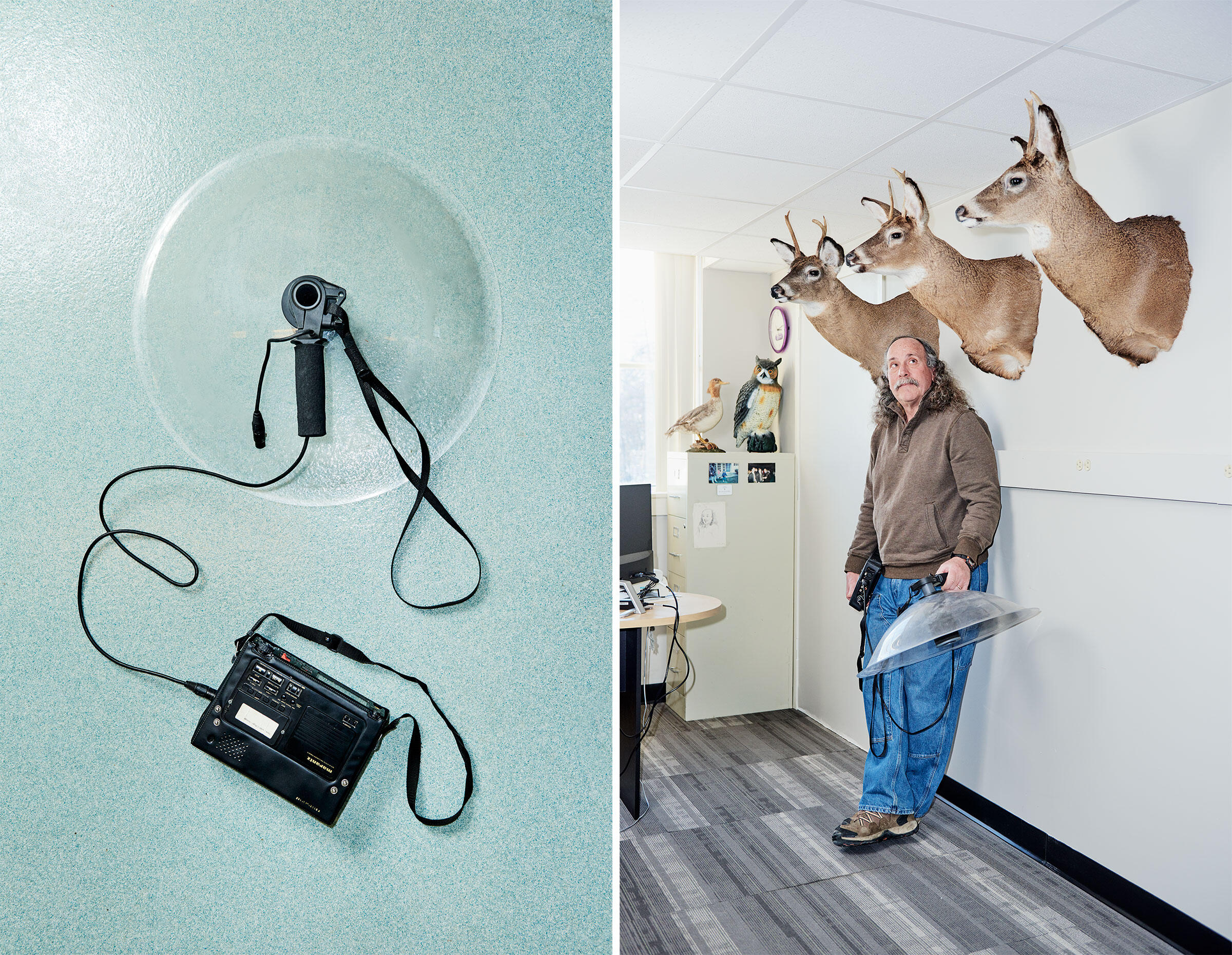 Ultimately the project could document evidence of changes in birdsong in real time. “Does it look like there’s the potential for a new species to evolve within this Mourning Warbler breeding range? Are they migrating together, or are they separating from other populations? That’s what we’re trying to find out,” Pitocchelli says. He’s already detected that birds converging on the boundary of the Prairie and Eastern regiolects, just north of the Great Lakes, sing hybrid songs.

Having dozens of birders record sounds from the field might also prove useful for studying other elusive, scattered species. Or it could lead to the discovery of a new regiolect candidate. “It’s a great approach that demonstrates how citizen scientists can make substantial contributions to our knowledge of bird biology,” says Lauryn Benedict, an ornithologist and associate professor at the University of Northern Colorado. Every recording is an earpiece into an avian world, one that we’re just beginning to decipher.

Got a good ear for warbler songs? Send an email to jpitocch@anselm.edu to learn how you can help with the mapping project. You can even get in some practice with our song quiz below.

Can You Translate These Warbler Tunes?

See if you can guess which regiolect these birds are from, based on their sound clips (courtesy of Jay Pitocchelli). Remember, your options are: Eastern, Prairie, Newfoundland, and Nova Scotia. Answers are at the bottom.

Testing Out Song Sleuth, a New App That Identifies Birds by Their Calls

Song Sleuth's advanced software can recognize the voices of 200 common bird species. But how does it fare in the field?