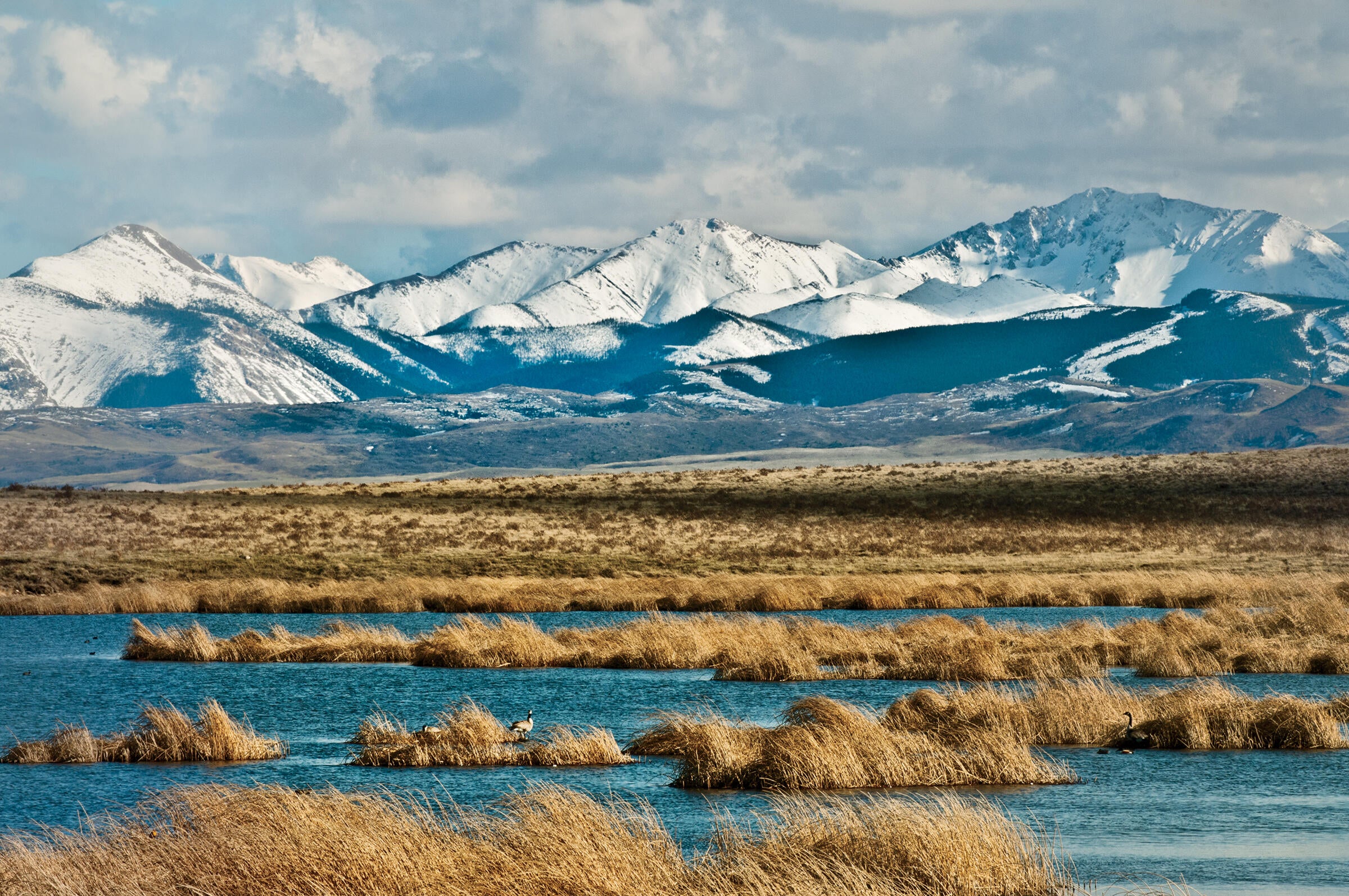 Canada Geese and other waterfowl occupy wetlands in the Badger-Two Medicine area of Montana. Members of the Blackfeet Nation hold the area sacred and are working to protect it permanently. Photo: Tony Bynum

An emerging effort to protect 30 percent of the country's land and water is an opportunity to strengthen tribal sovereignty and heed Indigenous ecological knowledge, experts say.

For nearly four decades the Blackfeet Nation has fought off attempts to drill for oil and gas in Montana’s Badger-Two Medicine area. Nestled in a national forest beside Glacier National Park, the region’s sweeping valleys, rivers, and wetlands—almost entirely unmarred by roads—form the setting of the Blackfeet creation story and host tribal ceremonies today.

After winning the latest battle last June, when a federal court threw out the industry’s remaining lease there, the tribe now seeks more enduring protections. Its leaders worked with U.S. Senator Jon Tester (D-MT) to introduce a bill in July that would permanently conserve nearly 130,000 acres. A new “cultural heritage area” designation would also give the Blackfeet more say in how it’s cared for. “We have our own ethical way of working with the land,” says John Murray, a tribal historic preservation officer for the Blackfeet Nation. “We have a way of managing Badger-Two Medicine down through the centuries.”

That conservation effort and many others could get a boost from a growing initiative built around a bold idea: protecting 30 percent of the country’s land and sea by 2030, up from only 12 percent of lands and 26 percent of waters today. Governments across the globe have united around that target, which scientists say is the minimum needed worldwide to blunt biodiversity loss and the effects of climate change. President Joe Biden has followed suit by setting a national “30 by 30” goal and putting federal agencies to work on a plan.

Now there’s hope in Indian Country that 30 by 30 offers tribes a chance to take the lead in safeguarding more of the places stolen from them. In a January Colorado College poll of voters in the West, 77 percent of all respondents—and 82 percent of Native Americans surveyed—supported the goal.

Fueling that hope is Biden’s choice of U.S. Representative Deb Haaland (D-NM), a citizen of Laguna Pueblo, to serve as the first Indigenous person to run the U.S. Department of the Interior. Haaland introduced a 30 by 30 resolution in the House last year. If confirmed as Interior Secretary—hearings happened this week in the Senate—she’ll oversee a vast department that, in its management of more than 450 million acres, has too often disregarded Native Americans and played a part in dispossessing them of their lands. And she’s made it clear that respecting tribal self-determination is at the heart of her vision for reaching the conservation goal.

“Indigenous peoples are the best stewards of biodiversity in the world.”

Getting there will require a mix of approaches, likely including state and federal refuges and easements on private lands. While that effort may include new wilderness areas where human activity is strictly limited, tribal leaders say it should also involve places where the land’s original inhabitants live traditionally—not merely letting nature take its course, but using their ecological knowledge to improve habitat. “Indigenous peoples are the best stewards of biodiversity in the world,” says Raina Thiele, an Alaska Native (Dena'ina Athabascan and Yup'ik) consultant and an intergovernmental affairs official in the Obama administration. Studies show that Indigenous-managed habitats tend to retain their ecological integrity better than government-protected areas. Native communities around the country and the world are already working to make their traditional lands and waters more resilient in the face of climate change, Thiele says.

To pursue this ambitious goal as true partners with Native peoples, conservation groups and the government must involve them in talks about new protected areas from the start, leaders of four tribes wrote in a December op-ed in Indian Country Today. In addition, tribes must be able to practice traditions like hunting and gathering on those conservation lands, says Aaron Payment, chairman of the Sault Ste. Marie Tribe of Chippewa Indians and one of that piece’s authors. “Any green policy shouldn’t be at the expense of allowing us to provide for our people,” he says.

With 30 by 30 now evolving from talking point to on-the-ground reality, the crucial task for largely white environmental organizations is to listen, says Aaron Weiss, deputy director of the Center for Western Priorities. “Conservation groups can’t be the ones going to tribes and saying, ‘Hey, what about protecting X, Y, or Z?’ It has to go the other way,” he says. Only with Indigenous leadership can the effort truly succeed. “I’m sure you could come up with a spreadsheet and draw some maps that got you to 30 percent without including tribal lands. But I think if America was to do that, it would be a sign of failure.”

This piece originally ran in the Spring 2021 issue as “Native Ground.​”​ To receive our print magazine, become a member by making a donation today.