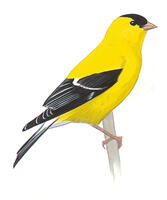 It was still early enough in the pandemic that my Zoom meetings felt novel, and spring birdsong brought hope of a swift return to normalcy. Then the roar of a gasoline-powered blower drowned out both. The goldfinches outside took flight. Shutting my window only muffled the noise.

You’re likely fortunate if loud lawn care is high on your list of problems in the past year. But blowers can be more than a nuisance. Some produce more than 100 decibels of low-frequency, wall-penetrating sound—or as much noise as a plane taking off—at levels that can cause tinnitus and hearing loss with long exposure. Beyond that, gas-powered lawn care of all kinds spews pollutants linked to cancers, heart disease, and asthma, and blowers blast air up to 280 miles per hour, eroding topsoil and sending pollen, fertilizers, and herbicides adrift. Workers who spend hours a day with equipment are most at risk.

But if blowers are loud, people speaking out about the issue have been getting louder, too—especially as more adults and kids work from home. More than 100 U.S. cities and towns now ban gas-powered leaf blowers or limit their use. This September, for example, Larchmont, New York, became the first northeast town to pass a complete ban, and California, where some 80 cities have issued regulations, has considered phasing out gas-powered garden tools altogether.

More than 100 U.S. cities and towns now ban gas-powered leaf blowers or limit their use.

In Montclair, New Jersey, councilor-at-large Peter Yacobellis has heard constituents bring up the environmental, noise, and health issues of blowers on a near daily basis in 2020. “It’s sort of a triple whammy in terms of addressing multiple quality-of-life issues at the same time,” he says. The city has had some restrictions on their use since 1995, but, as in many towns, enforcement is lax and awareness limited, he says.

That’s changing, as volunteer groups, with names like Quiet Montclair, Quiet Clean D.C., and Quiet Clean PDX, take on the issue. They not only push for stronger restrictions or bans, but also promote the use of quieter and less-polluting lawn maintenance equipment, helping to educate communities where enforcement lags, Yacobellis says. As alternatives, such groups also promote electric or hand-powered tools, plus an approach that leads to less work and better wildlife habitat, such as allowing leaves to remain where they fall. To that end, they encourage leaving some leaves for overwintering insects; returning mulched leaves to garden beds to act as fertilizer for plants and habitat for salamanders, snails, and toads; and waiting to spring to cut back perennials so insects can overwinter and birds to feed on the seeds.

The number of lower-emission landscapers around the country is also growing, with some building in other sustainable services, such as using organic fertilizer and replacing invasive species with natives and drought-tolerant plants. “A lot of people who come to us seem to be dog owners and families with young kids,” says Craig Martin, owner of Clean Air Lawn Care, St. Louis, which is one of some 40 franchises around the country. “They’re concerned about their family’s health and safety. That’s where we come in.”

Quiet Clean PDX in Portland, Oregon, for example, lists more than 20 landscaping companies proactively embracing the trend. “If they don’t use gas-powered tools, they can be on the list, and we encourage people to hire them,” says volunteer Albert Kaufman, who notes many of these businesses seem to be “busier than ever.”

Still, technology and costs can limit the pace of change. Although battery equipment for electric equipment is continually improving, it does not yet match the power of gasoline-based tools. As a result, it may take longer or be costlier to do the same work. George Carrette, owner of EcoQuiet Lawn Care in Massachusetts, encourages customers to take a more relaxed approach to their yards, but ultimately, it’s up to them. “If you want everything scoured perfect, you’ll pay more,” he says.

Of course, for those looking for a project this spring, there’s an alternative: getting rid of high-maintenance yards and seeding native plants instead.

This story originally ran in the Spring 2021 issue as “Birdsong, Interrupted.”​ To receive our print magazine, become a member by making a donation today.