Like a layer of thin skin, Panama Bay’s mangroves separate the continent from the Pacific Ocean, sheltering Panama City and 86 miles of rural coast from storms. The rich ecosystem, which includes enormous tidal mudflats, also feeds Panamanians and up to two million migrating shorebirds.

This year biogeochemist Jorge Hoyos-Santillán and a six-person team got personal with these trees, snuggling trunks with a measuring tape, bending to collect leaves from the muddy ground, and coring samples of soft earth until hitting soil so old it held no traces of decaying living material. “I tease the team a lot,” he says, “because we’re going into the field to literally hug trees.”

Their work here, as well as in Panama’s Parita Bay, is aimed at measuring a less visible service these ecosystems provide: soaking up and storing carbon, which helps mitigate climate change. 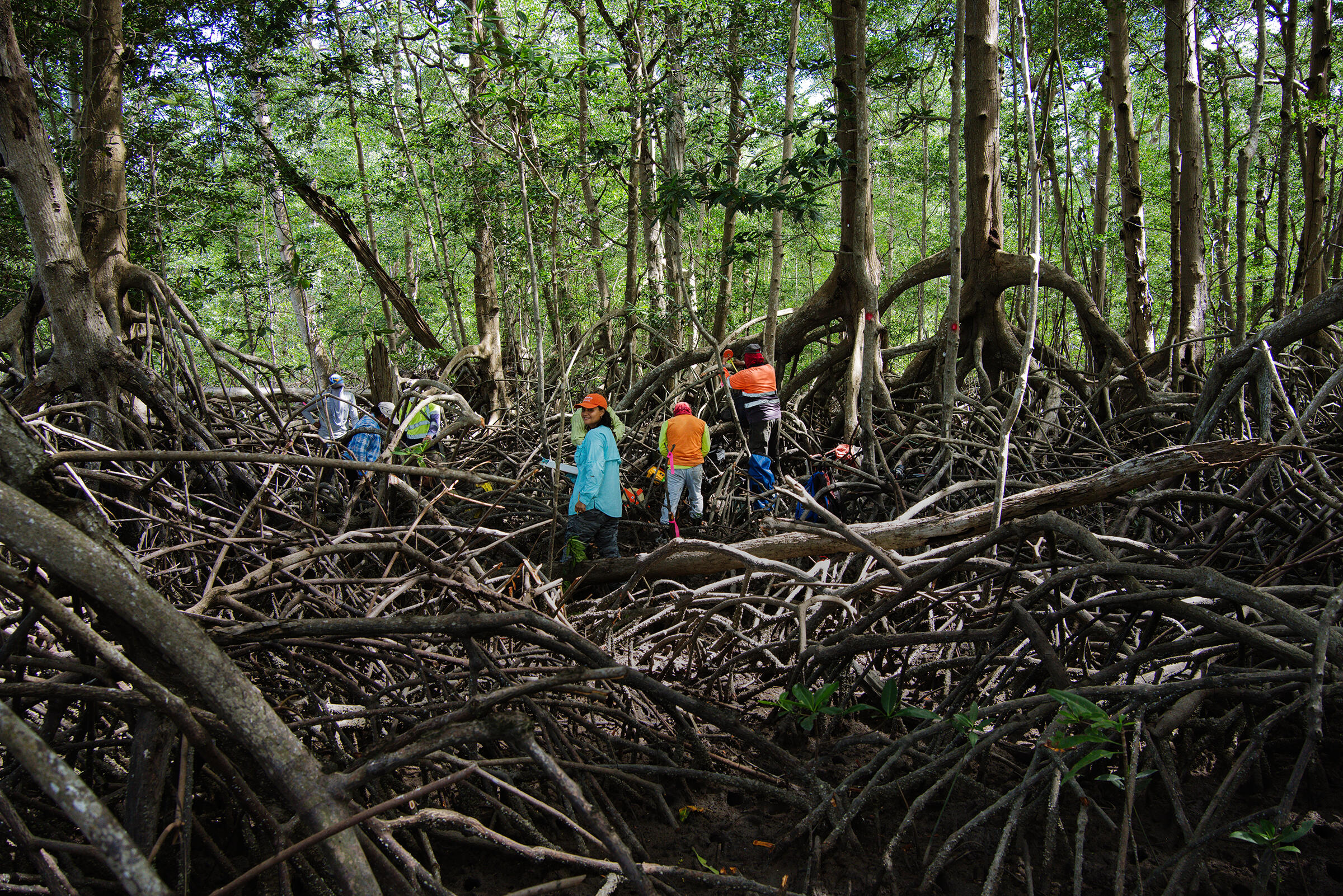 Typically countries or companies buy carbon credits to compensate for emissions that are costly or not possible to reduce. Conservation initiatives that protect or restore carbon-absorbing ecosystems, such as forests, create credits for purchase on markets, as do emissions-reducing projects like methane capture. (Each credit usually represents one ton of carbon removed or prevented from entering the atmosphere).

Due to their oxygen-depleted wet soils, which preserve organic material, mangrove forests hold up to five times more carbon per acre than terrestrial forests. Despite covering a small global area, about the size of Arkansas, these ecosystems may store the equivalent of about four times the United States’ 2020 emissions. Cutting them down—about 4 percent of the world’s mangroves were lost from 1996 to 2016—sets humanity back in efforts to avoid climate catastrophe. 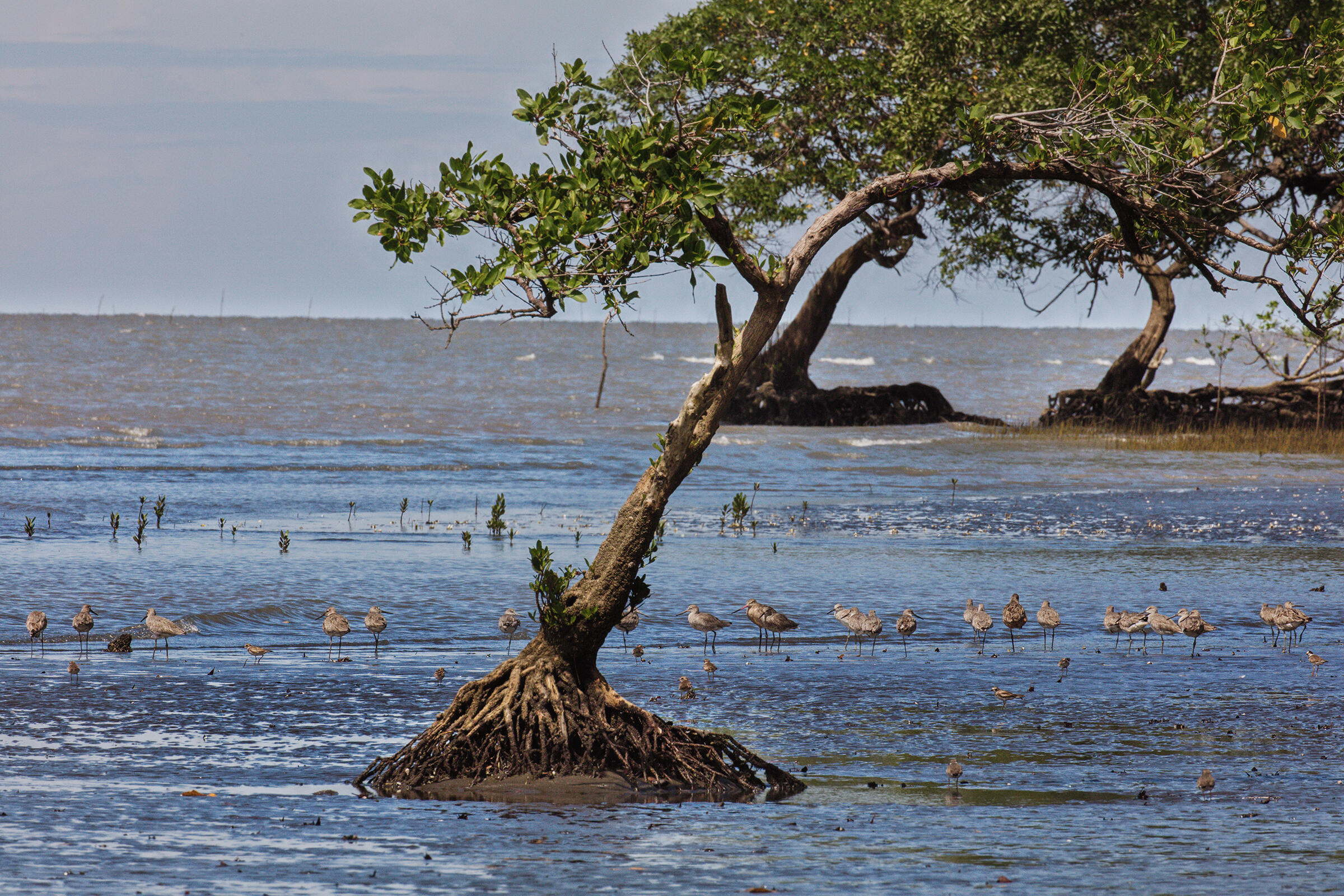 Western Sandpipers and other shorebirds on mudflats in Parita Bay, Panama, a hotspot for migratory birds. Photo: Mike Fernandez/Audubon

Once the team finishes its surveys in the Panama and Parita Bays, the group will analyze each sample’s carbon content and extrapolate how much the area holds in total. To arrive at how much carbon the forests lock up in the long run, they must also gauge future threats such as rising oceans. Doing these appraisals accurately is key to any carbon-accounting project—and the work in Panama is only the second effort to use a new standard, released in 2020, for making these calculations in mangroves, tidal salt marshes, and seagrass meadows.

Panama is among the few nations that are already carbon negative, capturing more carbon than it emits.
__________

Panama is among the few nations that are already carbon negative, capturing more carbon than it emits. To meet its goal to stay that way through 2050, it needs to protect forests, says Ligia Castro, director of the climate change office at Panama’s Ministry of Environment. The government is currently designing a national carbon market to help and aims to include credits from these two mangrove ecosystems based on the team’s results, Castro says. The project will also quantify other benefits they confer, such their fish nurseries. “We already know they provide a lot of services,” says Julio Montes de Oca, Audubon Americas’ coastal resilience director. “But it’s good to put those in numbers.” 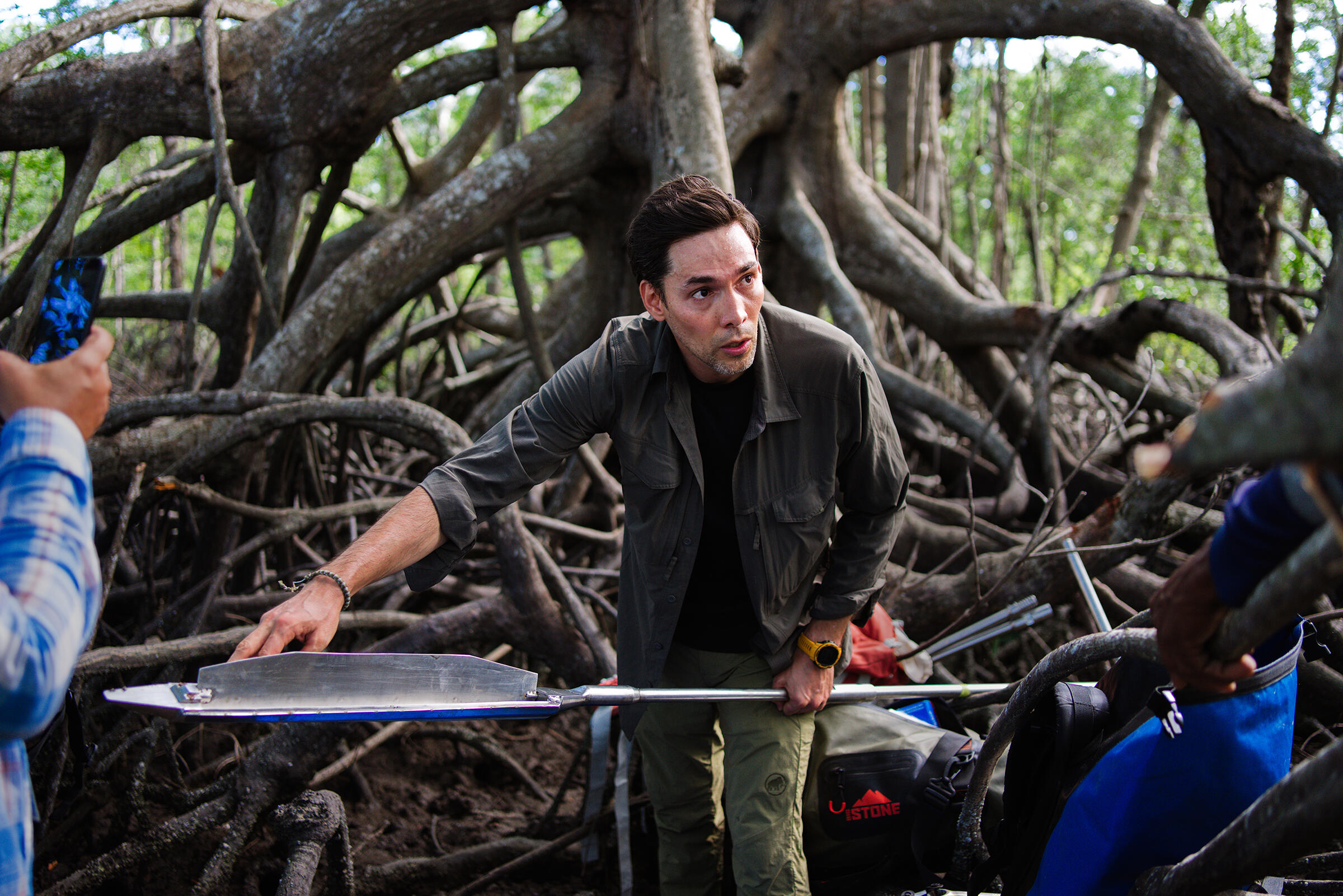 In Latin America, mangroves and other wetlands can use any extra recognition. Historically they were viewed as wastelands, beginning with Spanish conquistadors who complained of smells, mosquitoes, and mud. Over centuries, many were filled, cut, or “cleaned.” But attitudes have slowly changed. “They are our first line of defense against climate change,” Castro says. For a nation you can drive across in an hour, every inch lost to rising seas is a high cost.

In 2009 Panama Bay’s mangroves were designated as a national protected area, but it took a legal battle with developers and a Supreme Court decision to uphold this protected status. Yet pressures continue, says Yenifer Díaz, project director of Panama Audubon Society. “Unfortunately, the economic groups are strong, that is to say, they have the resources to keep pushing.”

Recently Díaz has been meeting with artisanal fishers, ranchers, local officials, and hundreds of other stakeholders in hopes of creating Parita Bay’s conservation plan and building support for its legal protection. Educators, led by the Panama Audubon Society, are also paving the way. A school program has already reached 21,300 students in Panama Bay and is now expanding to classrooms in Parita Bay to bring mangrove and other environmental lessons into regular instruction. 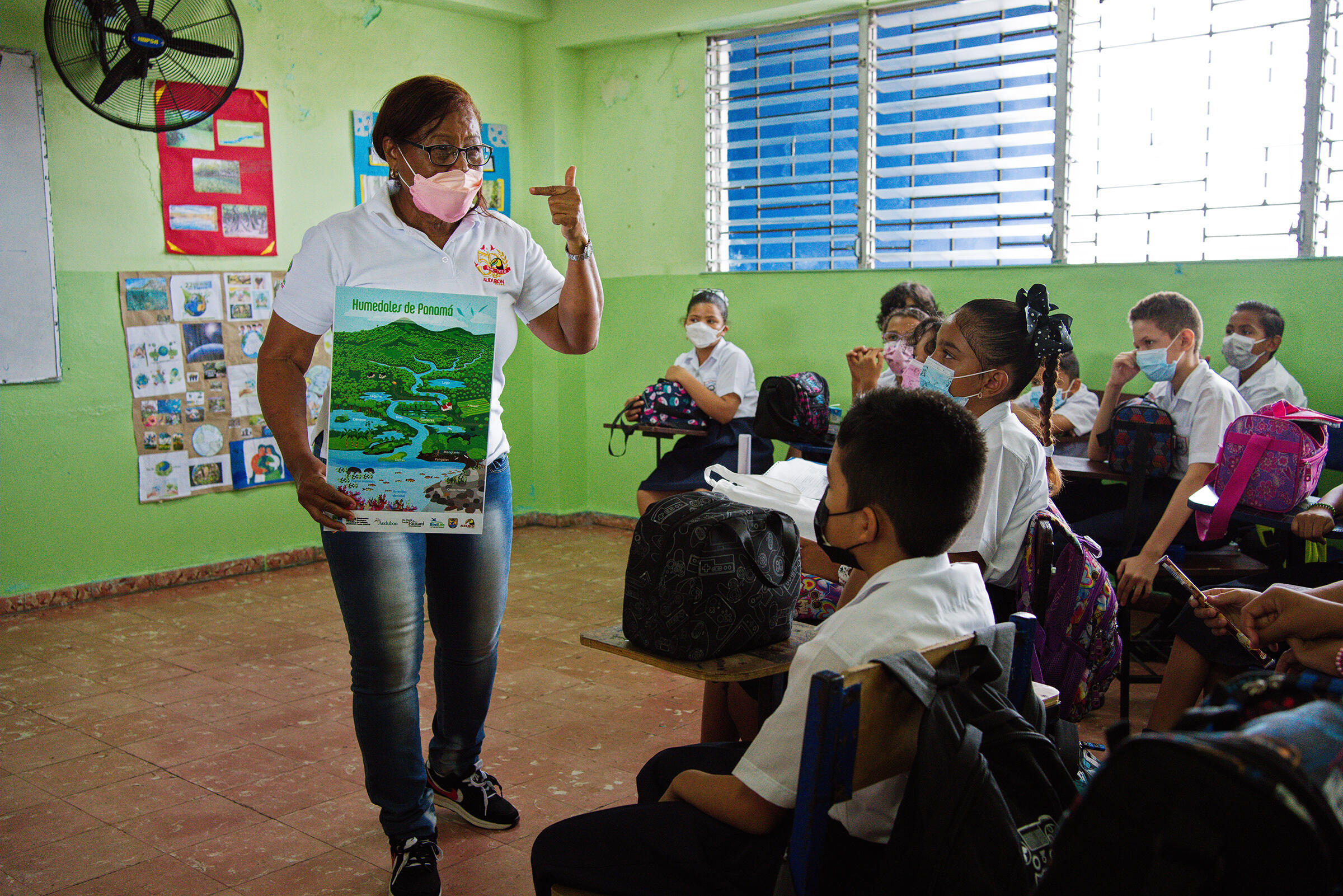 Such engagement is key for any conservation plan, but especially one involving carbon credits. Because mangroves are thin strips, a project big enough to attract investors may stretch through towns, states, and even countries. “You have to negotiate with everybody,” says University of Queensland ecologist Catherine Lovelock, who is working to create a blue carbon market in Australia.

Community participation also helps ensure locals will directly benefit—which hasn’t always been true for carbon projects in terrestrial forests. Designed well, however, experts say such work offers a rare chance for vulnerable people who suffer from climate change to be funded for conservation efforts that slow the crisis down.

This story originally ran in the Summer 2022 issue as “Buried Treasure.” To receive our print magazine, become a member by making a donation today.