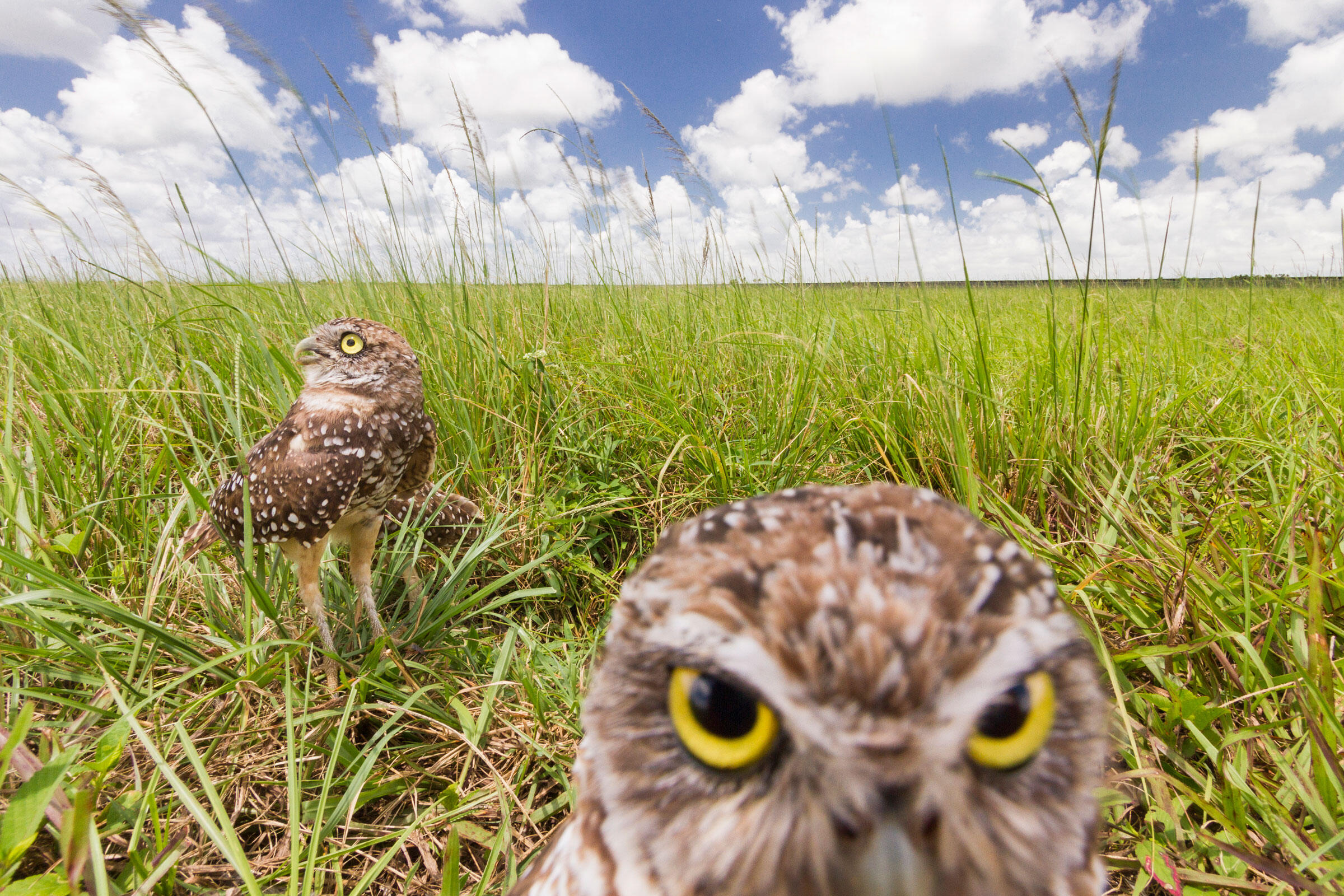 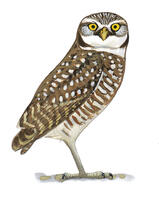 Burrowing Owls were on photographer Mac Stone’s to-shoot list since he first picked up a camera in high school. “They’re super charismatic, the way they look at you, their behavior of imitating the sounds of rattlesnakes, their behavior of bringing dung in front of their burrow to attract insects so they can eat them,” the Florida native, now based in South Carolina, tells Audubon.

Although they’re active during the day, the elfin, ground-dwelling, craftily camouflaged birds can demand great patience from would-be photographers. Stone hadn’t found time to pursue Burrowing Owls, so he was delighted when they found him. While waiting to meet a pilot at an airfield in Homestead, Florida, he saw the owls conspicuously sitting atop orange road cones in the grass. The cones, he learned, marked the owls’ burrows to keep lawnmowers away.

Stone, 33, didn’t want just another long-lens shot of the birds from afar. “I wanted to do something different, to show them in a new way,” he says. Returning to the airfield, he tried setting up a tripod near their burrows, but the birds wouldn’t go near the unfamiliar structure. Then it hit him: The owls didn’t mind the cones. That moment of clarity would nab Stone this charming photo and many others, though not without lots of trial and error during six months of regular visits to the airfield.

He cut windows in a cone for his camera and flash, and put the rig beside a burrow. But as the cone sagged in the South Florida sun, the top of the window he’d cut into it obscured the frame. Stone fixed that by putting metal pins in the cone to hold it upright. (More pins, stuck horizontally through the cone, held up the camera.) He also had trouble with his wireless trigger. “I would go out there and look with binoculars, and think I was triggering it for six hours or so, only to go back to the camera and find out nothing happened,” he says. So he swapped the remote control for an intervalometer—a tool that snaps a photo at set intervals. But the owls were more interested in watching for predators than in mugging for the camera. “So most of the time, you get owl butts,” Stone explained in a 2015 presentation.

It all came together when Stone set the camera to beep a couple of seconds before each shot. Against a backdrop of grass and cloud-patched sky, the curious, long-legged owls turned their lemony eyes to the camera. Click. Bingo.

See One of the World’s Coolest, Most Specialized Raptors in Action

Snail Kite numbers in Florida dipped to a worrying low a decade ago. Since then, an influx of exotic snails has helped the endangered birds rebound.