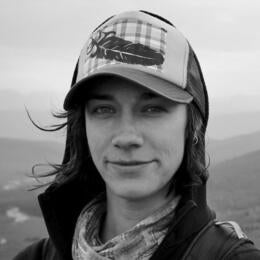 Every year, the International Union for Conservation of Nature refreshes its Red List, which ranks the conservation needs of some of the world’s most rare and curious birds, along with nearly 80,000 other animals and plants. For example, there’s the Carpentarian Grasswren, a stiff-postured songbird that lives on the Australian grasslands, the Great Knot, a wayfaring seabird that breeds on the Siberian tundra, and the Red-necked Stint, a rosy-cheeked wader that travels all over the world. These are among the 40 species of birds now flying closer to extinction, according to this year’s updated list. Here are five other major changes to note.

Vultures are vanishing faster than ever.

These much maligned but useful scavengers help keep us from being awash in the smelly dead stuff. But Africa’s vulture populations are struggling. On this year’s Red List, four of the continent’s species, including the White-backed Vulture and the Rüppell’s Vulture, have been upgraded to “critically endangered,” while two others are now “endangered” instead of “vulnerable.” The primary cause is poisoning from drug-laced carcasses, but conversion of habitat to farmland and smuggling of vulture parts for traditional medicine might also play a role. Some poachers also kill vultures because they’re worried that the birds’ presence will reveal their illegal pursuits to authorities. The declines are steep: This summer a team of scientists reported that African vulture numbers have plunged an average of 62 percent over 30 years. In response, BirdLife International has been rallying the public through a "Love Vultures" campaign, and lobbying for bans on toxic agents.

Cuteness alone can’t save the Atlantic Puffin. The thick-billed, befuddled-looking seabird has now been upgraded from “least concern” to “vulnerable.” Once threatened by hunting in the mid-1900s, the species has rebounded in some places over the last 40 years. But climate change poses new threats: biologists, including Audubon’s VP of Bird Conservation Steve Kress, have discovered that warming ocean temperatures in the Gulf of Maine are disrupting food sources and causing hundreds of chicks to starve. The global population still remains in the millions, but with every lackluster breeding season, conservationists are bracing for another puffin slump.

Even common feeder birds are no longer safe.

The 2015 Red List shows that some formerly abundant species are faring much worse. Take the European Turtle-dove: It was upgraded from “least concern” to “vulnerable” because of its steep and mysterious decline across Europe. The United Kingdom alone lost a whopping 96 percent of its population, most due to hunting along its migration route. “It’s not ridiculous to say (it) may be gone from Britain in the next 10 years,” Danae Sheehan of the Royal Society for the Protection of Birds told Audubon.

A five-inch warbler gets a giant boost.

There is some good news. A total of 23 bird species were downgraded, either because their populations were more sizable than previously estimated, or because once-dwindling populations have started to rebound. Some, like Africa’s Seychelles Warbler, are now considered “near-threatened” thanks to habitat protection and relocation efforts. The island species was down to just 26 birds in 1968, but as of 2014, it’s ballooned to 2,800 individuals. Scientists think the population might double in the near future.

A Pacific petrel takes its time to recover.

The Chatham Petrel, a rare endemic from New Zealand that nests in burrows, is also headed back from the brink, albeit slowly. In 1995 scientists estimated that 600-800 petrels were left. But the bird has been downgraded from “endangered” to “vulnerable,” thanks to population increases spurred on by a 20-year effort to reduce burrow competition with another native seabird—the Broad-billed Prion. The estimated petrel population was about 1,400 worldwide as of 2010, and has continued to increase.