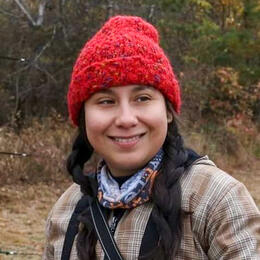 Migratory raptors face a challenging journey year after year. Most of these birds nest in the continent's north and begin their migration before winter, spending that time in warmer places in Central and South America. Colombia is part of this natural phenomenon as a migration route, a strategic stopover and resting place for raptors, and even as a wintering site. These birds visit us on two occasions: when they head south between September and November (fall migration) and return north between mid-February and April (spring migration).

Migrating through fall, migratory raptors using the land corridor enter South America through northwestern Colombia, crossing over the Darien region that connects the Isthmus of Panama with Colombia. Buteos continue mainly through the Andes and its valleys, where some individuals begin to stay, choosing wintering sites from Colombia. In contrast, the red-headed guans (Cathartes aura) continue their migration towards the plains of Venezuela and Colombia, followed by some individuals of other raptor species. The rest continue southward in a broad-fronted migration through the inter-Andean valleys, canyons, and mountain ridges. Migration has been reported in areas as low as the Cauca and Magdalena river valleys and in much higher regions such as Bogotá, at 8,660 feet above sea level. The migration of Buteo swainsoni reaches Argentina to spend the winter in these areas.

Hunting is a significant risk

Unfortunately, Colombia is one of the few places where raptors' hunting persists, becoming an additional challenge. Raptors face multiple dangers on their migratory journey, including habitat loss and pollution. The most affected species are those that form large groups that are very visible to hunters. Among them are the broad-winged hawk (Buteo platypterus) and Swainson's hawk (Buteo swainsoni), commonly known as the grasshopper hawk—or in certain Spanish-speaking countries, the "lent hawk." They are hunted mainly for consumption, as the local inhabitants have a false belief that they have healing properties, and that also hastens the passing of Lent. Conservation efforts are especially needed in Tolima and Cundinamarca, where poachers claim the lives of these creatures as they rest from their long journey in the middle of the night.

The conservation process begins with knowing and recognizing what should be protected. However, there is little information on these birds and their migratory movements within Colombia. Telemetry studies have helped and given us a general idea of the routes of some of the species. And the research carried out in recent decades, mainly in the northwest of the country, laid the groundwork to begin understanding the phenomenon locally, determining the importance of Colombia (Bechard et al. 1999, Colorado et al. 2006, CAR 2008, Bayly et al. 2014). Still, more research is needed to understand how migration works in a country with such particular orographic and climatic characteristics as ours.

The Raptor Migration Association of North America (HMANA) has a network of count sites where migration passage is monitored throughout the Americas. This is of great help in promoting scientific study, enjoyment, and appreciation of raptor migration. Between North and Central America, there are more than 300 counting sites. But South America only has three active sites, two in Colombia and one in Venezuela.

Since 2020, TROPICOS Colombia has developed educational activities in the departments affected by illegal hunting. To better understand migration, this NGO conducts explorations in different regions of the country, including the departments of Antioquia, Caldas, Cundinamarca, and Tolima, within the framework of the project "Conservation of migratory raptors - Colombia."

Community support, what counts most

A count site was established southwest of the city of Ibagué for spring migration. We called it "Conteo de Rapaces Tolima" (Tolima Raptor Count), and monitoring began with great expectation: for the first time, records would be taken in the area. More than 400,000 individuals of migratory raptors of ten different species were observed, exceeding expectations. These impressive results have established a baseline for future research and conservation efforts on regional migratory raptors.

Last April, the figures reached more than 700 thousand individuals, positioning the Tolima count site as the fourth most important site in the Neotropical region based on published data (Bildstein 2006).

The increase over previous years does not necessarily indicate that the number of raptors is rising. It is uncertain whether the interannual variation is usually significant, so further studies are needed. With each season, we learn a little more, and it has been corroborated that the internal routes vary between autumn and spring in the center of the country. This was confirmed thanks to the second counting site inaugurated in 2022 in the Magdalena River valley in Tolima. At the same time, more questions arise, and we still have much to discover about their migratory journeys.

As the country with the most bird species on the planet, Colombia could be an example of conservation and be aware of the great privilege of witnessing this natural spectacle. A coordinated effort between environmental organizations, governmental agencies, and other local actors can give greater scope to actions against hunting, which is an illegal and criminalized activity in the country.

Community participation and engagement are fundamental, and education is key to changing the local perception of these birds, which know no borders and help maintain the balance of ecosystems throughout the continent.

Numerous organizations have supported the project in Colombia. Also, many generous donors have helped, concerned about conserving these magnificent birds. I want to highlight the constant and unconditional support of Hawk Mountain Sanctuary, fulfilling its tireless mission to promote raptor conservation worldwide.

CAR 2008. Community of Diurnal Birds of Prey (Falconiformes) as bioindicators of the Quality and State of the Cerro del Tabor Ecosystems. Report submitted by Cesar Márquez to the Corporación Autónoma Regional de Cundinamarca.