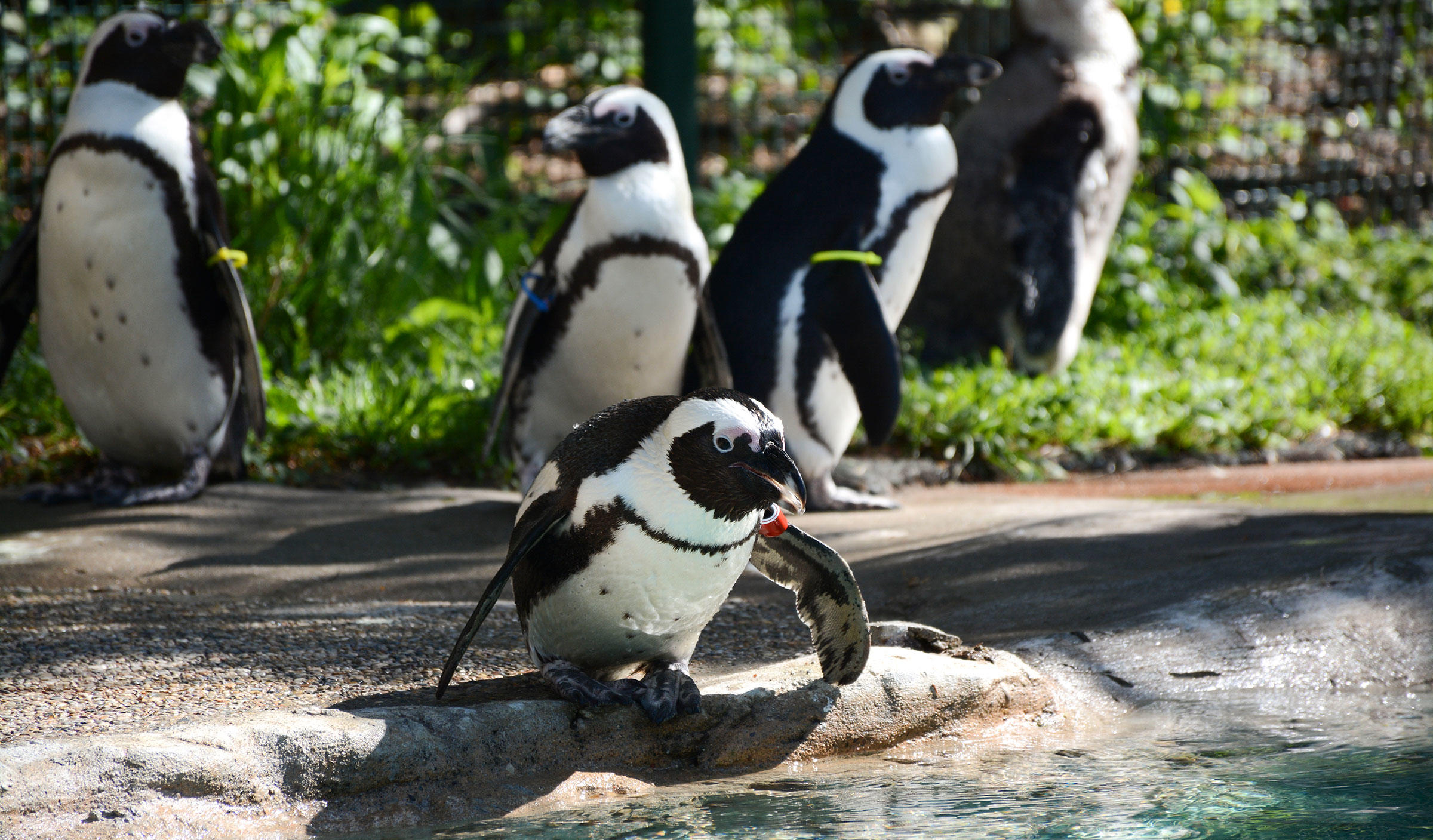 After her sister ditches her for a new mate, an African Penguin is sent off in search of friends.

Up until age 13, Don was best friends with her little sister Dewey. Born just a year apart, the two were extremely close and did everything together. They kept each other well-groomed, accompanied each other for meals, and loved to lounge side by side. Then Dewey got a boyfriend, and everything changed.

It may sound like the teaser to a young adult novel, but this is the real story of two African Penguin sisters, who, until last Friday, lived together at the Children’s Zoo at Celebration Square in Saginaw, Michigan. On April 1, however, Don was transferred to a new zoo in Pennsylvania, in hopes of curing her loneliness. It had been more than a year since she had socialized successfully with Dewey, or any of the other six African Penguins at the Children’s Zoo.

“None of the other penguins spent time grooming her, and she had trouble eating with the rest of the group,” says Lizzy Schultz, a spokesperson for the Children’s Zoo. “Don began spending more and more time hanging out at the edge of the flock, not interacting with others.”

African Penguins are extremely social creatures. In the wild, individuals typically stick with family members until they reach sexual maturity at around age four. Then, come breeding season, they start to search for a mate. For the most part (to about the same extent that humans do), African Penguins pair-bond for life.

Since wild African Penguins hang out in large colonies, they typically have many potential mates to choose from. In captivity, the options are limited. But even in the absence of a mate, penguins in captivity like to pair off with the same partner year after year.

Such was the case with Don and Dewey. “In the wild, Don and Dewey would have probably gone off and found mates a lot earlier, and they wouldn’t be continuing to hang out as sisters,” says Kenn Kaufman, Audubon's field editor. However, as long as neither of them had a mate to breed with in captivity, Don and Dewey’s pair-bond remained unshakeable.

Then, in 2014, the staff at Children’s Zoo introduced a male penguin named Bamm-Bamm into the colony to mate with Dewey. The pairing was determined by the Association of Zoos and Aquariums, a national non-profit that makes breeding recommendations for endangered species such as African Penguins, with the goal of preserving genetic diversity and demographic stability in captive populations.

Dewey and Bamm-Bamm hit it off, which was great news from a breeding and conservation standpoint. But it was bad news for Don, who continued to try to hang out in the new couple's nest area, only to get chased away again and again by a protective Bamm-Bamm. “After a while, Don got the picture and began to stay away,” says Schultz.

With the other social dynamics in the flock already cemented, Don was the odd penguin out. As she increasingly spent all of her time alone, her caretakers decided it would be best to give Don a chance for a fresh start. They arranged for her to be transferred to Lehigh Valley Zoo in Schnecksville, Pennsylvania, which currently has a flock of mostly single male penguins.

“We are hoping that she will find herself a possible boyfriend,” says Schultz.

After a going-away party featuring a "cake" of frozen fish Jell-O, Don arrived at Lehigh Valley Zoo last week. She will be kept in quarantine for a minimum of 30 days to help with her transition. “She’s doing well,” says Richard Rosevear, Lehigh Valley Zoo’s general curator. “I think she’ll probably pair up with somebody here.”