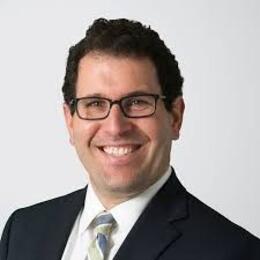 Forests have always been important places for biodiversity, clean water, and oxygen, but now more than ever, we recognize their value as important resources in the fight against climate change.  Earlier this year, the Trillion Trees Act was introduced in the House of Representatives by Representative Bruce Westerman (R-AR), as an effort to find solutions to the climate crisis.

We commend the effort to prioritize natural solutions like planting trees, an important strategy for removing carbon from the atmosphere. However, the House bill fell short of Audubon’s official endorsement as it failed to provide adequate environmental protections for logging on certain priority lands, and incentivized the planting of saplings without also encouraging the protection of fully grown trees.

Now, ten months later, Senators Mike Braun (R-IN), Chris Coons (D-DE), Todd Young (R-IN), and Angus King (I-ME) have introduced a new bill in the Senate that addresses many of these shortcomings. The bill, called the Trillion Trees and Natural Carbon Storage Act, is a bipartisan effort to strengthen protections for forests.

This bill better supports the preservation of old growth forests, encourages the pursuit of carbon sequestration opportunities in wetland and grassland ecosystems, and would establish a new funding mechanism to support reforestation. Furthermore, rather than simply counting the number of trees planted, the bill relies on a metric called “net carbon stock” to ensure tree-planting efforts increase long-term carbon sequestration. Audubon is proud to support this bipartisan legislation as an important piece of the climate change puzzle that could have a real, positive, and tangible impact on the forestry sector.

Natural climate solutions provide multiple benefits for birds and people because they encourage the restoration, conservation, and proactive management of existing natural landscapes to reduce and sequester carbon emissions. Audubon’s science shows that two-thirds of North American birds are vulnerable extinction to climate change if we continue on our current trajectory. On top of that, North America has lost 3 billion birds since the 1970s, with some guilds—like grassland and forest birds—especially impacted. Policies like the Trillion Trees and Natural Carbon Storage Act present an opportunity to enhance our forests’ ability to capture carbon from the atmosphere and provide good quality habitat to iconic species like the Scarlet Tanager, while also creating jobs across the country and protecting freshwater supplies.

This bill is not a substitute for concerted efforts to reduce emissions and harmful pollution from electricity generation, transportation, agriculture, and other sectors, but can be part of the suite of policies needed to reach the country’s climate goals. Audubon will continue to work with bipartisan conservation leaders in the US Senate, to advance legislation to addresses the root causes of climate change. 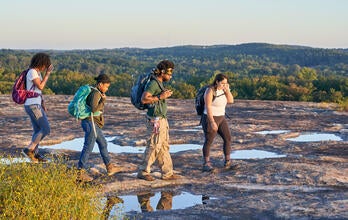