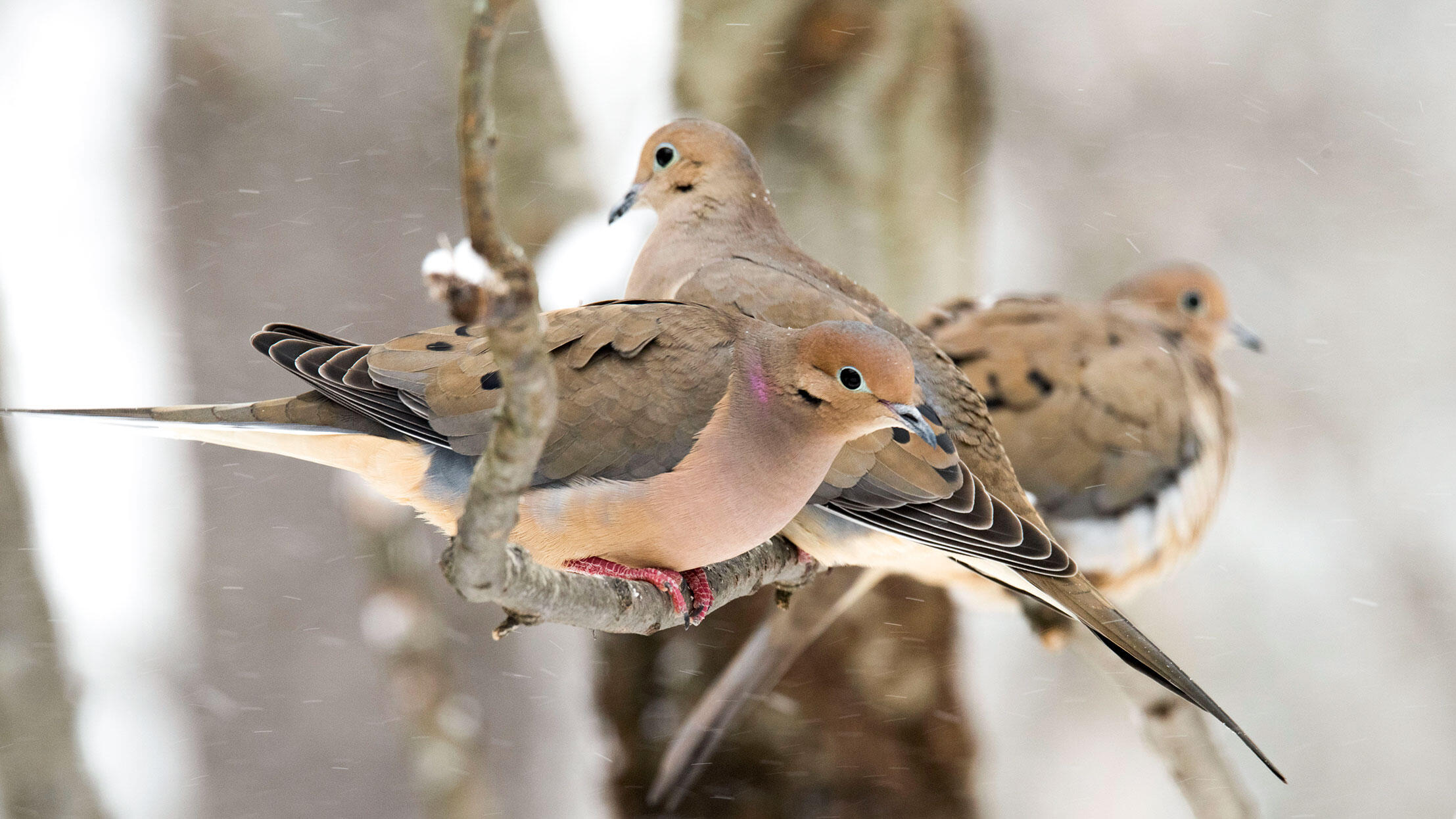 You can count on Mourning Doves to show up during a North American CBC. Photo: Betsy Bass/Great Backyard Bird Count

Test your birding knowledge with 10 species often found during the Christmas Bird Count.

Unleash the counters! The annual Audubon Christmas Bird Count (CBC) is upon us. In the space of three weeks, more than 2,500 groups of birders across the Americas will tally bird species in their area. For those who've never joined before, welcome. Everything you need to know about signing up can be found right on this page.

The CBC is a classic birding experience, offering a chance to see an abundance of common winter species, mixed in with a few surprises. In 2015, for example, wet and warm weather brought on by an El Niño​ caused a downtick in the count results, especially among northern finches and raptors. But in some places, new records were set when two Eastern Hemisphere species showed up: A Fieldfare turned up in Montana, a first for a U.S. CBC, and two Eurasian Marsh-Harriers were found on Bermuda and Barbados, which had never been counted in a CBC before.

The occasional surprise doesn't mean you have to memorize a European field guide: Every count group is guided by one or more experts, who will help identify rare birds. Instead, familiarize yourself with local species, like typical feeder visitors, hardy hawks, and waterfowl. They're the ones you will most frequently track. Test your ID skills with this photo quiz, which includes birds that are always reported from CBCs across the United States, plus a Western and Eastern specialty. Answers are at the bottom.

You don’t need experience or even binoculars to be part of this age-old holiday tradition.