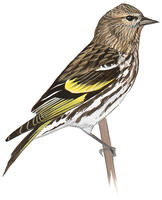 It was a banner year for the Great Backyard Bird Count. The more than 143,000 volunteers in 100-plus countries shattered the previous record for the number of species tallied during the annual citizen science survey. From February 13-16, birdwatchers recorded 5,090 species, or 48 percent of the world’s total avian species—some 792 more species than last year. The results were all logged in eBird, providing scientists with valuable information about the health of bird populations around the world.

The big boost is due in large part to the international GBBC contributors. This is the third year the 18-year-old event has ventured outside of North America. Volunteers in Ecuador counted the most species (784), followed closely by those in India (717), the United States (671), and Mexico (653). “We had mused about the possibility of seeing half the world’s species over four days,” says Marshall Iliff, the eBird project leader at the Cornell Lab of Ornithology, which collaborates on the annual survey with Audubon and Bird Studies Canada. “This year we came close to that, using data from countries like Malaysia and the Philippines.”

As in previous years, the majority of the submitted checklists were homegrown. This may explain why the most frequently recorded species were North American birds such as the Northern Cardinal, Dark-eyed Junco, and Mourning Dove. One European bird did crack the most numerous species list however: the Brambling came in at number 3, with a million individuals reported.

In the United States, the big story that emerged from this year’s count was the irruption, the cyclical migration pattern in which birds descend to areas outside of their seasonal range every few years due to limited resources, of winter finches. This year, birdwatchers found large numbers of Evening Grosbeaks, crossbills, and redpolls on the move. Pine Siskins, in particular, had a tremendous irruption. “We usually get a few [Pine Siskins] wandering down to some northern U.S. states in the winter, but this year they were incredibly wide-spread,” says Zachary Slavin, program manager at the National Audubon Society.

In fact, 171,312 Pine Siskins—more than ten times the total of 13,431 last year—were recorded roaming far and wide throughout North America. Their irruption may have been driven by their appetite for spruce cones. “Spruce trees have periodic cone drops every three to five years. When that happens, winter finches will have a good breeding year,” says Marshall Iliff, the eBird Project Leader at Cornell. The cone drop last summer explains why throngs of young Pines Siskins are expanding outside of their usual range, as they migrate south from the Arctic Circle in search of food and new territory.

Meanwhile, birders looking for a repeat of last year’s Snowy Owl irruption were not disappointed. Volunteers recorded 793 Snowy Owls in North America this winter, little more than half of the 1,412 seen last year. “This year was an echo of last year’s irruption, with many of the same younger birds returning to the southern territories that sustained them last winter,” says Slavin.

Volunteers in the Northeast braved the freezing weather and mounds of snow to help document these irruption patterns. Their data helps researchers understand how bird populations change in terms of movement and abundance as they cope with winter, says Slavin. “Blue Jays are a good example of a species we might look at in the Northeast. They are often thought of as resident, but sometimes migrate in large numbers. Individual jays will even migrate south one winter, and not the next.”

Visit eBird to explore this year’s GBBC data, see maps of Snowy Owl sightings, and view photos shared from around the world. We’d never play favorites, but hint: This chilly Titmouse is a good way to finally bid farewell to winter.