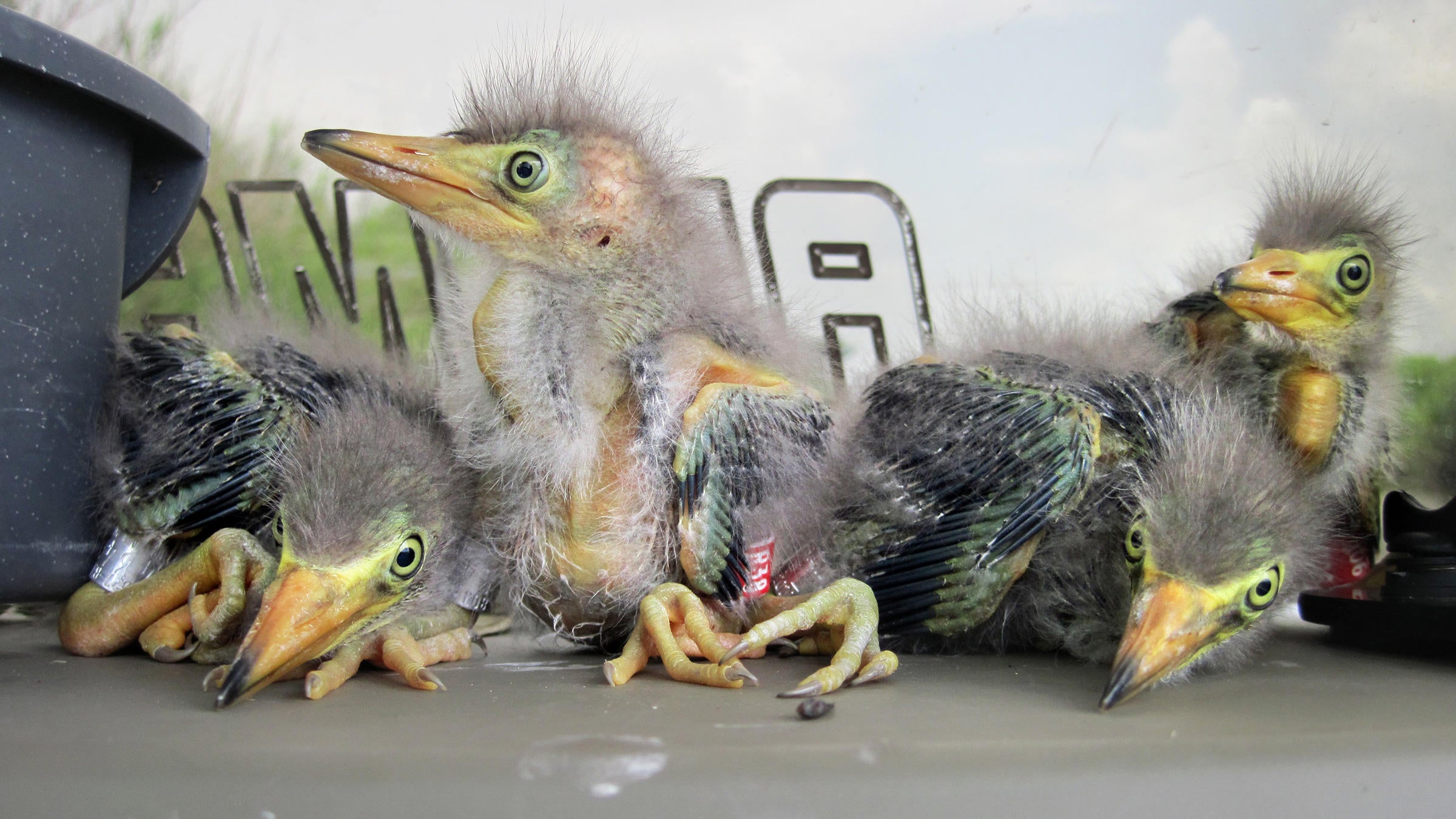 A Trove of Green Heron Nests Might Just Be Treasure

The discovery of a near-record number of nests in a Louisiana marsh could help scientists understand the elusive bird's seeming decline. 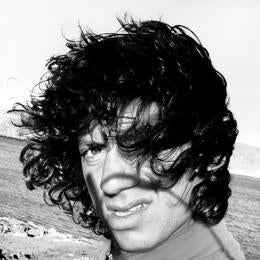 On a humid May morning, Timmy Vincent navigates a flat-bottomed boat through the marshy labyrinth of Audubon’s Paul J. Rainey Wildlife Sanctuary, in southwestern Louisiana.

“That looks herony,” says Vincent in his distinct Cajun accent, pointing to a thorny honey locust tree hanging low over the coffee-colored canal. Sure enough, wedged into a set of lower branches is a Green Heron nest.

“All right,” cries Erik Johnson, Audubon Louisiana’s director of bird conservation as he peers into the nest. “We got eggs!”—four tiny pale-blue ovals.

Green Herons can be found across much of the United States, though their skittishness makes them unusually challenging subjects to study. Unlike some other, more colorful marsh species, including Great Blue Herons and Great Egrets, which nest in large, noisy treetop colonies, the more subtly colored Green Heron prefers to nest in shrubs and low scrubby trees along secluded waterways. This makes their nests “extremely difficult” to find, says Louisiana Department of Wildlife and Fisheries ornithologist Michael Seymour.

But Vincent, who has managed the Rainey sanctuary for National Audubon for the past 18 years, seems to have a knack. Because he lives on-site, he regularly spots the often-secretive bird. It was Vincent who suggested to Johnson that he do a survey of the sanctuary's herons; last year Johnson and his team discovered 244 nests at Rainey and banded 142 chicks, one of the largest batches of Green Herons ever banded. Among this year’s goals is to find out just how many of these birds return from their wintering grounds. And by comparing data on survival rates and nest orientation, Johnson will also be able to determine the conditions that maximize Green Heron nesting success. “Rainey could very well be a factory for Green Herons,” he says enthusiastically, “producing Green Herons that are dispersed all over the landscape and helping to maintain local and regional populations."

The news would be particularly significant, since data from the Breeding Bird Survey, an annual survey carried out by the U.S. Geological Survey, suggest that between 1966 and 2013, Green Heron numbers declined 33 percent across Louisiana and 55 percent across the country. The species may be facing serious threats, although because so little is known about it, researchers like Johnson are unsure where to point the finger. “Is it a problem with breeding?” he wonders. “Is it a problem with migration? Is it a loss of habitat in the winter feeding grounds? We just don’t have a good enough understanding of the basic population to know the answers to these questions.”

The Green Heron’s inconspicuousness has actually helped save the bird. During the 19th century, plume hunters in search of fancy feathers for hats and ornaments nearly wiped out showier marsh birds like the Snowy Egret and the Roseate Spoonbill. And during the 1950s and 1960s, when eagles and falcons died off from the accumulation of DDT in their bodies, Green Herons, which eat tiny fish and crustaceans unlikely to contain significant quantities of the insecticide, were less affected. Also making Green Herons special is an impressive trait: They use tools. Like children catching crabs off a pier, Green Herons will perch on branches hanging low over the water and drop twigs to the surface--bait to lure minnows.

Roughly half the 244 Green Heron nests Johnson’s survey discovered at Rainey last year successfully hatched one to four eggs; the other half either failed to hatch eggs or had nestlings that died soon after hatching. This year, to figure out what is killing the eggs, Johnson will use cameras to monitor chick rearing. Possible predators, including raccoons, snakes, rats, Great Horned Owls, and alligators, could be a problem. Larger threats include habitat destruction—hundreds of acres of Rainey’s wetlands have been lost to recent hurricanes—and what happens to the birds on their winter feeding grounds, which range through the southern United States and Mexico and into Central America to Venezuela and Suriname. "They probably use a lot of mangrove habitat," says Johnson, “and mangrove destruction is becoming rampant in Central and South America.” With additional funding Johnson could attach GPS backpacks to the birds, which would yield precious information on just where they spend their winters.

With the sun dipping low, an adult Green Heron bolts from an acacia tree. Vincent carefully motors up to the tree. Johnson reaches in and pulls a trio of fuzzy gray chicks from a nest and places bands on their feet. Audubon coastal scientist Karen Westphal cradles the ultra-cute if odd-looking birds, bundles of beaks and legs. “One is always a watcher,” she says, "and one is a squawker."

The adult screeches at the intruders from out of sight but returns when the chicks are placed back in the nest. Johnson looks at the bird through his binoculars, hoping it might be one that he banded last year. It isn’t, but the season has just begun, and come July, when the survey is winding down, he hopes to have spotted at least a few birds banded the season before, recently returned from their mysterious winter break.

“As far as worrying about their long-term survival,” says ornithologist Michael Seymour, “I would say that concern for all colonial nesting waterbirds may be warranted. All birds deserve conservation."

This story ran as "Alien Landing" in the July-August 2014 issue.