Deep in Audubon’s Francis Beidler Forest Sanctuary, a man stood on a dry patch of swamp wearing jeans, a khaki naturalist hat, and a yellow button-up shirt, the ends of which were tied in a knot. Dwarf palmetto trees provided the only splash of green among the tupelo and cypress trees, their wide buttresses and knobby knees sticking out of the tawny, tannin-stained water.

The man’s name is Ken Battle, and he serves as chair of South Carolina’s Summerville-Dorchester Museum, about a 30-minute drive from the sanctuary. He was here at Beidler, beside a makeshift camp with a shelter made of palmetto fronds, to demonstrate for onlookers what life was like for Maroons—slaves who freed themselves from bondage by escaping into the tangled swamps often bordering plantations.

On February 24th, in the midst of Black History Month, I attended Audubon South Carolina's Maroons Cultural Heritage Day, an event held by the museum and Audubon at the Beidler Forest Center located in the state's swampy coastal plain, or “lowcountry.” A registered National Natural Landmark and Ramsar Wetlands of International Importance, Beidler is part of the Four Hole Swamp and encompasses the largest remaining old-growth cypress-tupelo swamp forest. The sanctuary is now protected by the National Audubon Society, but it once hosted runaway slaves such as James Williams, who sought refuge in the swamp several times and whose story would be highlighted that day.

Shortly after I arrived, I joined a group of roughly 15 people as they headed down to the sanctuary’s 1.75-mile elevated wooden boardwalk. We soon encountered the first of eight stations, where Audubon and museum volunteers were waiting to offer visitors a glimpse into how Maroons survived in the swamp. We were only the second tour of the day, and it was an unseasonably warm February morning. As the sunlight easily filtered through the swamp’s leafless branches, the volunteers' excitement was palpable.

“I became passionate about Maroons because I wanted to talk about the successes—people who would not accept enslavement and who came out here to live and be free,” Battle told our group from his position several feet below the elevated boardwalk. “We want to share [this history] with our people to say, you know, some people never accepted the way things were. They always wanted to be free—you can really see the spirit of freedom that lives out here.”

Growing up in South Carolina, the swamp was a place I always felt free. As a kid, this freedom allowed me to cover myself in mud and dance atop cypress knees wearing curly, gray Spanish moss on my head like a wig. As I grew older, the swamp was a place where I found respite from traffic, and people, and the mundane aspects of day-to-day life. But the freedom Battle spoke of was different, something specific and impossible to fathom unless you had lived the life of a slave. Oddly, it was also a type of freedom I never even learned about in school.

As we weaved our way through the swamp, our tour guide, Ricky, pointed out birds, turtles, and snakes that we might have easily missed, each species camouflaged seamlessly into the brown forest. The demonstrations at the various stops featured daily Maroon chores, including harvesting medicinal plants and making split-oak baskets, and even a traditional dance of the Gullah/Geechee people—a group of former slaves who developed their own culture and language, based on their West African heritage, in the lowcountry and Sea Islands from North Carolina to Florida.

At one station, a presenter wearing blue-jean overalls and standing calf-deep in swampy water explained how Maroons fished. They would attract mudfish using a lighted flame, he said, and then club them with a stick when they approached the surface. A bearded man with thick glasses then asked the man how to prepare snapping turtles, Maroon-style. The answer: Put them on open coals until the shell gets brittle, then peel it away to get to the flaky, white meat underneath. 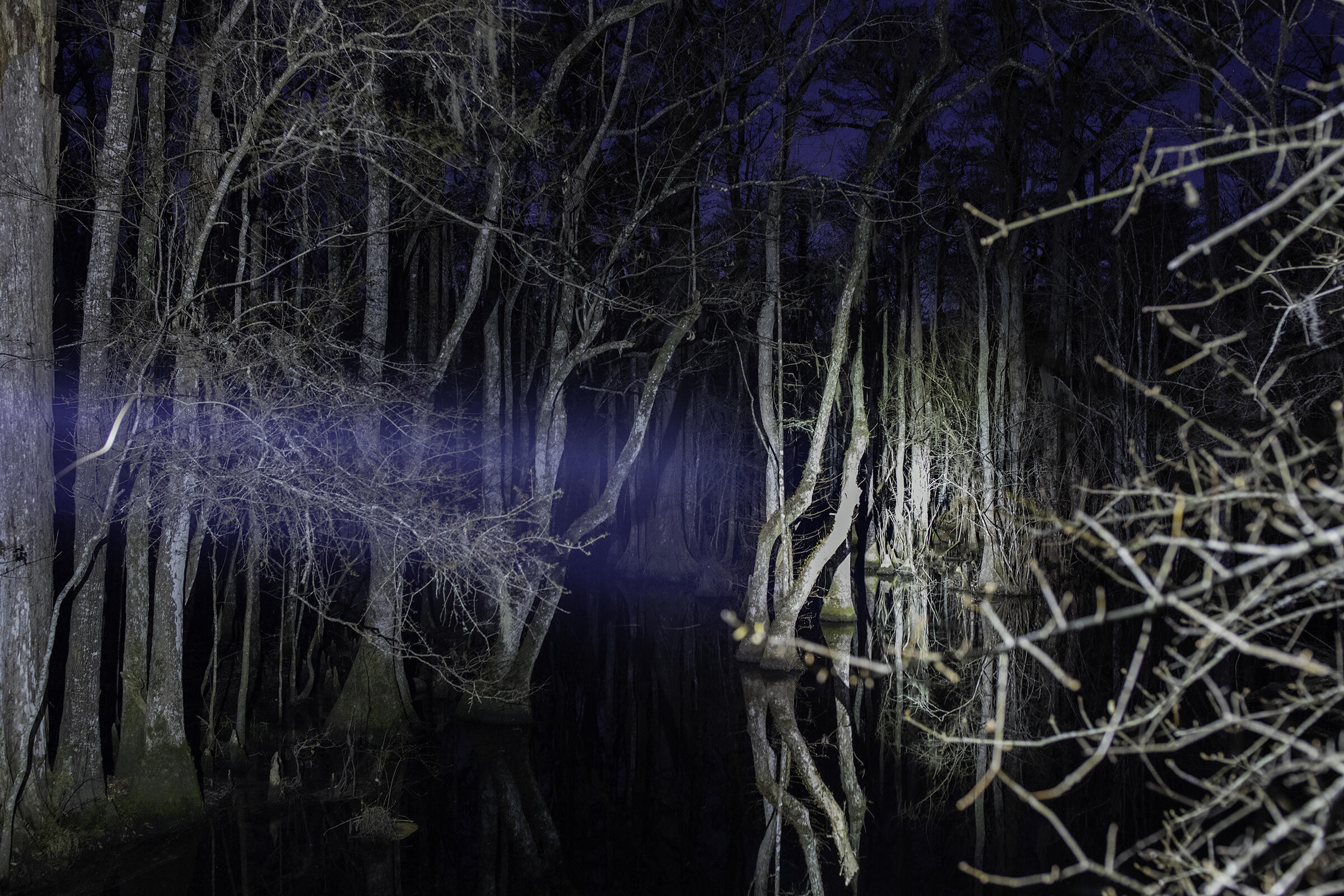 Looking at my tour group, the mix of people and conversations was different than what I was used to experiencing on nature walks through South Carolina’s wild areas. Sure, there were the typical birders and naturalists donning khaki vests and hoods that converted into mosquito nets, but also scanning the trees and enjoying the day were just as many African Americans in jeans and T-shirts.

“When you think of the forest, you don’t think of African Americans, so to have people out here talking about the Maroons—it’s important,” Millicent Brown, a historian at Clafflin University, said to me as she adjusted her purse strap, to which she had fastened a large “Black Lives Matter” pin. “I am really interested in places that are trying to expand their demographics, so I’ll be back. And I have a lot of friends!”

As I soon learned, this is exactly the kind of sentiment Sharon Richardson, the executive director of Audubon South Carolina, hopes to hear. Talking with her after my tour, Richardson underscored just how important diversity and inclusion is to Audubon on a national and local level. According to her, although Dorchester County, where Beidler resides, is surrounded by white and black communities, visitation doesn't reflect those demographics—unless the sanctuary is hosting a school group. Richardson wants to change that.

“It's important that our membership and centers reflect the communities we serve,” Richardson said. Behind her, young girls draped the center’s snakes, normally used for educational purposes, around their shoulders. “At Beidler, we are very intentional about working with local schools. Cultural Heritage Day allows us to broaden that circle, bringing families and community leaders together to honor the memory of the Maroons, and helping make the connection between the forest today and the freedom and refuge it represented for the enslaved.”

This idea of inclusivity had been a theme throughout the day. But nowhere had it been more evident than on the last stop of the tour, where Drew Lanham, a wildlife biologist at Clemson University and an Audubon board member, passionately explained what Beidler and Four Holes Swamp meant to him. There were no fires, or fishing poles, or props at Lanham’s station. Instead, he brought the Beidler from hundreds of years ago alive through poetic prose that perfectly encapsulated the day—and the importance of conserving a place’s history along with its flora and fauna.

“Walking into Beidler Forest is a trip into time measured, in seconds of a glimpsed golden swamp warbler, or millennia measured in the girth and towering canopy of a thousand-year-old cypress tree,” he said, spinning around to gesture at the swamp in its entirety. “It is interweaving of ecology and culture from present and past, reflected in blackwater and echoed in Barred Owls telling stories that their generations have witnessed. From my free-willed watching to the enslaved Maroon’s quest for the same liberty to just be, it all comes together for me in this very special place.”