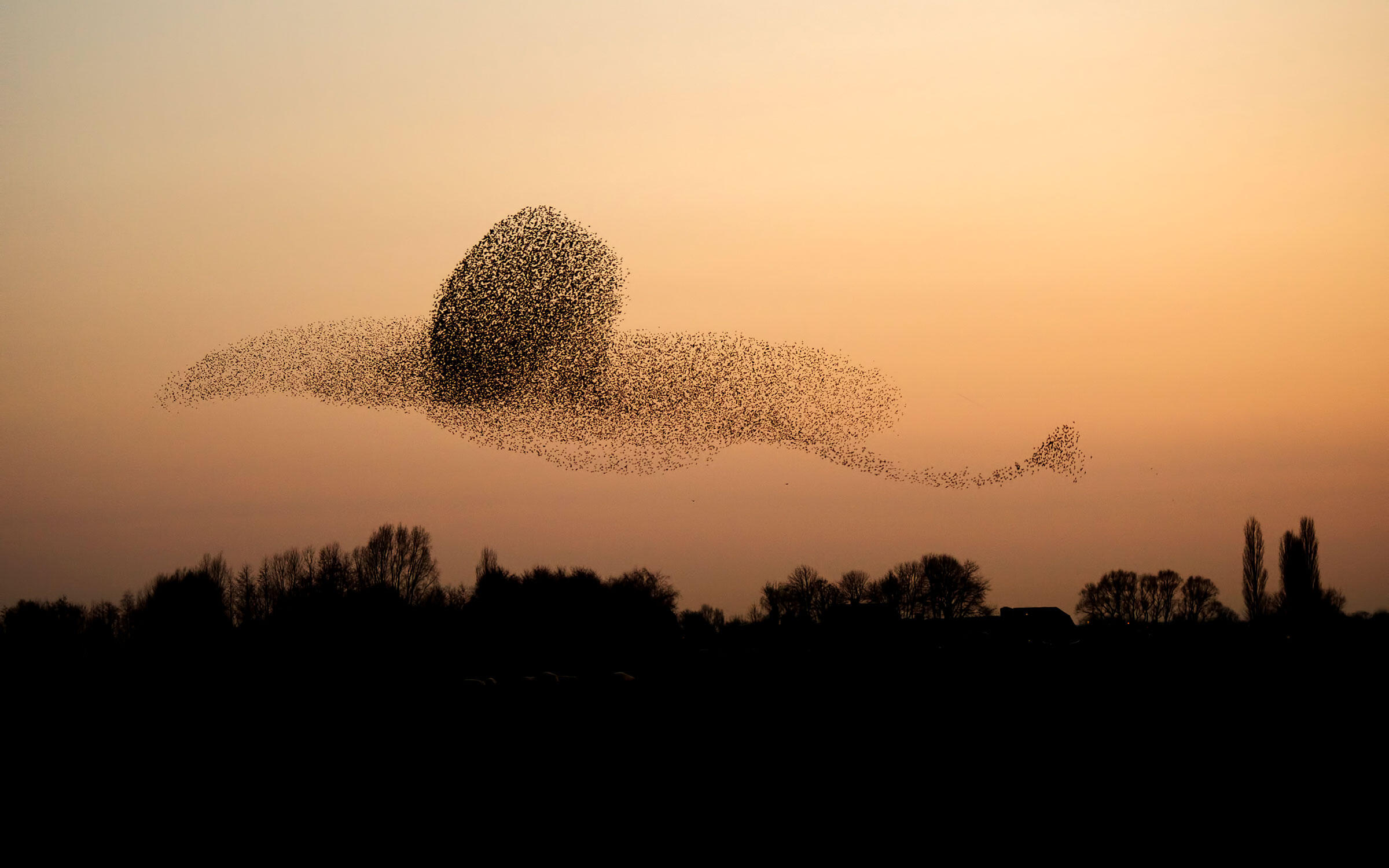 At a Time of Standstill, Remembering the Significance of Life on the Move

With fall migration well underway, birders can appreciate the ecological and societal importance of global mobility during a difficult year. 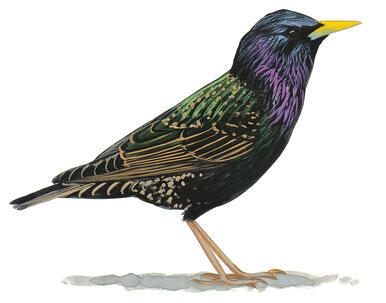 During the second World War, newly developed radars installed for detecting the movements of enemy forces repeatedly picked up signals of flying objects moving in formation under of cover of darkness. Signals would expand outward in concentric rings, before vanishing into nothingness.

Pilots sent out to investigate couldn’t find the source, and when ornithologist David Lack suggested that the signals might be caused by flying birds, military leaders didn’t believe him—they didn’t think birds flew at night, especially in numbers large enough for radar could detect. A lore caught on: The strange echoes must be “radar angels” sent by fallen soldiers, calling from beyond the grave.

We’ve often failed to appreciate the scale and significance of movements on our shared planet—of wildlife, and of humans, too. Up until the mid-20th century, leading researchers claimed that migration had played such a minor role in human history that the people who lived on different continents had evolved there. Today’s policymakers similarly underestimated the pace of human movements when, in the initial stages of pandemic, some claimed they had sucessfully stopped the deadly spread of novel coronavirus by closing borders, seemingly unaware that seven million people had already left the city of Wuhan, China before it was locked down. It was only after borders around the world slammed shut that that it became clear that our global movement patterns—combined with leaders' slow or limited responses—made scrambling efforts to stop the microbe’s global dispersal ultimately futile. Now national borders must be tightly managed, with only varying degrees of success at containing the spread, in unprecedented ways.

Through our blinkered view of mobility, the negative aspects of movement often capture society’s attention, and not just this year. In the Bible, for example, the movements of insects inspire outsized fear: They are expressions of divine punishment and harbingers of apocalypse. Wild species that range into new habitats are often similarly characterized as unwanted invaders. Meanwhile, in our political cultures, human migrants are irrationally blamed for all manner of social ills and their arrival reflexively framed as a kind of catastrophe.

Mobility allows many species to adapt to environmental variation.

It’s true that movement can be disruptive and unsettling, and fear can be justified in a year when even a trip to the grocery store feels perilous. But misunderstanding the scale of movement and only focusing on its risks makes it easy to lose sight of its broader meaning and importance.

Mobility allows many species to adapt to environmental variation. That’s why migratory behavior has evolved more frequently in creatures exposed to mutable conditions, such as insect-eating birds breeding in highly-seasonal climates, compared to those that are buffered from change, such as those feeding on forest seeds and plants available year-round. Ecosystems, too, depend on the biological connections of creatures on the move. More than 90 percent of the trees in rainforests, for example, rely on the movements of birds and other animals to disperse their seeds.

Our mobility, as with birds', is fundamental to our biological resilience. It’s why the development of the human body is not robotically controlled by genes but sensitive to external cues, from climate and diet to the micro-environments around our genes, allowing our bodies to thrive in a wide range of conditions, from the arid heights of the Tibetan plateau to the tropical rainforests of Brazil. Our capacity to cooperate across geographic barriers relies on the cultural connections forged by people on the move, injecting genetic and cultural diversity into otherwise insular societies. We were built to move.

One day, whether it takes months or another year or more, the pandemic will wane. As life begins to return to normal, the tremors of a world on the move will seem ominous. But even though the pandemic inspires justifiable fear of the deadly effects of roving biota, we can remember the broader life-affirming value of movement in history and nature persist. Scientists saw this when, two decades after the war, they revisited the radar angels and tracked the echoes to a stand of trees covered with starlings. As they watched, the starlings lifted into the air as one, then settled again on trees situated in a concentric circle around those they’d left, just as the ghostly radar signals had indicated. Their branches, vibrating with movement, teemed with life.

Sonia Shah is a science journalist and author of Pandemic: Tracking Contagions from Cholera to Ebola and Beyond (2017) and The Next Great Migration: The Beauty and Terror of Life on the Move (2020).

In this month's Ask Kenn!, bird expert Kenn Kaufman provides a detailed look at how geography shapes the routes of migratory birds.

In Quarantine, I Finally Understood the Magic of Birds

It took a pandemic for me to see what my mother had been trying to show me my whole life.