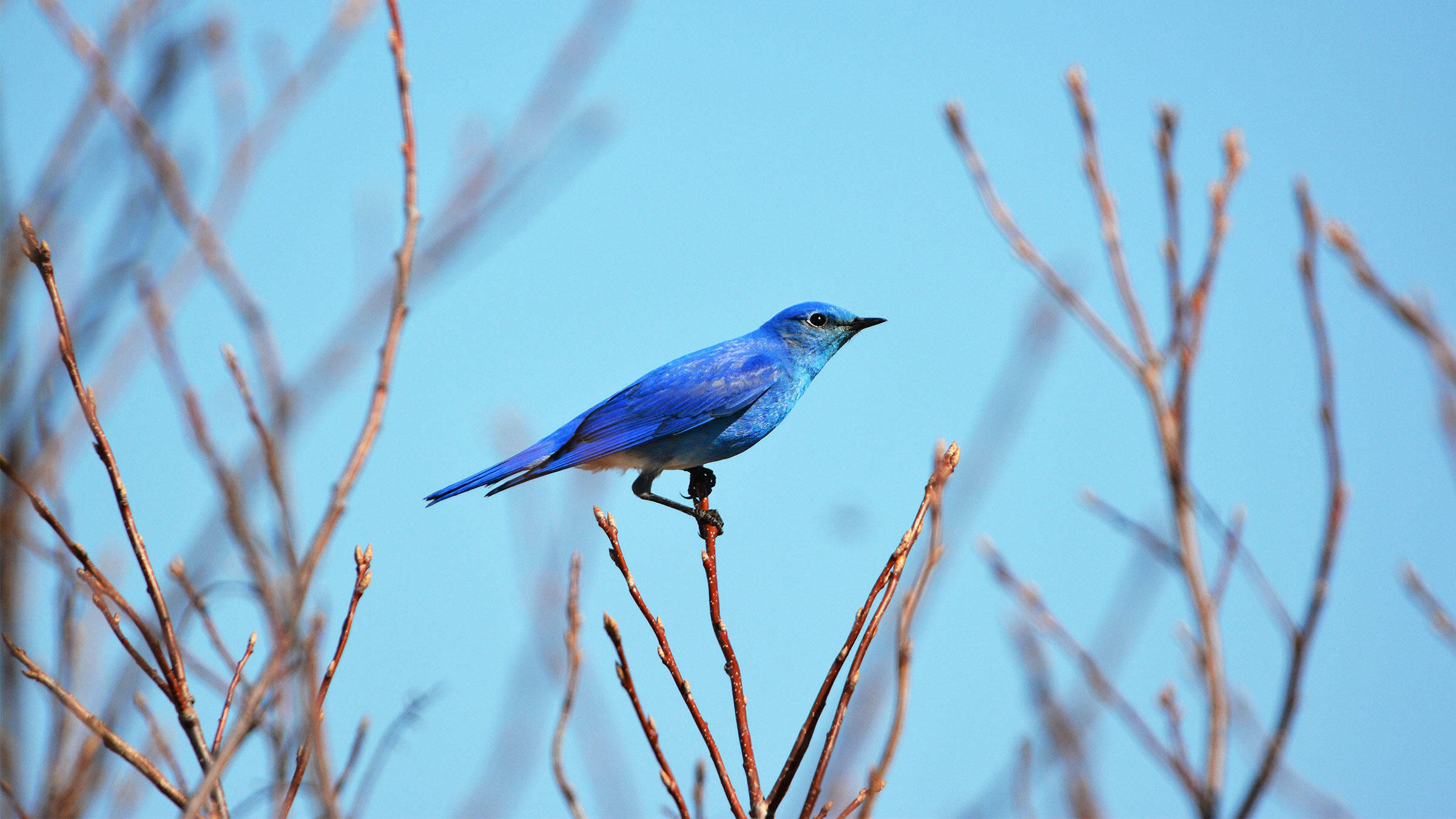 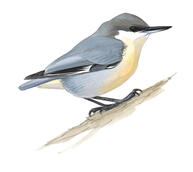 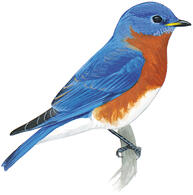 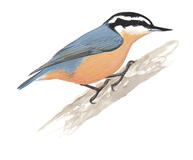 Cathy Cornelius and Jay Davis are no strangers to counting birds for science. They’re both experienced amateur birders who dedicate their spare hours to ornithology projects. Cornelius monitors birds killed by window collisions for Atlanta Audubon Society, putting her in the unusual position of seeing some species for the first time only after they’re dead. Davis counts birds throughout the year for science—Audubon’s Christmas Bird Count in the winter and the Breeding Bird Survey in the summer—and particularly enjoys spotting favorites, like Bonaparte’s Gulls playing along Georgia’s coastline.

So when Cornelius and Davis heard about a new community-science project that aims to study how climate change is affecting bird populations, they jumped at the opportunity to participate. They are two of about 300 volunteers recruited by Audubon chapters and centers to take part in Climate Watch, a pilot project that launched in January 2016. Unlike many community-science projects, every aspect of Climate Watch is carefully tailored to the issue Audubon’s scientists want to study: How accurately are we predicting where birds will go as the climate changes?

In 2014, Audubon released its Birds and Climate Change Report, which used Christmas Bird Count and Breeding Bird Survey data to model how different bird species’ preferred climatic conditions, like temperature and rainfall, may shift in response to climate change. But all models are guesses—educated guesses, for sure, and based on lots of data, but still, guesses.

There are some basic ways to decide whether a model’s predictions can be trusted. For starters, it helps to know a lot about where a species lives now if you want to model its future range. Common birds like bluebirds, which are spotted frequently in bird surveys, tend to have more data points and therefore generate a more reliable model. In contrast, models for species that are harder to spot, like Cerulean Warblers, are dicier. “You wouldn’t go to Vegas and bet on them,” says Nicole Michel, a quantitative ecologist at Audubon who leads Climate Watch’s statistical work.

Many models also rely on the fundamental assumption that a species’ preferred climatic conditions won’t change—that is, birds will search for the climate they’re used to rather than hunker down and ride out whatever changes come. Climate Watch allows scientists to test this underlying assumption, in addition to seeing whether birds hew to the model’s predictions. “From a modeling standpoint, we’re doing something new that nobody else is doing,” Michel says.

To do this, the Climate Watch team first chose which species to study. Right now, they’re following two groups: the bluebirds, which includes Eastern, Western, and Mountain Bluebirds, and the nuthatches, which includes White-breasted, Red-breasted, Brown-headed, and Pygmy Nuthatches. The Climate Watch team decided to start with groups that are widespread and easy to identify. “We want Climate Watch to be for everybody,” says Brooke Bateman, who runs the project for Audubon. “We don’t want it to be just for really elite birders.”

Then the team predicts how climate change will shape future climatic conditions across the landscape. The scientists are particularly interested in two types of places: areas where the birds don't live now but might in the future, and areas where the birds currently live that might become unsuitable for survival. Then, the race is on to beat the birds to those areas so scientists can track their changes on the ground. “We’re getting to those points early, so we can watch how birds respond as climate change is happening,” Bateman says.

That’s where community scientists come in. Each January and June, birders gather the data that will let scientists test whether their predictions are correct. Those eyes and ears on the ground are crucial. “These processes happen at a landscape scale,” Bateman says. “We wouldn’t be able to do it without the network of volunteers across the U.S.”

So far, about 300 people have taken part in the project. (That number will grow this summer, when the project is opened to non-Audubon birding groups, and further down the road, when it’s opened to the public.) To set up a study plot, local coordinators check the Climate Watch maps that show where climatic suitability might increase or decrease, and use them to help volunteers decide where to survey. The protocol requires 12 “point counts” within a set 10-kilometer square. At each point-count location, which is chosen with the type of habitat the target birds prefer in mind, the birder watches and listens for five minutes and records all the birds he or she identifies. Like so many other aspects of the program, those aren’t arbitrary requirements: Michel needs that much time on the ground to accurately determine whether a species visits that particular 10-kilometer square.

From there, Climate Watch works more or less like other community-science projects. Volunteers have two weeks within each survey period to perform their counts, which offers enough flexibility to accommodate their schedules and avoid bad weather. They report all their sightings in eBird, and the Climate Watch team receives the data to compare with their climate predictions.

So far, volunteers are coming back for more—which is good, since Michel needs many more observations before she can start analyzing the data in earnest. “From a statistics standpoint, we’re hungry, we always want more data,” she says. Last year, Climate Watch tallied more than 1,300 bluebirds across the three species. Data is still coming in for this January’s research, but volunteers submitted twice as many checklists as last year.

In the end, it’s all about the birds. While volunteer outreach is an important recruitment tool for Audubon chapters and centers running Climate Watch sites, the popularity of the target birds has made that task easier—bluebirds and nuthatches are real crowd-pleasers. Jennie Macfarland, who coordinated Climate Watch surveys around Tucson, Arizona, was particularly excited to see that bluebirds were part of the project launch because her neighborhood is a rare three-bluebird territory: In addition to Mountain and Western Bluebirds, Azure Bluebirds, a subspecies of Eastern Bluebirds, nest on the local mountains nicknamed Sky Islands.

Atlanta chapter members were pleased to see nuthatches added because they ran a two-year campaign in 2015 and 2016 around Brown-headed Nuthatches. Volunteers worked to raise awareness of the bird and convinced residents to put up a few hundred nest boxes. Like bluebirds, nuthatches are an easy sell. “They’re such a charismatic little bird, they have the cutest little squeaky dog toy noise,” says Adam Betuel, Climate Watch coordinator for the chapter. It doesn’t hurt that the Brown-headed Nuthatch is only found in the Southeast, which helps people feel connected to the bird.

Nevertheless, Climate Watch isn’t all sunshine and bluebirds for the community scientists. The Tucson group ran surveys as little as a mile away from the Mexican border, where Macfarland says she never sends individual birders, given the high tensions in the area. In Central New Mexico, coordinator Judy Liddell and her volunteers have to choose survey areas carefully to avoid privately owned land, where residents can be prickly about strangers with binoculars.

But the challenges can turn into opportunities, too. Atlanta volunteer Cornelius had a survey square in the very center of the city, so she led counts at public parks and cemeteries that offered a respite for the birds—not just the bluebirds and nuthatches she was seeking, but also other species, including a flock of about a hundred Cedar Waxwings at one cemetery.

Michel will know about all about those waxwings, since Climate Watch volunteers report all the birds they see, not just bluebirds and nuthatches. Complete lists make richer datasets for the scientists to analyze and will offer a baseline for species that are later added to the project. And not every checklist submitted will include bluebirds or nuthatches. That’s still valuable information, since the project is just as interested in the new places where birds will show up years from now as the places where they currently live.

Climate Watch already has its eye on candidate species to add next year. The team is particularly interested in adding an urban bird group, and they’re triaging birds based on how dire their climate predictions are. Adding more species is particularly important because different birds will likely respond to climate change in different ways. That means knowing what bluebirds do will tell scientists only so much about the fate of, say, owls.

The process needs a little more testing and fine-tuning. But once the project opens to the public, reports will start pouring in and the real analysis will start. Michel doesn’t need years and years of data before it becomes useful, either. In fact, even with the limited 2016 data, the team spotted an odd trend they’re looking to explore: only Eastern Bluebirds, not Western or Mountain, seemed to favor areas with nest boxes. There’s a chance that might reflect competition for nest boxes with other species, but for now it’s too early to tell.

As all those tallies land on her desk, Michel usually ends up seeing birds as “numbers on a screen,” she says. But last June, she decided to take a break from her computer. She went outside to do her own point counts, and in the process created a data set that she’ll later analyze with everyone else’s. That makes Michel one of the only participants on both ends, collecting data and analyzing it. And lucky for her, she even got to see a few bluebirds. 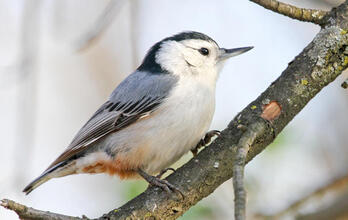