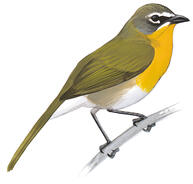 This week, Audubon submitted comments to the U.S. Bureau of Reclamation (Reclamation) on the draft environmental impact statement for the Lake Powell Pipeline (LPP) Project on the Colorado River. These comments are submitted on behalf of National Audubon Society and several Audubon Chapters located in Utah, Arizona, Colorado, Wyoming, New Mexico, California, and Nevada.

While Audubon recognizes the years of effort that have gone into the development of the environmental analyses for the Lake Powell Pipeline, our letter lays out the reasons Audubon does not support any decision by the Reclamation that would approve the preferred alternative for the LPP. We are particularly concerned that the seven Colorado River Basin states preserve their consensus decision-making process. At this time, the only supportable alternative is the no action alternative.

Water demands exceed supply in the Colorado River Basin, and climate change is further exacerbating this supply-demand imbalance. Audubon and its members know and suffer the impact of this imbalance directly, as we work to restore decimated habitat in the Colorado River Delta, where the river has not flowed regularly since the filling of Lake Powell more than half a century ago.

Today, in addition to leaving the delta dry, the water supply-demand imbalance on the Colorado River degrades bird habitat on the Colorado River mainstem in the Lower Basin, creates shortages for water users in the Lower Basin in the United States and Mexico, and threatens shortages to water users in the Upper Basin. We do not dispute that these impacts already exist. They have manifested over the past century as Colorado River depletions have increased, and climate change has impacted streamflow. Already, many pay the price for the supply-demand imbalance, including Colorado River water users, tribes, hydropower customers, businesses that depend on the River’s legendary recreational values, birds and other wildlife that depend on the River’s habitats, taxpayers in Colorado River basin states, and taxpayers in the United States and Mexico. The additional depletion of the proposed Lake Powell Pipeline will increase the magnitude of each of these impacts, and while the incremental impacts may be small relative to the existing supply-demand imbalance, that is true only because the existing impacts are large. The impacts of the proposed Lake Powell Pipeline on the Colorado River will be significant and costly.