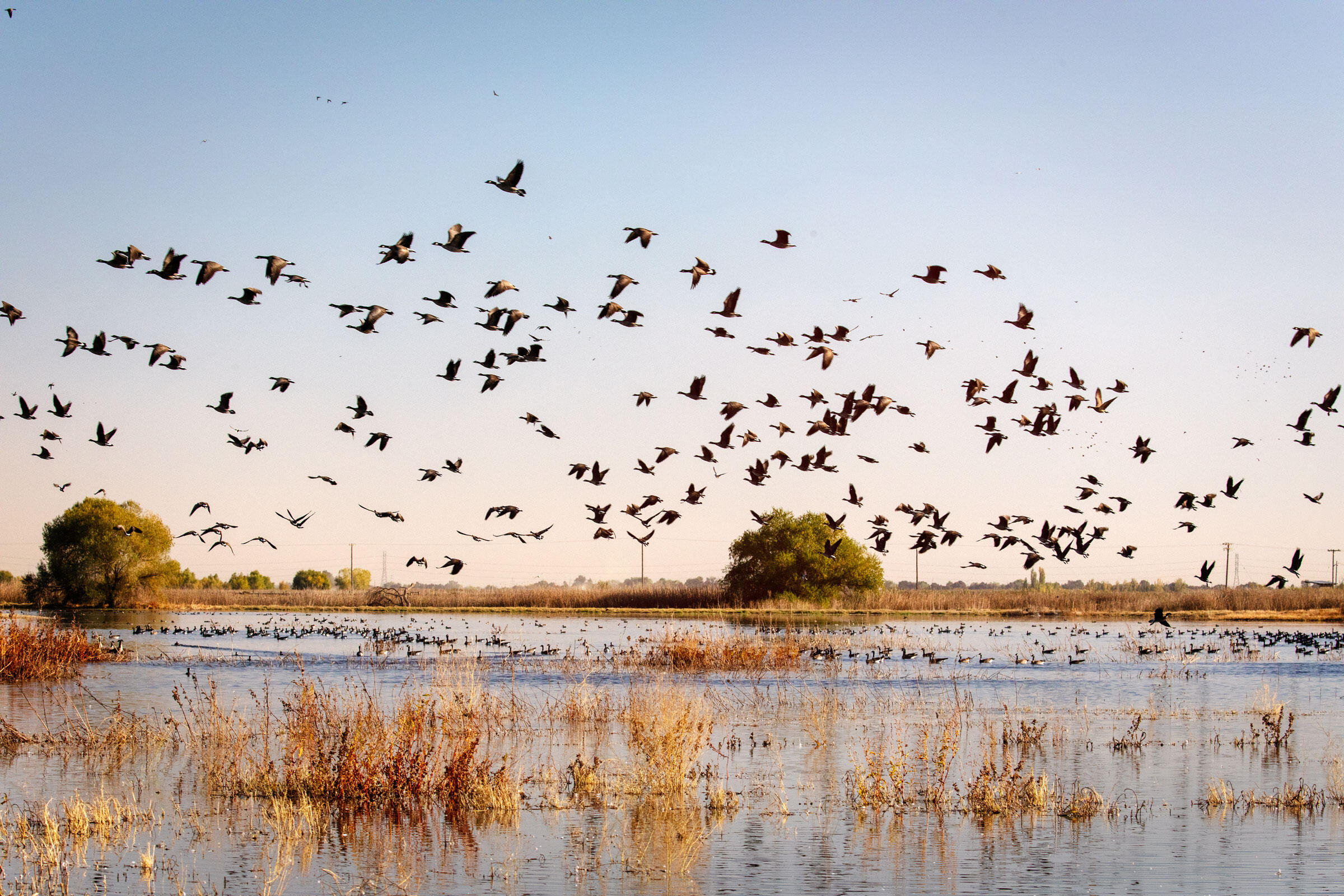 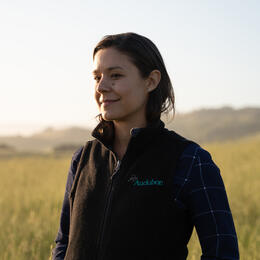 By Meghan HertelDirector of Land and Water Conservation, Audubon California

By Meghan HertelDirector of Land and Water Conservation, Audubon California

This is the time of year when I find myself looking at the sky, pausing on my evening walk, and listening for the first signs of fall waterbird migration. For me, the echoing call of the Sandhill Cranes or the noisy honking of a flock of Snow Geese flying over my Sacramento home signals the start of waterbird migration season. It is a moment that I look forward to each year.

This year though, those cranes, geese and the millions of waterbirds that have followed the same pathway for thousands of years, are finding a stark landscape in the Central Valley, which stretches nearly 450 miles up California’s middle and hosts some of the nation’s richest farmland. With the vast majority of the state in “extreme” or “exceptional” drought, the habitat that these birds rely on in the Central Valley – our last remaining wetlands and the surrogate habitat created in agricultural fields like rice and alfalfa – have seen major cutbacks in water. For example, Central Valley public refuge wetlands are receiving 60 percent of the water they need to fully manage for habitat. Surrounding winter-flooded rice fields, effectively surrogate wetlands where many waterbirds find roughly half of their food, are also reduced by more than two-thirds. What this means is fewer places for waterbirds to stop, rest, and refuel. This in turn can cause overcrowding leading to avian disease outbreaks and reduced breeding success when the birds return north in spring. Some critical migration stopovers like the Klamath basin, on the Oregon border, have so little habitat that we are tracking to see if some birds choose to bypass these locations altogether, flying further southwards or to coastal estuaries, stretching their limited time and resources to try and reach healthy habitat.

The good news is that we are not unprepared for this drought: We learned from our last California megadrought which ended in 2017. Audubon participates in partnerships, including the Central Valley Joint Venture (CVJV) and the Migratory Bird Conservation Partnership (MBCP), that have created new science to help guide when and where we release water to have the largest benefit for birds (see the recently released 2020 CVJV Implementation Plan and Point Blue Conservation Science’s Water Tracker). We have also worked together to build new ways to collaborate with landowners to create habitat on the ground for birds. Efforts like The California Ricelands Waterbird Foundation’s “Bid4Birds” program and BirdReturns program, launched by The Nature Conservancy and now growing to scale through MBCP, both provide an opportunity for conservation efforts on private lands. We also have better policies now to protect our limited water resources, including the Sustainable Groundwater Management Act, which passed in 2014 in California.

Using science to inform and improve the creation of habitat for birds and other wildlife, designing innovative ways to work with land managers to support the creation of habitat, and ensuring that state and federal policies are protecting our valuable natural resources are what birds and other wildlife need every year – but particularly now that drought is part of the “new normal” under climate change.

Audubon is excited to be working this year with some of these same partners, the State of California and other groups to complete new science and to deploy emergency habitat out on the ground. This includes supporting a study of how drought is impacting shorebird health and to better understand how migratory shorebirds, like Dunlin and Long-billed Curlew, adjust their use of the Central Valley landscape when faced with limited food and water. This new research, which builds off of MBCP research in the previous drought, will help us better respond to future drought conditions. We are also working collaboratively to deploy emergency drought response funding to create or extend habitat on agricultural fields and wetlands. This emergency response habitat will be in place as some of the millions of wintering waterbirds that rely on California’s Central Valley begin to arrive here in large numbers.

These types of partnerships, ones that perform innovative, applied science; that co-create and deploy nimble on-the-ground responses to support birds and wildlife; and ultimately that inform and result in supportive public policies that protect our natural resources are crucial if we are going to protect the Pacific Flyway in the new reality of climate change driven extreme events like megadroughts.

As I listen for the first calls of the Sandhill Cranes overhead, I am hopeful that what we have learned in the past and the work we are doing now will ensure a future where these calls continue to echo across the Central Valley landscape for another thousand years.

This piece is running as part of a series on the impacts of climate change along the Pacific Flyway.