What animal is two-feet long, runs like the wind, loves cactus, catches lizards, snakes, and scorpions . . . and has feathers? What if I add that it is the most famous bird of the Southwest and has had a long run as a cartoon character? Roadrunner, of course!

Bird experts know it as the Greater Roadrunner. There’s a Lesser Roadrunner in southern Mexico.

Let’s listen to its true voice. Sounds rather like a lonely puppy, doesn’t it? The soft cooing voice hints at its connections to other birds: Scientists group roadrunners with the cuckoos.

The Greater Roadrunner is a common species in the desert and brush country of the Southwest, but its full range reaches from California to western Louisiana.

For example, driving near Tucson, you might spot a Greater Roadrunner along the roadside, standing atop a boulder, eyeing you carefully. As you slow down, it raises and then lowers its crest, showing off the blue skin behind its eye. The tail levers to a high angle, then slowly pivots downward.

The roadrunner is poised, ready to sprint. Ready to outrun you—or that coyote. Again.

In case you’re wondering, the bird does fly, albeit infrequently. Catch the roadrunner at our website, birdnote.org. I’m Michael Stein. 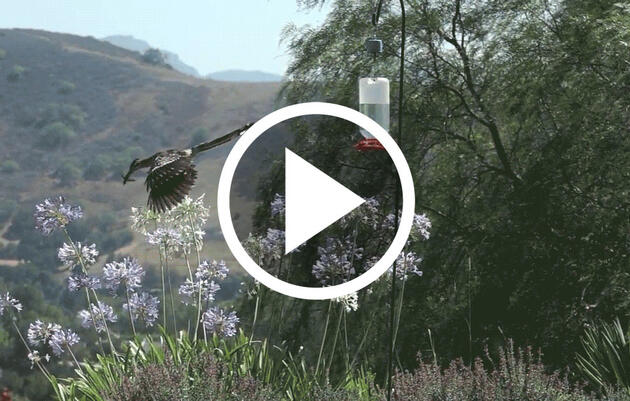 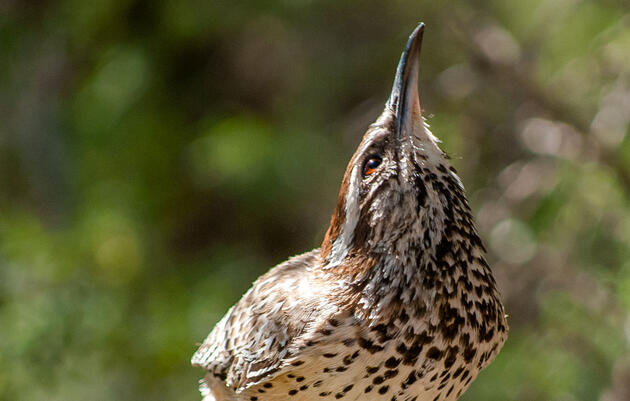 Hear the Desert Come Alive with Birdsong During a Spring Shower

It isn't just parched plants that welcome the rejuvenating rain. 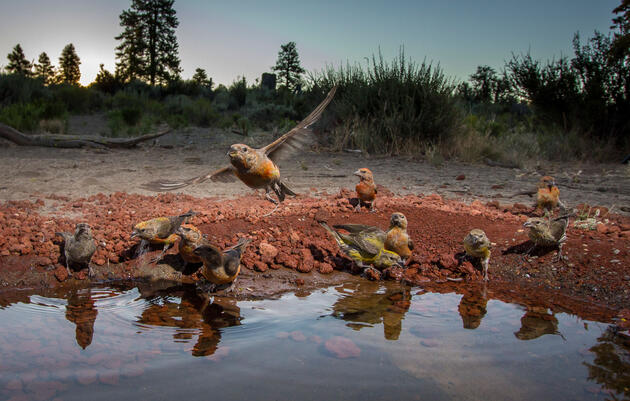