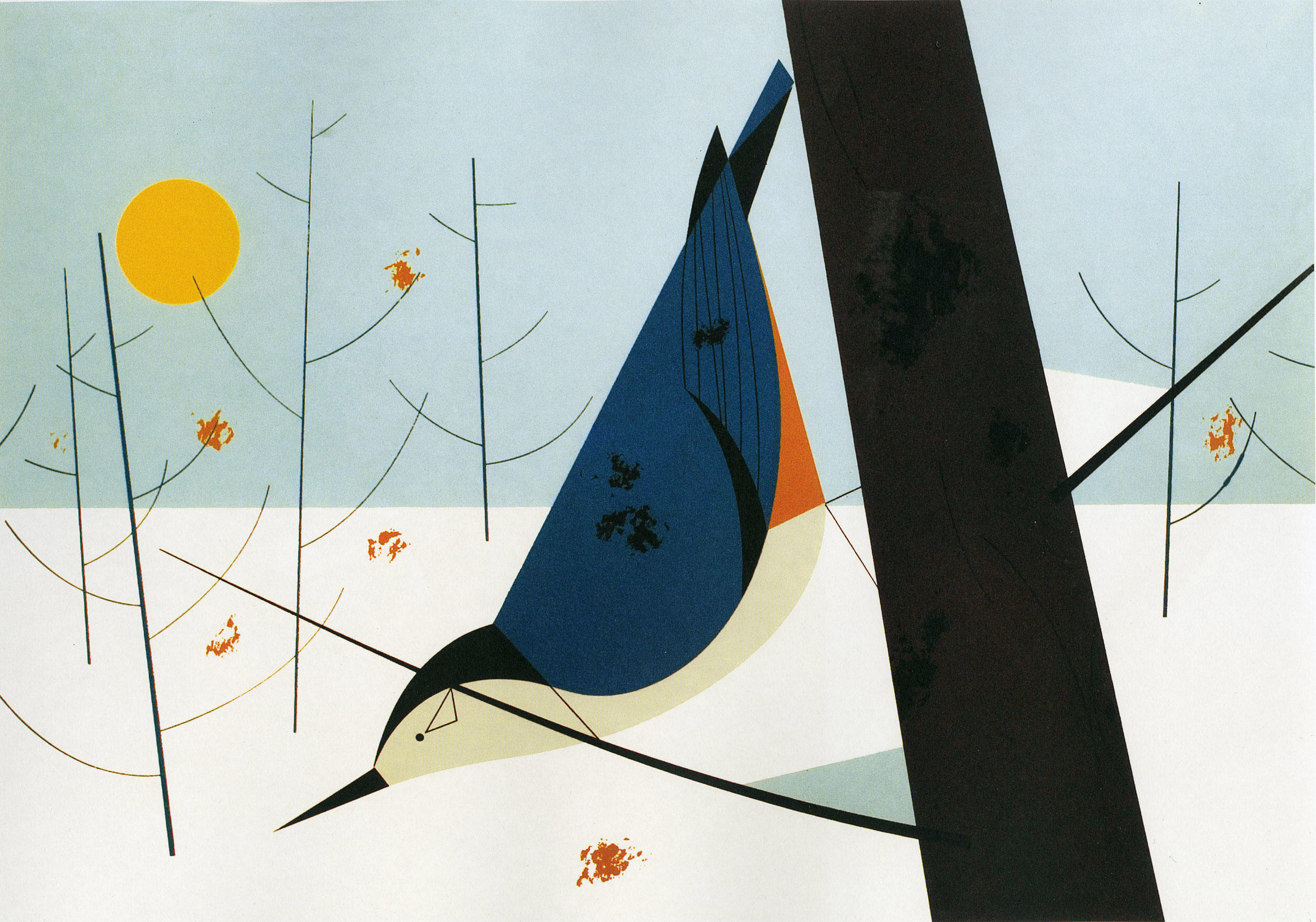 Birdist Rule #10: Know What Birds Are Doing Each Month

Use this Birdist-approved almanac to keep track of birding time.

[Ed. note: Sections of this piece have been updated to balance The Birdist's opinions with a general overlook of migration trends in the Northeast. He may detest March birding, but you should still give it a try!]

You don’t go knocking on strangers’ doors for candy in January. You don’t run downstairs and look for presents under the houseplants in May. And you definitely don’t put on a parka and grab your sled in the middle of an intense August heat wave.

As a person, living season to season makes total sense. But it’s the same way for birds, too. And to be a really effective birder, you need to know where birds are and what they’re doing each season and each month.

Here’s a handy almanac (mostly focused on birds in the Northeast) to help you use the time of year to your birding advantage.

It’s winter, and it’s cold, but the birding is surprisingly great. The lack of insects and fruits during wintertime in the northern states causes many migrants to fly as far south as Central or South America. But for other species, like the ones that breed in the Arctic, the Lower 48 is the perfect wintry destination, even though it’s still pretty bleak. These birds aren’t leaving the high north for lack of insects, but rather are looking for open water. Birds like ducks and gulls need ice-free water to find fish and other goodies, and come south in winter to find a place to splash around in.

So, January is the time to see all kinds of cool waterfowl that aren’t around any other time of year. Weird ducks like scoters, goldeneye, Long-tailed Ducks, and Bufflehead can be found in coastal bays and open lakes. Big flocks of geese—sometimes with mixed-up migrants from Europe—some down to wait out the the cold. And as I’ve mentioned before, tons of cool, extremely confusing gulls slink down from their northern breeding grounds.

Other birds visit only in winter, too. A whole host of finches, like Common Redpolls, Pine Grosbeaks, and Pine Siskin, and other seed-eaters like Lapland Longspurs and Red-breasted Nuthatches can be found in the Lower 48 in some years, much farther south of their typical wintering range. It all depends on how the crops of their favorite foods—including certain conifer seeds or mountain-ash berries—have fared that summer. If the particular food source had a good year, the birds will stay up north to feast. If not, species may have to venture outside their normal range, and even into our backyards, to find a better meal. (See more on how to track these trends in "September.")

Pretty much the same as January!

March is my least favorite month for birding. I don’t care what anyone else says . . . I’ve seen all the good winter birds by the time March rolls around, and I’m tired of the snow and ready for spring migration. March has some long, cold, birdless days in it (starlings and Canada Geese don’t count) and they aren't much fun. I hate March birding.

But for optimists, March does offer the first drops of migration. Ducks and geese start making their way north—open water permitting. Tree Swallows, Red-winged Blackbirds, Killdeer, and other early-arriving migrants are also welcome harbingers. It’s fine, and there are plenty of signs that the good times are coming, but for me it’s a painful month. 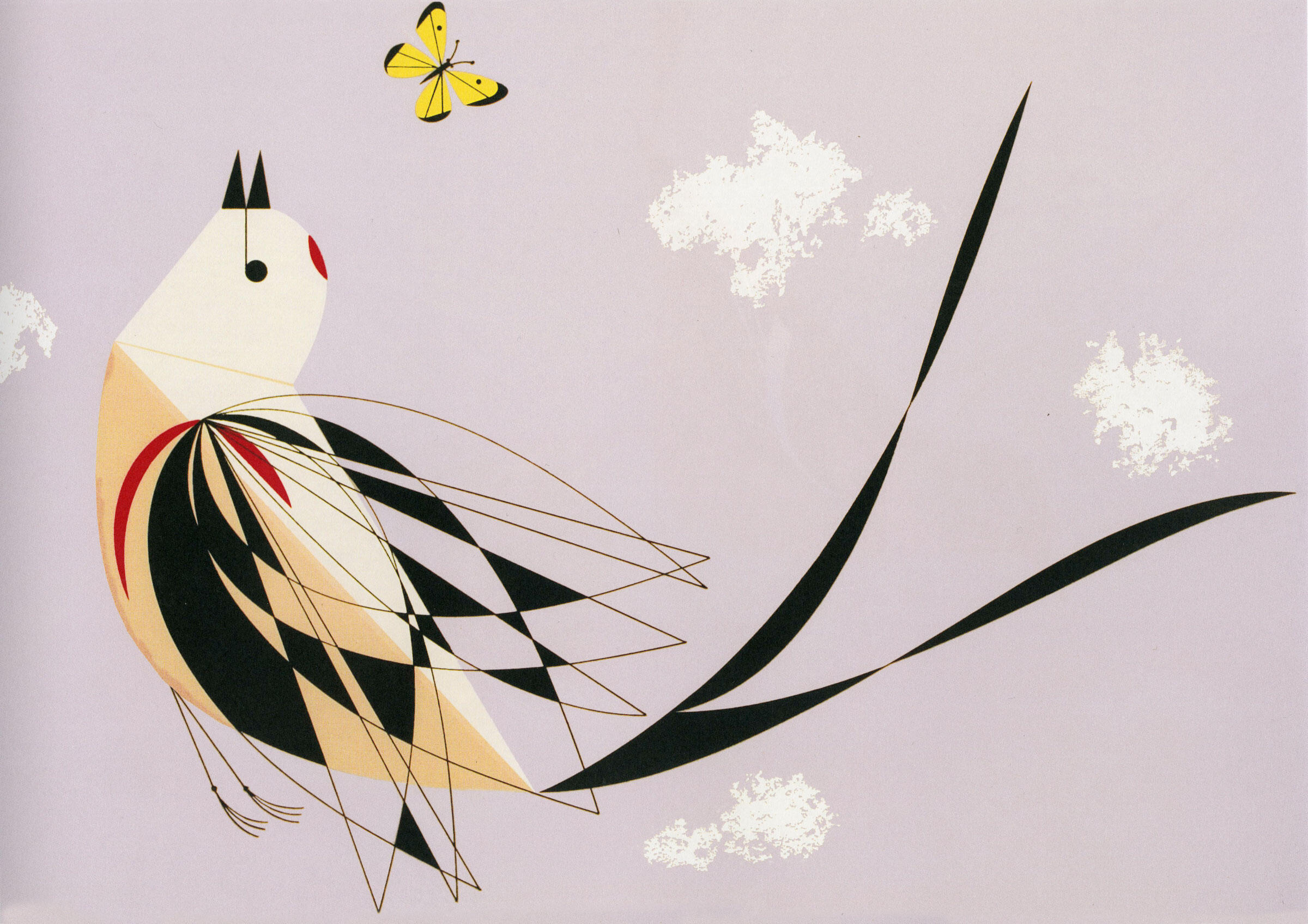 Thankfully, things pick up in April. All those birds that fled the States for the winter start returning en masse; depending on where you live, you could have a wonderful flood of birds on your hands. Shorebirds are on the move in April, so check those beaches and mudflats. Savannah and Chipping sparrows, and Brown Thrashers are all on the move. And the first wave of warblers, including Palms, Northern Parula, and Cerulean, starts to roll in.

The science of migration is pretty exact, and birders have learned to use weather and historic records to tell when a particular species will be migrating through—give or take a few days. The BirdCast put out by the Cornell Lab of Ornithology lets you know exactly what to look for in your locale.

May is the best. It’s a month-long birding celebration, filled with tons of returning species, budding trees, and warmer temperatures. May is the bestest.

Though some birds start breeding earlier (larger birds like owls and eagles begin building nests and laying eggs in the winter), returning spring migrants are looking to start nesting and raising young right away. Birds that shack up in your area will show up and start claiming territories, singing their little hearts out to stake their claim and try to woo females. Migrating birds that breed farther north will only appear for a few days or so as they work their way up, so it’s important to get out and see as many species as you can while they’re still around.

Migration trails off by the beginning of June, as most species are well into their breeding cycles. The thrills of April and May are over, and nesting birds have settled into the quick and quiet routine of raising young. Birders might be thrown off by the sight of young’uns that don’t quite look like their parents. These tykes aren’t typically illustrated in field guides, so keep an eye out. Otherwise, just enjoy the sunshine. 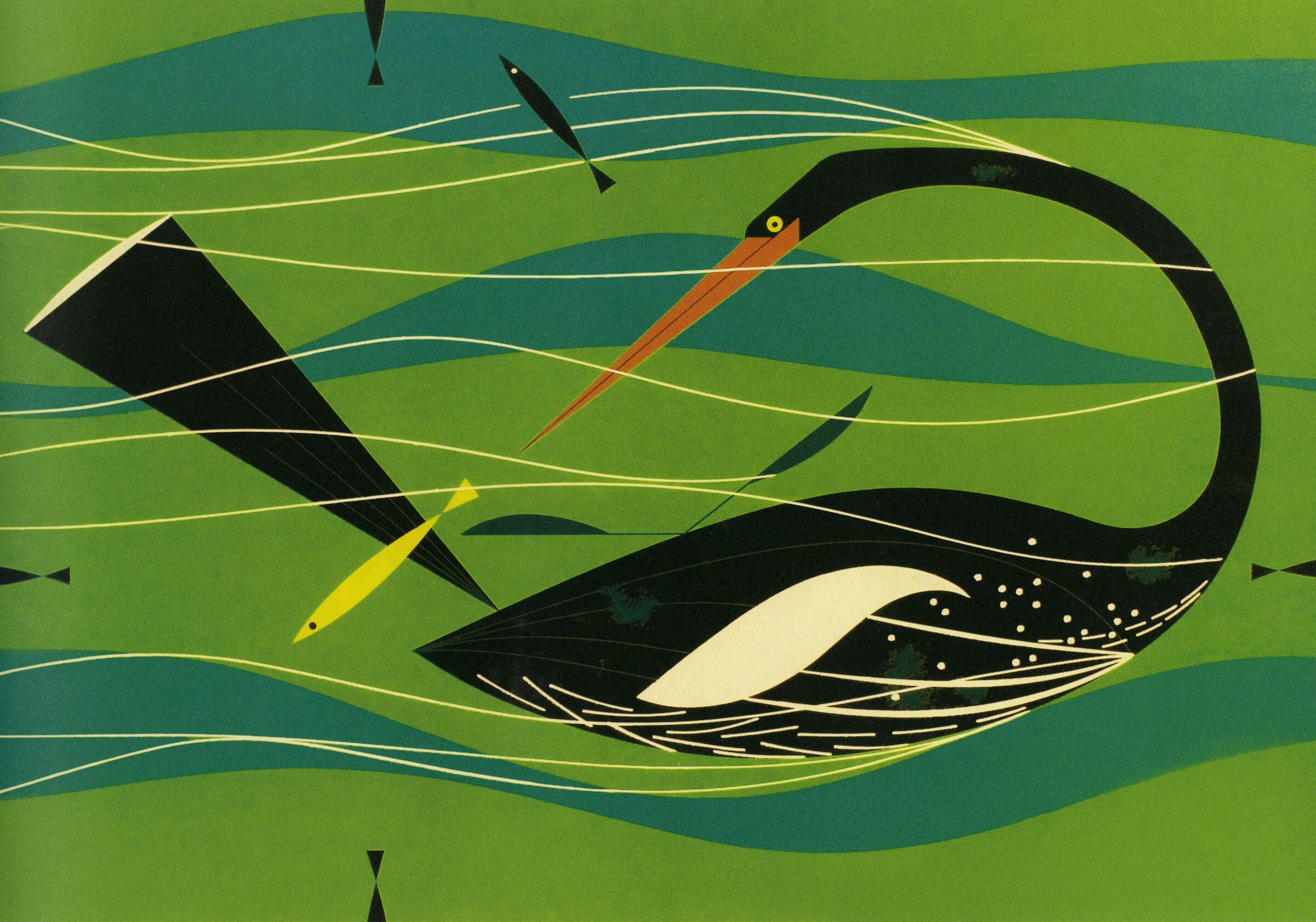 Mid-summer is when the birding gets quiet—literally. Birds are still raising young and not being very vocal because they no longer need to attract a mate or defend territory. Plus, it’s hot and there are mosquitoes and ticks and stuff. Birders take it easy in the summertime.

That is, unless they're into shorebirds: This is prime time for those long-legged lookers. Some species will have left their Arctic breeding grounds by late June, which means there may be steady streams of adults and then juvenile birds in July and August. Head to the marsh or check some fields after a heavy rain. Or, relax, have some ice cream, and learn to identify butterflies, which are most numerous and visible on sunny afternoons.

Fall migration perks birders back up. Raptors, shorebirds, waterfowl, and many of the other species that breed up north start shifting down between late summer and November. For songbird lovers, the return trip is never quite as dramatic because the birds no longer need their breeding plumages. Many species go unchanged, but others, like the warblers that dazzled in spring, have molted into drabber plumage. Identifying warblers that aren't breeding males can be a real challenge for birders.

You may also see birds migrating in fall that you didn’t see migrating in spring, especially if you live on the East Coast. Many birds undergo elliptical migration patterns, riding strong tailwinds north through the middle of the country and then flying south along the coast where headwinds are weaker. Kettles of raptors could yield hundreds of hawks plus a sprinkling of falcons and eagles flying together in the same airspace. Atlantic birders should stay alert for cool birds like American Golden-Plovers and Connecticut Warblers. It also doesn't hurt to start projecting for the upcoming cold snap. Look out for Ron Pittaway’s annual Winter Finch Forecast to get a good sense of what you might find toward the tail end of the year. 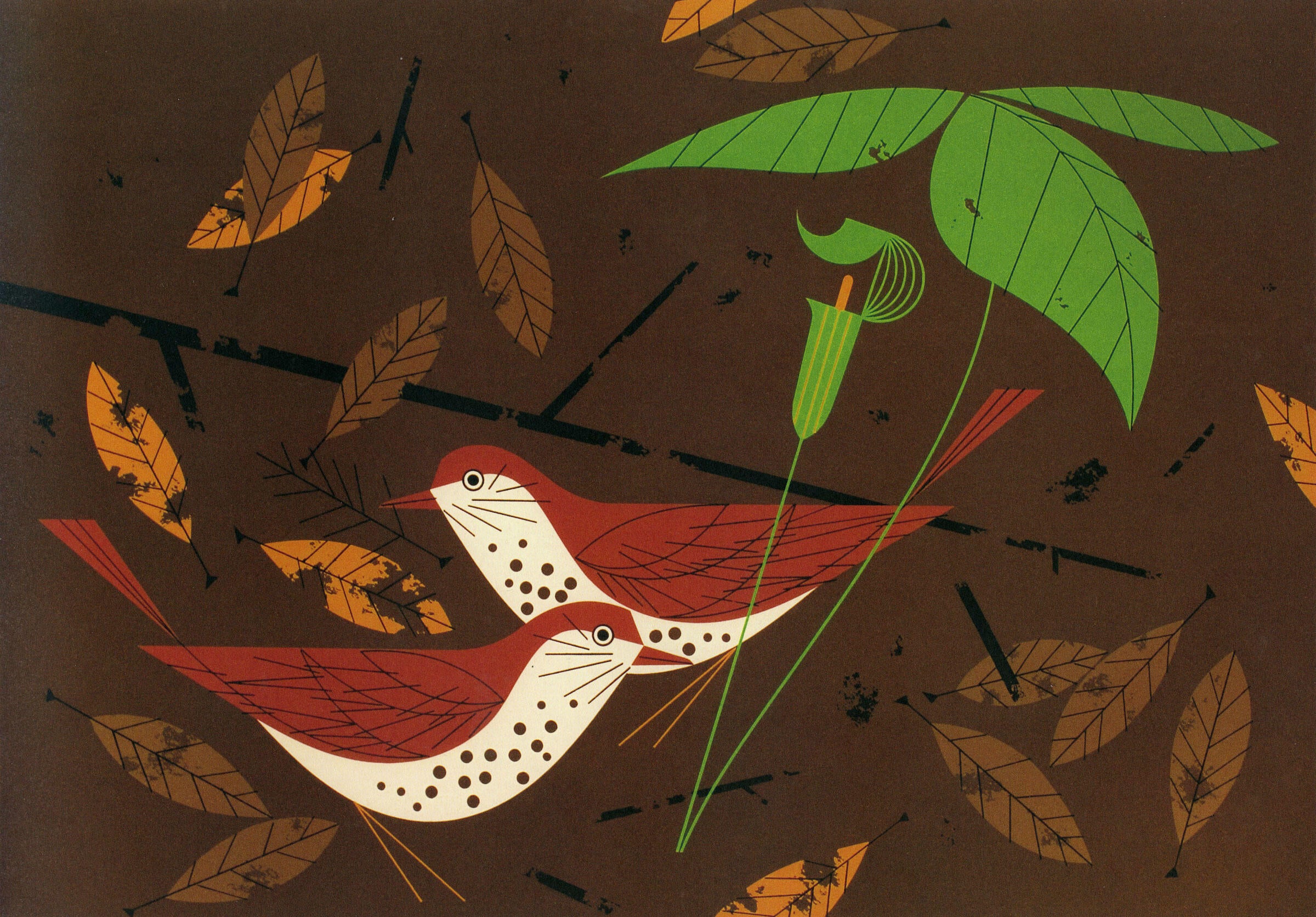 Rarity season heats up as fall migration cools off. Migrating birds will sometimes make mistakes: getting blown off course by a storm or simply flying off in the wrong direction. Sometimes species found on one coast will show up on the other. And sometimes—some incredible times—birds from other continents will show up in the United States. Birders hunt for these wayward birds with zeal, crunching through the dying grass and falling leaves until it’s too frigid to go out. Though you’re never guaranteed to find anything unusual, late-fall birding is a blast.

Winter arrives and the gulls, ducks, and finches come with it. Birders make a last-minute push to find birds they’ve missed on their Year Lists, and then start to wish for spring all over again.