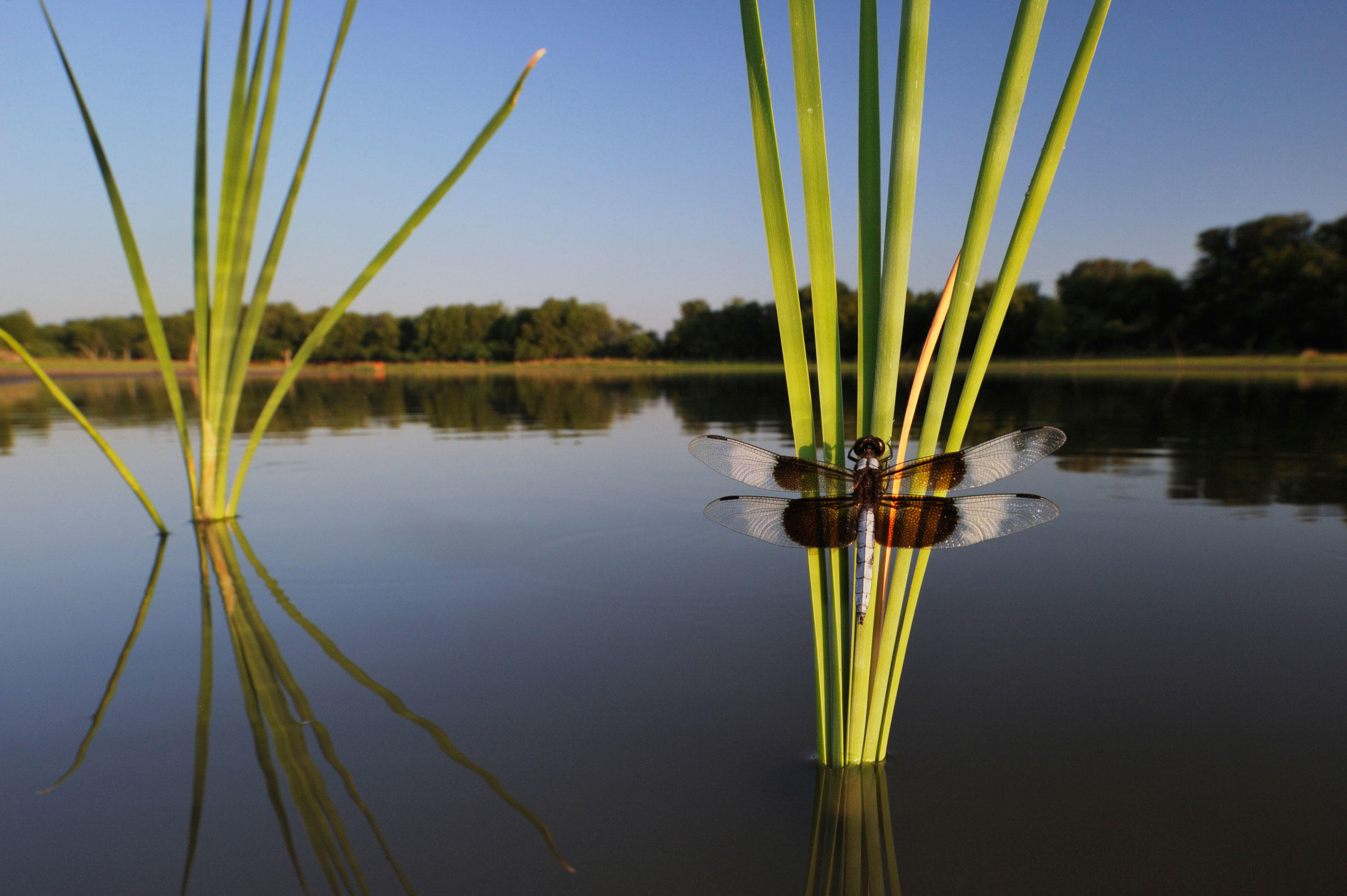 There's a whole world of plants and other species that you can also start identifying. What are you waiting for?

When you first fall in love with birding, it’s like you’re seeing the world for the first time. The everyday commute to work suddenly becomes an adventurous treasure hunt, with every tree potentially concealing new gems. That neighborhood park you’d always neglected to visit is now an urgent destination. Every glimpse out a window is filled with possibility. You feel aware of everything, and you can’t imagine how you lived before.

I’ve found that many veteran birders think back on their early days of birding with extreme nostalgia. I certainly do. I remember the very first bird I ever identified as a birder: a drake Northern Shoveler (“Look at the bill on that thing!’) in a flooded Indiana cornfield. I remember a few days later, on the coast of Maine, seeing the cold gray waters packed with eiders and bufflehead and scoters. At Pt. Pelee, I remember standing silently near a bunch of experienced birders and trying to keep up as they called out species I had barely even heard of before.

But over time and with the more birds you see, that level of excitement can fade. Not to say that birding isn’t still exciting, because it absolutely is, but it’s different. The possibilities aren’t endless anymore, and the day-to-day focus becomes less frenetic and geared more toward study and detail. It’s natural and probably for the best: If all birders kept up their original level of excitement, they’d all probably lose their jobs. But that doesn't mean it isn't a little disappointing.

For this reason, it's important to remember that birds aren’t the only creatures out there. If you're looking to kickstart that sense of excitement once more or just looking for another fascination to fill up your bookshelves, there are other groups of living things as varied and beautiful as birds that you can start learning to identify. Some might take a little bit more effort to find—a lot more in one case—but they'll show you yet another angle on the world while also providing that familiar thrill of discovery. Here are some options:

Butterflies and dragonflies are pretty easy next steps from birds. Often just referred to as “Leps and Odes,” (from the order “lepidoptera” which includes butterflies, and the order “odonata” which is made of dragonflies and damselflies), these insects are colorful, abundant, and found in many of the same places and at the same times as birds.

I started photographing butterflies when I got bored standing around in the Mississippi heat waiting for some bird to show itself. Looking later at the photographs, studying the intricate patterns and colors to try to separate the fritillaries from the crescents and the checkerspots, I got hooked. I’m continually amazed at their variety: I figured butterflies spent all their time visiting flowers in gardens, but they’re actually found all over, from the mountaintops to deserts, from the Arctic to the jungle. Dragonflies are similarly diverse. Plus, they’re older than the dinosaurs, which right there is enough to warrant attention.

I’ve found that leps and odes are harder to watch than birds. There are exceptions, but most of these insects don’t sit still long enough to allow for the detailed looks necessary for identification. A camera is very helpful, and a net for in-hand study is needed for some of the trickier species, especially certain dragonflies. But that sounds fun, doesn’t it?

Moths, beetles, and other insects are less easily observed than butterflies and dragonflies, but they make up for it in sheer numbers. There are just over 500 butterfly species commonly found in the United States and somewhere just north of 700 species of breeding birds. Compare that to more than 12,000 species of moths and more than 25,000 beetles!

Studying insects is rewarding because the incredible variety combined with the relative lack of people out looking at them (compared to birders, anyway) means that there are lots of discoveries to be made. While a birder can spend years birding and not add a new bird to the state or county checklist, folks searching for insects more frequently make important observations about where certain species live or, if they’re extremely lucky, that a species exists at all.

Just as beginning birding has the effect of turning your morning dog walk into a safari, the incredible diversity of insect species can turn your block alone into an immense wilderness. Speaking with Bill Hubick of the Maryland Biodiversity Project, he said that when he got into insects he felt that all of a sudden his “backyard was the size of Indiana.” In the same way a birder dreams of taking a trip to Attu or Cape May, Bill dreams of spending time picking apart that rotting log back by his fence.

Fish are something of a new frontier for those interested in diversity. Lots of people catch fish, of course, but they’re mostly focused on trying to find the biggest of just a few species. What about the rest of them, though? The minnows and darters and sunfish and dace? Those little guys that dart away as you wade into the shallows? Who knows what those are?

It’s different in the tropics, where there are lots of people who scuba and snorkel to identify reef fish and other sea life in the same way birders go out and identify birds. But away from the tropics, on our colder coasts, rivers, streams, and lakes, very few people spend time exploring fish diversity. Maybe they should.

Like birds, fish are large enough to identify pretty easily and come in all shapes and colors. Like insects, there is surprisingly little known about the distribution of a lot of nongame fish. Unlike either of them, you’ve got to figure out how to catch the dang things, and you don’t really have any idea what you’ve got until you can successfully pull it out of the water. Can you imagine how much harder birding would be if you had to just cast a line into every bush and tree hoping something was in there?

The abovementioned Bill Hubick, who is nothing if not dedicated to the exploration of diversity, competes with some of his friends in Maryland in informal fishing Big Years just like they do as birders. They’re making misidentifications. They’re experimenting with tiny hooks used for the niche sport of micro-fishing, which itself is derived primarily from a Japanese style of fishing called tenkara. They’re getting yelled at by other fishermen for throwing back perfectly good flounder. In short, they’re consumed with the same kinds of passion that beginner birders feel. I’m jealous.

Finally, trees, flowers, grasses, and other plants are an endless source of interest for those who appreciate biodiversity. There are enough species here for multiple lifetimes’ worth of searching, and no matter where you are or what else you might be identifying, plants are always around. Plus, unlike everything else mentioned here, they don’t move. No need to leave work early to go see that rare tree—it’ll still be there on the weekend!

Listen, I love birds and always will, but it’s a big world, and we should never stop exploring. So next time you head out birding, consider using your binoculars to pick out some other creatures as well.