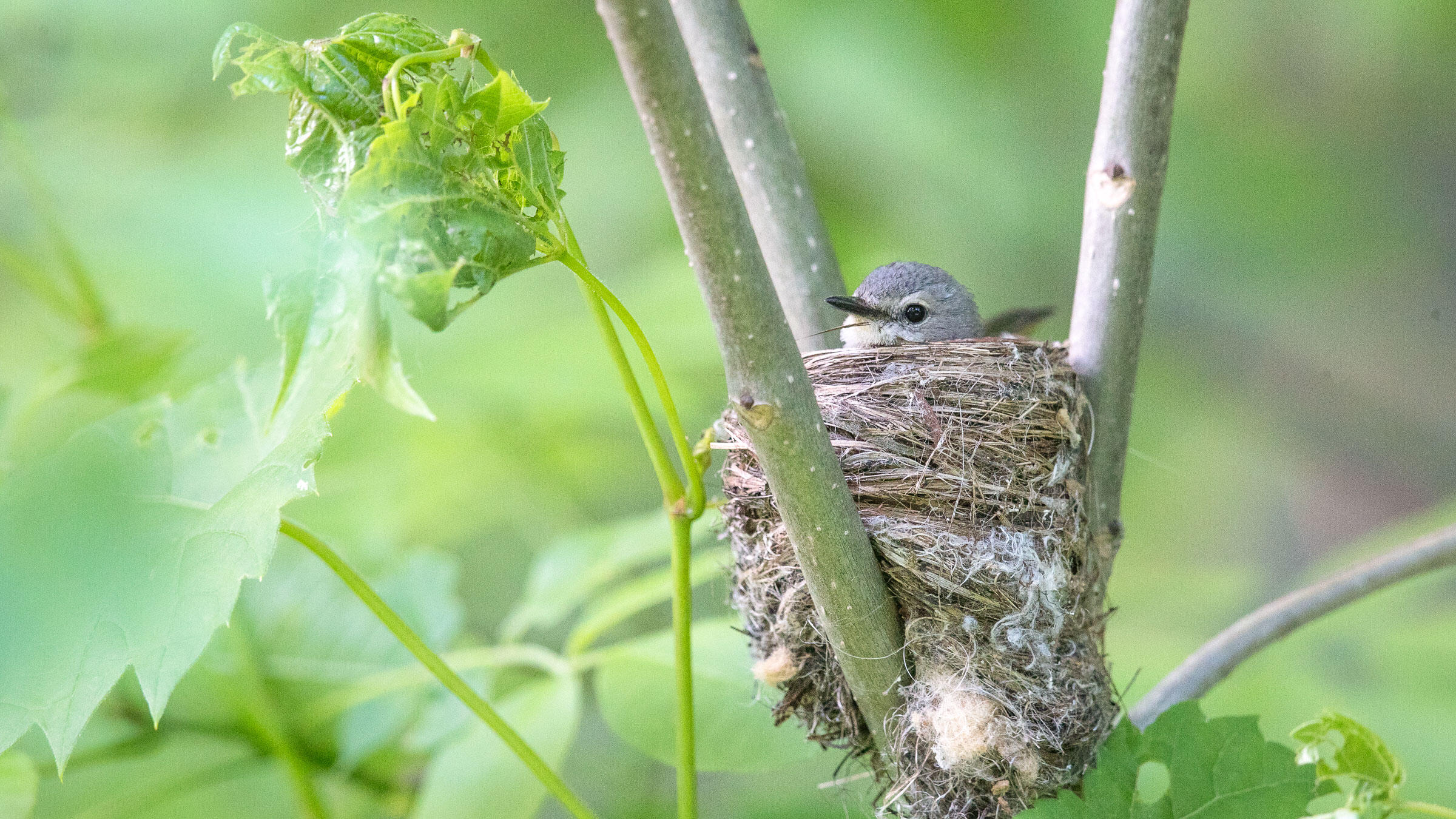 After the photographer saw this female American Redstart fly in front of her car to its nest, she slowly pulled her vehicle even with the nest for a few photographs. She only paused for a moment and shot from inside the car to avoid disturbing the bird. Photo: Melissa Groo

Birdist Rule #28: Know When Birds Think You're Too Close to Their Nests

There are a variety of behaviors birds display when they feel threatened. Understanding them will make you a more responsible birder.

Observing bird behavior is one of the many pleasures of birding. Each species has its own quirks of feeding, flight, and social interaction, and seeing a bird engage in these natural behaviors gives the burgeoning birder a better understanding of the species beyond just field marks and identification points.

Of all the behaviors a bird engages in, however, new birders should take care to learn some sooner than others: namely, the variety of ways birds tell you that you’re too close to their nests.

It’s the beginning of summer, and birds are either sitting on eggs or already have hungry hatchlings to feed. This time of year is when birds are most vulnerable—and the most defensive.

The consequences of getting too close to a nest can be severe. Birds can abandon nests if disturbed or harassed, dooming eggs and hatchlings. Less obvious, repeated human visits close to a nest or nesting area can leave a path or scent trail for predators to follow. If you know you’re birding near a nest, the NestWatch site from Cornell Lab of Ornithology recommends against taking a “dead-end trail” to a nest area so that predators won’t have a direct route.

Birds won’t abandon a nest easily, though, and adult birds have developed a variety of ways to distract or deter unwanted visitors from visiting a nest.

Some of these behaviors are unmistakeable. Like dive-bombing. You won’t miss being dive-bombed. It’s the most aggressive form of anti-predator behavior, and it’s just what it sounds like: birds fly directly at the intruder in order to drive them away from the nest.

All kinds of birds dive-bomb. If you live in the suburban United States, you may have noticed aggressive Northern Mockingbirds in recent weeks. Here is a news report of some Brewer’s Blackbirds dive-bombing passers-by in downtown San Francisco. Here’s another news report, this time a scary one, claiming that dive-bomb attacks by crows are “on the rise!” (They’re not.) I've even heard of Goshawks—yes, Goshawks—dive-bombing people and putting big gashes in their heads. And in Victoria, Australia, dive-bombing Australian Magpies are so prevalent in the springtime that the government provides citizen-science based maps of nesting birds to help people avoid being attacked.

To find out more about dive-bombing and other defense displays, I called up Caroline Thow, a PhD candidate studying behavioral ecology at the University of California, Santa Cruz. She even has her own dive-bombing story: While researching gull nests, Thow says that she and her colleagues had to wear bike helmets to protect themselves from the pecking!

While you rarely can get scratched or pecked, truth is, dive-bombing is most dangerous for the bird. They’re spending energy trying to scare you away instead of feeding and caring for their young. There’s really only two pieces of advice for someone being dive-bombed: cover your head, and get the heck out of there! Don’t linger, don’t film it and put it on YouTube, just leave. (Scientists in the act of science are exempt, of course, and should look into buying a bike helmet.)

Not all birds defend their nests as directly and aggressively as dive-bombers. Some species try more creative approaches to distract or scare away predators from their nest.

The most famous distraction display is the Killdeer’s “broken wing” act. When a curious human or a predator gets too close to a Killdeer nest or some young birds, the adults can turn into full-on thespians, loudly and pathetically faking a broken wing in hopes that the predator will pay attention to them and not the nest. Once the bait is taken, the Killdeer will lure the predator as far away as possible before making a miraculous recovery and flying back to the babies. It’s truly an Oscar-worthy performance.

While perhaps not as dramatic as the Killdeer, other birds also have clever tactics for deterring predators. “Some birds will do their best snake impression, by hissing and swaying their heads around when you get too close to a nest,” Thow says. Other species, including some shorebirds such as Piping Plovers and certain grassland birds such as sparrows, will do what’s called a “rodent run,” distracting predators by conspicuously running through the grass like a mouse.

According to Thow, there is a lot of variance in distraction displays. “It really depends on the type of bird involved, and sometimes even varies between individuals in a species,” she says. "I’ve seen a broken-wing display from an American Avocet and been mobbed by another in the same population.”

The simplest type of distraction displays are vocal. Adult birds can issue a quick call when a potential threat approaches that baby birds intuitively know means “sit still and be quiet.” When everyone in the nest is frozen, the parent bird can head elsewhere and distract the predator with vocalizations. These attention-getting noises can also vary widely, according to Cornell’s Birds of North America database, including “short, snarling, and faint cries” in Sanderling, “growling and hissing” in Mexican Whip-poor-will, and a “ventriloquial whisper song” in Bachman’s Sparrow. The more you bird, the more you'll begin realizing which calls sound more like warnings or distractions than others.

As a good rule, when the behavior of a bird seems oddly conspicuous, it's probably trying to deter or distract you from an area.

As a good rule, when the behavior of a bird seems oddly conspicuous, it's probably trying to deter or distract you from an area. “Anti-predator behaviors generally are intended to get the attention of the intruder or surrounding birds,” Thow says “So if you see a bird acting in an exaggerated and noisy way you don’t normally observe in your birding outings, you might be too close to a nest!”

Because of this, birders need to be aware of their surroundings and should be on the lookout for birds acting strangely, especially during nesting season. “Part of recognizing these behaviors is situational awareness and arming yourself with a little natural history,” Thow says.  “Ask yourself: Is it breeding season? Am I in good breeding habitat for the species that seems to be behaving strangely? If your answer is yes to either of those, the chances are that the behavior is an anti-predator behavior is much more likely.”

Context clues are also important because some species won't do any sort of distraction display at all, instead opting to hunker down when predators are nearby. If it's breeding season and you're walking across a field or other dense low habitat when an adult bird flushes from practically beneath your feet, you might be right on top of a nest. When that happens, you should look very carefully at the ground around you, and even if you can't spot a nest, back up slowly and detour around the site.

Birders have a responsibility to not harm the birds we’re enjoying. Nesting season is a stressful time for birds, so let’s not make it any worse. Birds will tell you when you’re getting too close, and learning to recognize those behaviors will help protect the birds and let you enjoy the pleasure of bird behavior—from a safe distance.

You can help nesting birds! Start providing the shelter and food nesting birds and their chicks need by growing native plants around your home. Use our handy database to discover which local plants your birds prefer.