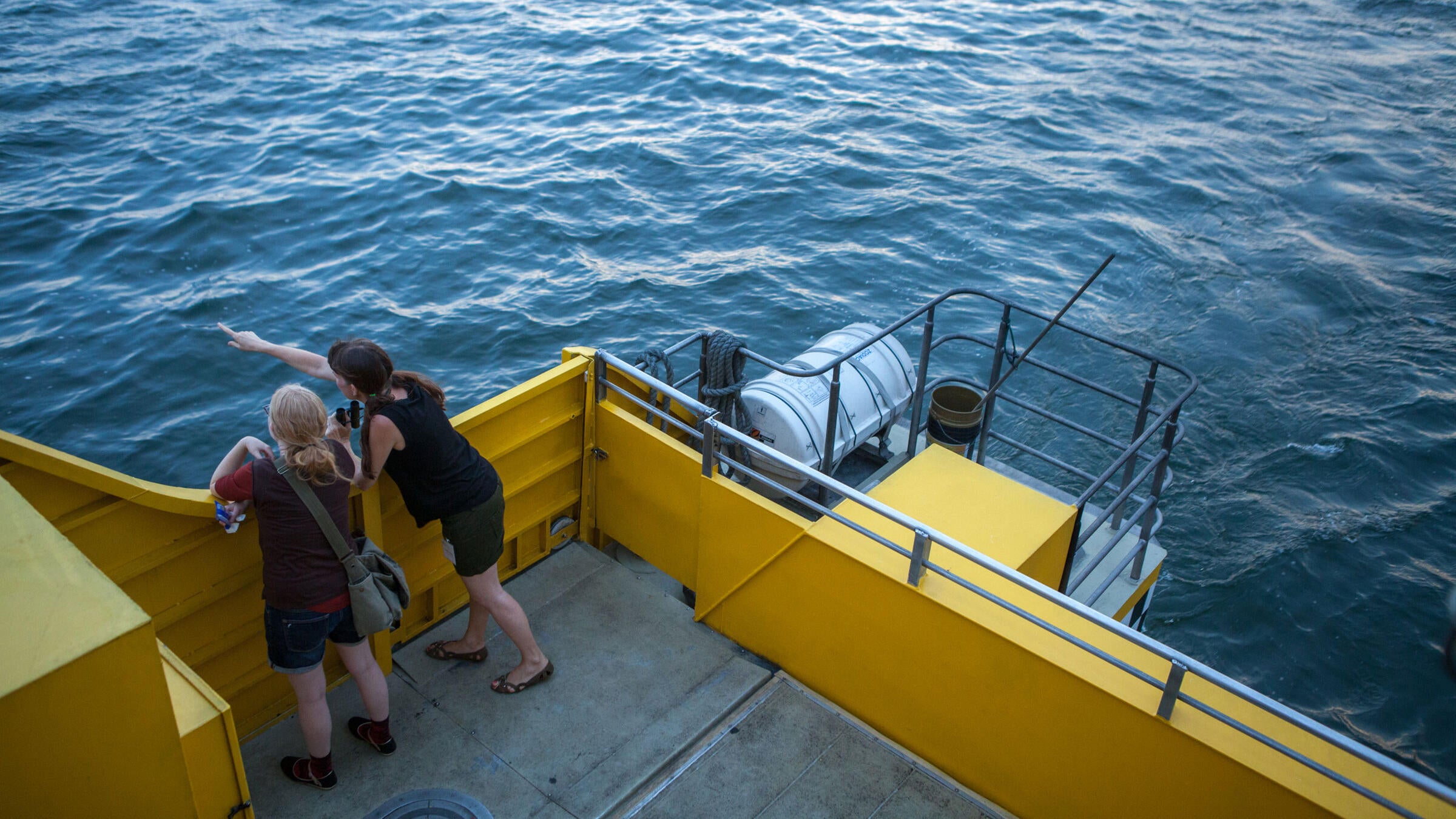 The ocean is a birder's paradise. Photo: Camilla Cerea

Hold your bile, conquer your sea legs, and head far offshore. Trust me, the birds are worth it.

I’m going to start with the bad stuff, so we can push through and get to the good stuff. Pelagic birding—taking a boat way out into the ocean to find birds that can only be seen there—can be a real ordeal.

a) You have to get up very early in the morning. Likely even earlier than regular birding *screams silently*.

b) There’s a chance you’ll get seasick.

c) You could be stuck on a boat from sunup to sundown. If that's the case, you’re going to get burned. Or more likely frozen (trips run year-round).

Okay, that’s all of it. Just six sentences worth of difficulties! But those six sentences—especially the one about possibly getting seasick—have kept lots of birders away from exciting and unique birding experiences.

Now here are 57 sentences about why you should go pelagic birding. You get to see birds that you can’t see anywhere else. You get to check out other cool stuff like whales and sharks and flying fish and sea turtles. There’s a higher-than-typical chance that you’ll find a very rare bird. You feel like you’re a pirate, or like you’re in Treasure Island. You get to hang out with really good birders. You’re never stuck in traffic. You get to eat ginger snaps.

For me, it’s the rare birds that clinch it. I’ve taken pelagic trips off Maine, Delaware, North Carolina, Louisiana, California, and Alaska, and have seen birds that elicit envious groans from even the most seasoned birders. On my first pelagic trip, near Maryland in 2006, someone pointed out a Cape Verde Shearwater—maybe the second-ever U.S. sighting. We hoisted a Bermuda flag after spotting an ultra-rare Bermuda Petrel last year off Cape Hatteras.

It’s not just the rare ones either; all of the birds you see on the high seas are cool. There are lots of species that have evolved to spend nearly their entire lives on the open ocean, making landfall only to breed on remote island crags. These birds aren’t like their landlubber cousins: They’re built to fly long distances over endless miles of waves. I’ll never forget the sight of a Black-footed Albatross whizzing in and out of the Pacific fog, dwarfing the gulls and shearwaters in the boat’s wake.

You’ve probably read about how albatross wings are perfectly tailored to soaring over the water with little effort, but they aren’t the only birds that can do that. Slightly smaller avians called shearwaters and petrels are commonly encountered offshore (depending where you are); with their elegant swooping and gliding, they’re just as dazzling as albatrosses. There are even adorable birds to be found offshore, like the storm-petrels, which sometimes feed by dancing on the surface of the water.

Albatross, shearwaters, petrels, storm-petrels—and I haven’t even mentioned the predatory jaegers and skuas, or cold-water divers like puffins, razorbills, and other alcids. The point is, it’s worth getting on a boat to see a ton of cool birds. Let me tell you how to do it.

Everyone’s worried about seasickness. I’m with you. I’ve been seasick on a pelagic trip before (though only once), and it’s really not fun. But it’s also avoidable. The first thing you need to know is that the bigger the boat, the less chance you have of getting seasick. Larger ships feel like they’re barely moving—even when they’re going a trillion knots. That’s why people on cruise ships aren’t constantly barfing over the railings.

Luckily, there are monster boats that will get you out to sea for a day only: whale watches. A whale watch is the perfect way to begin pelagic birding because a) the boats are big, b) lots of coastal cities have regularly scheduled trips, and c) you get to see some dang whales! When I lived in Portland, Maine, I would jump on the local whale watch boat again and again each summer because it was cheap and always gave me a shot at seeing some great birds (Maine’s first-ever Yellow-billed Loon was seen from that boat, if I’m not mistaken.)

There are some downsides to a whale watch cruise, though. For one, the goal of the boat isn’t to find birds, so you’re pretty much on your own for spotting and identifying species. Second, the boats are crowded with looky-loo tourists who will crowd the decks and generally do annoying tourist stuff. If you really want a birding experience, you have to upgrade to a birding-specific pelagic.

That’s where you have to do your research, because there are only a handful of companies that run regular pelagic trips. (The American Birding Association puts out a helpful directory each year.) Shearwater Journeys is the most famous outfitter on the Pacific side (Anjelica Huston played a thinly veiled homage to real-life trip leader Debi Shearwater in the 2011 film The Big Year, except her name was Annie Auklet). On the Atlantic, a trip to the Gulf Stream with Patteson Pelagics out of Cape Hatteras is a true adventure. They turn up rare species as much as anyone in the United States. I’ve also had great luck with See Life Paulagics, which runs out of Delaware, Maryland, New York, and New Jersey. Many local Audubon chapters will run once-a-year pelagics out of their regions, so check your local Internet listings for that info.

Trips generally run a couple hundred bucks, depending on the time of year and how long the boat plans to be out. The really hardcore ones run multiple days, ensuring plenty of time over weird undersea features—the Gulf Stream or seamounts or continental shelves—that draw good birds. They’re also pretty low-frills, because birds are the one and only priority. (Actually, there isn't a single frill.) Here’s another tip: Bring your binoculars and a camera, but don’t bring a scope. Even in calm seas there will be too much movement.

And speaking of movement, seasickness is slightly more of a concern on some of these smaller boats—but there are all kinds of medical and folkloric measures on how to avoid it. My advice: Do whatever you need to do. If it happens anyway, it’ll make for a funny story. Or just file it under “worst hangover ever.” In addition to the incredible birds you can see on a pelagic trip, part of the fun is that you can tell all your non-birding friends what a crazy person you are for jumping on a small boat and wandering out into the middle of the ocean. Pelagic trips are a unique part of the adventure of birding, and a little barf just makes it all the more memorable.