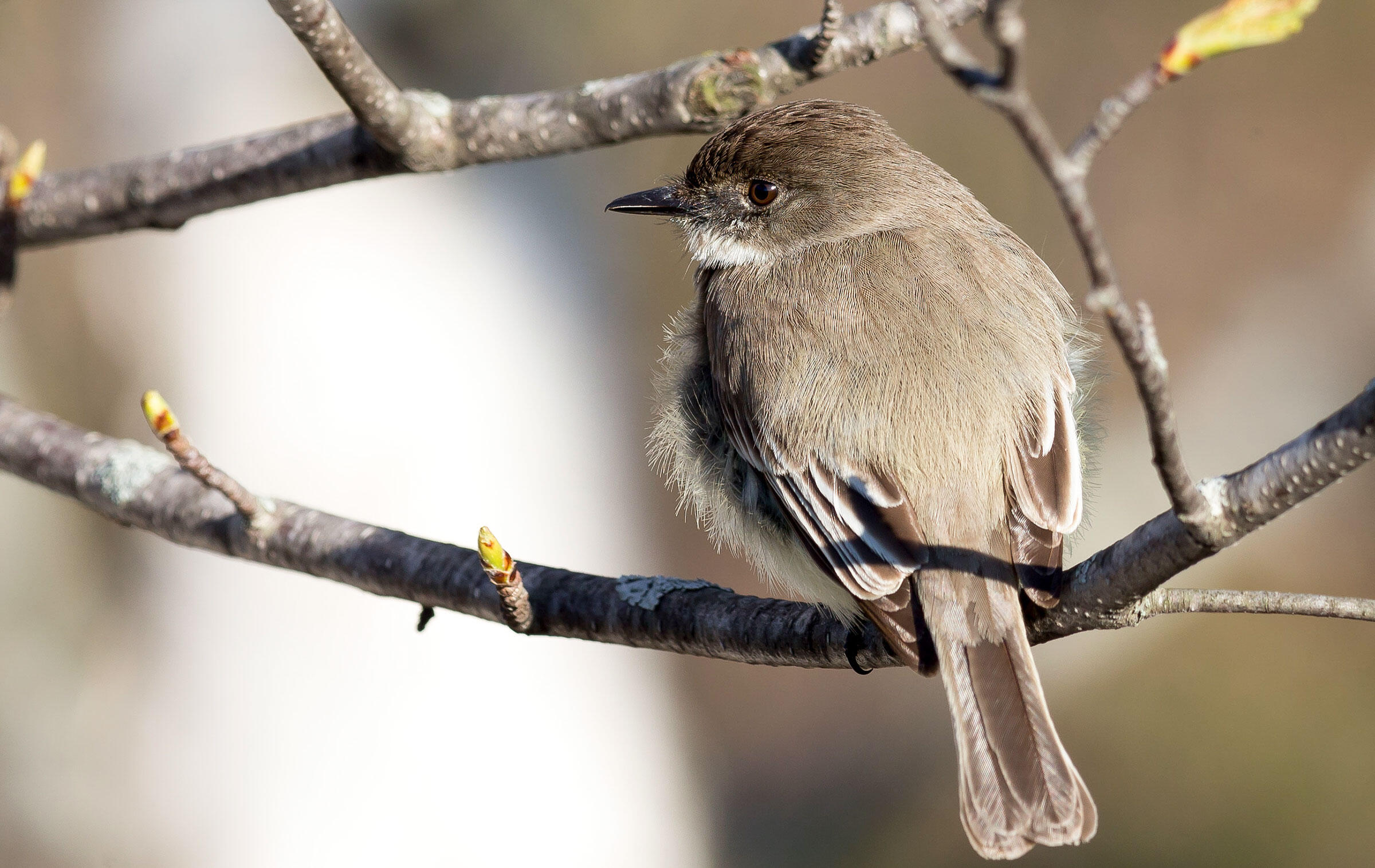 If you think this Eastern Phoebe looks nondescript, just wait until you see its Empidonax cousins. Photo: John Benson/Flickr CC (BY 2.0)

Identifying flycatchers can be unbelievably frustrating, so start off easy. 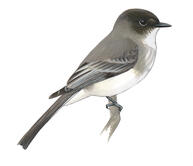 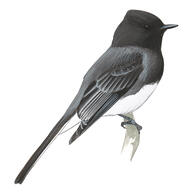 There are a few groups of birds that consistently give birders identification fits. Gulls, for example, are tough because of their wide variety of plumages (not to mention the fact that it’s often so cold when you’re seeing them that you can’t hold your binoculars steady). On the other hand, Calidris shorebirds such as the Least and Semi-palmated Sandpipers are are notorious for their subtle differences in plumages (not to mention their inability to sit still long enough to give you a good look).

Flycatchers are another group that absolutely make this list, especially the eleven Empidonax flycatchers that can be regularly found in the United States. Empids, as they’re known, look so much alike that certain species are indistinguishable in the field unless they vocalize, which can be infrequent. They’re all about the same size (about sparrow-sized) and shape (uh, bird-shaped) and their coloring spans the spectrum from dull gray to dull green (sarcasm!).

What makes flycatchers such a challenge to identify is that their best non-vocal identifiers require comparison. When birds of two different species are perched right next to each other, comparing the two is easy. But that never happens, and comparing a single bird to another species in your field guide is very challenging. Does your bird have long primary feathers? Well, longer or shorter than what? Does it have a wide bill? Well, wider or thinner than which? It’s no wonder that birders are so often forced to be content with plugging in the vague “Empidonax sp.” into eBird and leaving it at that.

But wait. Just because flycatchers are difficult to identify doesn’t mean we quit on them! Flycatchers are delightful! They eat flies for goodness’ sake. No one wants more flies around!

Let’s ease you, dear novice birder, into the flycatchers with a widespread and relatively easy-to-identify bird: the Eastern Phoebe.

NOW WAIT JUST A MINUTE! you might be saying. PHOEBES AREN’T EMPIDS! First of all, if you knew that already, you’re probably already pretty good at identifying flycatchers, so cut me some slack. Second, phoebes aren’t Empidonax flycatchers, but they do make up a closely related genus of flycatchers called Sayornis. You got me. But the two flycatcher groups are so much alike that I stand by my assertion that the Eastern Phoebe is the gateway flycatcher.

Let’s start with the basics. Eastern Phoebes, as their name suggests, breed throughout the eastern half of the United States and all the way north into the plains of central Canada. They’re among the first migrants to begin making their way north, getting started on their nests as early as mid-March. That makes them a true harbinger of spring for cold-weary northerners. Eastern Phoebes actually stay close year-round, spending their winters in the Southeast and eastern Mexico, where it’s warm enough to find bugs all year long.

(You won’t see Eastern Phoebe if you’re in California or the southwest, but out there you have the even easier-to-identify Black Phoebe.)

Humans like phoebes because they’re a sign of spring, and phoebes like humans because we build stuff they can use for nesting. Eastern Phoebes are famous for nesting on human-made structures such as the eaves of houses, in old barns, and under bridges. They’ll still nest on their traditional rock outcroppings and similar crags, but Eastern Phoebes are so well associated with manmade structures that they used to be called “bridge phoebe” or “barn pewee” (pewees are another type of flycatcher) in the 1800s. No one calls them that anymore, though, so expect some funny looks if you shout “Hey, check out that Barn Pewee!” to another birder.

Though I was kinda ripping on Empidonax flycatchers earlier for being boring looking, Eastern Phoebes aren’t exactly technicolor explosions. Their field guide entries usually include the words “plain” or “drab.” Eastern Phoebes are brownish-gray above and yellowish-white below, with no wing bars, no eye ring, no bells, and no whistles. The gray on their heads is quite a bit darker than it is on their backs, however, which is a very useful identification feature when there's very little else to use.

Eastern Phoebes have unassuming plumage, but their fairly stark gray-over-white scheme is actually a pretty good identification tip among flycatchers, which tend to have colors that blend into each other a bit more. Black Phoebes are even easier to identify by sight: Their black head and back-and-white belly are unlike any other flycatcher we’ve got. But how do you even know you’re looking at a flycatcher?

Flycatchers' habits generally make them a pretty conspicuous group. Phoebes and Empidonax flycatchers typically sit on an exposed perch looking for small flying insects. When they see one, the bird will burst off into the air, snag the bug, and return to a perch to look for more food. This flashy “sallying” behavior—sitting in the open and making an aerobatic rush for food—make flycatchers easy to spot.

(Quick side note: I always wondered where the verb “sally,” meaning “a sudden rush, dash, or springing forth,” came from. Was there some spazz girl named Sally somewhere? Nope. I looked it up, and it comes from the Latin salire, meaning “to leap.” Boring.)

Eastern Phoebes are conspicuous in another way, too: They wag their tails. A couple other birds in the east wag or pump their tails, but nothing you’d mistake for a flycatcher. Out east, a small bird perched in the open pumping its tail is almost certain to be an Eastern Phoebe. Why do they do it? No one knew for a long time, but recently a scientist in California studying Black Phoebes determined that tail-pumping was a message to predators, of all things. A phoebe out in the open would make a good snack for a hawk, but apparently tail-pumping is the phoebe’s way of letting predators know that they’re seen, thus eliminating the element of surprise. Pretty smart.

Finally, an Eastern Phoebe’s voice is a dead giveaway for its identification. I mean, it screams its own name! Starting in March, start listening for a loud FEE-BEE! echoing in the nearby woods. If you take the time to learn them, the characteristic songs and call notes of phoebes and Empidonax flycatchers are the best way—and sometimes the only way—to identify them.