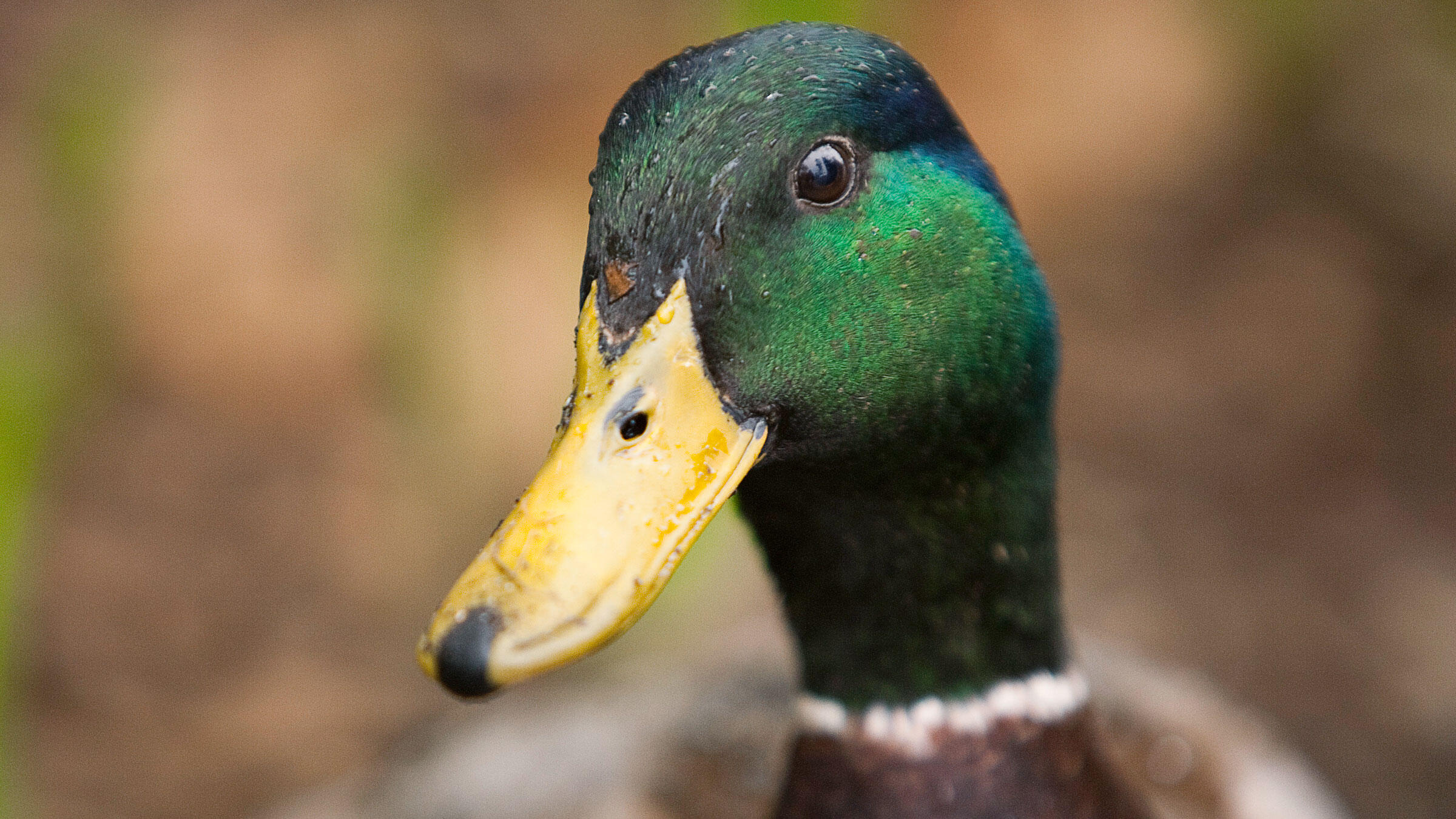 Birdist Rule #79: Think of Something Nice to Say About Mallards

The problem is that they’re everywhere. They’re in the park, of course, swimming around like a gang of bread-addicted zombies. But they’re also usually the most common species of duck when I’m out in more natural places, tricking me into thinking they’re something more exciting. Beginner birders soon learn the twinge of disappointment that follows the spotting of a duck, the lifting of the binoculars, and the uttering of, “oh, Mallards.”

Alright, first, they’re attractive! A drake in breeding plumage is downright spectacular. The shiny green heads, the sharp white necklaces, those cute little curly tail feathers. If they weren’t so familiar, I’m convinced we’d regard them as one of the most beautiful ducks. On the other hand, female Mallards— brown with a yellow bill—are, uh, somewhat less visually interesting.

Okay, what’s next. Well, their ubiquity can be seen as a positive, right? Mallards have a worldwide presence: They’re native to North America, Europe, and parts of Asia and Africa. They've also been introduced into parts of South America, Australia, and New Zealand. Looking for a way to bond with someone but you don’t speak the same language? Try showing them a photo of a Mallard. There’s a good chance they’ll know it.

There are a bunch of reasons Mallards have been able to thrive. Their tolerance for cold allows them to stay year-round in places as long as there’s food and open water; I used to see them in the dead of winter in Maine at the beach or in city park ponds that didn’t freeze. They’ve also got a very flexible diet, eating a wide variety of little aquatic invertebrates, seeds, aquatic plants, and, of course, carbo-loading on white bread tossed by an old man on a bench.

Admittedly, I’m kinda stumped after “they’re pretty” and “they’re everywhere.” So, I turned to my friends on the Twitter to help me think of some more positive things about Mallards.

@flyaway47 @Arboretumeagles @TheBirdist I once saw a Mallard with a nest made of trash at the edge of the pool in front of the US Capitol.

@TheBirdist they are known to have hybridised with 387 other species including blue tit. #fact pic.twitter.com/vVWiliuUXp

@TheBirdist Cute tail curl. That's all I got.

Covered that already. They also do a cute thing when they eat called dabbling, where they tip forward from a sitting position on the water and reach their bills down deep in the water, sticking their little duck butts straight up in the air. It’s pretty cute, I’m not going to lie.

In DC it seems like the rarer puddle ducks often hang out w/ mallards. So a flock of mallards is an opportunity! https://t.co/5B0uNaMue5

“Look at them because you may find something better than them.” I do not disagree.

Alright, now, this is a great one. This is for real.

Because they’re so easy to identify, Mallards are a great way to introduce children or other new birders to the bird world. Many of us learned that “the ducks with the green heads are called Mallards” when we were kids, maybe even as the birds gobbled bread right at our feet. Their familiarity makes them a perfect link between the urban world and the more natural world. Kids who grow up seeing those green-headed Mallards in their neighborhoods can follow them to far-flung wetlands, coasts, and lakes.

It’s easy to think of Mallards as annoyances. They’re boring, they’re everywhere, and they’re barely even wild. But maybe that’s the wrong way to think about them. Mallards, like good friends, are always nearby when you need them. Thanks for always being there, buddies. Here’s a nice piece of bread.