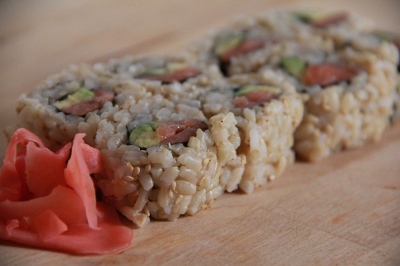 The bluefin tuna can still be found in sushi restaurants throughout the United States. Photo: Catherine Griffin

Bluefin tuna can be found in the Atlantic, Pacific, Mediterranean and Southern Oceans—and in a sushi restaurant near you. One of the tastiest fish in the sea, bluefin tuna has been overexploited for years. Although population numbers have plummeted and although the species has been placed on the International Union for Conservation of Nature’s Red List, the U.S. government hasn’t added the tuna to the endangered species list.

The species, though, has a new champion. An activist group, the Black Fish, recently announced its plans to patrol international waters in order to catch fishermen who are illegally harvesting tuna. Preparing to use similar, high profile tactics employed by the crew aboard the Sea Shepherd, made famous by Animal Planet’s Whale Wars, the Black Fish hope to embarrass commercial companies and save the migratory species. Unlike Greenpeace, though, the group has few funds to support its efforts. Instead, Black Fish wants to inspire every day people to work toward a common goal.

“Greenpeace and Sea Shepherd inspired us, but what is not needed now is an organization similar to them,” said Wietse van der Werf, one of the members of Black Fish, in an interview with The Guardian. “We need more of a social movement of people who work on marine protection.” The Black Fish website prompts people to make donations, spread the word, and even become crew members or investigators.

Part of the problem with protecting the species is the fact that the bluefin are highly migratory. They travel thousands of miles each year, swimming through international waters. Because of this, the fish have to be managed through agreements between various countries. In addition, the tuna isn’t a viable species for aquaculture, a practice that raises fish in captivity and which has been employed for tilapia. There have been no successful cases of would-be tuna farmers breeding bluefin.

The bluefin’s fatty belly meat, called “otoro”, is responsible for its downfall. Marbled and buttery in taste, the tuna is coveted by sushi restaurants the world over. The high demand for the meat keeps prices soaring—a single fish weighing about 600 pounds was sold this year for over $700,000. Yet as prices rise, the population drops.

“Looking at the trends we’ve seen, we’re down 60 percent from the peak in 1994 and if it keeps going that way, it doesn’t look good at all,” said Ussif Rashid Sumaila, Director of the Fisheries Economics Research at the University of British Columbia’s Fisheries Centre. In a recent study, he analyzed the current policies in place to protect bluefin tuna. “The hope we have is that the international community will get more power to be more effective.”

Black Fish hopes to inspire just such a change in the international community. They have already released millions of dollars worth of bluefin from a Croatian fish farm in the Adriatic Sea by cutting open the net holding them—a high profile maneuver that’s sure to grab attentions. The group is also negotiating the purchase of a boat that they’ll use to confront fishing vessels directly.

Carl Safina, a marine biologist well known for his ocean conservation research, likens the state of the bluefin tuna to “the last great buffalo hunt.” The roaming populations of tuna, according to Safina, are slowly being hunted to extinction. By bringing attention to the bluefin’s plight, and with the effort of the international community, Black Fish hopes to save the population from its crash course.

Tuna Trouble: Several Species of Tuna Threatened from Overexploitation
A group from the International Union for the Conservation of Nature examined fish species to determine their statuses.

Gone Fish
Personal conservation is great, and the better seafood guides can be helpful, says our incite columnist, an independent voice for the environment, but fisheries policy still must be changed.