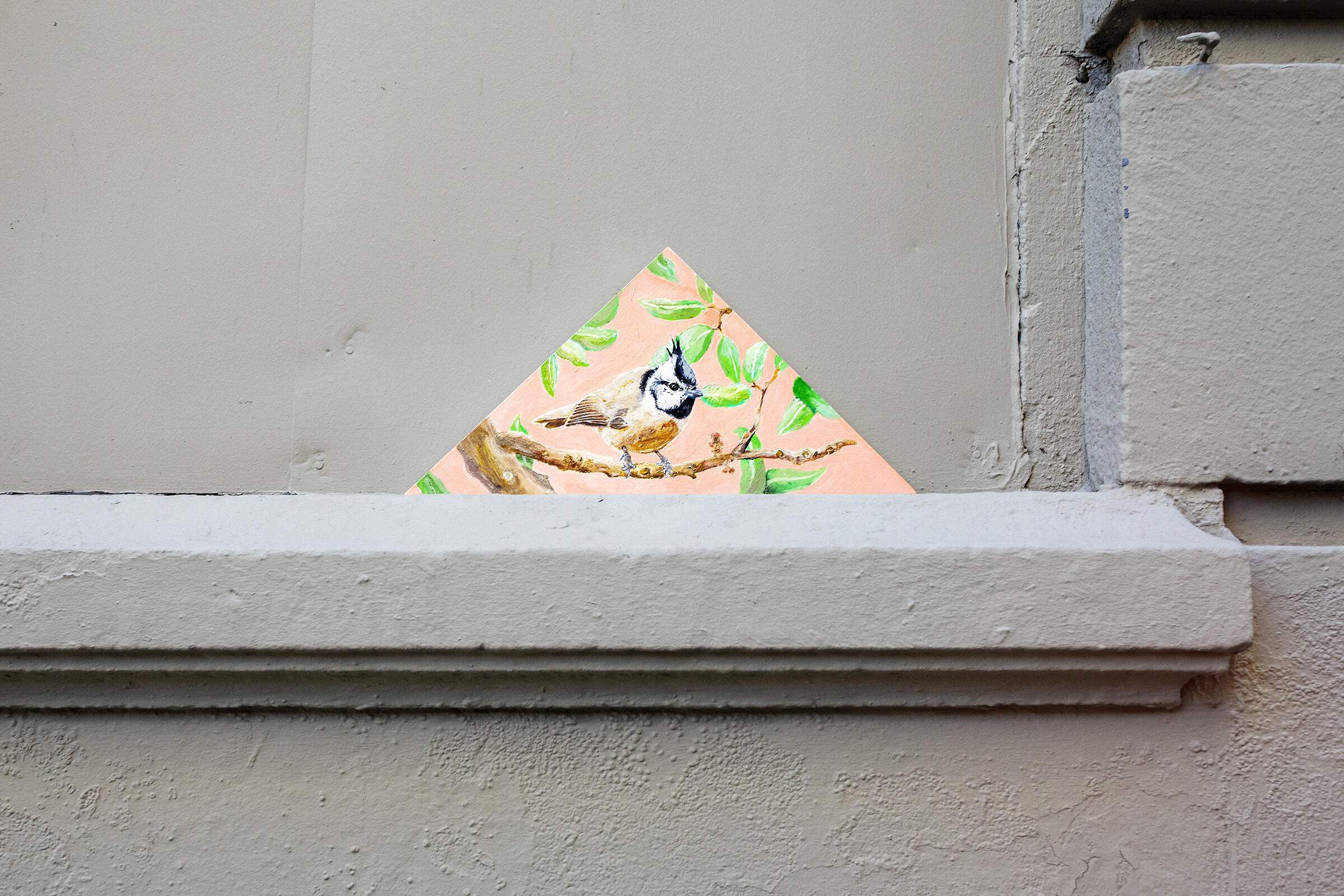 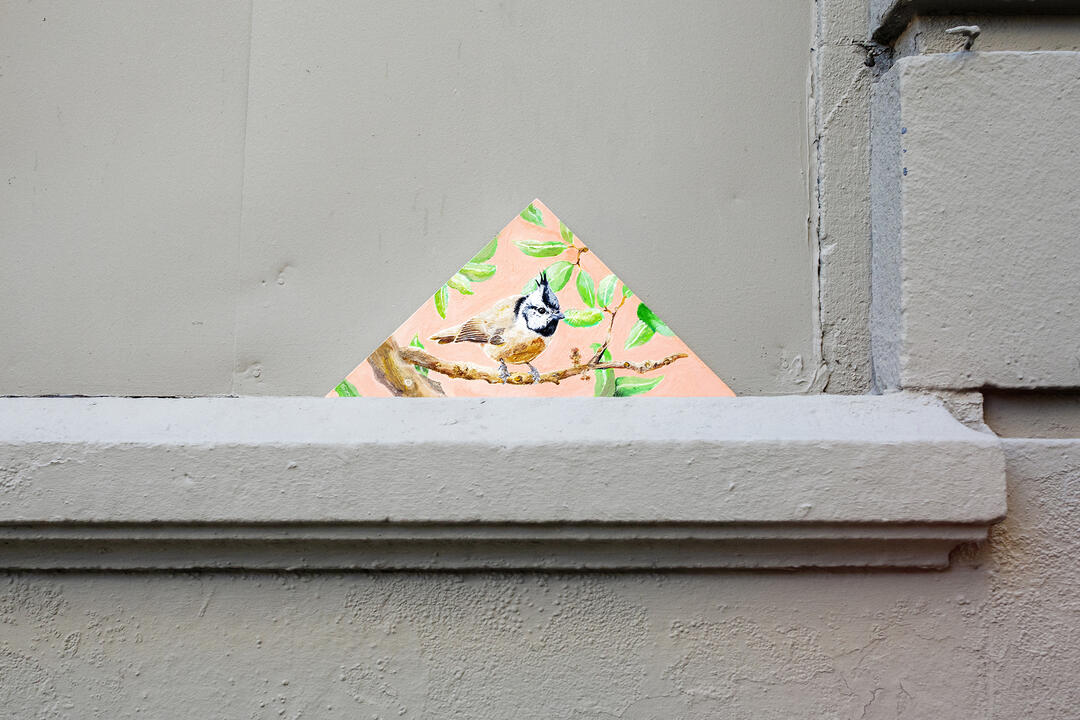 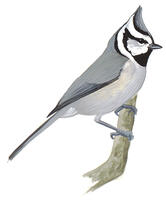 About the Bird: A relative of the chickadee, the Bridled Titmouse is a small, crested bird that nests in a sliver of Southwestern states and throughout Mexico. It’s known to actively hop and even hang upside down in pursuit of insects and seeds. Audubon scientists have found the Bridled Titmouse is highly vulnerable to the effects of climate change. It stands to lose two-thirds of both its summer and winter range, and it is also susceptible to the impacts of climate effects such as increased drought, wildfire, and spring heat waves.

About the Artist: Samuel Medina is a student at Bronx Community College. His artistic interests range from the visual arts, painting, sculpture, and public art to drama, and he has acted in a number of productions, including as Kevin Rosario in the first (and so far only) stage production of In The Heights to have been performed in Washington Heights—at George Washington High School, his alma mater. Living on 151st street, Sam has witnessed the Audubon Mural Project’s beginnings and progress and has assisted on many of the projects, most notably on Carlos Pinto and John Sear’s mosaic installation. This is Sam’s first public art piece.