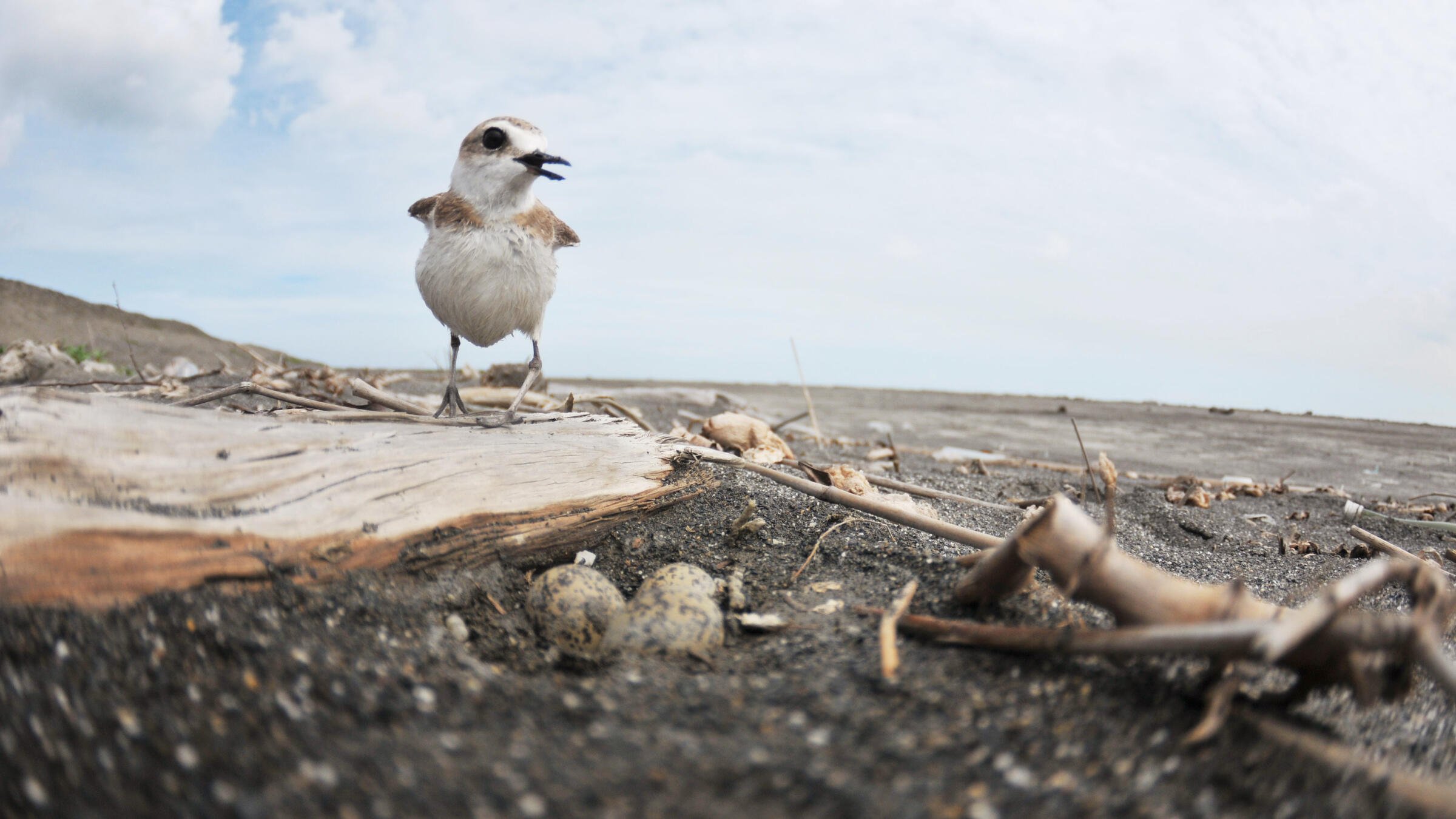 On an island in the Red Sea, Kentish Plovers nest on sand that can reach a screaming-hot 140 degrees Fahrenheit. For these birds, the challenge isn’t keeping their eggs warm; it’s keeping them cool. During the hottest part of the day, plover mothers and fathers must tightly synchronize their movements, trading off incubation duties with trips to the nearby water, where they wet their breast feathers to keep themselves and their eggs cool.

Extreme temperatures already push the limits of birds’ survival abilities, and climate change will bring even greater trials. A new study published in the journal Global Ecology & Biogeography suggests that in species where both parents raise their offspring, males can step up their efforts to compensate for higher temperatures and unpredictable variation—but at a cost.

The study, led by Orsolya Vincze of Hungary’s University of Debrecen, brings together data on 36 plover populations representing 12 species across six continents, from the birds struggling in the Red Sea heat to Piping Plovers breeding in Saskatchewan, where it can snow well into May. By combining records of birds’ parental care behavior with information on local temperature drawn from a global climate database, the international team of researchers found that when the temperature was hotter and less predictable, males spent more time incubating. The timing of males’ involvement also shifted, with eggs requiring more care during the heat of midday.

Coordinating such a large project “was quite difficult,” Vincze says. “I started actually six years ago, at the end of my bachelor’s degree, and it took a very, very long time to coordinate people and collect and organize the data.” Though she did her own field work on plovers for her PhD, the data for the climate study all came from other researchers, some pulled from previously published studies and some specifically collected for this project.

Her analysis showed that it wasn’t only warmer weather that caused males to change their routines; increasing variability, or what scientists call stochasticity—unpredictable events like severe storms or, for this study, severe heat waves—had a similar effect. “Stochasticity has a large effect on the environment, and it’s just starting to be recognized,” she says.

Flexible parenting behavior helps plovers cope with this uncertainty. But it also leaves males with less time to forage for food and other crucial activities. There’s another downside: Male plovers, like the males of many bird species, tend to be flashier than their female counterparts. If conditions force brightly colored males, which usually take their incubating shift at night, to spend more time on the nest during the day, they may attract unwanted attention from predators.

Not every bird will be able to respond to climate shifts the way plovers apparently can. In many species, females go it alone when raising their young. Still, Vincze’s study shows how animals that do practice biparental care may be able to adapt to changing environments.

“Plovers are a great choice for this work, as they show a great amount of variation in parental care strategies both within and across species,” says Macquarie University’s Simon Griffith, whose research has shown that climate change could disrupt the timing of egg hatching in Zebra Finches. “Despite the focus on just these species of shorebird, the overall result—how parental care changes with climatic variation—is likely to be fairly generalizable to other animals where the both male and female contribute to care.”

This study used a snapshot of current parental behavior around the world to guess at what the future might look like, looking at how plovers that nest in different climates adjust to local conditions. However, Vincze hopes that researchers will continue collecting data in the coming years to see how plover behavior actually changes with the climate.

“We know so little about this topic, and it is especially important because we know that climate change is happening,” she says. “We feel it on our own skin.”

And the plovers can feel it on their own feathers.

How To Deal With Climate Change? Adapt.

From home improvement to distant grocery runs, these papas put all the slouches to shame.