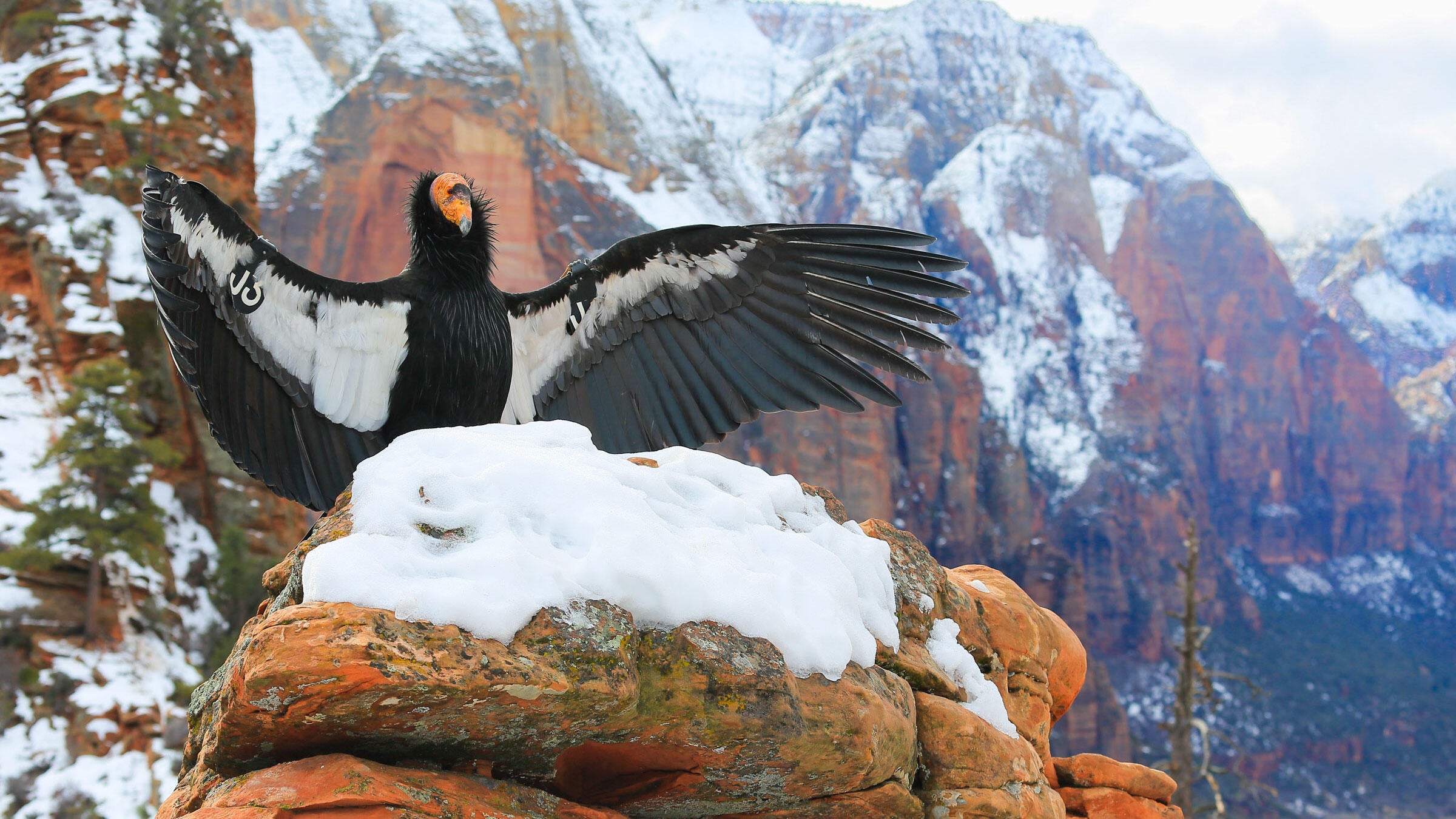 After a more than 100-year absence from Northern California, the California Condor might be reintroduced to its former range as soon as 2019. Photo: Madison Roberts/Audubon Photography Awards

For more than a decade the Yurok Tribe has been pushing to reintroduce the culturally significant bird to Northern California. Now, supported by scientific research and a host of agencies and organizations, a plan is taking shape.

More than a century has passed since our continent's largest land bird soared among the world’s tallest trees. The last California Condor of the Pacific Northwest was shot and killed sometime between 1890 and 1910 in a tiny town outside Redwood National Park. Glass-eyed and dusty, the bird is mounted at the nearby Clarke Historical Museum in Eureka.

Not far from Eureka, along the same stretch of California coastline, the Yurok tribe calls home an area around the Klamath River, which meanders from Southern Oregon into Northern California. Like their ancestors, the Yurok still build sweathouses from fallen redwoods and fish the river for salmon. But the tribe aches to be reunited with prey-go-neesh—their ancestral name for the condor. “To us, he is the king of the sky,” says tribe chairman Thomas P. O’Rourke, Sr. "His absence is a hole in our hearts."

The Yurok believe that when the creator was designing the world, he asked each animal spirit to contribute a prayer in song; the gangly yet graceful condor crooned a song more beautiful than any before it. Today, despite the birds’ decades of absence, tribal dancers wearing condor feathers handed down through generations chant his name during their annual renewal ceremonies.

To reclaim this missing piece of their cultural landscape, Yurok elders voted in 2003 to reintroduce condors to their lands. For a group of native people with limited funds, it was a bold and rare move. But the decision, O’Rourke says, was an easy one for the 5,000-member tribe, the largest in California. “No world can function and stay in balance until it is whole," he says.

Although the vote set the Yurok community to action, the necessary state and federal agencies were not yet ready to sign on to the project. To gather support, the Yurok hired biologists to study the region's rocky coast and foggy forests to determine if it could sustain a new population of the birds, which historically ranged from British Columbia down to Baja California before habitat loss, lead poisoning, and thinning eggshells decimated their numbers. Small pockets of the endangered species survive today in Big Sur and in parts of the Southwest as part of an intensive breeding and reintroduction program, but none live above the San Francisco Bay Area. A total of 435 birds exist in captivity and in the wild.

The biologists were pleased to discover that the Klamath River area remains ripe for condors. The area’s sparse human population means fewer hunting grounds and power lines, and a glut of carrion options, including washed-up whale carcasses, ensure plentiful food. The possible threat of lead poisoning from bullets and fishing tackle, however, remained a worry. Luckily, long-term studies revealed only trace amounts of the element in other scavengers such as turkey vultures and ravens—enough to prompt lead education efforts among local hunters but not derail the plan.

Once the Yurok-hired scientists had gathered sufficient data and after condor reintroduction programs showed repeated success elsewhere, the National Park Service and the U.S. Fish and Wildlife Service jumped on board. That was 2008. Now, a total of 15 agencies and organizations eager to collaborate have agreed to help release captive-bred condors into Redwood National and State Parks in Humboldt and Del Norte counties in the next two years. The joint task force just completed its first round of public scoping meetings and is in the process of drafting an Environmental Assessment (EA) of the restoration plan, which will receive a second round of public input before the final EA is published.

“When we talk about the power of this bird, we don’t just mean its physical power,” O’Rourke says of the 25-pound modern day pterodactyls with 9.5-foot wingspans. “We mean its ability to forge positive relationships between people.” Mike Long, a Fish and Wildlife endangered species division chief, agrees that working relations with the Yurok and between agencies have been incredibly smooth. “It’s been a dream team,” he says.

That alacrity was on display during the week of scoping meetings held at the end of January. The majority of attendees supported the idea and wanted to see birds in the air as soon as possible—especially a 94-year-old Yurok elder hoping to witness a condor flying up the Klamath in her lifetime. Meanwhile, a member of the Nez Perce tribe in Portland lauded the Yurok for exercising their sovereign rights in such a powerful way. "You inspire us," he said.

Still, concerns do exist among timber and energy companies that the introduction of an endangered species to their region could disrupt operations. Cattle ranchers wonder how it could impact their grazing land. And hunters in Oregon, where the bird's range could extend, are anxious that condors might prompt regulators there to ban lead ammunition, as California did in 2013 with full implementation of the phased-in bill taking effect in 2019. These worries were presented at the meetings and among the more than 3,000 written comments submitted to the USFWS about the proposal.

Long says he understands the hesitation and that Fish and Wildlife is considering designating the new condor group an “experimental nonessential population,” which would offer more collaboration with stakeholders and ease blanket Endangered Species Act (ESA) protections where appropriate. “It would allow for a more surgical approach,” he says. For instance, Long explains, the standard ESA designation could prohibit logging altogether in certain parts of the birds' range. But by applying the sub-rule to the federal law, only certain logging activities—such as cutting down a nest tree—might be outlawed. It's an especially complicated piece of the regulatory puzzle that continues to be studied.

Audubon California, which played a major role in the state's lead ammo ban, is fully supportive of the reintroduction proposal. The chapter's Director of Bird Conservation Andrea Jones says she's thrilled at the prospect of the black and white buzzards once again roaming throughout Yurok ancestral territory. "Seeing condors in the wild gives us a glimpse into California’s historic and rich biodiversity and reminds us that we still have landscapes large enough to support these giant birds," she says.

Since 2008, full-time Yurok biologist Chris West and his colleague Tiana Williams, a Harvard graduate and tribal member, have lived and breathed the dream of reunifying condors with their northern range. The plan, they explain, is to start releasing six condors a year for 10 years beginning in the fall or winter of 2019. The birds would be hatched and reared at other condor recovery facilities before being transferred to a flight pen constructed in the Redwood National Park's remote Bald Hills. There they will acclimate to the area before being released to fend for themselves. Food would still be provided outside the pen so that the free-flying birds could still be recaptured for tracking and testing purposes.

The ultimate hope is that the condors will start breeding in the wild. A distinct population in Northern California would enhance the species’ genetic diversity, West says, and help guard against total extinction in the event their southern counterparts experience some sort of catastrophe such as a mass poisoning. Though condors can soar on thermals for hours—reaching speeds of more than 55 miles per hour, climbing to altitudes of 15,000 feet, and travelling up to 200 miles in a day—it is unlikely the Yurok flock will interbreed with the Big Sur band given the vast terrain in between.

West, who’s worked with multiple condor populations throughout his career, says it was the personal connection biologists develop with condors that drew him to the species in the first place. Because each bird is so precious, great personal gratification comes with knowing his research and hands-on care help each one survive. “There are so few birds out there, that when you see success, you see it by the individual,” he says.

Williams says she’s excited for what’s ahead and to grow close with the condors, known for their intelligence and individuality. Soon she’ll head to the Los Angeles Zoo for handling and treatment training, specifically chelation therapy in case she must nurse a bird with lead poisoning back to health. For Williams, the recovery project is imbued with a special sense of meaning, given the intersection of her heritage and her job. “This is really exciting for me,” she says. “As a tribal member, it’s very significant.”

Above all, Williams is excited for the Yurok elders who’ve waited and prayed for their sky spirit to return. Soon, their dream of seeing a condor once again wheeling above the redwoods could come true. O’Rourke says the sight will fill his heart. “I know I’ll have tears in my eyes."