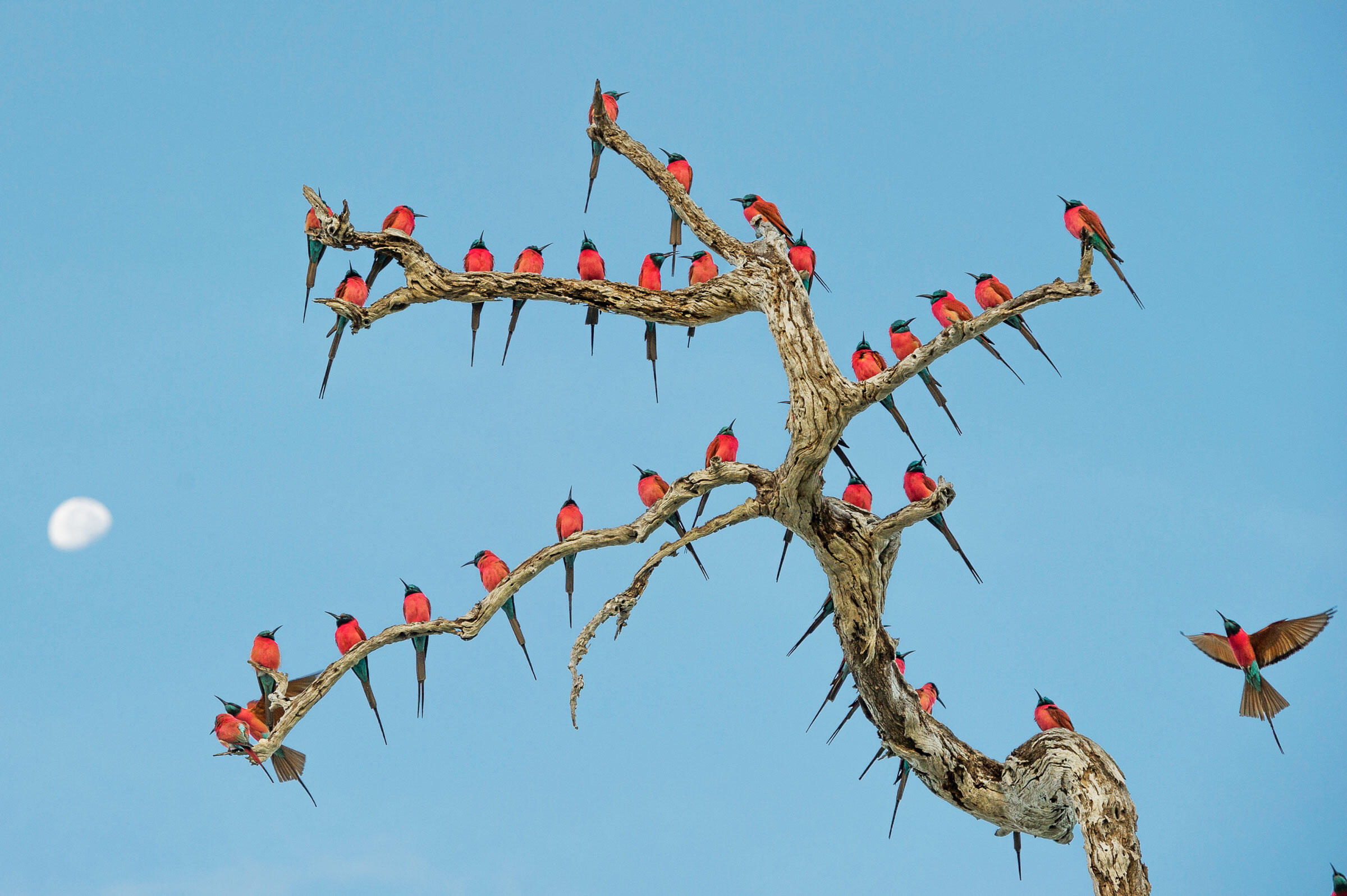 Though they seem calm in this photo, Northern Carmine Bee-eaters tend to follow just about anything that moves. But even with 30 to 40 of the crimson birds tailing his vehicle, the photographer found it too difficult to get a good action shot. Instead, he put down his camera, sat back, and appreciated being pursued for a change. Photo: Robert J. Ross

In his 20-plus visits to Tanzania’s Selous Game Reserve, photographer Robert Ross has crouched in palm forests with hunters, bounced along dusty roads with tourists, and spent sleepless nights among howling hyenas. Last week, after nearly a decade of shooting and editing, he released The Selous in Africa: A Long Way From Anywhere, a photography book filled with his vibrant portraits of animals and landscapes from one of Africa's last truly wild places.

With over 19,000 square miles, the Selous Game Reserve contains a staggering variety of habitats and landscapes, from Miombo woodlands and coastal forests to ragged mountains and riverine valleys. Crocodiles, leopards, giraffe, hippopotami, and vast herds of buffaloes roam the land and rivers, and over 460 species of birds have been recorded in the area, including bee-eaters, birds of prey like Pearl-spotted Owlets and Crowned and Martial Eagles, and waterbirds such as Openbill Storks and Pink-backed Pelicans. Ross, 58, started photographing Africa’s rain forests and bustling cities 15 years ago, but it wasn’t until 2009 that he ventured into the Selous, and immediately found himself transfixed. What was intended to be a week-long stay turned into a six-year-long mission to document all the wild wonders of the reserve. Ross pursued flocks of Red-billed Queleas for hours (yelling directions to his driver as they tried to keep up), confronted wallowing hippos to get the perfect lakeside shot of Northern Carmine Bee-eaters, and hid from skittish African Paradise Flycatchers as they fed their babies (a remote-triggered camera came in handy for that one). He also encountered many rare birds, including the Narina Trogon, the Wattled Crane, and the Böhm’s Bee-eater.

Stately Borassus palms rise from the swamps between the Rufiji River and the northern lakes. Photo: Robert J. Ross

The Selous was once dotted with settlements, but harsh environmental conditions and a tsetse fly outbreak spurred a large-scale evacuation of the region in the 1940s, leaving the reserve uncultivated, uninhabited, and relatively untouched for many years. Written records on its history only date back to the 1800s, when the first piece of the reserve was set aside for conservation. Today, the Selous has about 40 blocks of land that are leased to big-game hunting companies, as well as a number of camps in the northern part of the reserve that are reserved specifically for photo safaris. (Photographic tourism has been on the rise in the region due to its untamed nature and reputation.) Both activities are rigorously monitored, and provide vital sources of revenue that benefit the reserve and its protected areas. "The Selous is one of those fabled, protected places,” Ross says. “Even though it is one of Africa’s largest and oldest wilderness areas, it is still largely unknown.” 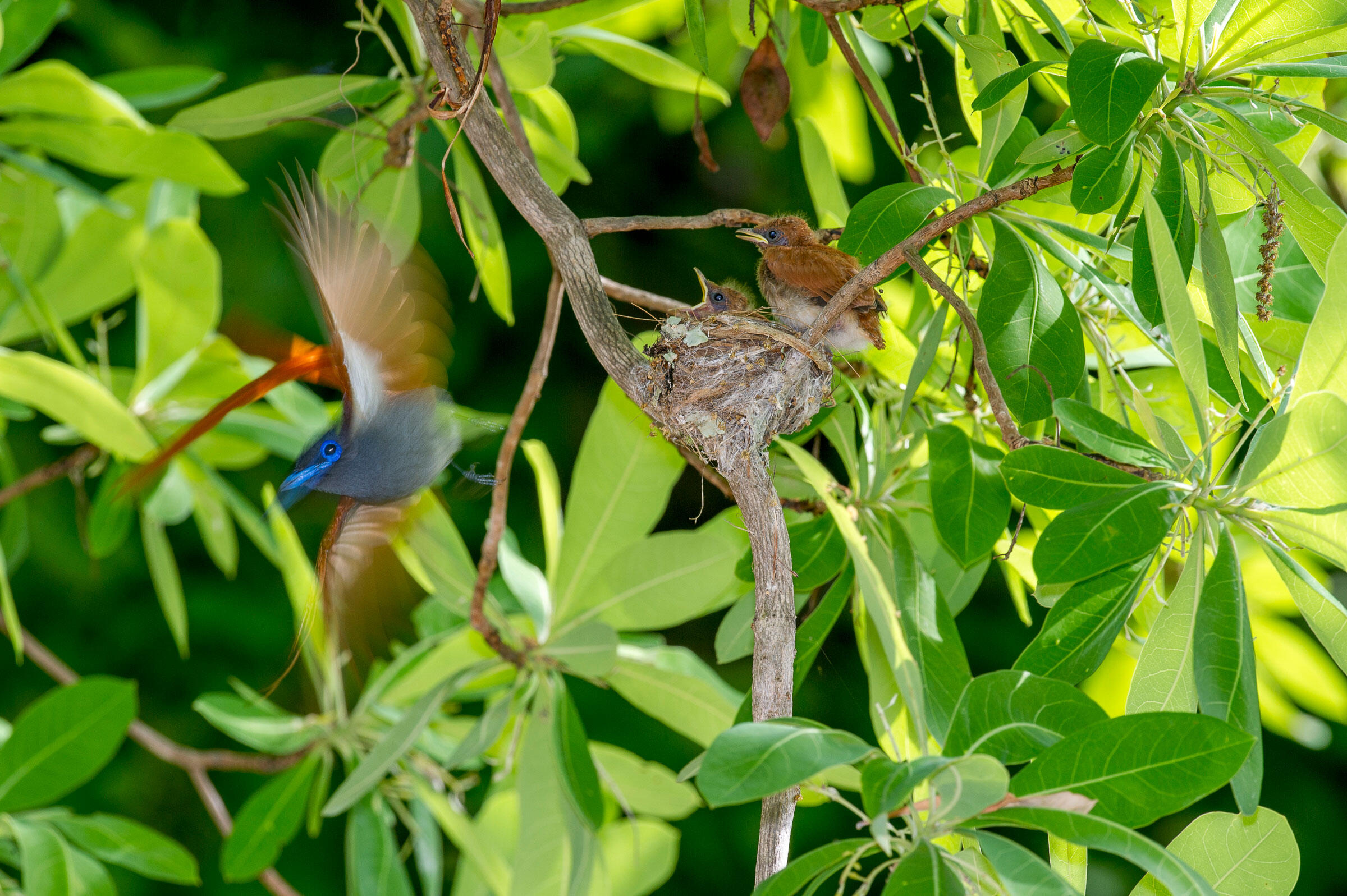 The African Paradise Flycatcher is about 18 centimeters in height, but the tail feathers in the male more than double that. Photo: Robert J. Ross

It's also plagued by a number of anthropogenic threats. Between the 1970s and late 1980s, the reserve's once-thriving elephant population declined from 110,000 to 30,000 due to poaching, and the park’s rhinos went from 3,000 to a mere 100 during the same time period. The Selous was designated as a World Heritage site in 1982, but poaching is still a major problem. The Tanzanian government legalized oil and gas exploration in the reserve in 2009, and there are plans for the construction of a dam on the Rufiji River—the reserve’s largest and most ecologically important river. As a result, the site was added to the United Nation’s List of World Heritage in Danger last year. 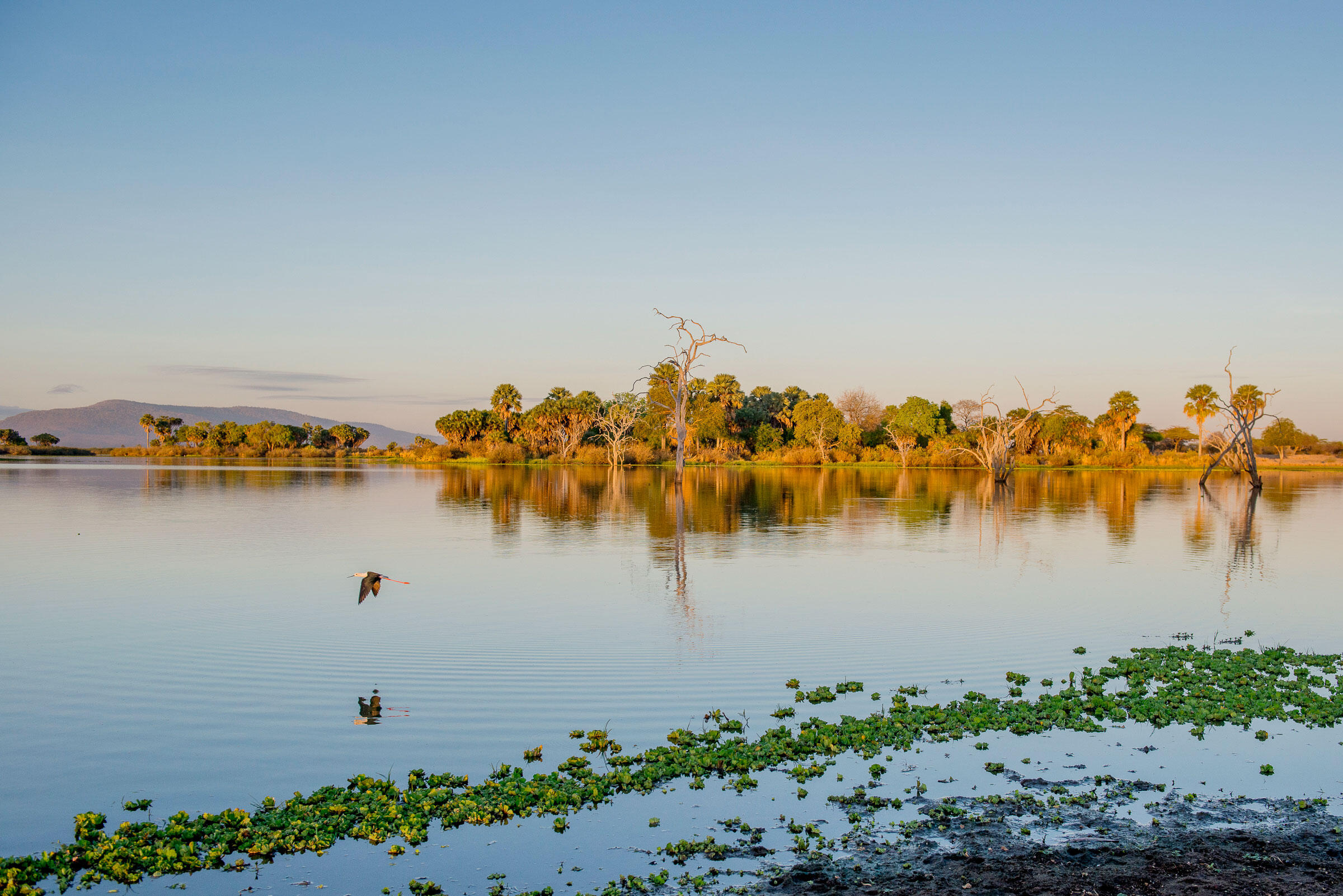 Ross hopes that his book will inspire greater conservation efforts in the Selous. “The better something is known, the better chance it will be properly looked after,” he says. “It’s critical we protect these wilderness areas, because once they are gone, they are gone for good.” To that end, Ross collaborated with writers Rolf Baldus and Walter Jubber, who both penned essays about the reserve’s history and ecology for the book. The Selous in Africa also includes excerpts from Sand Rivers, Peter Matthiessen’s dreamy 1981 account of his adventures in the Selous. Among those sampled lines is an observation that rings as true today as it did 30 years ago, paired alongside Ross's image of a solitary stilt in the book: “There is a silence in the imminence of animals and also in the echo of their noise, but the dread silence is the one that rises from a wilderness from which all the animals have gone.”

Take a virtual trip through the reserve with more selections from the book: 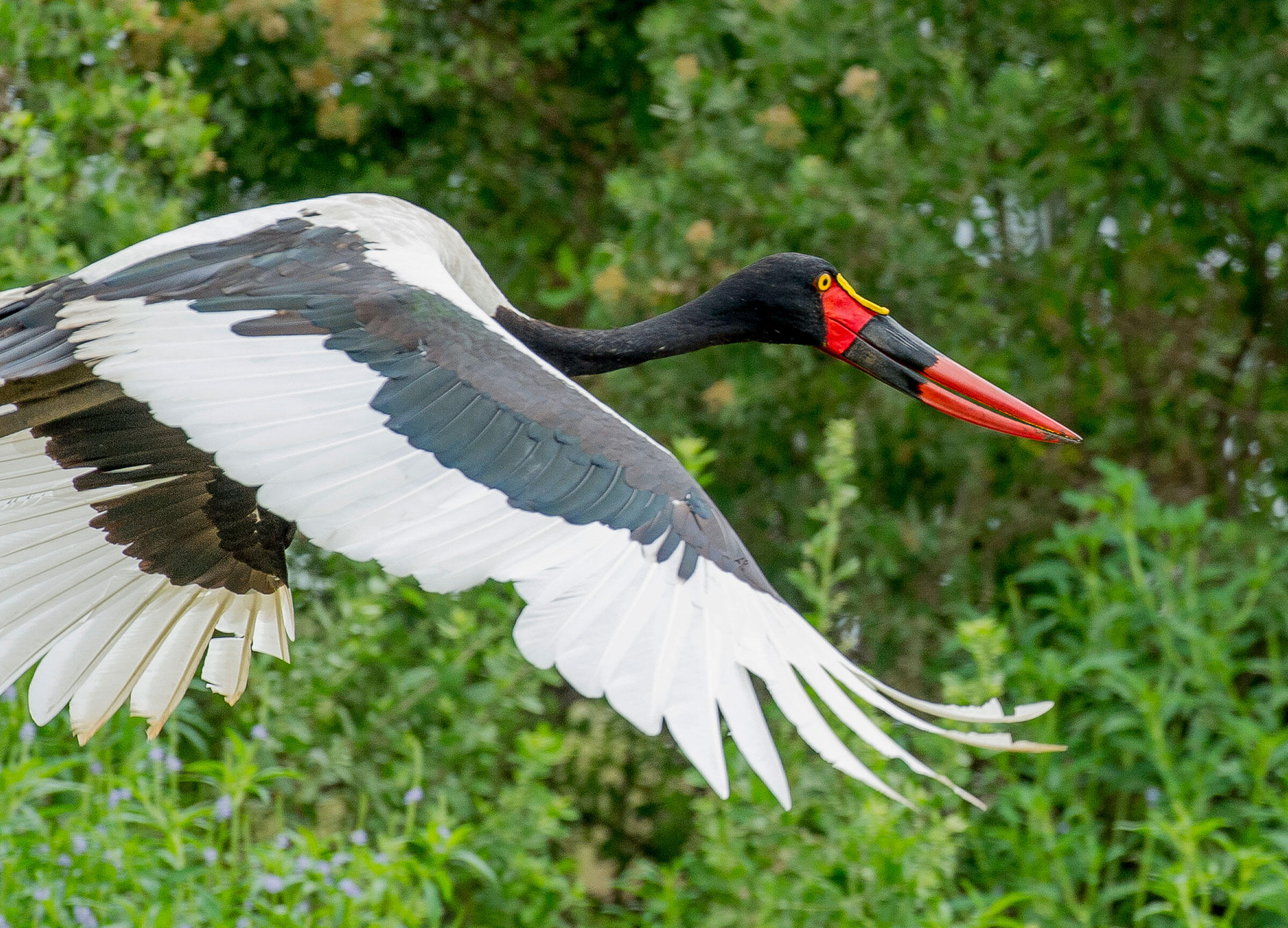 The Saddle-billed Stork is an impressive sight in flight. With a wingspan of up to three meters, the Saddle-billed is also the tallest of the storks. Photo: Robert J. Ross 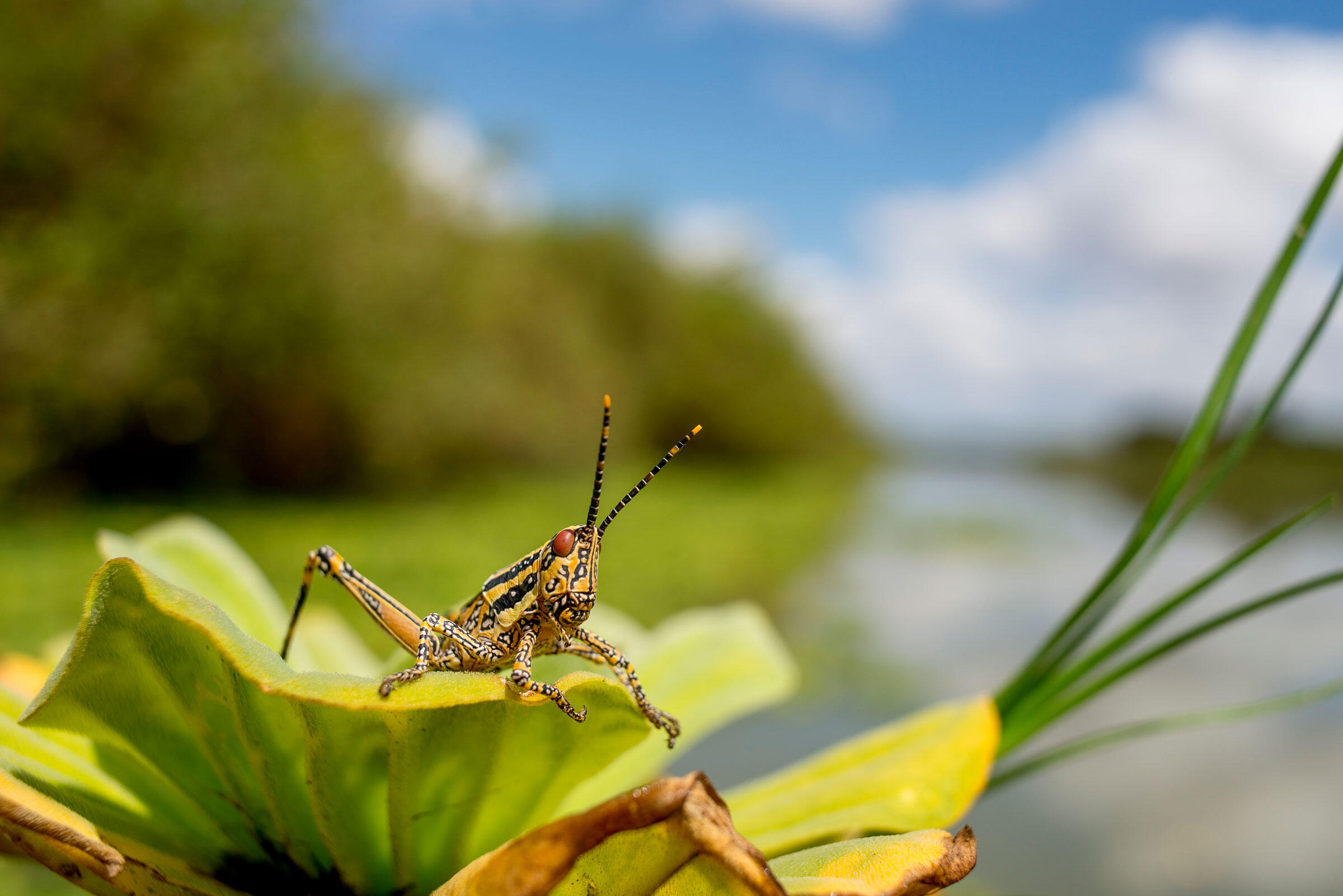 The aptly named elegant grasshopper appears by the thousands along the edges of the rivers and lakes in the northern Selous for a short season and then quickly disappears. Photo: Robert J. Ross 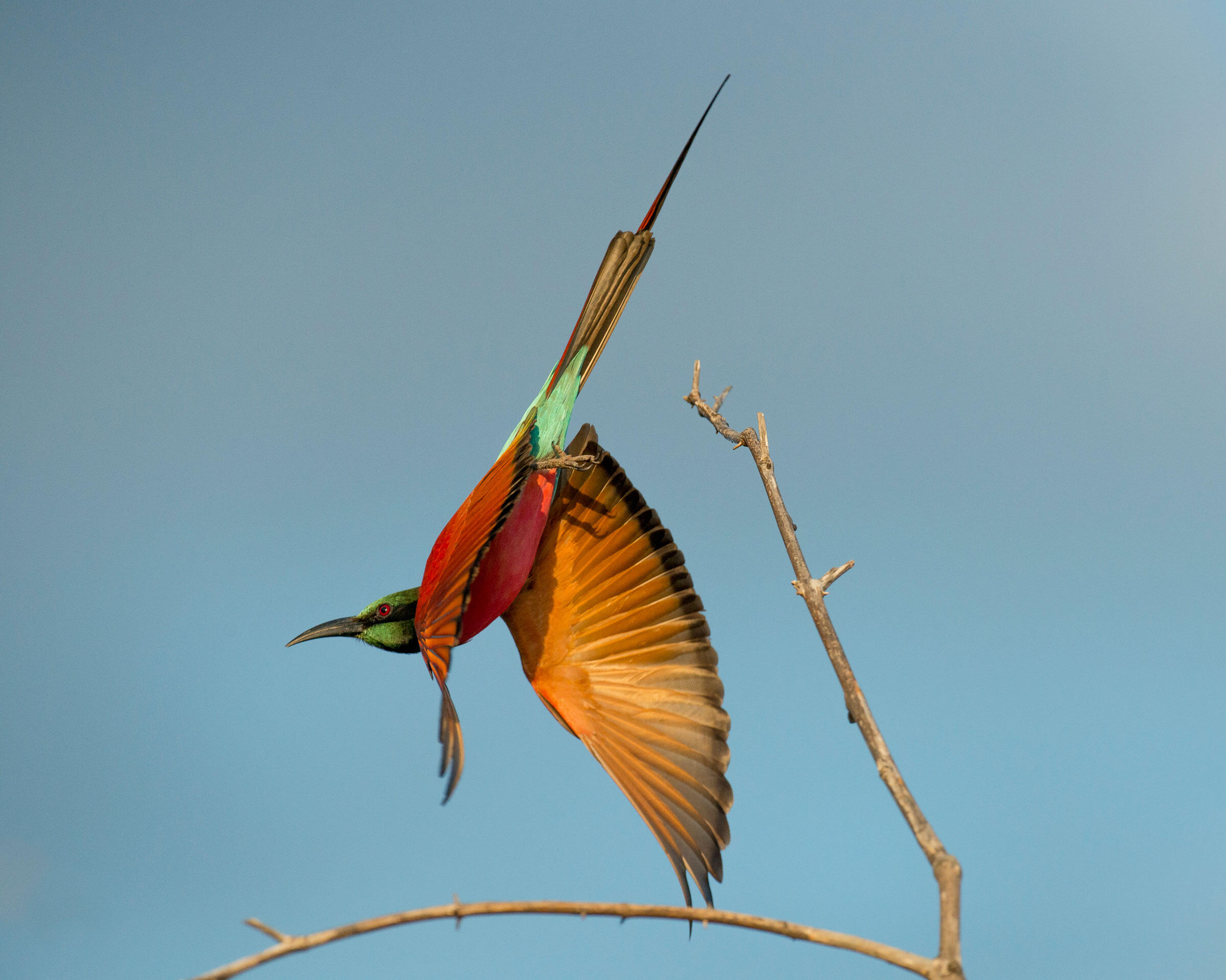 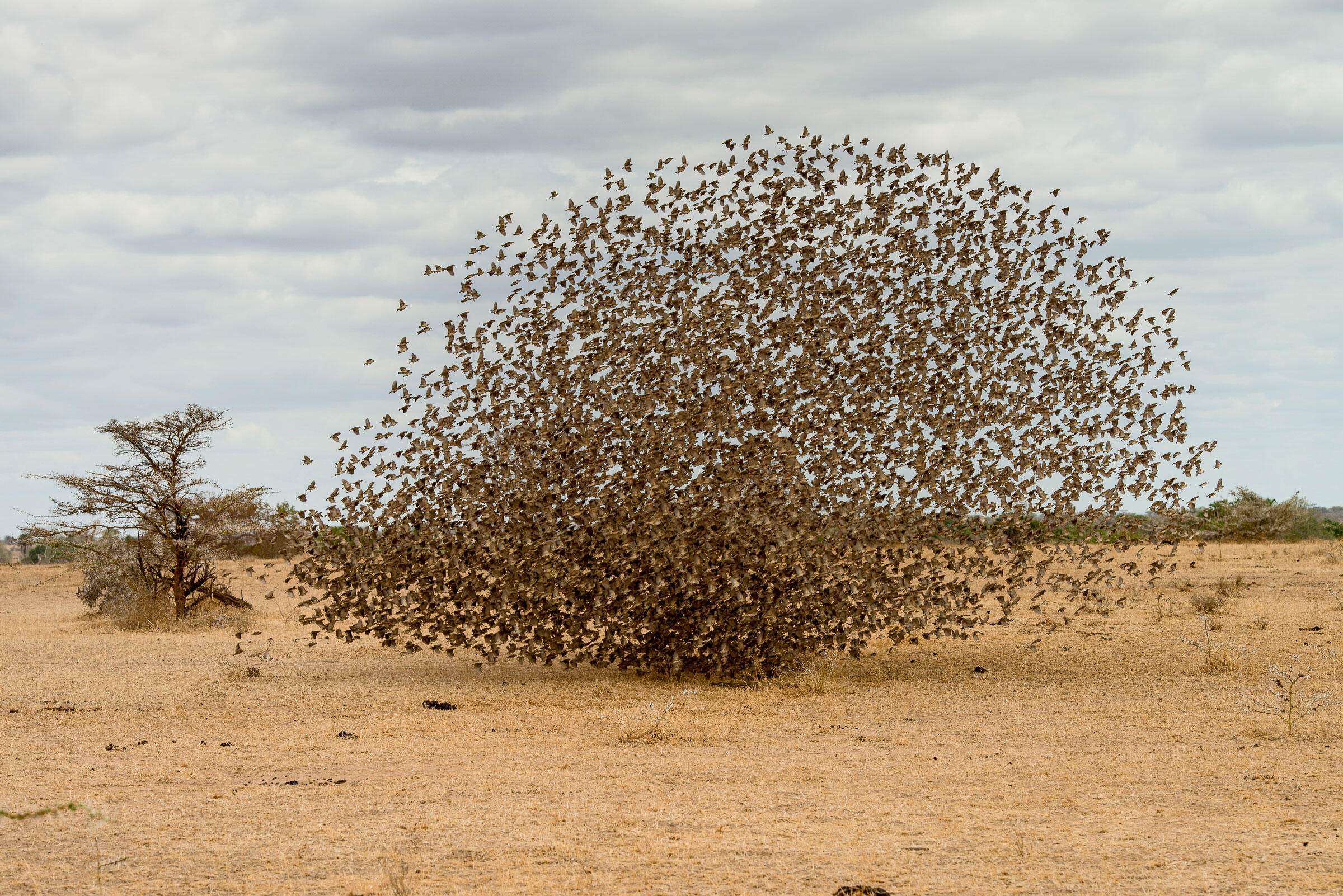 The Red-billed Quelea is the world's most abundant bird species, with total population estimates up to 10 billion. The queleas live and breed in huge flocks, flying long distances each day to feed on seeds and grains. Beautiful in the wild, queleas can cause serious crop damage in agricultural areas. Photo: Robert J. Ross 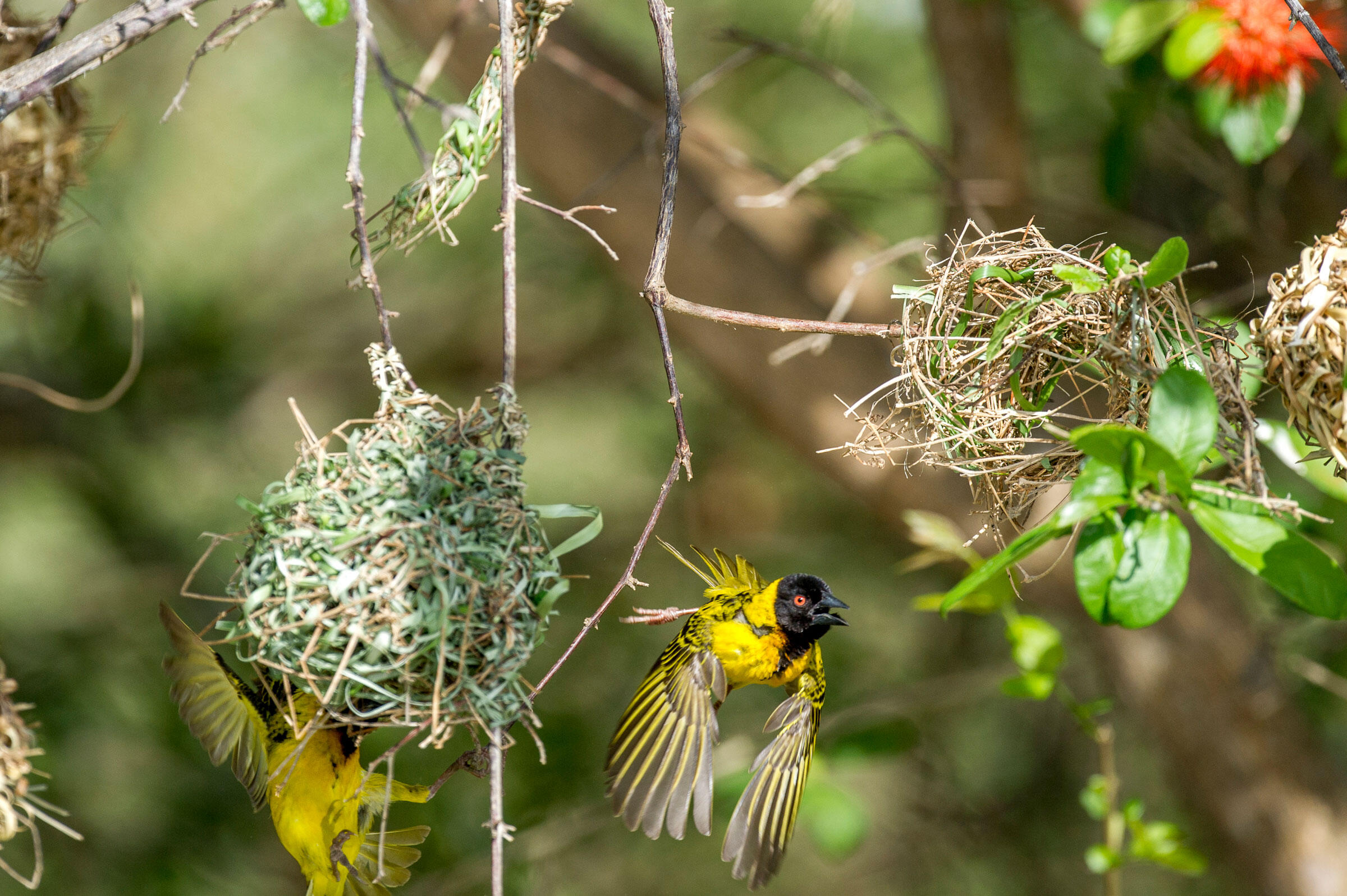 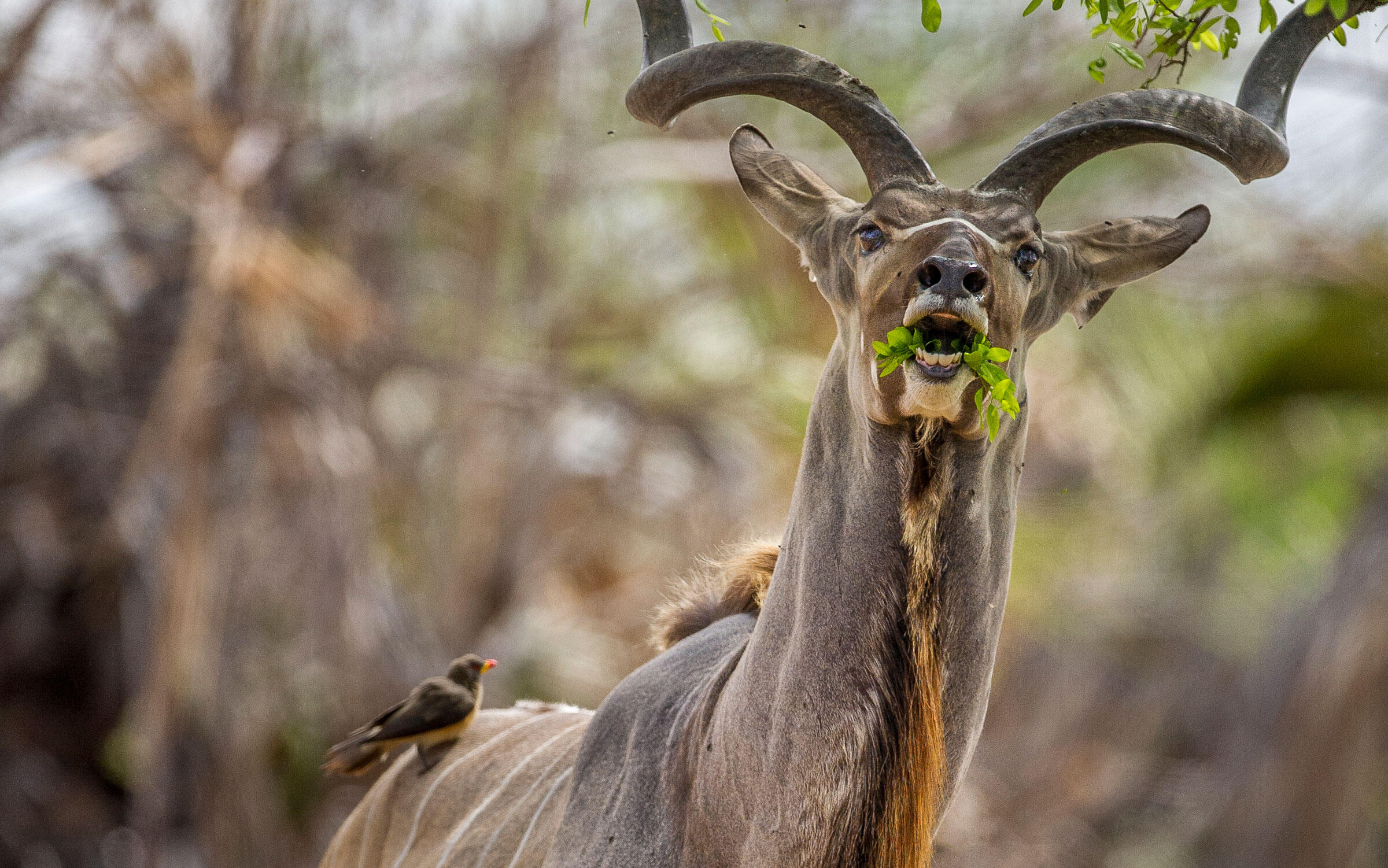 The greater kudu is a large and magnificent antelope. The males have spiral horns which can reach nearly 2 meters in length. Photo: Robert J. Ross 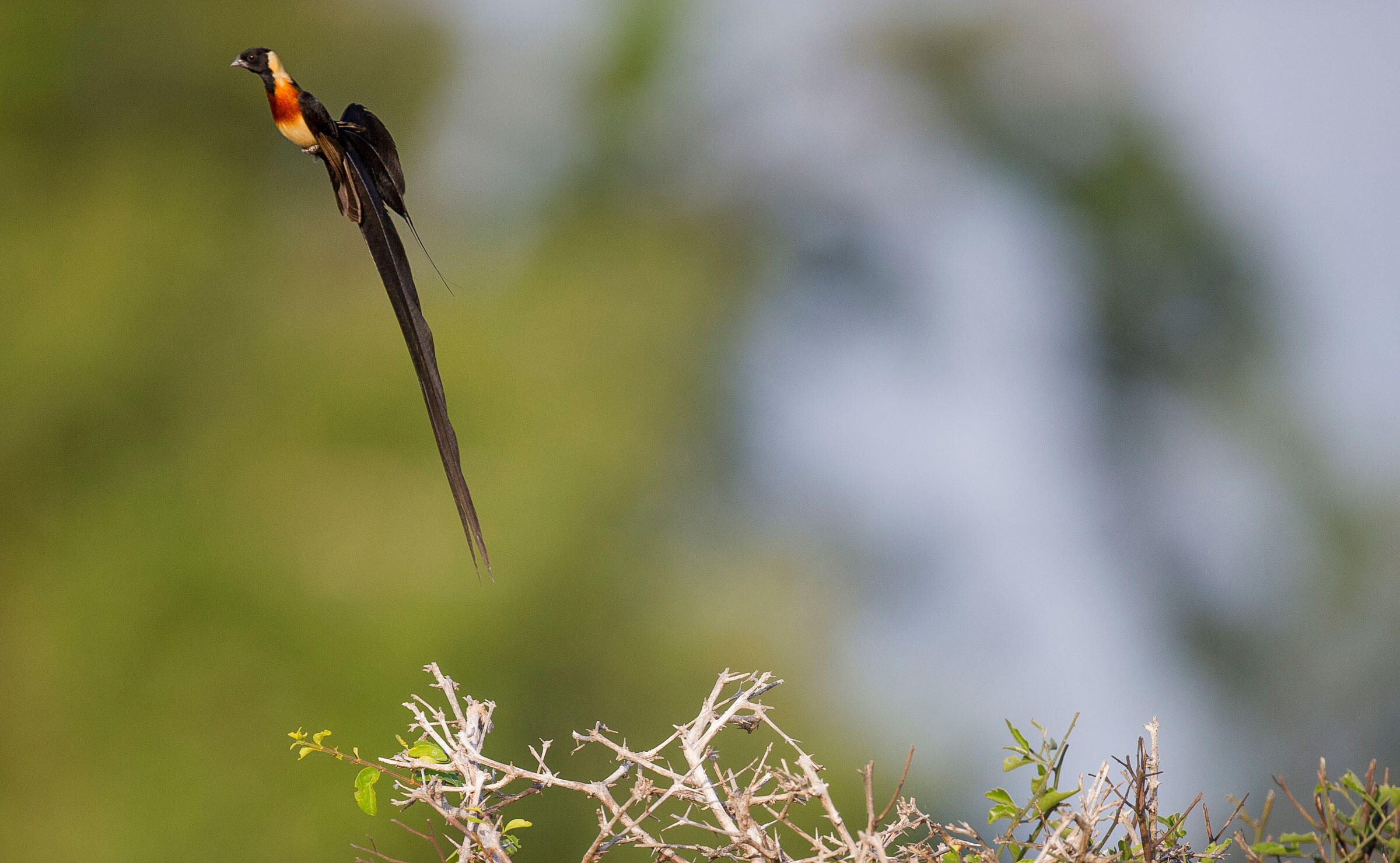 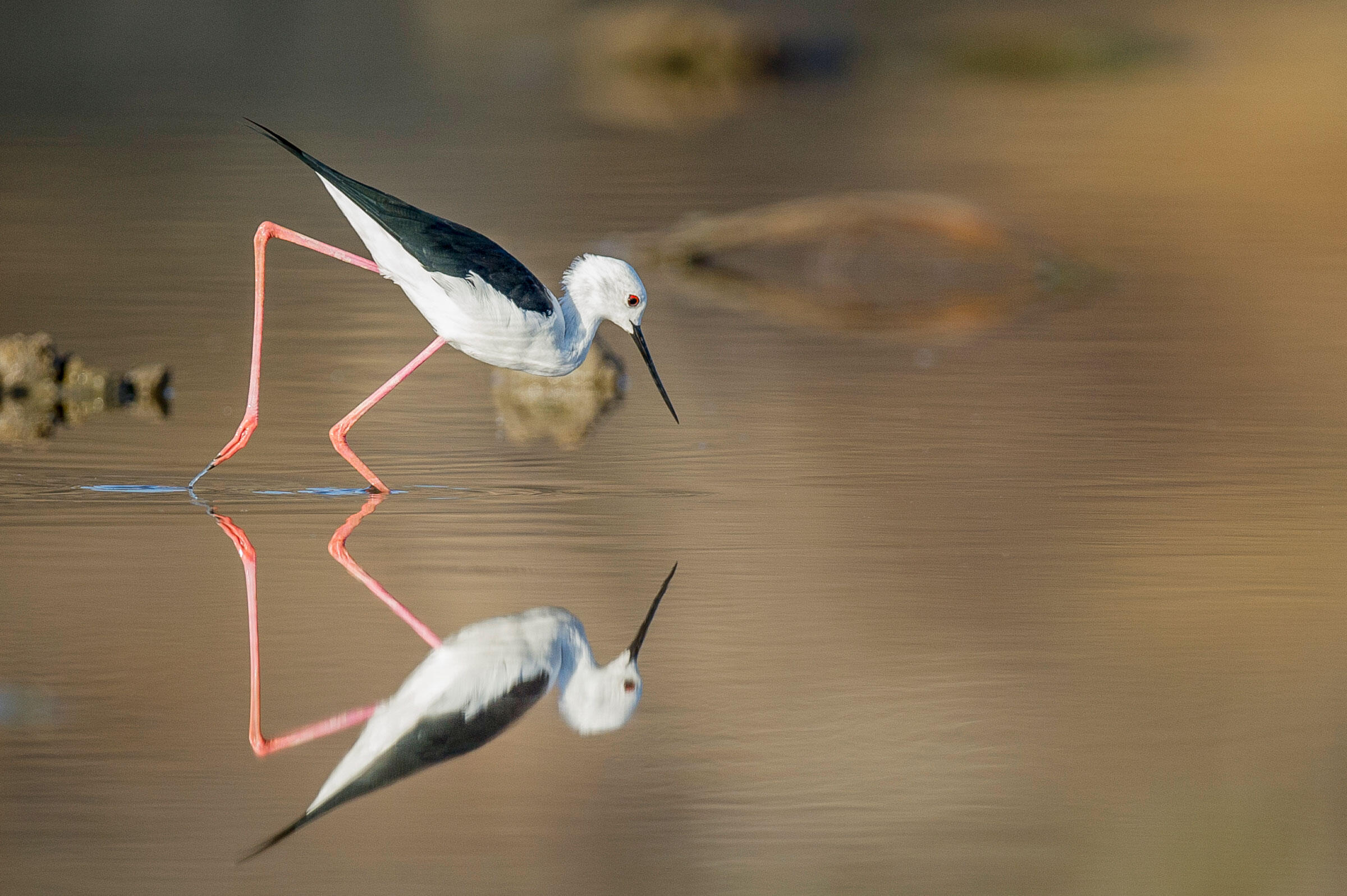 The Black-winged Stilt is a graceful wader found at the edge of many of the lakes and rivers in the Selous. Photo: Robert J. Ross 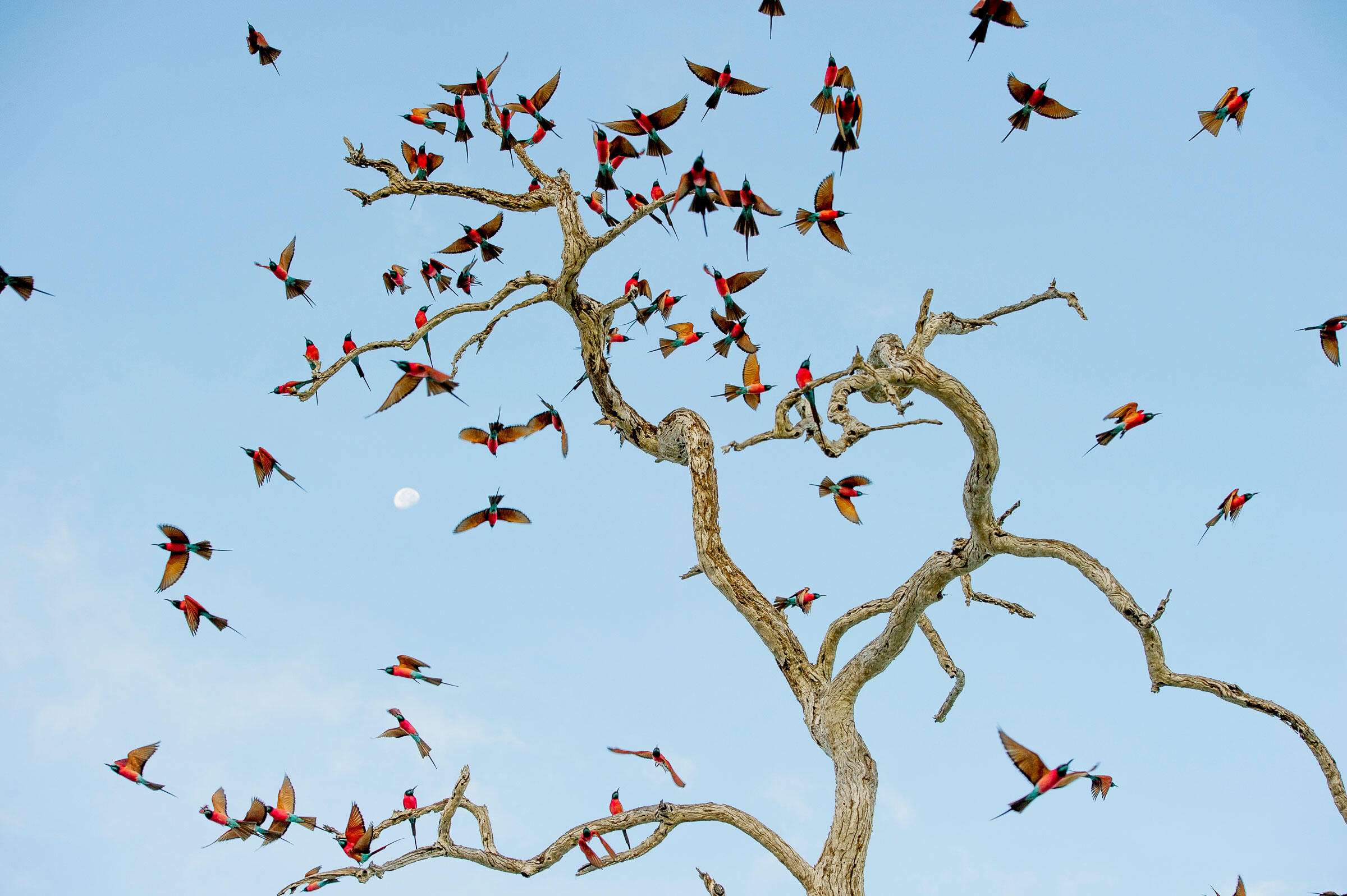 The Northern Carmine Bee-eater is a beautiful and gregarious seasonal visitor to the Sealous. They are often found early and late in the day roosting in great numbers on trees and bushes in and around lakes and river. Photo: Robert J. Ross

The Selous in Africa: A Long Way from Anywhere, photographs by Robert Ross, Officina Libraria, 276 pages, $65. Buy it on Amazon.