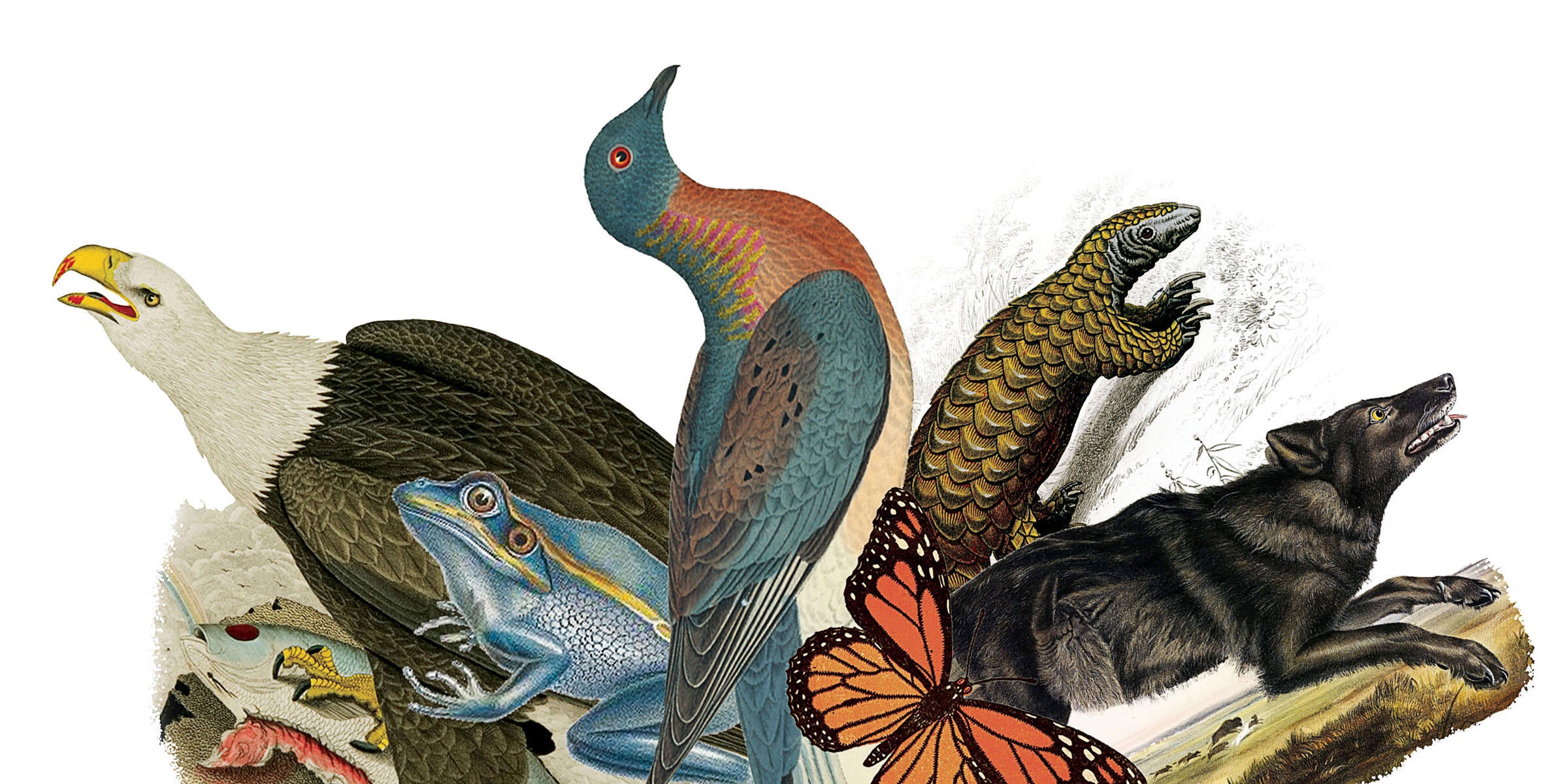 Capturing the Whole History of Conservationism—for Better and Worse

In her new book ‘Beloved Beasts,’ author Michelle Nijhuis chronicles a movement dedicated to the 'preservation of possibility.'

Veteran science journalist Michelle Nijhuis has been writing about conservation for more than two decades. Her work on topics ranging from climate change to humans' relationships with other species regularly appears in publications such as the New Yorker and The Atlantic. In her hotly anticipated new book, released March 9, Nijhuis sets out to tell the definitive history of the effort she dedicated her career to chronicling.

Beloved Beasts: Fighting for Life in an Age of Extinction turns an exacting eye on the history of conservationism, emphasizing the movement's interconnectedness and complexity. Nijhuis takes the reader on a journey through time, from the plains bisons’ brush with extinction in the 1800s, to the community conservancies preserving wildlife in modern-day Namibia. She tells the origin stories of well-known figures and organizations like Aldo Leopold and the National Audubon Society, while also highlighting the roles of lesser-known individuals like Rosalie Edge. She also exposes the often sexist, racist, and colonialist attitudes of conservationists, and how those attitudes have held the movement back by excluding so many from participating in, and benefiting from, conservation work.

Audubon recently caught up with Nijhuis to chat about her new book, what she learned from her journey into the archives, and where she thinks conservation is headed next.

Audubon: Can you tell me about your motivation for writing this book, and why now seemed like the right time to delve into the history of conservation?

Nijhuis: Well, I set out to write this book because I felt that conservationists really don’t take stock of what they’ve accomplished. I've been interested in conservation history for a long time, and I was aware that there are many species on Earth that we wouldn't have today were it not for the work of conservation. I wanted to try to put those accomplishments together in a way that really told the story of conservation as the story of a movement, which it is. I think we often hear about individual iconic conservationists like Rachel Carson or Aldo Leopold or John Muir, but we don’t have a sense of them as characters in the story of the conservation movement.

A: How did you approach those tensions between the genuine good that conservation has done and its legacies of racism and colonialism as you were reporting and writing this book?

N: It was very important to show that the two went together. Both are very important and have had very real consequences. We are all richer today because of the accomplishments of the conservation movement. It’s astonishing to think that we would almost certainly have no rhinos, no bison, no elephants, no tigers—there is so much charismatic megafauna and non-charismatic microfauna that we would not have, were it not for the conservation movement.

A: Your first chapter is about Linnaeus and the history of taxonomy. Can you talk a bit about why you chose to start with species classification, and how the concept of species has shaped conservation?

N: I think people who care about other species sometimes think of the concept of a species as a much more concrete thing than it actually is. I wanted to get across the idea that, to a great extent, species are a human concept. Nobody needs to argue that there’s a significant difference between a wolf and an elephant, but the idea that there are species of animals with clear boundaries around them is very much a human concept. The boundaries between kinds of life are much fuzzier than we often assume. I wanted to get across that that fundamental unit of conservation is to some extent a human creation.

A: In your book, you talk about how the idea of what deserves protection changes throughout the history of conservation. Can you describe some of the major shifts in conservation priorities that have led us to where we are today?

N: I think the conservation movement really started with the rather shocking realization that humans actually could drive species extinct. We’re so familiar with the concept of extinction today that we can’t imagine what it was like to not know that humans were capable of causing extinctions. But it wasn’t really until the mid-1800s that societies in North America and Europe really understood that not only was extinction possible, but humans could cause it.

Anyone within the movement will tell you that conservation is not just about protecting rare species—it’s an effort to protect all species.

The conservation movement really started by trying to protect showy, individual animals like the bison from really direct threats like overhunting. This was at a time when the science of ecology was in its infancy. The people who were protecting the bison didn’t really have an understanding of how important the bison was for the prairie ecosystem, they just wanted bison. They basically treated them like livestock. They “grew” bison in captivity and let them loose on the prairie. That’s part of the reason we still have bison today, but it wasn’t really a complete conservation victory in the way we understand it today, because it didn’t really restore bison to the ecosystem. It simply protected them from extinction.

As the science of ecology has grown up, the conservation movement has grown up alongside that. It’s moved from protecting individual iconic species from really direct threats, to trying to protect species in abundance, in relationships with other species, and in place in their native habitats. Often people outside the conservation movement don’t see that that shift has occurred, because it continues to use flagship species like the panda or the Bald Eagle. Really, it’s about so much more than that. Anyone within the movement will tell you that conservation is not just about protecting rare species—it’s an effort to protect all species.

A: You talk about this realization that conservation is about protecting all species, even the common ones. But today, there seem to be more rare species in need of our attention than ever before.

N: The Nigerian philosopher and activist Bayo Akomolafe says that when times are urgent, we must slow down. Often in times of crises, humans grasp for very simple solutions or broad-brush solutions. And we should be aware of that. And we should use crisis as an opportunity to step back for a moment and say, “What are we really doing and why are we doing it? What should we do now that’s going to get us out of this crisis in a long-term way?”

After looking at the history of conservation, I think where it needs to be going is to grow beyond being considered a special interest. I think some of the blind spots in conservation have led to it being perceived as something only a few people do. When really, everyone should be a conservationist. People are very capable of playing a constructive role in conservation. It should not just be about protecting nature from humans, it should be about helping people live alongside other species in a way that’s going to benefit both people and other species in the long term, and find ways people can participate constructively in their own ecosystems. We’re never going to accomplish meaningful conservation if it’s just up to a few people.

A: Did the process of writing this book change how you personally view conservation?

N: I became much more aware of the importance of broadening the movement. That’s something I would have nodded my head at when I began the process of writing this book. But going to Namibia, and seeing firsthand what community conservancies in Namibia have accomplished over the 30 years or so that they’ve been in existence, really was a revelatory experience for me. It gave me a much more gut level understanding of conservation being something that we all practice every day.