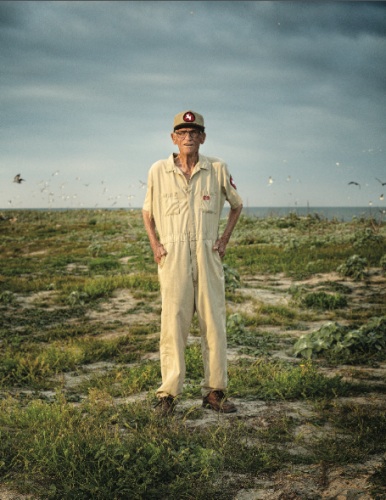 When Chester Smith hired on as warden of Sundown Island 25 years ago at the age of 65, fewer than 10 pairs of endangered brown pelicans were nesting on the 60-acre manmade isle—one of 80 islands Audubon Texas safeguards on the Texas Gulf Coast. The birds had been hunted and poisoned to near extinction, and Smith was determined to do what he could to save them.

Thanks to Smith’s dedication, and his small army of volunteers that included many family members, the pelicans flourished on Sundown. This May, the 90-year-old assumed his usual role in leading the annual bird census, which found 2,029 nesting pairs of brown pelicans. It was one of Smith’s last visits to the island. He died on June 26 from complications associated with a major stroke he suffered the week before.

“Chester epitomized what it meant to be a wildlife steward,” says Iliana Peña, director of conservation for Audubon Texas. “He inspired me and countless others to work tirelessly toward nurturing a sanctuary that supports beautiful life.” 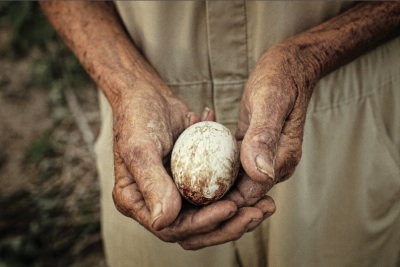 Smith’s accomplishments didn’t go unnoticed, Pena notes. In 2009, Smith and four other coastal wardens were awarded the USFWS Recovery Champions Award in recognition of their critical role in brown pelican recovery. (The brown pelican was removed from the endangered species list in 2009). Also that year, Chester was awarded the Houston Zoo’s Heiser Award in recognition of notable contributions to appreciation and preservation of the earth’s heritage of living creatures, their environment, their ecology, and their relation to human welfare.

Bob Benson, executive director of Audubon Texas, calls Smith a “great friend to coastal conservation.” In the video below, many of the people that Smith inspired speak for themselves. The 2007 short documentary features Smith on the island, speaking passionately and affectionately about the birds that he spent 25 years protecting. His goal, he says in the video, was to continue working as a warden until he was 90. He met that goal, and his son-in-law plans to apply to take over Smith’s warden position, making caring for Sundown Island and all its avian inhabitants a family tradition. If his son-in-law does carry on the torch, he’ll have to get his own pair of Audubon coveralls—Chester Smith chose to be buried in his pair.