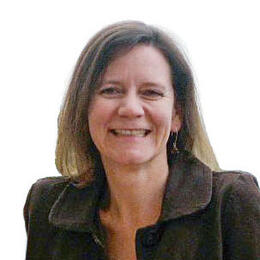 As 2019 comes to a close, Congress has one more chance to pass legislation that will help fight climate change. Now, as part of a late-December continuing resolution—a short-term funding package to keep the government open—Congress can pass extensions for clean energy tax credits that support carbon-free energy. The market share of technology like wind, solar, geothermal, and electric vehicles has grown in large part because of support from tax incentives. In turn, that technology is creating jobs, making energy more affordable, and pushing the transition toward an economy that runs entirely on clean energy. These tax credits are a critical tool to continue that momentum.

Clean energy benefits birds and people. In October, Audubon released a new scientific report called Survival by Degrees, which showed that if 3 degrees C of warming occurs, 64% of North American birds will become vulnerable to extinction. This list includes iconic species like the Common Loon, the Mountain Bluebird, and the Wood Thrush. Outcomes improve, however, for 76% of at-risk species if warming is held to just 1.5 degrees C, a threshold that requires that the world reach net-zero greenhouse gas emissions by mid-century. With just a couple decades left to transform the economy, investment in solutions must begin now.

This fall, Audubon advocates from across the country arrived in Washington, DC, holding over 100 meetings with Members of Congress from 19 states to talk about this new research and policies like the clean energy tax incentives. Investment in clean energy has helped the industry grow substantially, creating over 111,000 and 334,000 jobs in the wind and solar industries, respectively, in turn generating economic benefits in the surrounding communities. Technology has improved as more projects have gotten on the ground, and so the average price of electricity from clean energy has also substantially lowered over the last decade

Audubon has communicated to Congress that renewal and expansion of these tax credits must be a priority for 2019. Audubon joined conservation and industry groups asking for action on the tax credits. On November 12, Audubon President and CEO, David Yarnold, sent a letter to the committees in the House and Senate that write tax legislation, asking that clean energy tax incentives be made a priority before the end of the year. In the letter, we asked for a number of provisions including:

Even if efforts this month fail, pressure is building for Congress to get a clean energy tax package passed. At the end of October, 166 House members signed a "Dear Colleague" letter urging leadership to get it done. Then, in early November, a the House Ways & Means Committee Majority, led by Rep. Mike Thompson (D-CA) and Rep. Richard Neal (D-MA) introduced the Growing Renewable Energy and Efficiency Now (GREEN) Act. The bill provides an extension for a number of clean energy tax incentives through 2024, including support for wind, solar, geothermal, standalone energy storage technology, and carbon capture, and a number of provisions for building energy efficiency, electric vehicles, and environmental justice programs.

Audubon welcomes this enthusiasm will work with Congress to keep the momentum going. While there is much work to be done to make the transition to clean energy economy, policies like these tax credits can begin to set the stage for the clean energy transformation needed to help birds and people.