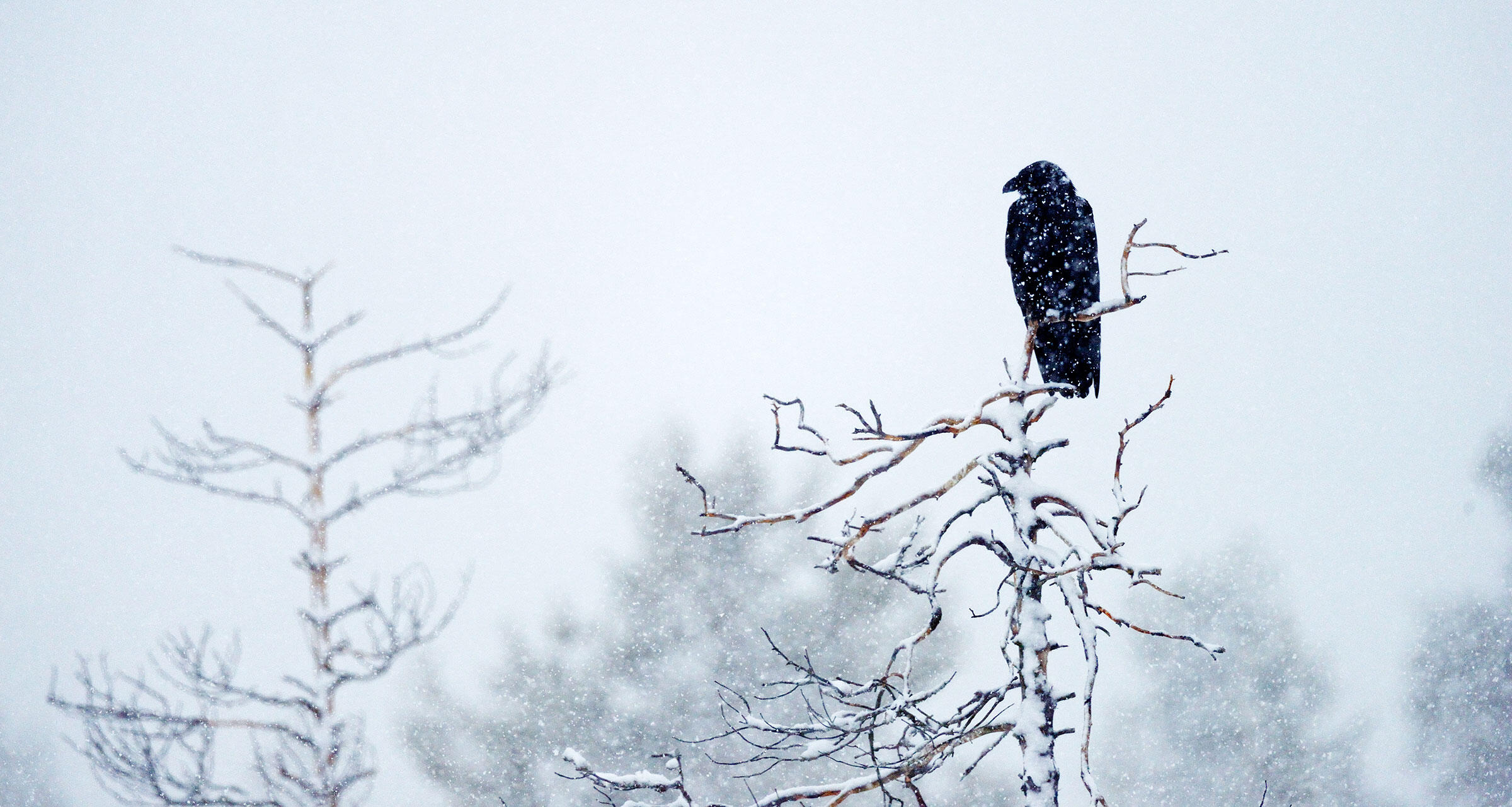 On a cool, damp afternoon late this past February, I was hiking through a thick patch of woodland about 25 miles west of Copenhagen, Denmark, with my dog and three locals. The hike was a quiet respite from my city life, if for just a few hours. Or, at least, it was quiet, until a frantic cr-r-ruck! cr-r-ruck! cr-r-ruck! pierced the air.

We all looked up—dog included—to see a pair of Common Ravens gliding overhead. As a science writer visiting Denmark to see and learn more about the country’s diverse bird species, this was an exciting moment.

Fifty years ago, seeing one raven, much less a pair, would have been quite rare. As recently as the 1960s farmers and hunters who considered ravens pests would poison them in large numbers, severely depleting the birds’ population. In certain areas, including on the island of Zealand, where I was hiking, ravens were virtually wiped out. But in the past 50 years, the bird’s population has increased 15-fold.

Before coming to Denmark, I prepared myself by doing some research on Scandinavia and its history. Ravens have played an important role in Norse mythology and culture: The first flag Denmark ever flew in the 11th century prominently featured a raven, before its current red-and-white “Dannenbrog” flag replaced it. And the Viking-Age Norse myth of Odin includes two highly intelligent ravens named Huginn (“thought”) and Muninn (“memory”).

Knowing all of this, seeing that pair of ravens that day made wonder: Did the bird's role in Danish history help lead to its conservation success? Curious, I began digging, and experts I spoke with suggested that a renewed pride and knowledge of traditional Scandinavian culture—when ravens were revered rather than persecuted—in Denmark could potentially be tied to the efforts to save the bird. Of course, it's next to impossible to definitively say either way, but there is evidence to support such a theory.

“People had been aware that raven populations were dropping throughout the early to mid-1900s,” says Lykke Pedersen, a PhD student at the University of Denmark specializing in bird migration, biodiversity, and conservation science. According to Pedersen, who grew up in Denmark, “Something finally clicked in 1967 when the country passed a hunting law prohibiting the killing of ravens. That something could have been sparked by a greater modern appreciation of Scandinavian culture—and with it, ravens.”

The 1960s were years of cultural resurgence in Denmark, and the government focused heavily on giving all Danes access to their cultural history by establishing theaters, libraries, and other arts centers throughout the country. With the spread of the arts came a greater understanding of and respect for traditional Danish culture.

“The ravens are generally looked down upon in southern parts of Europe, while in Scandinavia they are viewed positively,” says Pedersen, who adds that she suspects her country’s cultural connections to the raven—and citizens’ subsequent appreciation for the bird—“could be a major reason conservation laws benefitting the raven were implemented.”

Additionally, a study out of the UK, soon to be published in the peer-reviewed journal Conservation Letters, suggests that the idea that avians’ cultural heritage can benefit their conservation status does have some merit. The study found that children were more likely to advocate for the conservation of the Eurasian Magpie, another popular corvid species, if they had learned about its cultural heritage.

“Today, most conservation media is purely scientifically based,” says ornithologist Nigel Hopper, the study’s lead author. “We wanted to ask, ‘What happens if you give future conservationists—in this case, schoolchildren—a background in avian culture, does it affect conservation?’ ”

“Most children and adults are not natural-born scientists,” Hopper says. “Our results suggest an attitude toward conservation is best achieved by engaging people’s imaginations first, which helps reestablish the connection between birds and people . . . and then engaging their intellect.”

While birds were once a much bigger part of human culture compared to today—deeply ingrained in songs, folktales, and other traditions—that doesn’t mean that all the associations were positive. That’s particularly true for ravens. In many cases, they’ve historically been darkly portrayed as evil or omens of death. And in the Danish language, some raven-related phrases and names such as “raven mother” (a mother that doesn’t take care of her children), “steals like a raven” (a greedy person), and the supernatural "valravn" (a half-wolf, half-raven monster that eats the bodies of fallen soldiers), have negative connotations.

These longstanding darker views of ravens in Denmark along with the lack of definitive evidence connecting cultural importance with conservation gave some experts pause when I asked if the raven's role in Danish history and the conservation efforts could be related.

“People may be aware of raven myths and appreciate ravens, but the basis of change for the raven came when Danish scientists saw in bird censuses [that] ravens and other birds were declining, and then realized something had to be done about it,” says Charlotte Moshøj, biologist and project leader at BirdLife Denmark. “Perhaps cultural heritage is helpful, but that should not undermine the importance of science in conservation.”

Today in Denmark, cultural nods to ravens are nearly as prevalent as the actual birds. Walking through Copenhagen, there are streets, restaurants, and clothing stores named after them, and bike shops have logos bearing their image. Whether this modern appreciation for the bird had anything to do with the efforts to save it, we'll never know, but in a country so clearly and closely tied to its cultural heritage, it's hard to believe the two aren't somehow related.

Tortoise biologist Tim Shields is trying to keep an endangered species from being eaten by ravens—without harming a feather in the process.