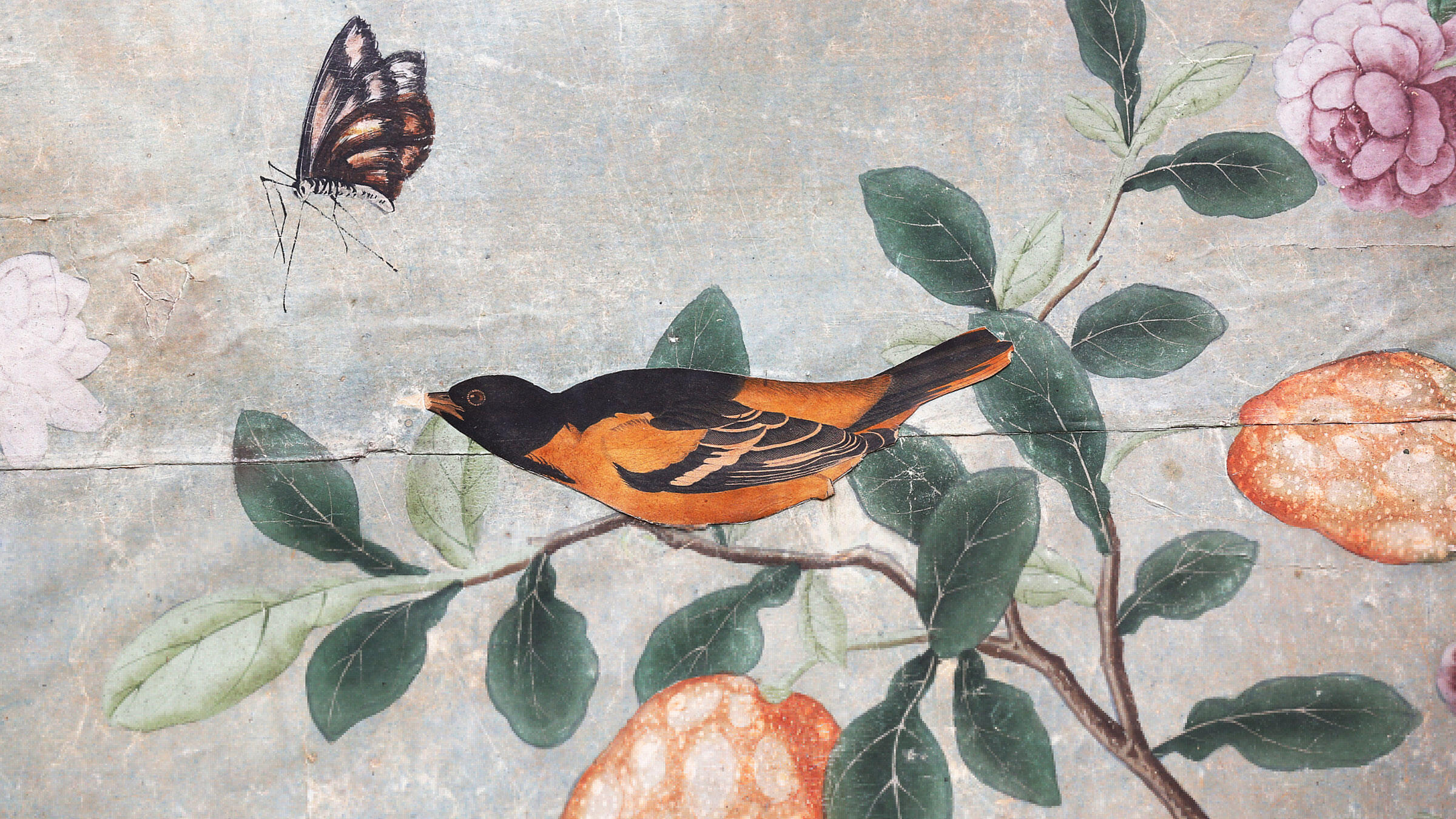 The next time you’re sightseeing in England, skip the tour of Buckingham Palace and head for the little city of Leeds instead, to visit the centuries-old Temple Newsam estate. You won’t see any crown jewels there, but you will find a more unexpected treasure—a sitting room covered in $12.6 million wallpaper, copped from one of the rarest books in the world.

Back in the 1800s, the estate's owner Isabella Conway (better known as the Lady Hertford) decided she needed a room in her mansion for entertaining dinner guests. Upon construction, the space was trimmed in an expensive, hand-painted Chinese wallpaper—a gift from Conway’s lover, King George IV. But that wasn't glamorous enough for the Lady Hertford, who had to impress her friends and uphold her reputation as one of the most envied women in all of England. So she took decorating matters into her own hands: She cut out prints from an original copy of John James Audubon's Birds of America (also a gift from her lover) and pasted them over the original wallpaper.

It’s unclear whether Lady Hertford DIY-ed her wallpaper or hired someone to do it for her, but according to Temple Newsam curator Rachel Conroy, the cutouts were layered on with utmost precision. "They are very deliberately placed. They blend into the original wallpaper remarkably well," she says. Conroy spent this past winter restoring the Chinese drawing room and cleaning the prized artwork to prep for the mansion’s public opening, which happened in February. Though Temple Newsam is nearly 500 years old, Conroy says the walls have been very well preserved over time. In the 1980s, the Audubon prints were separated from the Chinese paper and then re-bonded to allow for better safeguarding.

The mansion-turned-museum is chock full of magnificent artwork, ceramics, silver plates, and heirloom furniture. But nothing is quite as luxe as the wallpaper in the Chinese drawing room. Though there were 200 first-edition copies made of Birds of America, only about 119 remain today, not including Lady Hertford’s hacked-up folio (the skeleton of which has never been found).

Nobody knows what exactly inspired Lady Hertford turn to Birds of America for her home makeover—there’s no historical record of her showing an affinity for birds beyond her mansion walls. Perhaps she felt jilted by her former beau—who went on to have two failed marriages during his reign as king—and took it out on poor Audubon’s lifeworks.

Life hack: You, too, can paper your walls with Audubon paintings—without destroying a million-dollar artifact. Find and download all 435 of the Birds of America prints, in high resolution, at audubon.org/birds-of-america.