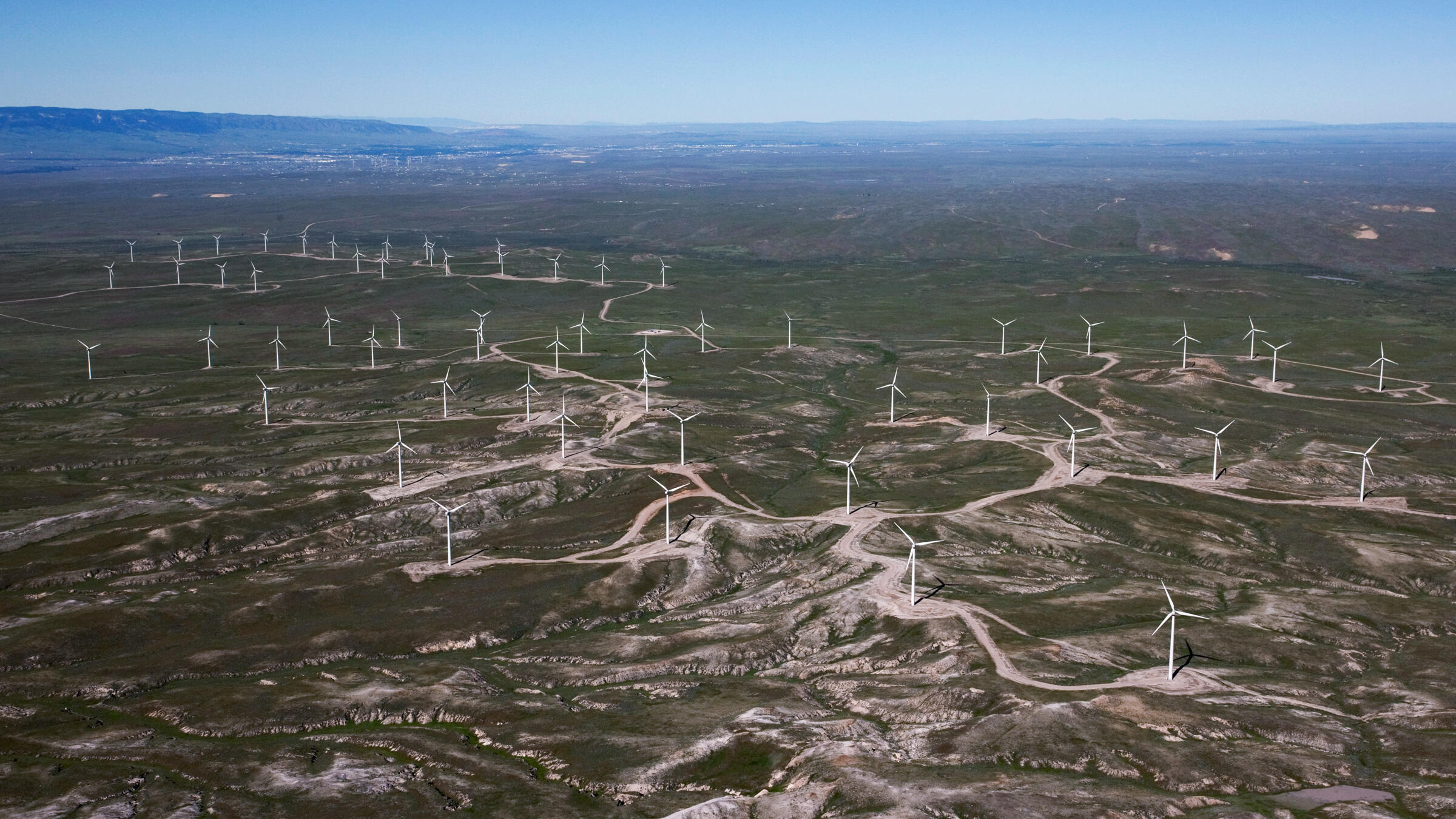 Two years after getting prosecuted under the Migratory Bird Treaty Act, the energy giant takes aim at the law itself.

In early June the U.S. House of Representatives passed the Fiscal Year 2016 Commerce, Justice, Science, and Related Agencies Appropriations Bill—with a sneak attack on birds attached. The bill included an amendment prohibiting the use of Department of Justice funds to prosecute or hold liable any person or corporation for a violation of the Migratory Bird Treaty Act. If it becomes law, anyone could kill birds with impunity, with no risk of jail time or even fines. It would decimate one of the most successful pieces of conservation legislation in history.

Audubon has obtained documents linking Duke Energy, the largest electric utility in the country, to the amendment, which was sponsored by Representative Jeff Duncan (R-S.C.). Duke’s renewable energy division had been the first green power company to be prosecuted under the MBTA, pleading guilty in 2013 to the deaths of more than 150 protected birds, including 14 Golden Eagles, at two wind farms in Wyoming, and forking over $1 million in fines.

In the wake of that guilty plea, Duke, which has contributed $23,000 to Duncan’s political campaigns, apparently began deploying its considerable resources and political muscle to undo the very law it had violated, paying at least $60,000 in 2014 to The Majority Group, LLC, a lobbying firm with offices on D Street in Washington, D.C. On the “lobbying report” it was required to file, Majority Group recorded one purpose of its efforts as “Amending the Migratory Birds Treaty Act and Bald and Gold Eagle Protection Act to address accidental avian deaths.” A staff member in Duncan’s office confirmed that the Congressman has discussed amending the MBTA with Duke Energy but did not confirm or deny that Majority Group lobbied Duncan on the energy company’s behalf.

“Duncan’s wholesale attack on birds came out of the blue,” says David Yarnold, Audubon president and CEO. “Based on our sources and the documents we’ve seen, we see this as straight-up corporate payback. Duke has a history of stumbling into controversy, and it appears they’ve done it again.”

To be clear: It is illegal to harm or kill migratory birds. That’s been the law of the land since 1918, when Congress enacted the Migratory Bird Treaty Act, which protects more than 1,000 species. For nearly a century the MBTA, which Audubon helped to pass, has weathered repeated attacks—from claims that it is unconstitutional, to weakened restrictions on bird baiting, to accusations that the U.S. Fish and Wildlife Service has selectively employed the act to punish the oil and gas industry. This latest assault may be the most egregious yet.

Duke, for its part, disavows any effort to undermine legislation that protects birds. “We have been working with others in industry and Congress on updating our nation’s wildlife laws to better balance the need to provide energy in a reliable, affordable, and clean manner while acknowledging our responsibility to protect and preserve wildlife and the environment,“ says Chad Eaton, the company's manager for federal government affairs.

For decades the MBTA has been used to prosecute corporations and individuals for capturing, selling, killing, or otherwise endangering migratory birds. Exxon, for instance, was forced to shell out $900 million after the 1989 Exxon Valdez spill in Alaska, which killed hundreds of thousands of birds, and BP was sentenced to pay more than $4 billion in criminal fines and penalties for the 2010 Deepwater Horizon disaster in the Gulf of Mexico, which killed one million birds, including Brown Pelicans and Royal Terns. (Other crimes punishable under the MBTA include possessing feathers and hunters exceeding bag limits.)

But no wind energy company had ever been prosecuted under the MBTA until 2013. Duke was prosecuted because it “failed to make all reasonable efforts to build the projects in a way that would avoid the risk of avian deaths by collision with turbine blades, despite prior warnings,” according to the Justice Department. Duke, whose net income that year was $2.7 billion, paid its $1 million in fines, and agreed to an array of mitigation strategies. Those included continuing to employ biologists to radio for temporary turbine shutdowns when eagles were spotted and to report bird deaths to the government, as well as installing radar technology similar to that used in Afghanistan to track incoming missiles.

Duke has a mixed track record when it comes to the environment. On the one hand, the company has been a leader in pushing for federal action on greenhouse gases and carbon pricing, it’s spending millions to improve waterways, and it supports several bird conservation projects. Yet it also was responsible for the horrific 2014 spill of coal ash into North Carolina’s Dan River (a fine of $102 million) and played a role in the machinations of Dick Cheney’s secret energy task force during the George W. Bush administration.

Scarcely had Duke agreed to mitigation steps at its Wyoming wind sites, however, than it contracted Majority Group to push legislators to get the MBTA “amended.” It is not stated on the lobbying reports exactly what “amending” the act meant for Duke, but to Duncan the word apparently means completely dismantling existing protections for birds. By January 2015 he had introduced H.R. 493, which would remove protections for migratory species. The bill also takes aim at the Bald and Golden Eagle Protection Act: It would compel the Department of the Interior to automatically approve 30-year “incidental take permits” that allow eagles to be disturbed, harmed, or killed—if Interior doesn’t act on a permit application within 12 months (far faster than such decisions typically require).

That bill hasn’t made it out of committee, but Duncan’s second effort—the rider on the appropriations bill—has gotten significantly more traction. The House passed the bill on June 3, and now it moves to the Senate. The rider could be dropped during the reconciliation process between the two houses of Congress, as often happens, but if it sails through and the President signs the bill, it will be open season on birds until the amendment expires on September 30, 2016. The White House has indicated that President Obama will veto the bill, and Duncan has a backup plan: On June 25 he introduced yet another rider, to H.R. 2822, a bill to fund the U.S. Department of the Interior and the Environmental Protection Agency for 2016, which the House will take up after it returns from the July 4 recess. That amendment would block the use of Interior funds to enforce any prohibition under the MBTA or Bald and Golden Eagle Protection Act of incidental takes of protected birds—until a permitting process is put in place.

Duke Energy contributed to each of the Congressman’s campaigns, and the company ranks seventh overall among his donors. Majority Group did not respond to requests for comment for this story, but Audubon found no record of any “green energy producer” other than Duke that had contributed to Duncan’s campaigns. (The National Ocean Industries Association, a trade association that represents some offshore renewable energy companies, has also contributed.)

Earlier this month, the same day the Commerce bill passed the House, Duncan tweeted: “Should green-energy producers be liable 4 incidental deaths of birds of prey? My amendment will delay prosecution until that is worked out.” As Mike Daulton, Audubon’s vice president of government relations, points out, if Duncan’s Commerce bill rider had been law when the Deepwater Horizon rig blew, BP wouldn’t have been liable for the death of a single one of those million birds.

The irony of all of this scheming to kneecap the MBTA is that the USFWS  is already working to adapt the law to better deal with 21st century circumstances. The law was enacted at a time when hunting and fashion were the leading causes of plummeting bird numbers. As more and more domestic oil and gas wells have been drilled and wind and solar farms have proliferated and power lines have been strung, energy development and bird conservation have increasingly, unquestionably been at odds. So in May the USFWS proposed issuing permits that grant corporations immunity from prosecution if they cause accidental bird deaths, as long as they employ best practices to mitigate hazards. The proposal is still in the early stages, and it is unclear whether it will extend to the wind energy sector, but Audubon is pushing for it to do so. (The public comment period ends July 27.)

The protection of migratory birds became the responsibility of the federal government in 1918—before child labor laws, women’s right to vote, and the EPA. The proposal by the USFWS honors that responsibility and positions the MBTA to conserve birds in the modern world; Duncan’s, meanwhile, would be an unconscionable slide back in time.