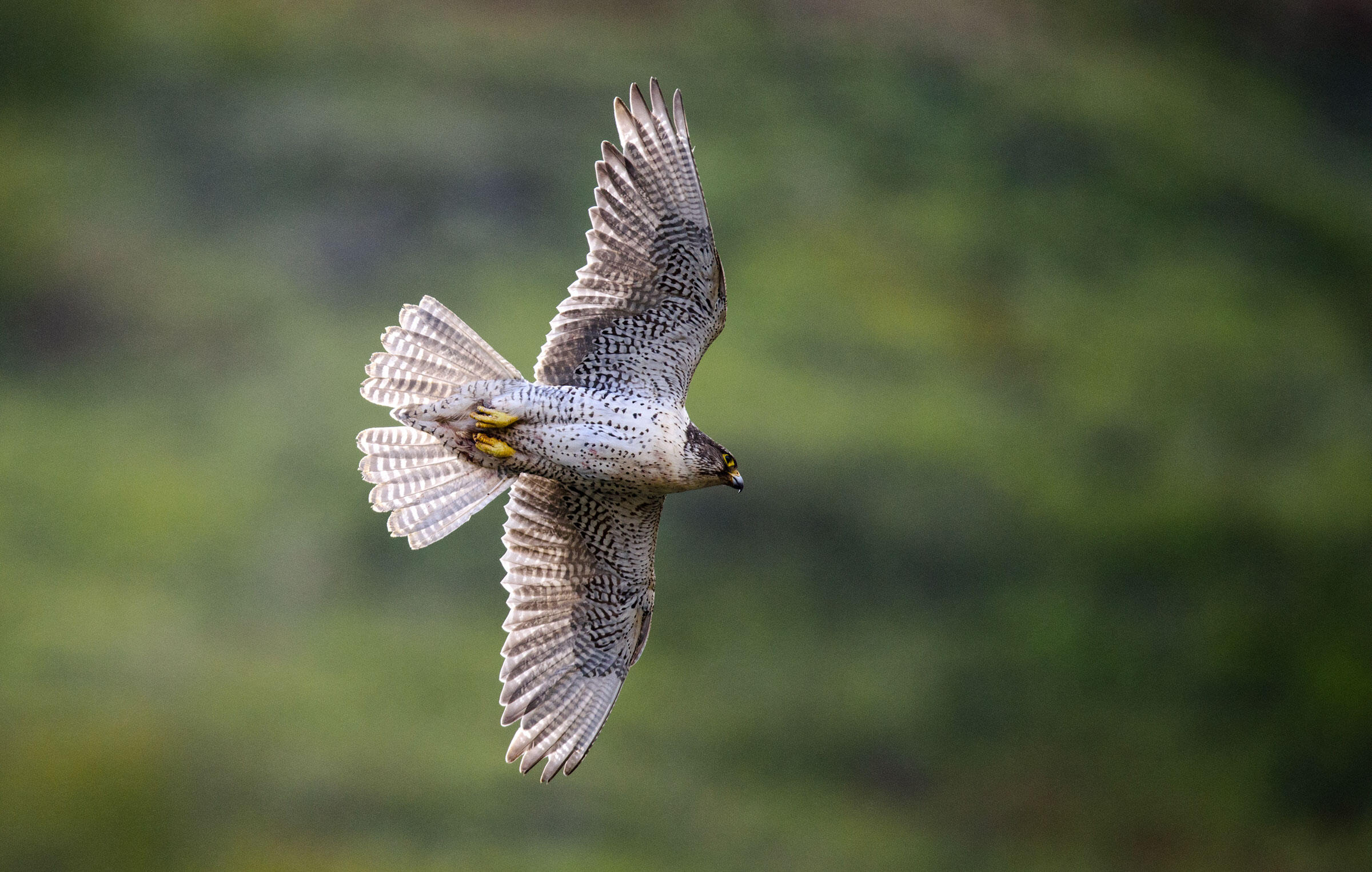 Gyrfalcons, Puerto Rican Parrots, Gunnison Sage-Grouse, and Red Siskins are all part of the list.

Technology has revolutionized birding in many ways. It’s simply routine now to tap into the wellspring of information from listservs, Facebook groups, forums, group chats, Twitter, and community science platforms like eBird before—and during—a day in the field.

All told, this access is good for both birds and birders, seeing how it’s turned birding into history’s largest biodiversity survey. And given that one in eight bird species are now threatened with extinction, this global effort couldn't be more timely.

But in spite of the obvious benefits, open license to sightings can be a double-edged sword. Just as it informs the respectful observers, it can also tip off those who wish to harm wild birds.

This realization—that eBird data could be both a birder and poacher’s best friend—prompted the scientists from the Cornell Lab of Ornithology to take action. In October of last year, Team eBird released a statement about their updated global protocol, which aims to prevent checklist data from being used for the wrong reasons. Rather than revealing all localities by default, eBird now maintains a global list for sensitive species whose bearings will remain hidden. This list, which currently consists of 325 taxa, protects birds in nine risk categories. Here in North America, this includes rare raptors such as Gyrfalcons, which are sometimes trapped in other countries, especially shy roosters such as Spotted Owls, range-constricted species such as Gunnison Sage-Grouse or Lesser Prairie-Chickens, and regionally sensitive populations such as Painted Buntings in Florida.

After assembling the list with help from conservation partners and regional eBird reviewers, the team had to tweak every line of code in the system to clean up the existing pool of sightings. It’s the kind of self-editing some North American birders already practice. “A lot of the time I was just listing owls to the county level to protect them from harassment,” says Alex Sundvall, a Minnesota resident who regularly encounters the wide-eyed raptors.

But the dangers of location-specific data extend far beyond insensitive, dogged observers. Poaching wild birds for commercial trade, bushmeat, and falconry is so prevalent in some places, it could drive whole species to extinction. “The Asian-songbird crisis and similar poaching for the cage bird trade . . . made it very evident that we needed to protect certain species from the possibility of poachers using eBird,” says eBird Project Leader Marshall Iliff. Other examples, he says, include wild parrots such as the stunning Rainbow Lorikeet or the enigmatic Night Parrot, which are exploited by extensive trade that operates at an international scale, and the Indian Bustard, whose populations have been reduced to as few as 250 individuals by overhunting. Species that are extinct in the wild such as the Hawaiian Crow might also benefit from their status on the Sensitive Species List.

So, what does this look like in eBird’s handy visualizations? In sensitive species Range Maps, coordinates for sightings appear as shaded 20×20 km blocks (see the Gyrfalcon example above). In all other eBird tools, from Region Explorer to Illustrated Checklists to Bar Charts, sensitive species either have their locations hidden or are omitted entirely. But they’re being counted toward Profile Pages, Yard/Patch Totals, and Top 100 rankings.

By striking a balance, Team eBird has eliminated an unfortunate tradeoff: report sensitive species for science and personal accolades but risk their sanctity, or protect sensitive species but make your report less valuable. Locality data is still available to scientists and conservationists, though only after vetting by the eBird team.

The only rub, as Sundvall points out, is that the protocol doesn’t protect all major birds of concern. For example, the Boreal Owl isn’t included on the Sensitive Species List. “[We] do need to expand our hiding tools to users and reviewers who feel that a particular sighting on a checklist puts a bird or group of birds at risk,” Iliff says, “This will be developed in the near term.”

Ultimately, this update reinforces that Team eBird and the birding community are about protecting species, not exposing them. “The birds come first,” says Johanna Beam, a birder from Colorado who like Sundvall, constantly uses the site. “I’m proud to support an organization that believes this.”

Correction: The article previously stated that Golden Eagles are considered regionally sensitive in Illinois. The right range is Israel. The story has also been amended to note that Gyfalcon is more commonplace in other nations; the falconry community in the United States is largely law-abiding and conservation-minded.