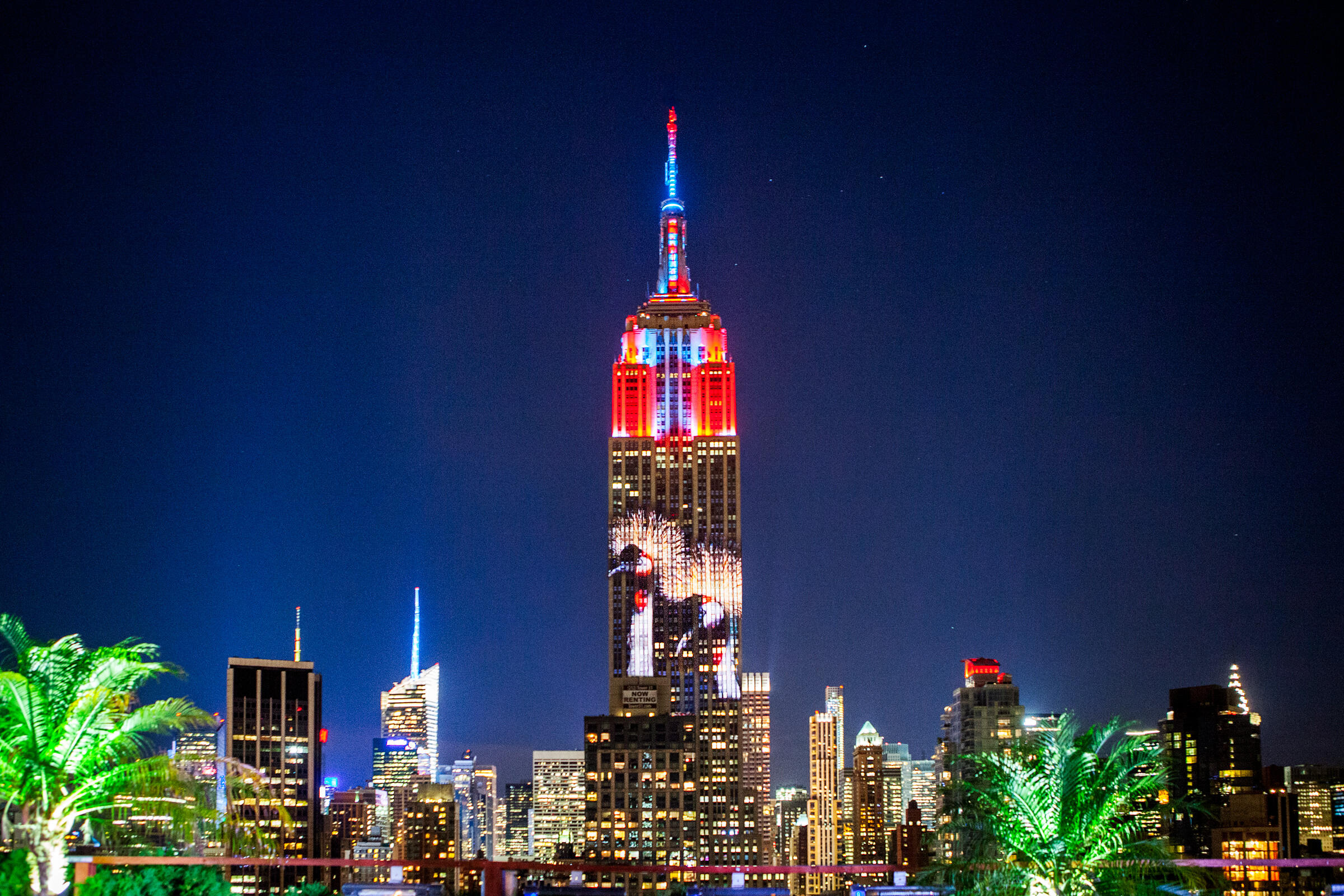 Every night, the Empire State Building changes its famous lights to honor sports teams, holidays, and marketing promos, like the release of The Simpsons Movie in 2007. This Saturday, endangered species got their turn on the building’s iconic facade, courtesy of Oscar-winning filmmaker Louie Psihoyos, whose environmental documentary Racing Extinction comes out this fall.

Using 40 stacked projectors on the roof of a nearby building, Psihoyos and a creative technology studio, Obscura Digital, illuminated the south face of the Empire State Building from 9 p.m. to midnight on Saturday night with static images and videos of rare animals. Snow leopards and golden lion tamarins were featured alongside many species of birds, whose portraits were provided by Photo Ark creator Joel Sartore.

As the New York Times reports, this is the first time that the Empire State Building has been turned into a canvas for moving images. The show, three years in the making, even included a King Kong-like ape scampering up to the 71st floor, with real helicopters circling overhead.

Psihoyos, who previously directed The Cove, which won an Oscar for exposing the brutalities of Japan’s dolphin hunts, says the goal is to help inspire a global movement to prevent a sixth mass extinction. In 2014, Stuart Pimm, conservation chair at Duke University, who is featured in Racing Extinction and who attended Saturday’s viewing party, co-authored a paper on how current extinction rates are 1,000 times higher than what they should be. But he thinks that the movie’s positive tone could be effective. “It’s saying things are bad, but it’s also saying, hey, there are things we can do,” Pimm tells Audubon. “We do not have to eat shark fin soup, we don’t have to eat illegal sashimi, we can . . . empower people in Colombia, and Brazil and Ecuador and Madagascar to look after their own biodiversity.”