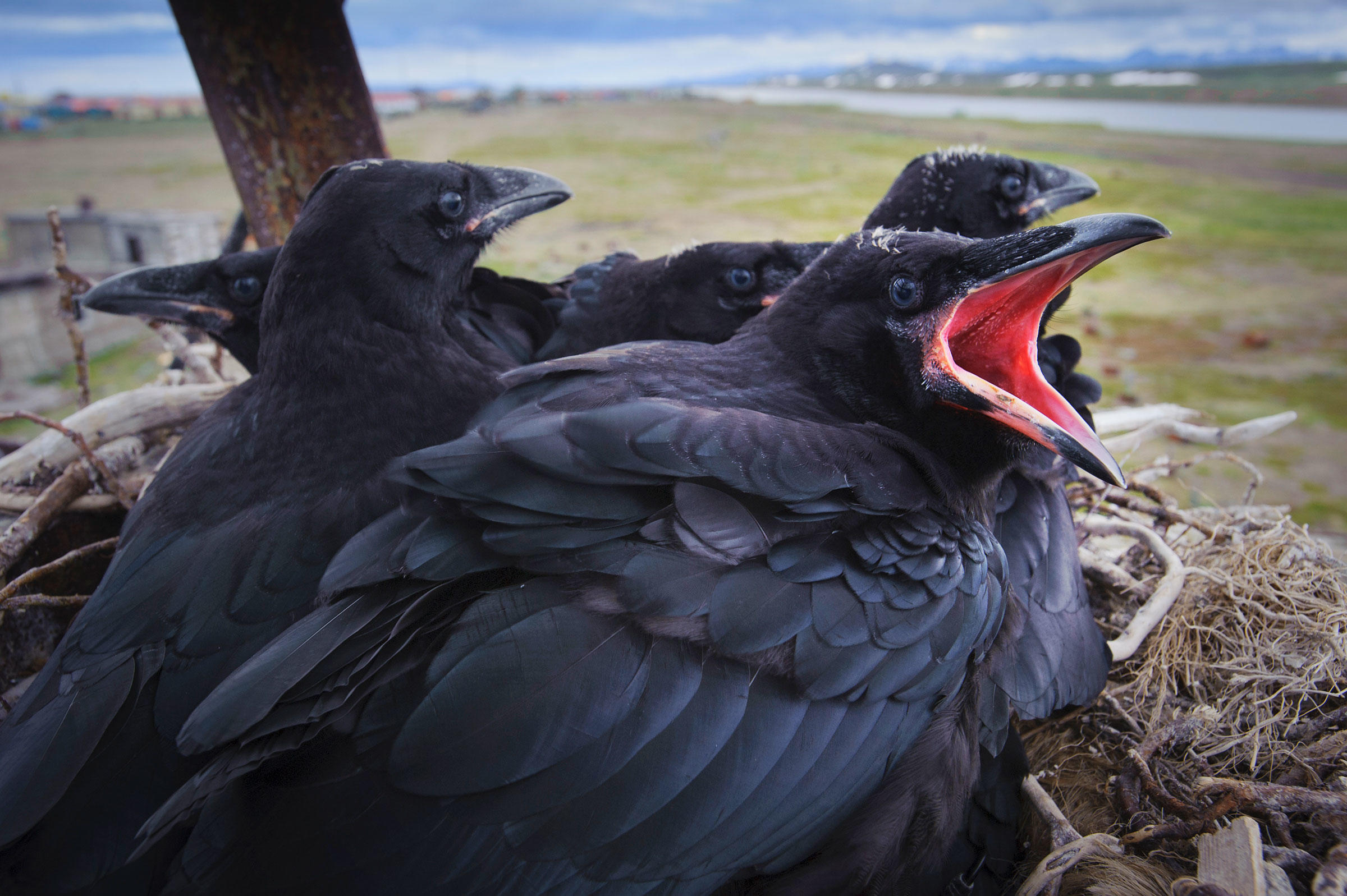 Enjoy These Gorgeous Bird Pics—Hey, It's Good for Conservation

When photographer Gerrit Vyn talks about birds, he throws around adjectives like “insane,” and “incredible,” and “amazingly insanely incredible.” As a kid, he fixated on reptiles, then butterflies, then small mammals. But it was a White-breasted Nuthatch and a Tufted Titmouse that helped him get hooked on birds. That was when he was 12; now, 33 years later, Vyn spends around 150 days a year traveling all over the world for his avian obsession. He folds his 6-feet 8-inch frame into cramped airplane seats, and hunches in tiny blinds for hours, all in the name of conservation photography.

For the past 11 years Vyn has been a media producer for the Cornell Lab of Ornithology, filming, photographing, and recording audio from birds. This October the lab celebrated its 100th anniversary by releasing The Living Bird, a coffee-table collection of Vyn’s portraits of North American birds. (See some selections below.) The book explores the lives of birds, what they mean to people, and how humans can help save them from environmental disaster.

Audubon caught up with Vyn by phone to talk about his life’s work.

Vyn: Birds are our most visible companions on Earth. They’re also captivating and beautiful. But most are finely tuned to specific environmental conditions. They often tip us off early to things going wrong in the environment that we can’t see, either because those problems are invisible, like certain pesticides, or because they happen gradually, like the fragmentation of the sagebrush in the American West. 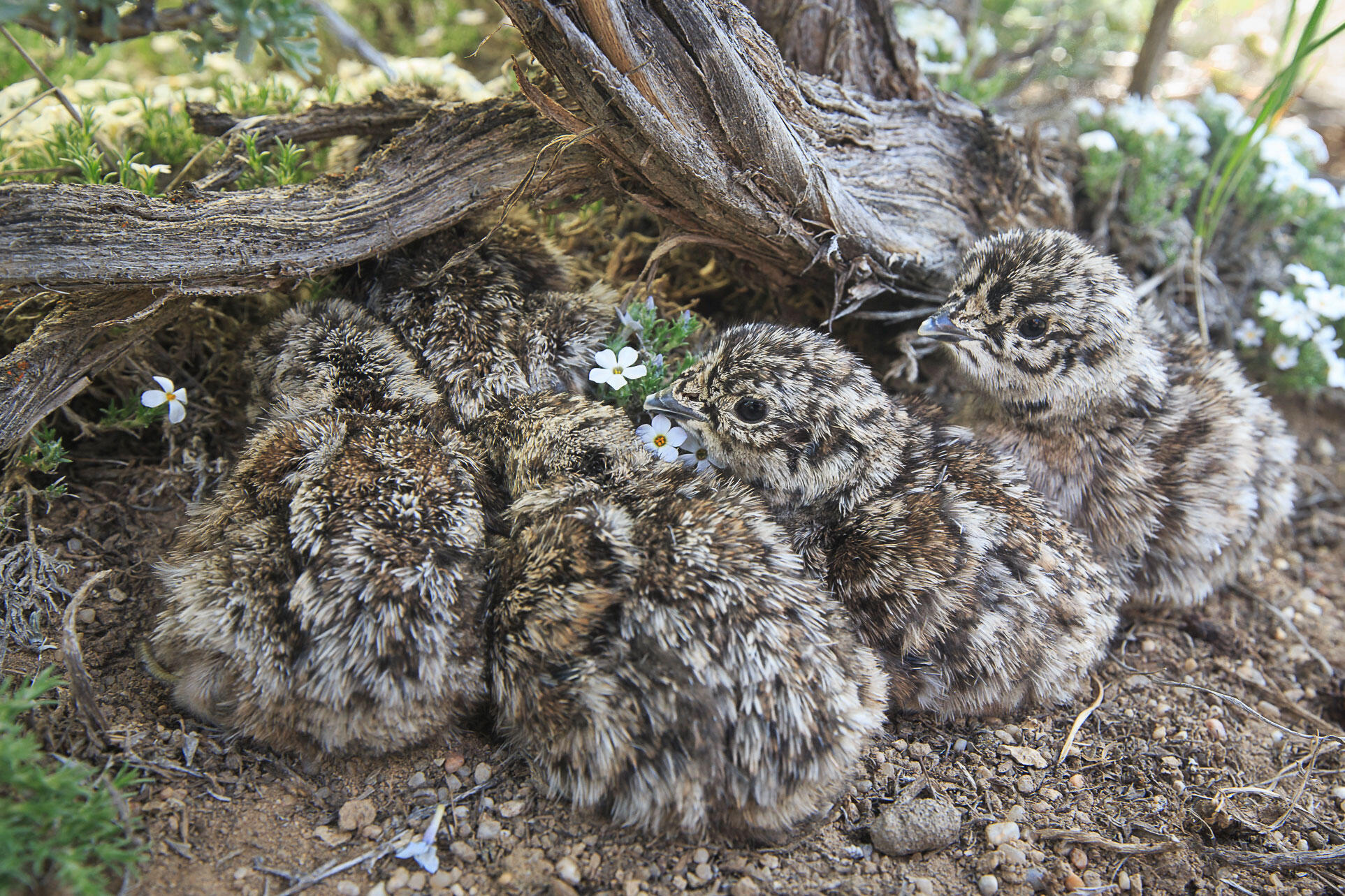 A: In your travels, what environmental changes have been most visible through birds?

V: Where I grew up in Michigan, there are southerly birds that didn't live there when I was a kid. Now I visit my mom, and they’re everywhere because of milder winters. Climate change has also caused dramatic changes in the ocean. A recent study shows seabirds have declined 60 to 70 percent in the last 70 years across the world. One reason is the redistribution of prey species under the water.

It’s tricky when you go out for one season to know whether what you’re seeing is part of [climate change]. But this summer I went to Alaska’s Pribilof Islands, where more than two million seabirds nest on St. George Island. They had one of their worst breeding years since the 1990s. It was still insanely incredible, because all the adult birds were there. But they were just hanging around, protecting their ledges, unable to lay eggs because they weren’t getting enough to eat, or their chicks were dying because they weren’t getting fed. 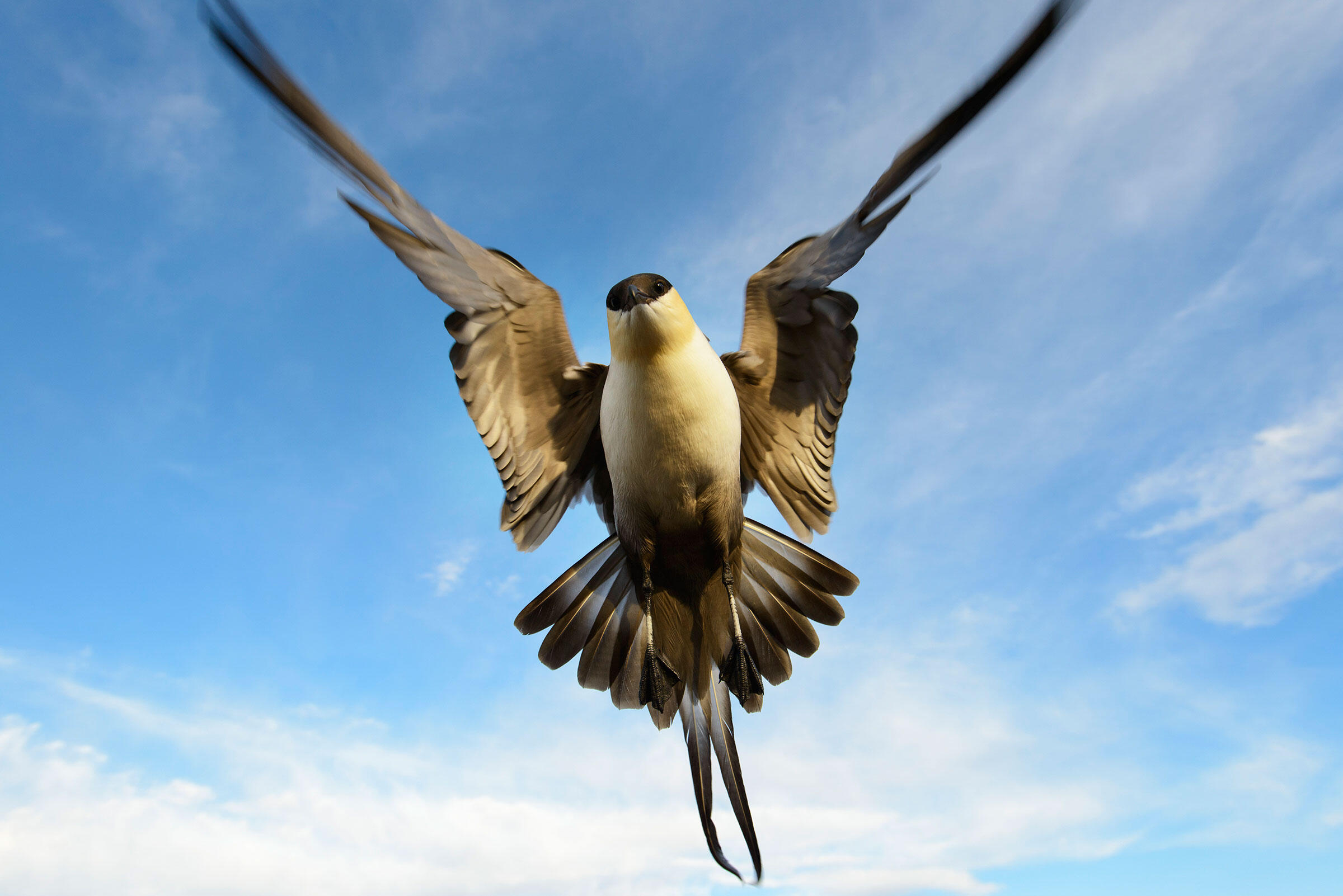 A: You used to be a field biologist and ran a tiny conservation NGO in southern Africa. Do you feel like you can make more of a difference addressing these threats to wildlife as a photographer and a multimedia producer?

V: Personally, yeah. I've seen the power of strong media when you’re in front of an audience, as opposed to a scientific PowerPoint presentation. I’d been working on this critically endangered bird called the Spoon-billed Sandpiper. I was the first to film them on their breeding ground in northeastern Russia, and I got all this footage of the birds hatching and getting out of the nest. Then I went to Myanmar, on this barrier island where some of the birds winter, and there were these fishermen and other men who trap shorebirds, which is part of the problem for these species. One night on the beach, a bunch of these men gathered around and I played a video for them on my laptop, and just watched how excited they got about this intimate view of a bird they normally saw running around on the sand 100 meters away. You could see how the connection was drawn. 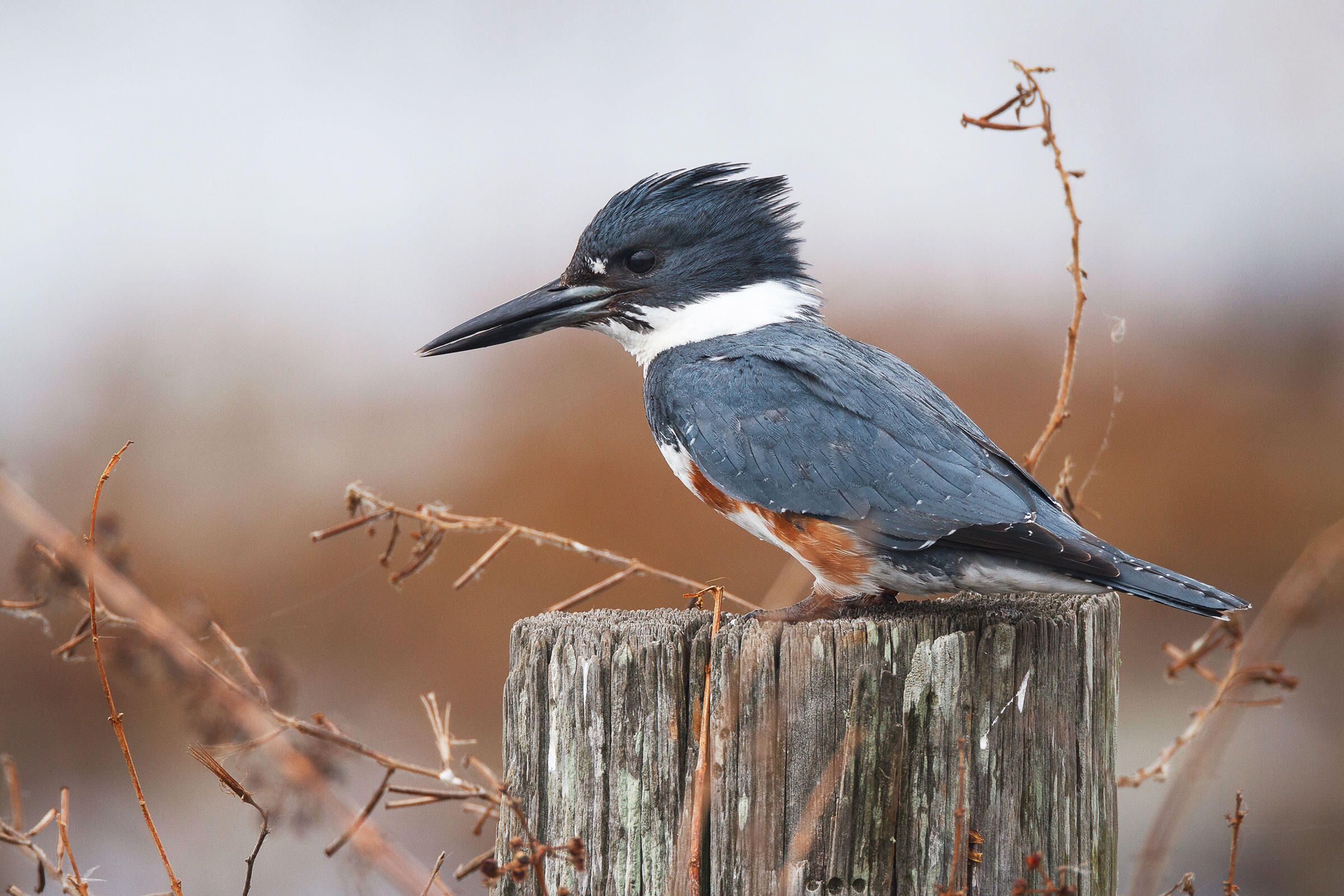 A: Most of your photos in The Living Bird don’t illustrate the problems that birds face. Instead they introduce people to birds on their own terms. Is that a conscious choice?

V: It’s not. These days I’m doing more editorial work; I have lots of photos of dead birds on mudflats in the Yellow Sea. But this book was drawn from earlier work. I think that was born out of my love and fascination with the creatures; I try to look at them as individuals and just kind of capture their essence. There’s this bird called the Blackpoll Warbler that makes an absolutely insanely incredible migration. In fall they migrate across the boreal forest, all the way to the eastern United States. This bird is the size of your thumb under its feathers, you know? And they launch out over the Atlantic Ocean and fly 80 to 100 hours until they’re blown back over South America and disappear into the misty Amazon. So you see that bird in a bush, and you’re like, that’s a pretty bird. But when you know what it can do and where it’s been? Then it’s like looking at the stars and thinking about how big the universe is.

This interview has been edited and condensed for clarity and conciseness.

Correction: It was a Tufted Titmouse, not a snowy Titmouse (as previously stated), that helped first get Vyn hooked on birds. 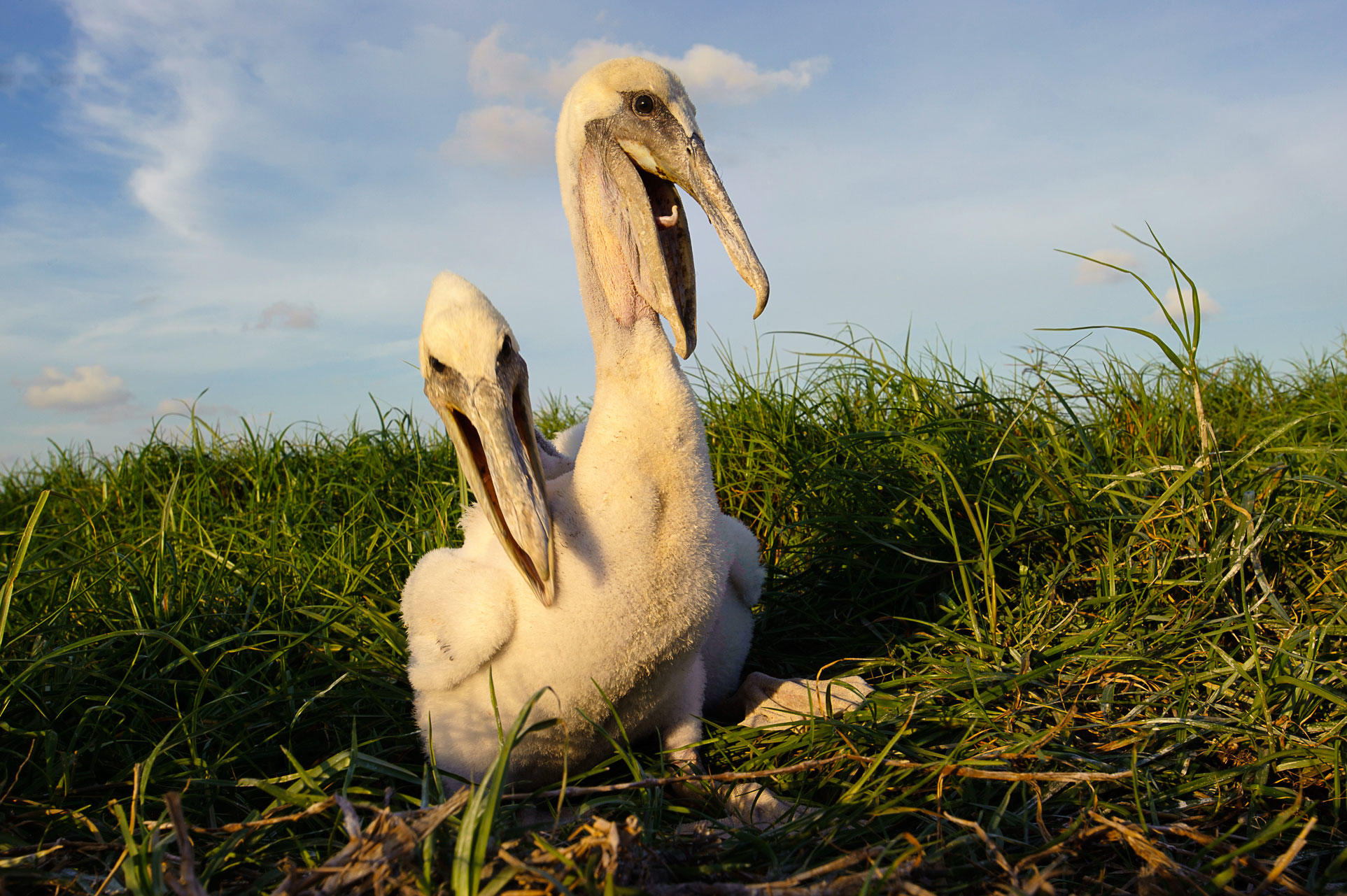 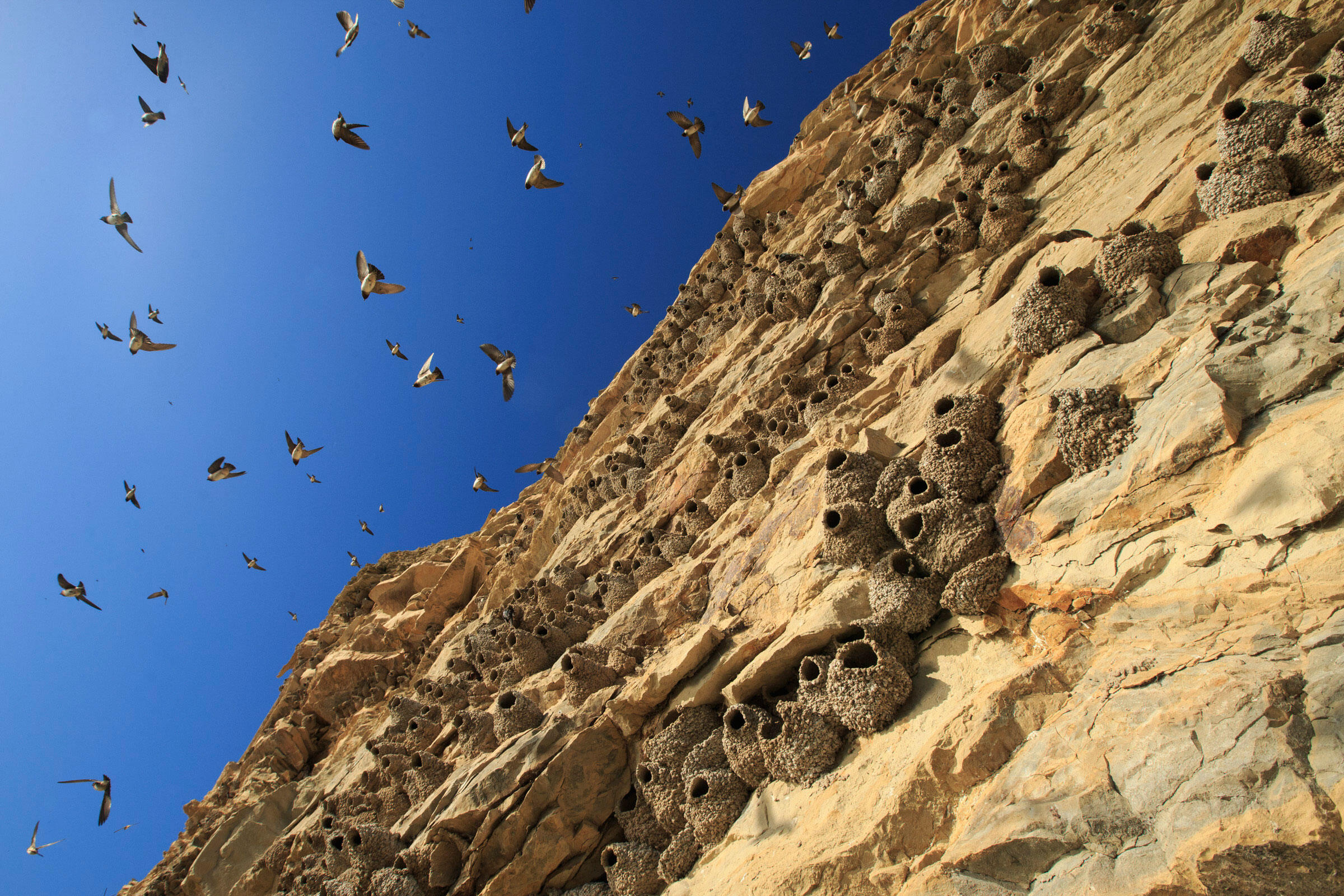 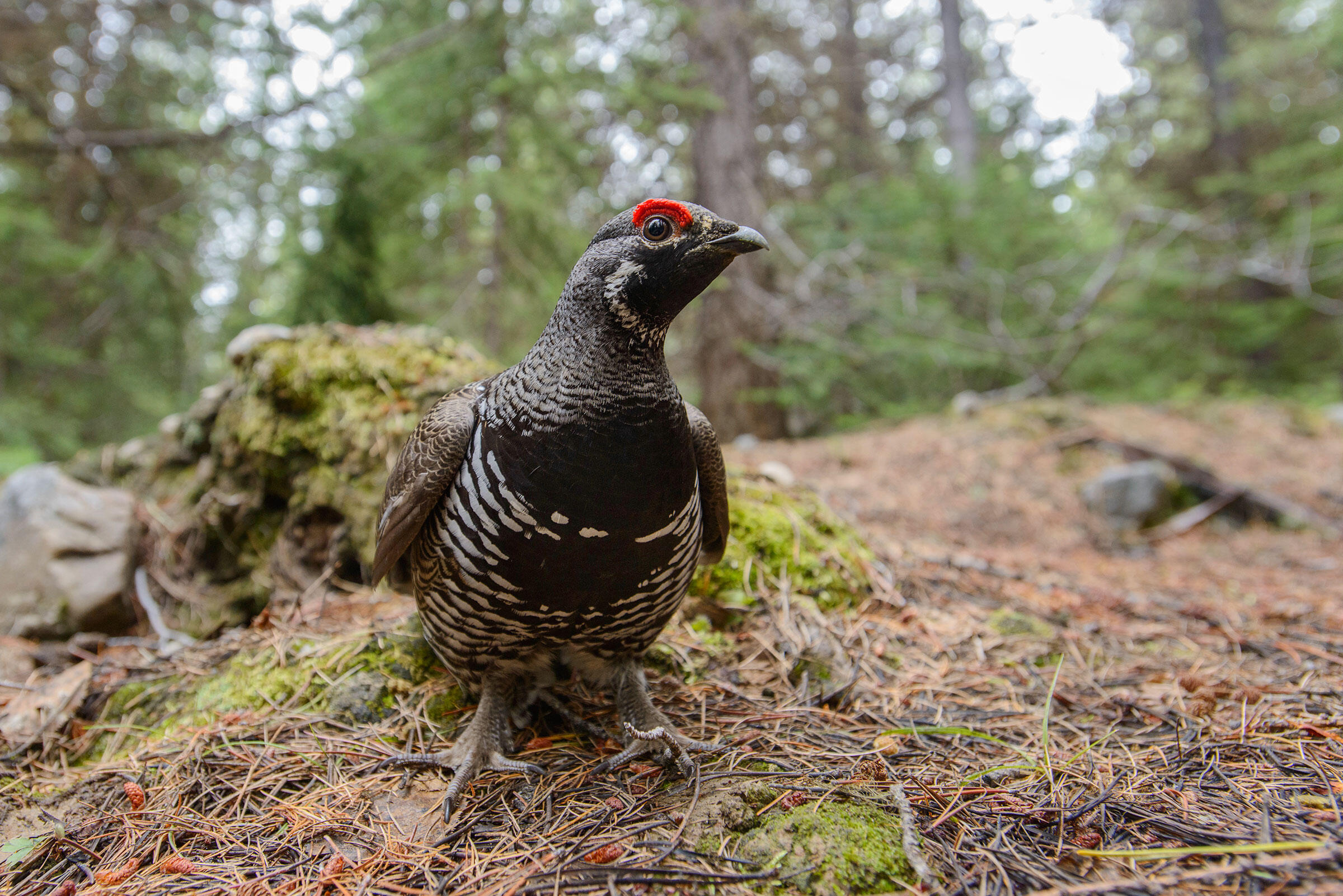 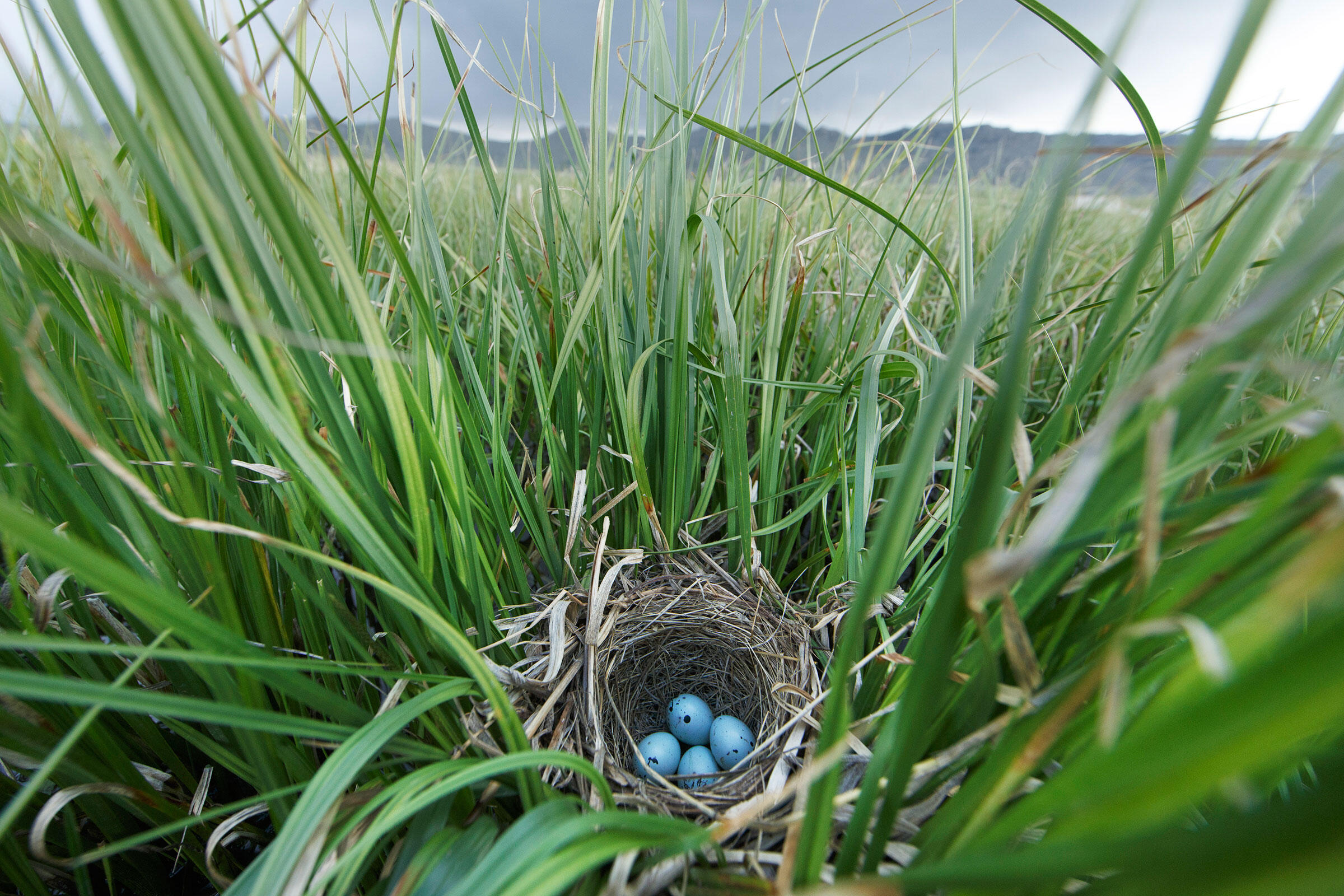 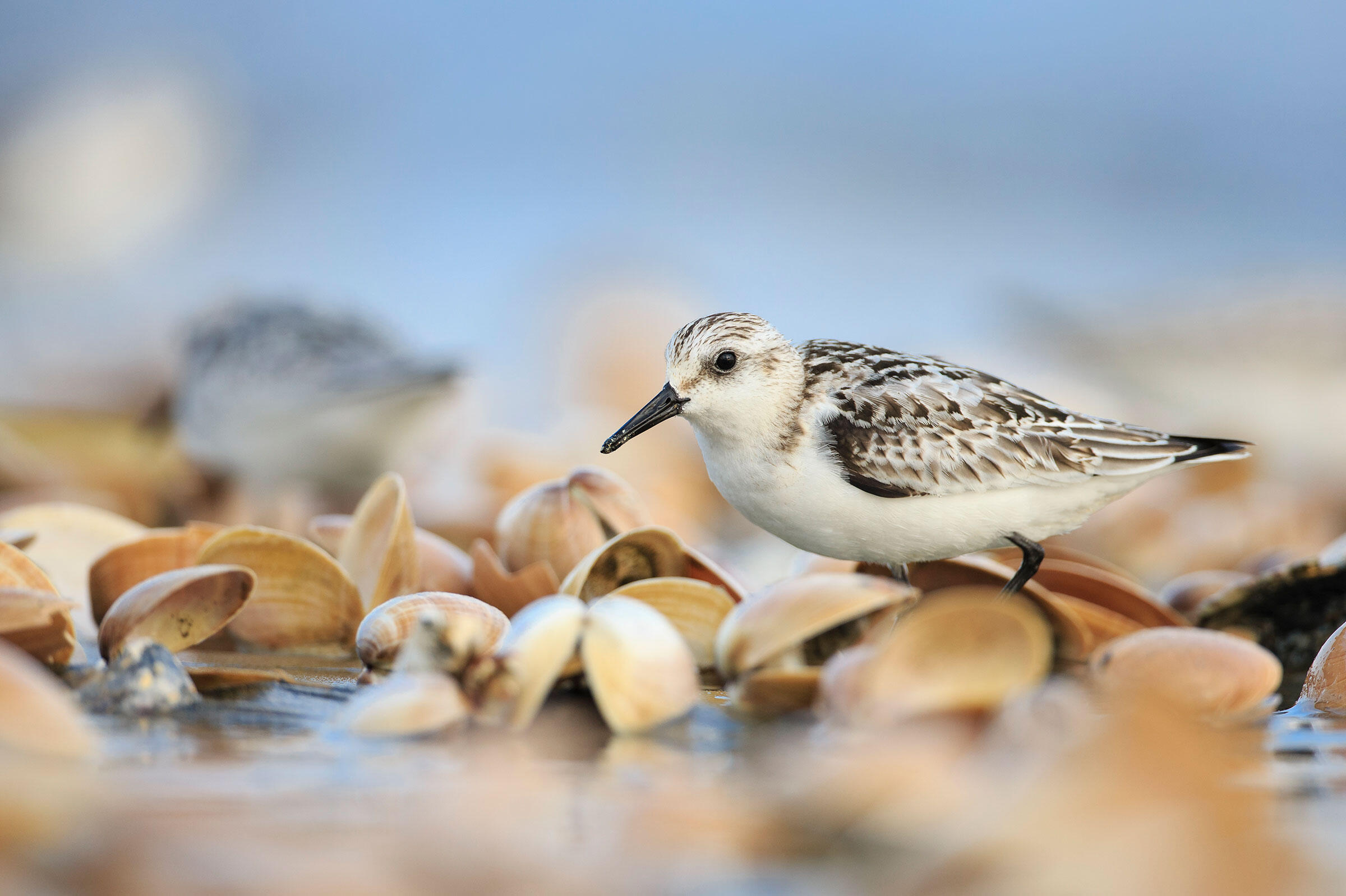 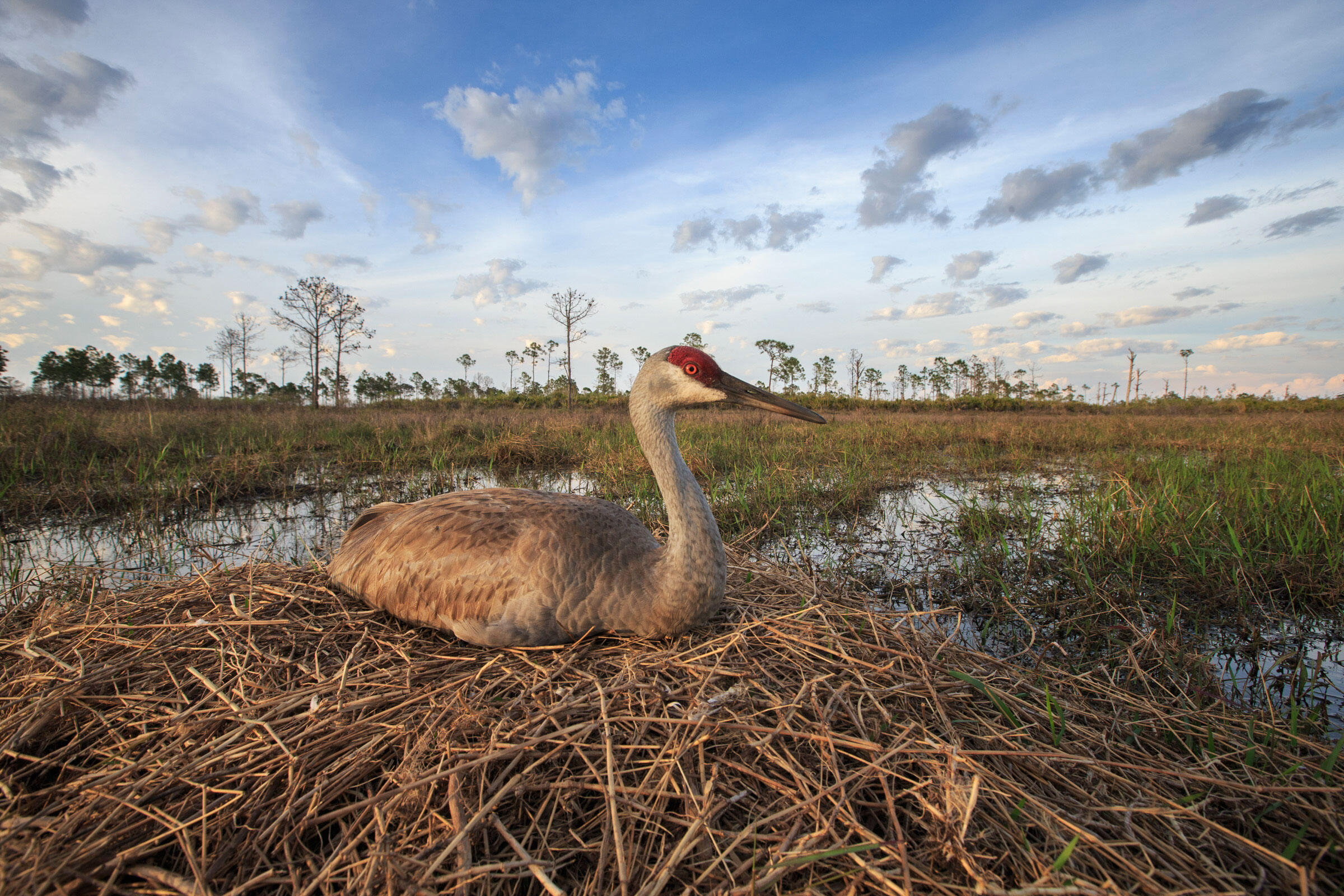 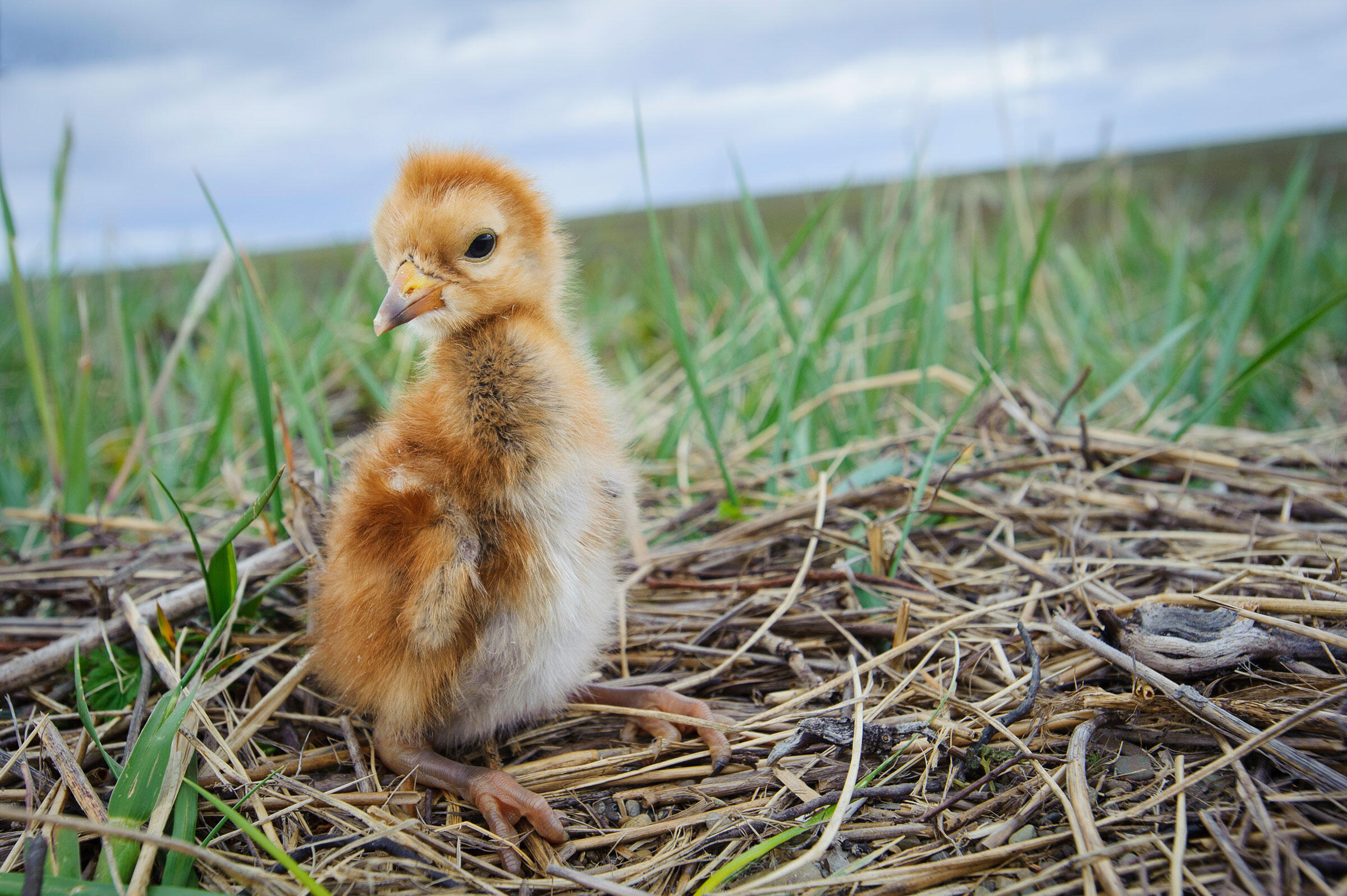 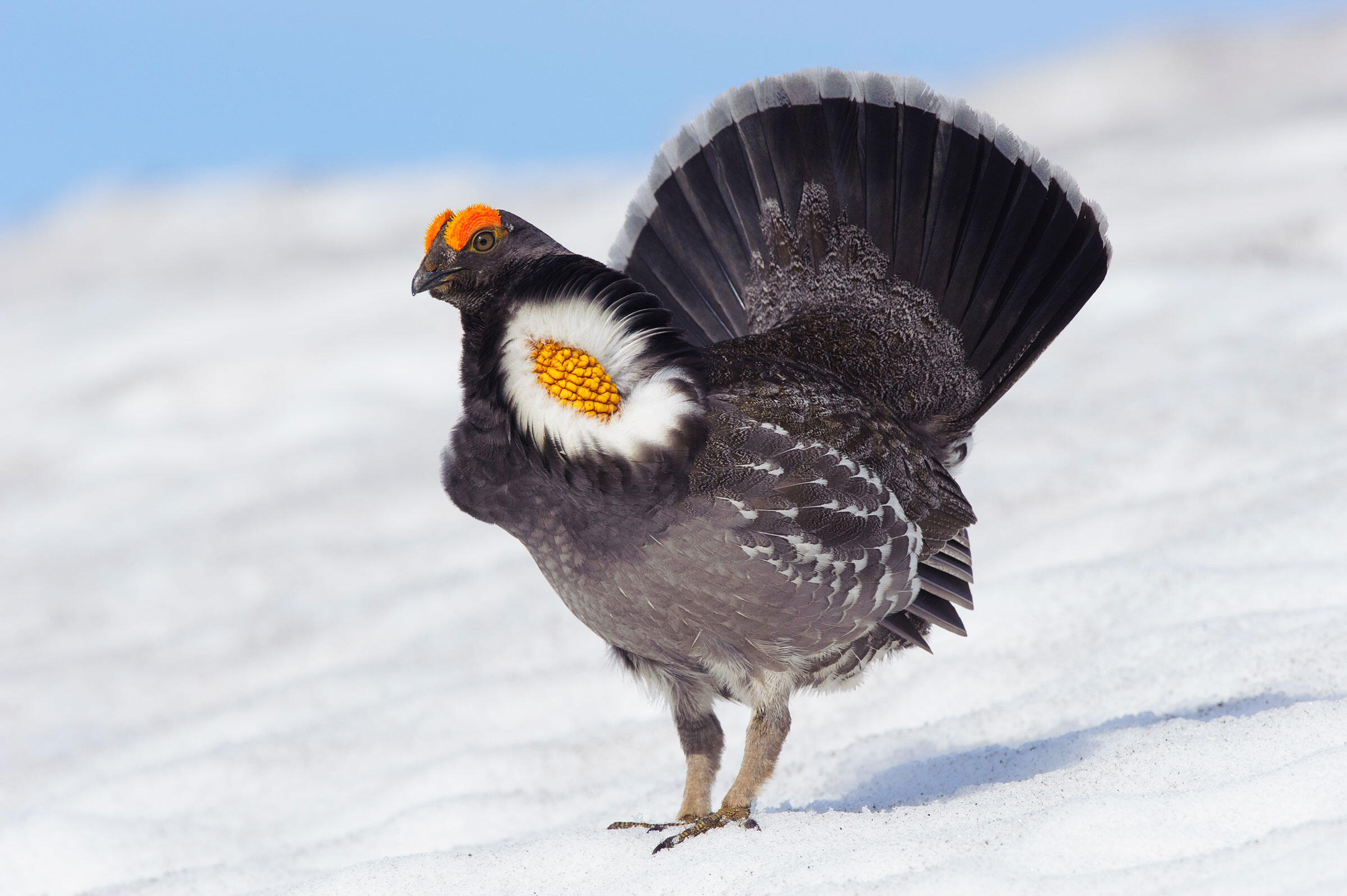 The Living Bird: 100 Years of Listening to Nature, photography by Gerrit Vyn, Mountaineer Books, 208 pages, $29.95. Buy it at mountaineerbooks.com.