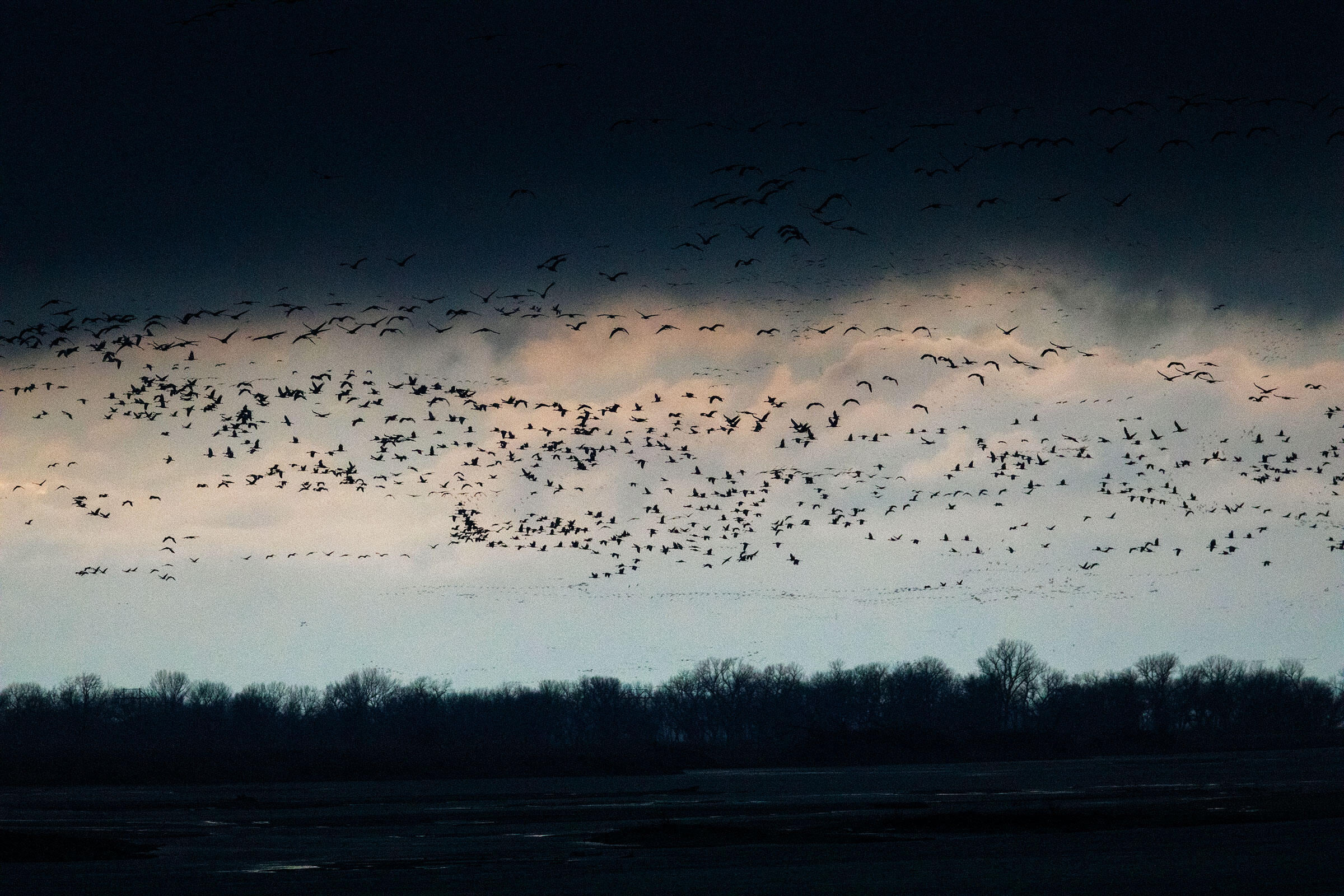 This year’s Sandhill Crane migration was one of the most impressive in recent memory. More than 650,000 birds staged along the central Platte River in Nebraska, and a record-setting 218,000 were documented roosting at one time at Audubon’s Rowe Sanctuary itself. But because of a series of extreme weather events, less than half of the usual number of visitors got to see it. During the month of March, a lockstep line of blizzards, rain storms, freezes, and thaws destroyed farms and flooded out homes across Nebraska, leaving the road into Rowe Sanctuary a muddy mire, impassable at times to just about everyone.

But even if the numbers of visitors were less than half of what they normally are—12,000 instead of 28,000—the birds were still there, showing that Audubon’s commitment to managing and restoring habitat in the area has been wildly effective. According to sanctuary manager Bill Taddicken, the incoming Sandhill Cranes spent much of the time at Rowe Sanctuary on restored wet meadows—areas that have been protected by the work Audubon has been doing since the 1970s. These meadows are especially important to the cranes when the river levels are too high for the birds to safely roost on the submerged sandbars in the normally inches deep Platte River. Cranes prefer these river roosts at night to protect themselves from predators who find it difficult to sneak up on the birds in the dark and through moving water.

In addition to almost a quarter-million Sandhills, Taddicken says that they’ve had three Whooping Cranes at Rowe so far this year. He attributes the increase in cranes on Rowe’s section of the river to two factors. First, only 10 percent of all of the cranes’ original habitat in the Platte River valley still exists—most of it has been turned into farmland or lost to tree invasion in the channel. Second, he says, good management practices on Audubon’s and other conservation lands attracts the largest numbers of cranes to those areas.

With the water flow in the river controlled completely for human needs, Audubon and its partners rely on heavy machinery to clear woody vegetation and other invasive plants in the river channel to create good roosting habitat for cranes. In early summer, the sandy tendrils of this braided river system provide critical nesting spots for Piping Plover and Least Terns as well.

But even while the birds are doing well right now, much more must be done. With a 70-percent-loss of annual revenue from the curtailed crane-viewing season, Rowe Sanctuary will be hard-pressed to meet its budget and keep the areas around the Platte River in prime condition for migrating shorebirds, cranes, and other species. Some individual donors have generously stepped up to help Rowe Sanctuary by offering a matching gift this spring; every donation will help Rowe continue habitat protection and management this summer and fall. 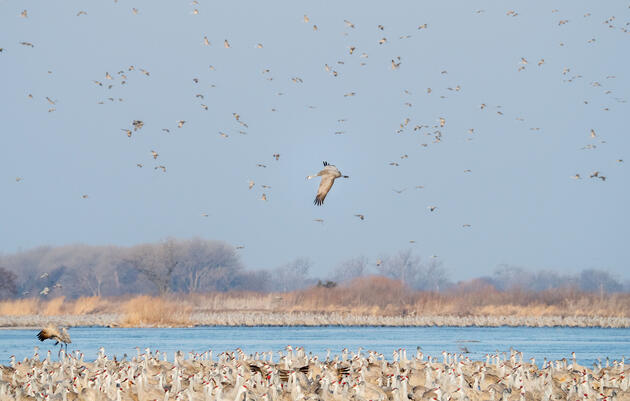 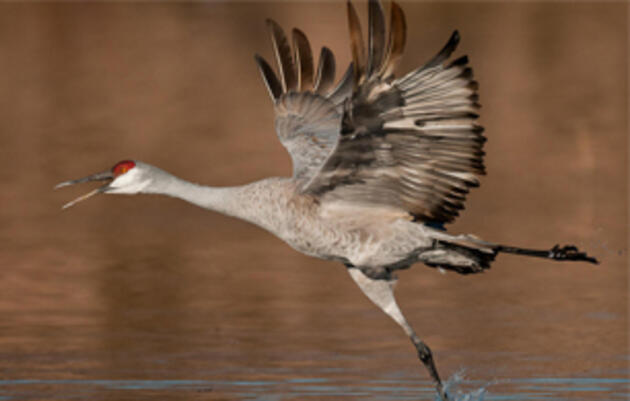 Audubon Nebraska is fighting to stop a water diversion of 33 million gallons annually from the Platte River. 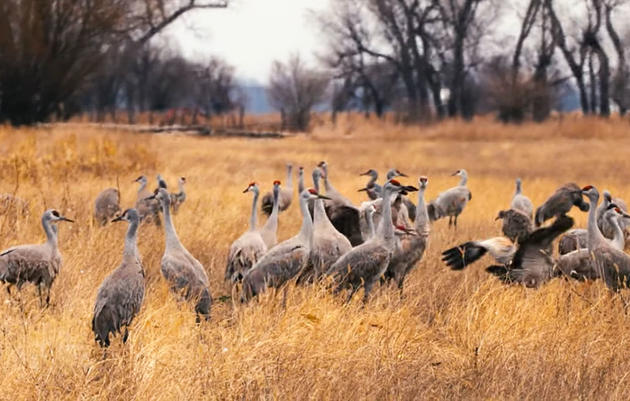