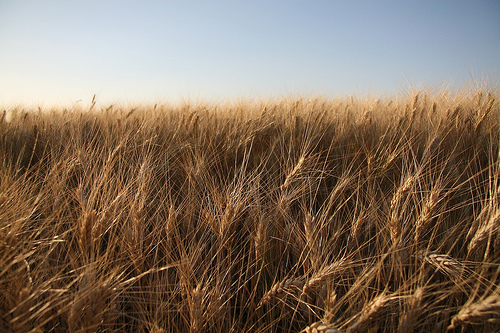 A much-hyped conservation proposal didn’t end up seeing any action yesterday as the House voted on its version of the half-a-trillion dollar Farm Bill. Conservation groups across the country had been eagerly awaiting resolution on the contentious measure: a new amendment that would tie crop insurance subsidies to conservation compliance. In the end, the provision’s authors, Reps. Mike Thompson (D-Calif.) and Jeff Fortenberry (R-Neb.), abruptly took it off the cards because Rep. Mike Thompson withdrew his support, likely because he needed more backing for the provision from his constituency.

Even though representatives didn’t vote on it, the measure will resurface when the Senate and the House meet in the coming weeks to hammer out the final legislation before sending it to President Obama. The Senate passed its version of the gargantuan legislation on June 10, and it contains a similar provision that links subsidies with conservation obligations, which leaves conservationists hopeful that this will set the precedent. For now, it’s up to the two chambers to debate the measure in the upcoming conference.

Before the provision was withdrawn, Brian Moore, legislative director for the National Audubon Society, called it “The number one priority of conservation organizations right now.”

“Under the Thompson-Fortenberry amendment, farmers growing crops on highly erodible lands and wetlands would be required to submit and comply with a conservation plan in exchange for receiving federally subsidized crop insurance,” E&E News wrote yesterday, before the news of its withdrawal broke. It would have meant greater protections for habitats that harbor wildlife, like migrating waterfowl that breed and take refuge in marsh and wetland areas threatened by agricultural expansion.

“The most important provision to conservation for Audubon is compliance,” Moore emphasizes, adding that the organization had been working on raising the new amendment’s profile throughout Wednesday by talking to leaders on Capitol Hill, and encouraging Audubon readers, through an action alert, to weigh in with legislators. In response, 8,600 readers sent letters to their representatives.

“We don’t know what kind of support we did or didn’t have because we didn’t have a vote,” Moore says. But in seeking recognition for the measure, he adds that the next step is to emphasize that “we would like the House to acquiesce to the Senate position.” Audubon will be encouraging members to write to their representatives about the issue. (Click here to sign up for Audubon Action Alerts.)

Other aspects of the House’s version have raised many concerns among social advocates and conservationists, not least of which is that it cuts too deeply into the food stamp budget that creates a buffer for Americans who struggle to keep up with rising food costs. At the same time, critics say the House bill also fails to sufficiently reduce the crop insurance programs that significantly buoy farmers, instead actually proposing that subsidies kick in more easily for some crops, like rice and peanuts, the Associated Press reports. Conservationists argue that this scenario encourages farmers to take on environmentally damaging agricultural practices.

The federally subsidized crop insurance program is one area where there is widespread agreement on the need for an overhaul. Taxpayers cover about 62 percent of the premiums for the program, under which farmers can buy insurance for poor yields, declines in prices or both. The result…is that crop insurance has become more of a farm income support program than a system to protect farmers during disasters like the 2012 drought.

“This is a terrible bill coming out of the House Agriculture Committee,” Scott Faber, vice president for the Environmental Working Group, told The Caucus. “It’s a windfall for already profitable farmers and insurance companies.”

As a consequence of the high subsidies that are already in place, and currently elevated crop prices for crops like soybeans and corn, some farmers practice more reckless land use, edging into wild and delicate habitat like wetlands because the high returns make it worth the gamble. If this system isn’t altered in the Farm Bill, conservationists fear that the damage might continue, if not grow worse. One study recently showed that between 2006 and 2011, this rewarding subsidy system for soybean and corn growers caused the loss of 1.3 million acres of grassland and wetland habitat, as some emboldened farmers made their advance.

Conservation used to be hitched to crop insurance subsidies for farmers, from 1985 to 1996, and Audubon’s members were recognized as leaders in the effort to achieve this. In 1996 however, the government decided that the attached conservation obligations were discouraging farmers from signing up for federal insurance, leaving them to depend on a system of irregular disaster payments that offered less security, E&E News reports.

Since then, however, the idea of linking the two has gained traction again, with some farming organizations supporting the move.

“Audubon’s number one goal in the committee,” Moore says, “will be for this provision, which is conservation compliance, to be part of the final package.” The Farm Bill’s final passage could occur in the next few weeks, depending on how quickly the Senate and the House reach agreements on the numerous provisions contained in the two bills. Ultimately, how they treat the question of conservation compliance amid the deluge of other provisions will have considerable, tangible impacts on our ecosystems and our health.