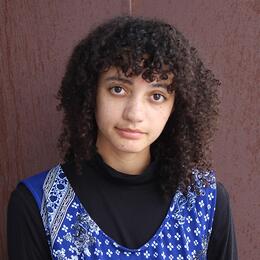 U.S. Transportation Secretary Pete Buttigieg teamed up last week with Phoenix Mayor Kate Gallego, as well as Tribal, congressional, state, and municipal leaders at the Nina Mason Pulliam Rio Salado Audubon Center to announce a $25 million federal grant awarded to the City of Phoenix for the construction of a new bike and pedestrian bridge across the Rio Salado.

The bridge, once constructed, will sit less than 1,000 feet from Center property. It will be the latest federal-to-local investment Audubon has advocated for in the Rio Salado corridor and its surrounding neighborhoods.  These recent investments in building connectivity acknowledge the ever-present history of the Rio Salado and its adjacent east-west train lines utilized to separate South Phoenix’s Black and brown communities from the city’s white population to the north, of which Buttigieg took note.

“Where nature and human decisions served to divide in the past, this bridge will do what transportation is all about, which is to connect,” Buttigieg said.

The bridge project serves as a testament to the individuals who champion their communities. Sam Gomez from The Sagrado, a South Phoenix arts non-profit, frequently champions neighborhoods of the Rio–from serving on the 3rd Street bridge project’s design team, to facilitating the mural that served as the backdrop for last Thursday’s event. This milestone, to him, demonstrated the strength of the river itself.

“Everything is about the Rio–it's about the water, the habitat. It’s environment first, and then arts and culture comes, and education that [Audubon is] doing comes behind that to become a conduit... for people to connect.” And one such way, he says, is working with Audubon to highlight the birds of the Rio on the bridge itself.

Audubon’s late center director, Genaro Ruiz, had also worked to advance these initiatives. On behalf of Audubon, Ruiz hosted and engaged with the 3rd Street bridge project’s design team. He also underscored the importance of equity and accessibility while testifying in support of the Phoenix Planning Commission’s Walkable Urban Code expansion to the City Code, which directly impacts the bridge project.

Through his work, Ruiz leveraged Audubon’s seat at the table across pivotal investment periods to advocate for birds, nature, and the South Phoenix community. After his premature passing, Audubon continues his commitment to work tirelessly to create a healthy environment, rich in biodiversity, with an amplified quality of life. The bridge project upholds this vision, and Audubon applauds its advancement alongside Secretary Buttigieg.

This is the second time this year that a U.S. cabinet secretary visited the Audubon Center, and demonstrates how the Center serves both as a convergence point for public celebration and as a symbol of community partnership.  From multi-regional revitalization of the Salt and Gila Rivers to a local pedestrian corridor, the Audubon Center brings people together and grounds them in the work. We are proud to serve as a convenor for leaders from all levels and to collaborate with them to invest in our communities, environment, and wildlife.