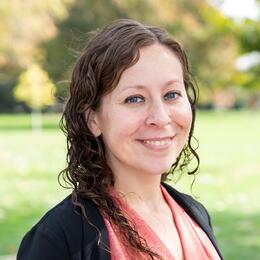 This fall marked the launch of Washington State University’s Least-Conflict Solar Siting project, which will identify areas in Eastern Washington with the least potential for conflict over the siting of large-scale solar energy projects. Audubon Washington led efforts to bring this process to the state’s Columbia Plateau region, where increasing pressure to combat climate change through large-scale clean energy projects has been met with concerns about ecosystem impacts. Now that the process is underway, Audubon is focused on protecting sagebrush birds and the habitat they rely on while pursuing policies to help accelerate the deployment of responsibly-sited renewable energy.

In 2019, Audubon Washington helped pass the state’s Clean Energy Transformation Act (CETA), which requires state utilities to provide customers with 100% clean electricity by mid-century. It was one of the most aggressive clean energy acts in the nation and led to a surge of new proposals in Eastern Washington’s shrub-steppe. This beautiful and biologically diverse ecosystem is home to birds like the state-endangered Greater Sage-Grouse and other at-risk species that use open, arid lands like the Sagebrush Sparrow, Brewer’s Sparrow, and Sage Thrasher. The area has seen an 80% loss in historic sagebrush habitat, and unfortunately Washington is not the only place where sagebrush birds are at risk. A new study shows that 1.3 million acres are being lost annually in the U.S.

“Climate change poses a severe threat to birds in Eastern Washington, but the scale of proposed solar facilities could impact the state’s remaining sagebrush habitat,” said Trina Bayard, Director of Bird Conservation for Audubon Washington. “That's why we've been advocating for smart siting and permitting practices and using research to make sure that clean energy development doesn’t come at the expense of sagebrush birds and ecosystem health.”

Audubon’s approach to clean energy in Washington is guided in part by results from the Sagebrush Songbird Survey, a six-year community science project that generated field data to help build new species distribution models for songbirds that rely on the habitat. This data is now being used in the Clean Energy Screening Tool, a first-of-its-kind tool developed with Audubon’s Clean Energy Initiative (CEI) team that brings together a range of environmental datasets to assess how proposed clean energy projects might impact bird and habitat resources in the Columbia Plateau. Audubon Washington and state chapters are using the tool to identify and advocate for project placement that avoids conflicts with birds and other ecosystem values.

With the least-conflict solar siting process kicking off, Washington State University is engaging Audubon and other stakeholders, as well as tribes and key agencies, to use local input and spatial data to produce maps and an associated final report by June 2023.  Looking to the future, Audubon Washington plans to continue building on their clean energy siting work by advancing smart planning policies and creating more on-the-ground support for responsibly-sited clean energy projects. “We're proud of what we’ve accomplished so far, and we see a wealth of opportunities ahead,” said Adam Maxwell, Senior Policy Manager at Audubon Washington. “Our work is a shining example of what’s possible in other states, as clean energy siting becomes one of the key climate issues in the coming years.”