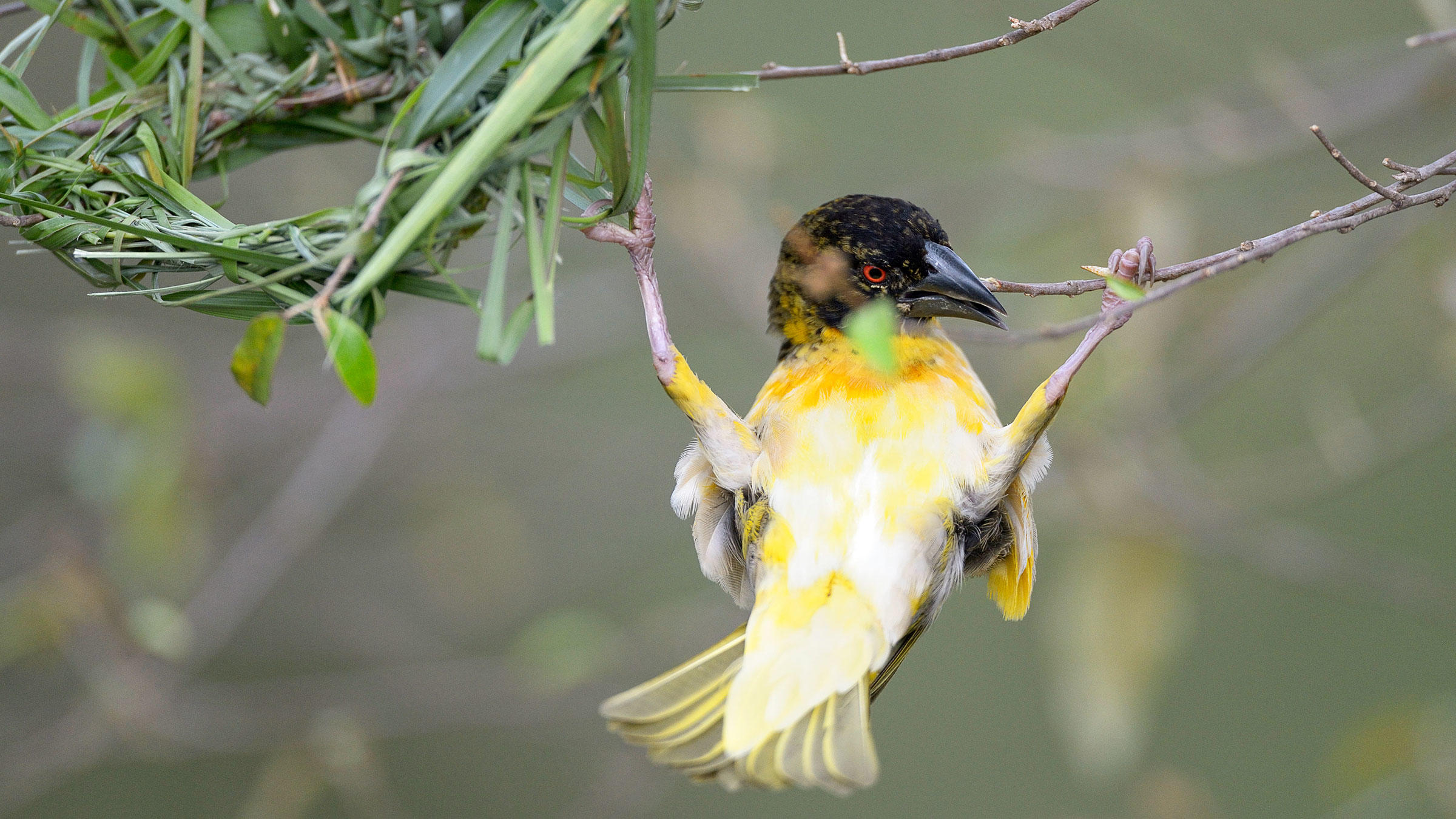 From home improvement to distant grocery runs, these papas put all the slouches to shame. 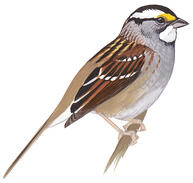 Let’s be honest, lots of male birds turn out to be deadbeat dads. But there are an exceptional few that step up to the plate to care for their mates and babies: building the family nest, incubating the eggs, defended the younglings, feeding the brood, or teaching them how to sing. In honor of Father’s Day, here are a few feathered dudes that deserve some major kudos.

The male Village Weaver, an aptly named passerine from Africa, is among one of the craftiest avian daddies around. This determined engineer weaves strips of grass, reeds, or palm blades to build up to 20 nests each season, spending around 11 hours on each one. If the female is impressed with his handiwork, she’ll pitch in to help complete the nest.

Edible-nest Swiflets take another approach altogether. The birds, which are native to Southeast Asia, use their enlarged salivary glands to dribble long gooey strands of spit along the side of caves, creating a hard-shelled, cup-shaped nest. Soooo dreamy.

There definitely are some fierce mamas in the bird world, but “territorial defense is one area in which the males typically do more,” says Audubon's field editor Kenn Kaufman. The Greater Rhea from South America, for example, is a dad to be reckoned with. Since these big birds are unable to fly, the males charge at their adversaries. And, boy, do they have their job cut out for them: Up to a dozen lady rheas will lay their eggs in a single nest, leaving the father—which built the nursery and mated with all of them—to safeguard 30 or more eggs at a time. (Child support not included.) 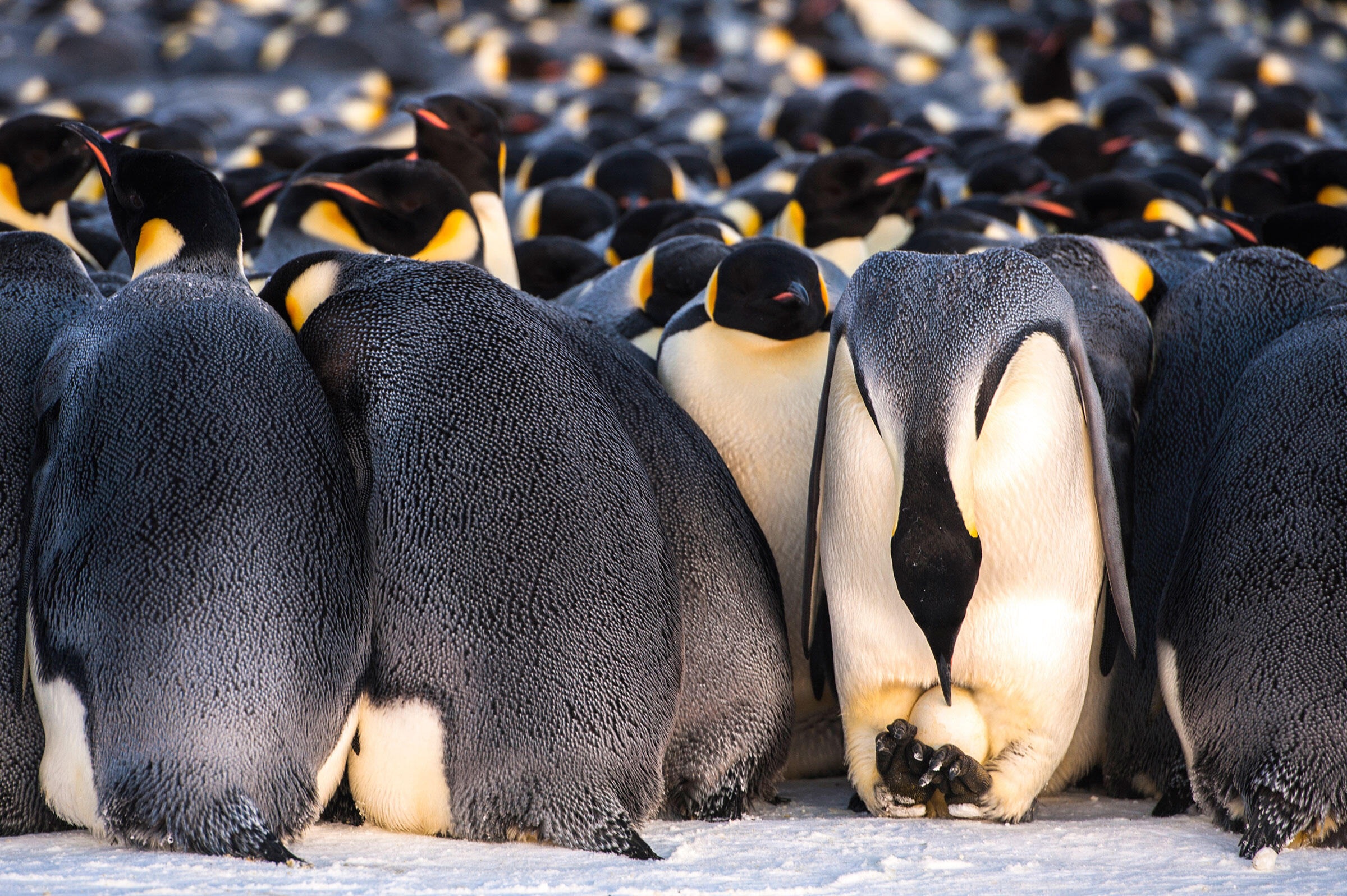 Emperor Penguin father tending to an egg as part of a colony in Queen Maud Land, Antarctica. Photo: Stefan Christmann/BIA/Minden

In many species of North American woodpeckers, the males spend just as much time sitting on the eggs as females do—sometimes even more. But the male Emperor Penguin wins the prize for being the ultimate incubating machine. Once the female lays her single egg, she heads to the coast of Antarctica to feast for weeks, leaving her partner to take care of the egg. The paternal penguin patiently holds the egg on the top of his feet, keeping it warm under the folds of his belly, while waiting for his love to return. During this time, the male doesn’t eat, barely moves, and endures below-30-degree weather. His sole purpose is to be the perfect living nest for his developing baby.

Male Scarlet Tanagers and Yellow Warblers don't help with the nest building or incubation, but they’re more than eager to feed the chicks, says Kaufman. The daddy Namaqua Sandgrouse, however, goes above and beyond to make sure his babies are watered and fed. Native to the most arid regions of South Africa, these ground-dwelling chicks are constantly at risk of being dehydrated—so it’s up to good ole’ dad to come to the rescue. The male will fly several miles away in search of water. Once he finds a good spot, he drenches his plumage and flies back to his thirsty family. The chicks then grab a drink from his feathers, which have extra barbules that allow them to hold more water than a sponge. 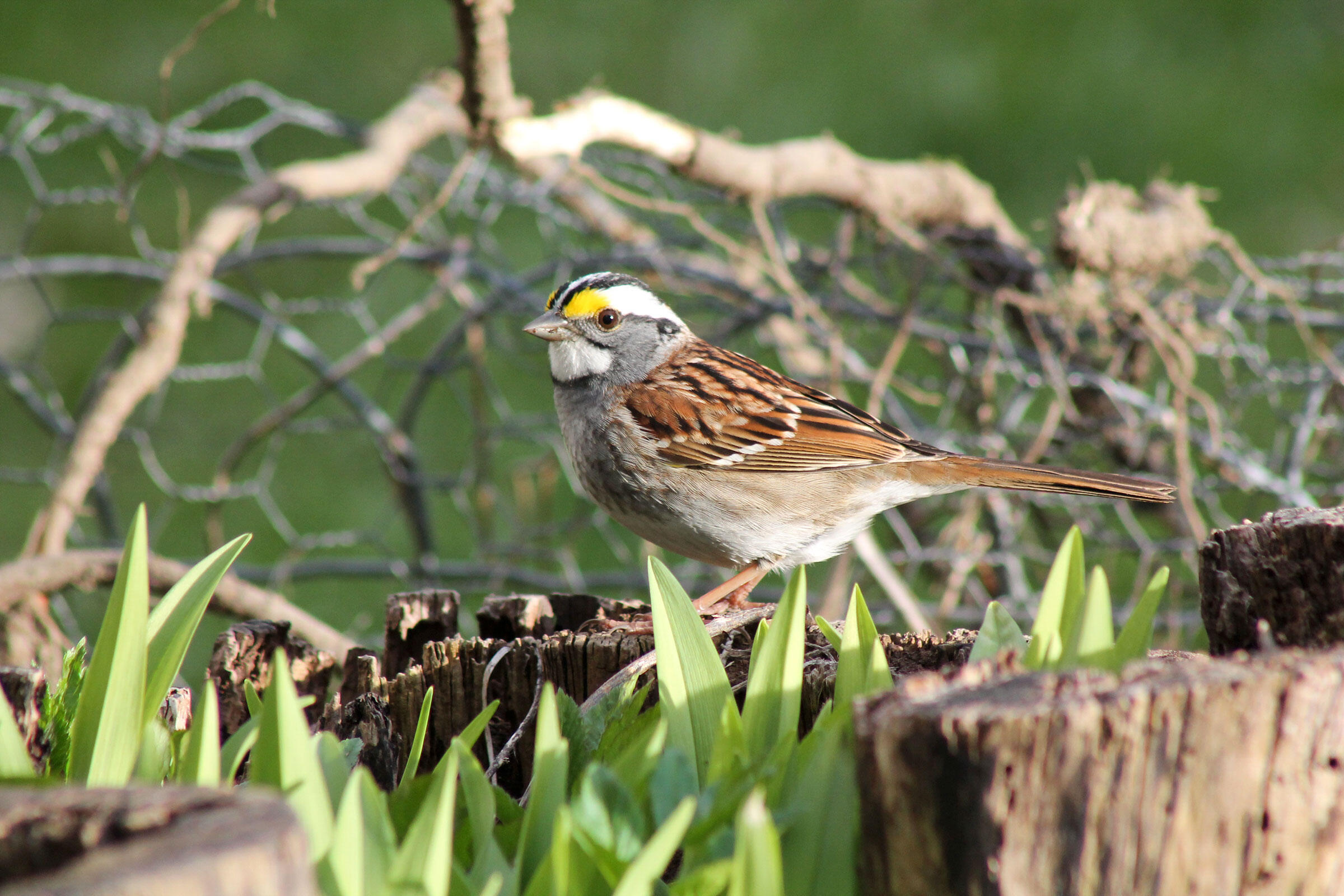 In most songbirds, it’s the father’s job to train his sons in the art of making music. For White-throated Sparrows, “young males must hear the songs of their own species or they will never learn to sing correctly themselves,” says Kaufman. “But the older males aren't teaching them in any direct way: They're just singing, and the youngsters in the neighborhood are listening.” Human dudes do Bruce Springsteen; White-throated males do oh, sweet Kimberly, Kimberly, Kimberly. (Listen below.)