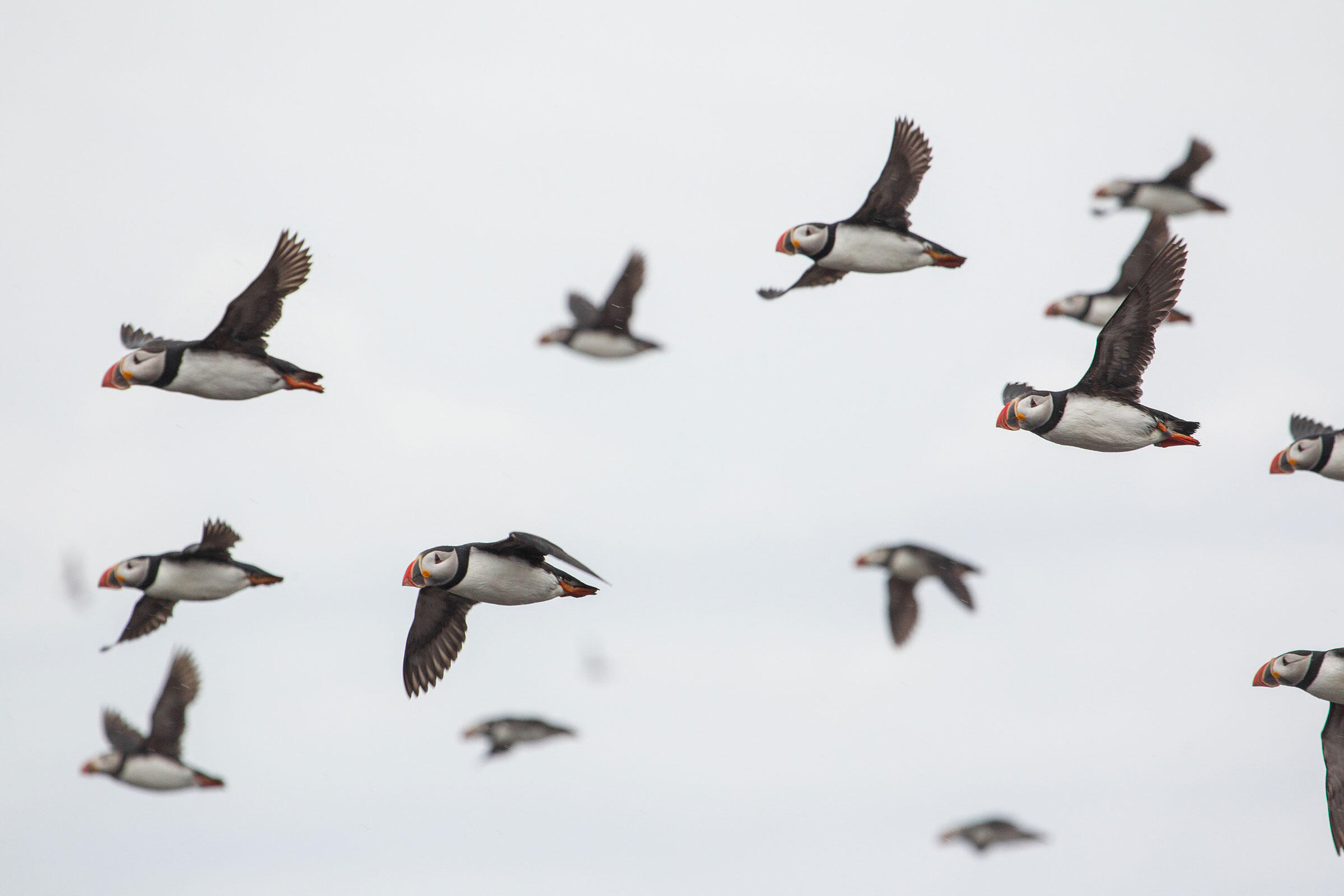 The large number of Atlantic Puffins that call Machias Seal Island home has made it a popular destination for photographers. Photo: Christopher Ciccone

Late spring and summer is the best time of year to capture the so-called “penguins of the north,” even if it takes a bit of travel. 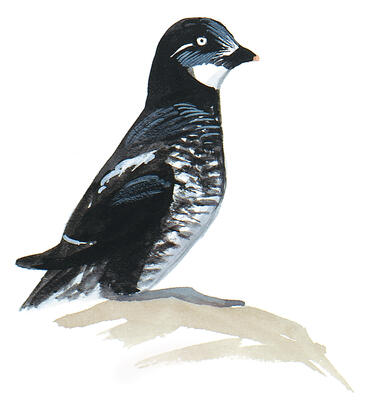 Throughout much of the year, most of the world’s alcids are doing what they do best: hitting the open ocean, far from the lenses of all but the most intrepid photographers. But come late spring, most members of this photogenic family of species, which includes puffins, murres, murrelets, guillemots, and auklets, will take to land to nest in colonies on the islands and rugged coastlines of the northern Atlantic and Pacific. Alcid photography isn’t a home-before-lunchtime deal, and it might require significant planning (and a dose of Dramamine) to get to their turf. But capturing images of these charismatic characters—and the misty, moody crags they inhabit—is worth the effort. We asked a handful of pro photographers for their favorite spots to find these fascinating birds.

Be prepared: Before heading out on your next expedition, download Audubon's free bird guide app.

This remote island off the northern coast of Scotland is famous for two things: cozy sweaters and incredible birding. The Fair Isle Bird Observatory and Guesthouse provides cozy lodging, three squares a day, and easy access to Atlantic Puffin colonies. Aim for late June or early July, when puffin bills are full of fish for nestlings, flowers are in bloom, and the subarctic days are deliciously long. “You get this lovely orange glow of light from 10 o’clock at night all the way through 3 or 4 in the morning,” Shucksmith says. “It can be fantastic to shoot all through the night.”

Pro tip: Layer up. “You need to be prepared for four seasons in one hour,” Shucksmith says.

Read advises booking an all-inclusive trip to the heart of the Pribilof Islands in late July or early August to capture local alcids—including Horned and Tufted Puffins, and Crested and Parakeet Auklets—in their breeding plumage. This foggy, volcanic mass in the Bering Sea is ideal for those seeking more abstract images. “You can get these wonderful sea patterns of foam and kelp and stuff, with birds flying through them,” Read says. “When the fog comes in, sometimes that can give it a really moody look. In those situations, you’re really pushing the envelope of your creativity as a bird photographer.”

Pro tip: The planes that take you to St. Paul are tiny and there’s a chance your luggage won’t arrive till the next flight, so make sure you bring your photo gear essentials with you in the plane’s cabin.

This roughly 20-acre island in the Gulf of Maine remains the subject of a low-key territorial dispute between the United States and Canada, but everyone agrees it’s a top-notch destination for alcid photography. Atlantic Puffins are the big draw, but Ciccone says the island’s blinds also allow close-up shots—no mega-zoom lens needed—of Razorbills and Common Murres. Only two guide companies are licensed to visit the island, so reserve as early as possible. “You’re going to have an amazing experience,” Ciccone says. “It’s just this natural experience that you’re not going to get anywhere else.”

Pro tip: Book multiple trips to the island over a few days. If rough seas keep boats in the harbor, do some dry-land birding and try again tomorrow.

Photographing cliff-dwelling species can be a challenge. But on Grímsey, horseshoe-shaped coves make it possible to get a good look at cliff faces and, in June or July, shoot hundreds of Atlantic Puffins gathered on the grassy slopes or flying by—at eye level—to their burrows. “It’s the best place I’ve ever seen for flight photography for puffins, by far,” Milicia says. The island’s inhabitants are warm and welcoming, but with just one village and two small guest houses, lodging is limited. “They’re not really looking to build hotels and make it into a tourist mecca,” Milicia says. “They like it the way it is.”

Pro tip: If you visit the harbor, you might find a friendly fisherman willing to take you on a trip around the island to view its cliffs from sea.

Here at the westernmost point in Iceland, where cliffs rise nearly 1,500 feet above the North Atlantic, close-ups are the name of the game. You won’t find much solitude on a visit to this popular promontory, but you’ll encounter Atlantic Puffins, Razorbills, and Common Murres (called guillemots in Europe) that are by no means camera-shy.

Pro tip: Consider disembarking from the ferry to Látrabjarg at Flatey and catching another ferry a few hours later; the beautiful island is a great spot to shoot nesting Black Guillemots.