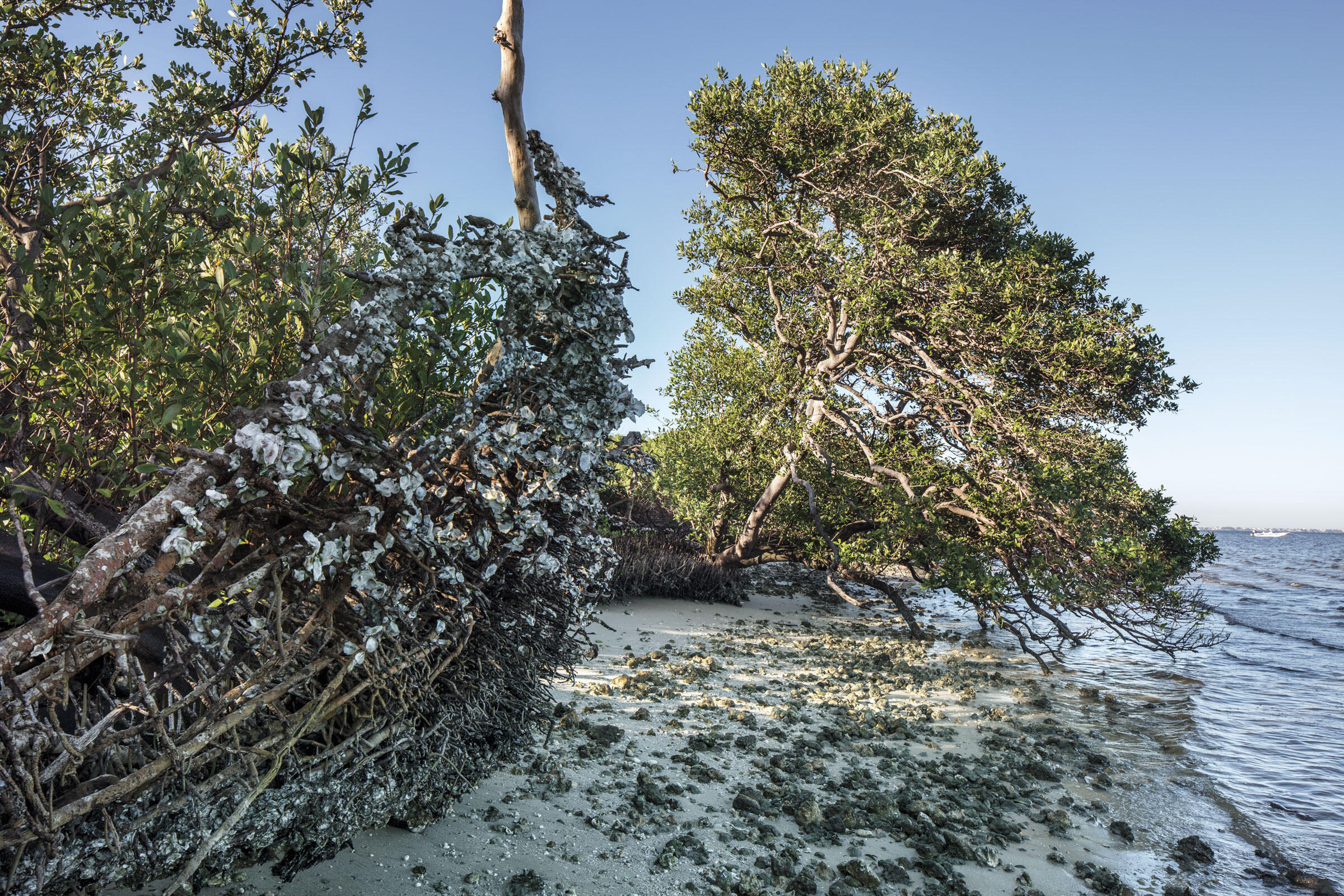 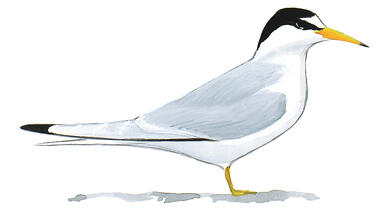 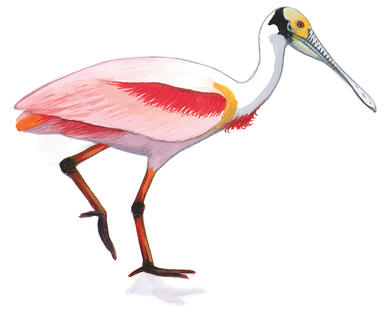 In the weeks since hurricanes Harvey and Irma roared ashore in Texas and Florida, Audubon has been surveying habitats in the hardest-hit areas. The biggest takeaway is that natural coastal ecosystems work—they mitigate storm surges and limit the coastal flooding and erosion that occur when powerful tropical storms come ashore. Our assessment shows examples of how some of these natural systems can be restored and Audubon advocates strongly for federal, state, and local authorities to invest in these types of natural infrastructure at scale that will provide long-term coastal resilience, rather than rely on concrete walls and barriers for short-term gains.

Here are five key results from our post-hurricane coastal assessment:

During both storms, acres of critical habitat and natural infrastructure were lost on areas such as Chester’s Island and the Galveston rookery islands, and Alafia Bank Sanctuary in Florida. With Harvey in particular, barrier islands were eroded when the storm first came ashore, then were eroded again when it headed back out into the Gulf. Without regular deposition of sand or dredge materials, and breakwaters to attenuate waves, these islands could disappear. Plans are afoot to rebuild the eroded islands and also to install natural breakwaters.

2.) We Lost a Lot of Wetland and Nesting Sites

High winds and water inundation disrupted or destroyed marsh and nesting sites across the affected regions. Hardest hit were the rookery islands and wetlands that surround Matagorda Bay, including Aransas National Wildlife Refuge, one of the largest Whooping Crane wintering grounds in the country. Many rookery islands lost the shrubs and small trees in which long-legged wading birds, like Reddish Egrets and Roseate Spoonbills, nest. And increased freshwater surges, which are loaded with nutrients from agricultural runoff, will likely cause many wetland habitats to collapse into mudflats in the next few years. Winds from Hurricane Irma destroyed all 44 active nests of the endangered Everglade Snail Kite, effectively tanking the breeding season for this at-risk species.

Alafia Bank Sanctuary in Tampa Bay is the perfect example of how an engineered natural breakwater can make all the difference. During Irma, the parts of the island that are not protected by the breakwater experienced erosion and loss of nesting structures; the parts of the island behind the breakwater—which is made of bales of oyster shells—were protected and fared very well during the storm. 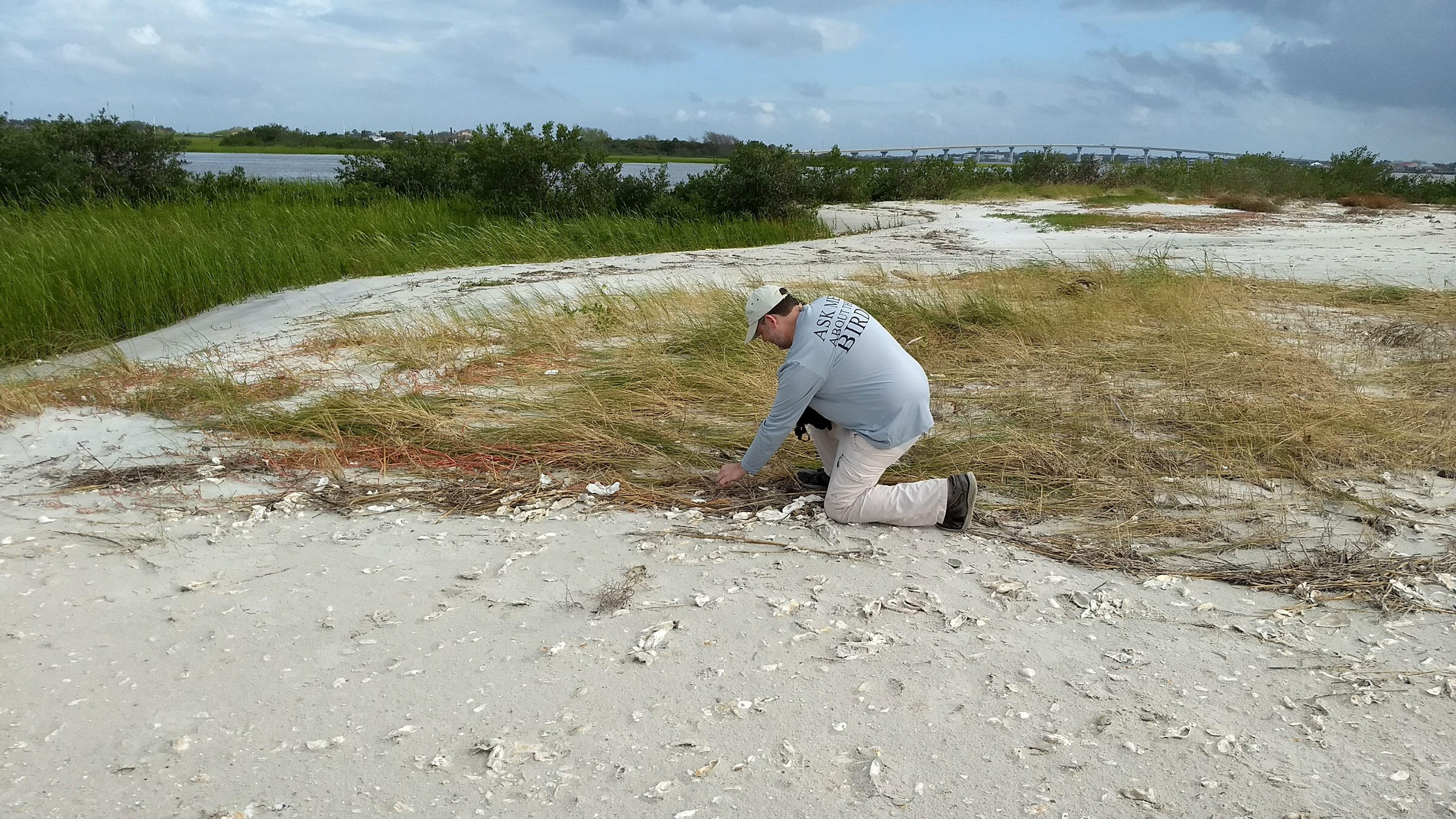 In addition to loss of acreage due to storm and boat-traffic erosion, many barrier islands experienced what is called “overwash” when the storm waves washed over the islands. This is both a boon and a detriment to beach-nesting shorebirds. The overwash brought in new sand, and scoured or killed invasive plants with salt water. But the overwash also reduced the elevation of the islands, making beach-nesting birds like Black Skimmers more susceptible to future high tides or storms.

During the second phase of hurricane Harvey, the storm dropped more than 50 inches of rain over the Houston metropolitan area. That surge of freshwater brought silt, debris, and trash into Galveston Bay. The influx of freshwater and silt drove most of the fish into deeper, saltier water farther offshore. Because many shorebirds are dependent on healthy fisheries and a ready access to prey, this freshwater inundation severely disrupted their feeding, the effects of which won’t be seen until the next breeding season. Freshwater also posed a major problem for southern Florida as Lake Okeechobee reached capacity and officials had to dump millions of gallons of nutrient-laden water into the bays along Florida’s coast, causing major disruptions to that estuarine habitats. With careful restoration of the Kissimmee River delta that flows into Lake Okeechobee, the surrounding wetlands will be able to absorb more water without endangering the communities south of the lake.

Audubon will work with federal and state governments to provide and target funding for natural infrastructure that will restore habitat and protect communities. This funding could not only benefit the critical coastal sites and bird populations outlined in this assessment, but, if provided at scale, could build back ecosystems and communities that will better withstand subsequent storms and hurricanes.  Additionally, Audubon—in conjunction with partners like the Army Corps of Engineers and other federal agencies, the state governments of Florida and Texas, and local stakeholders—stands ready to help target this funding to benefit birds and the places they need, prepare communities, and steward taxpayer resources.