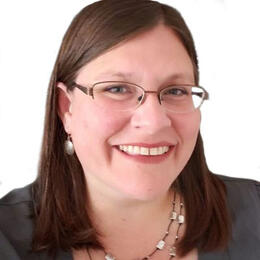 Ten years ago today, the BP Deepwater Horizon oil disaster, which killed up to 1 million birds, turned a corner. Following the oil rig’s initial explosion and sinking on April 20, 2010, the deep-sea well spewed 210 million gallons of oil into the Gulf of Mexico for 87 days. On July 15, 2010, after many unsuccessful attempts to stop the flow of oil, the well was finally capped.

Research over the following 10 years has revealed that, in addition to the miles of oiled beaches in the Florida Panhandle, ocean currents had also carried oil just offshore of Tampa Bay, and as far away as the Atlantic Coast. Much still remains deep on the ocean floor. For many Floridians, this was not only a devastating disaster to a state known for pristine beaches, productive fisheries, and abundant wildlife—this was also a wake-up call. If the Sunshine State's environment and economy could be affected so much by an oil spill that started three states over in Louisiana, one can only imagine how dire the effects could be if drilling were allowed directly off Florida's coast.

A healthy Gulf of Mexico is essential for a healthy Florida, and for the entire state’s history, we have benefitted from a moratorium on oil and gas drilling in the eastern Gulf of Mexico. According to a recent report however, the Trump Administration plans to set leasing in motion as soon as the November election passes. The eastern Gulf has been protected from oil and gas drilling for decades, most recently by the 2006 Gulf of Mexico Energy Security Act. Unfortunately, the ban is scheduled to end on June 30, 2022, and without renewal, this long-protected area could become open to drilling.

For Captain Gary Jarvis, the memory of the BP oil disaster is all too real to forget. Now the mayor of Destin, Florida, Jarvis was a charter fishing boat captain in 2010. That April, just days before the explosion that killed 11 people and unleashed the country’s biggest environmental disaster in history, Jarvis arrived at the Deepwater Horizon rig in his 57-foot vessel, the Backdown 2, for a sunset fishing charter. Jarvis provided overnight, offshore charters for families and fishing enthusiasts from around the country for two decades. Rigs like the Deepwater Horizon, standing in more than 5,000 feet of water, attract smaller reef fish and also larger pelagic species like marlin and tuna that were sure to give his clients a rush of adrenaline. Fishing that evening was perfect. Catching mahi-mahi and a huge yellowfin tuna, the family on board made some real memories.

As news of the Deepwater Horizon explosion broke only 10 days later, Jarvis knew the consequences would be dire.

“When I first heard about the explosion, I was incredulous… I mean, I was just there,” said Jarvis, recounting the numerous times he’d watched the oil workers walking around on the platform, running pipe and bolting manifolds.

Jarvis’s own family was rooted in another major industry that relies on the Gulf of Mexico—the U.S. military. He and his parents had moved to Eglin Air Force Base in 1975, one of many U.S. military bases in the region that uses the Gulf to stage land and water exercises for combat training and even space exploration. In fact, the region is so important to national security that a 2018 Department of Defense report opposed the expansion of offshore drilling into the eastern Gulf, calling the Gulf an “irreplaceable national asset.”

Congress is currently considering the National Defense Authorization Act, which authorizes funding for Department of Defense programs and activities, and this legislation presents an opportunity for an amendment to extend the ban on oil drilling off Florida’s coast. Sen. Marco Rubio has started the ball rolling in the Senate. He has submitted an amendment to extend the moratorium as part of the Act, but the Senate leaders must allow the vote.

Ten years after the Deepwater Horizon disaster brought businesses like Jarvis’s to a halt and oiled vulnerable sea- and shorebirds, Audubon staff continue to work to prevent future disasters. We urge our elected officials to make the moratorium permanent, protecting the wildlife and coastal communities of the eastern Gulf of Mexico now and into the future.

For more on Jarvis's story and Audubon Florida's work to protect birds since the Deepwater Horizon disaster, read our report.