If you've spent any time around water during fall or winter, you might have noticed that ducks are quite social. Some species gather in small flocks while others can gather in “rafts” of thousands. Such groups are a treat for birders and photographers alike, but for the latter, they also present a challenge and an opportunity.

Photographers often look for individual birds to get a cleaner look to their images; it is far more difficult to capture photos of flocks that appear orderly. The effort is well worth it, however. I have spent the past decade experimenting with different techniques for photographing flocks of ducks and waterfowl. Here are four hard-earned tips for turning groups of birds into compelling scenes.

In the winter, if the temperature is cold enough, ponds and other bodies of water may ice up. But ducks will often keep part of the water from freezing by constantly moving around. These conditions provide a great opportunity for capturing a flock’s reflection. Look for ducks on the edge of the ice with calm water in front of them. If you can find them in pools of water on the ice, even better. Ideally, you want to focus on the ducks that are closest to you and wait for at least one of them to make eye contact with the camera.

Recommended setting: Aperture f/5.6 or a stop down to get more depth of field. If the birds are somewhat static or moving slowly, shutter speeds of at least 1/500th of a second are recommended. It would not hurt to use a faster shutter speed as you do not want the birds to be blurry if they move.

It is not uncommon for different species of ducks to winter together. This allows photographers to look for situations that show off the contrast between them. Finding a Wood Duck amongst Mallards, for example, makes for a great juxtaposition. It is important to focus on the bird that is the anomaly and have enough depth of field to let the other species surrounding it be identifiable. Going in tight or showing a slightly wider view may work but really depends on the situation.

Recommended setting: Aperture f/4 to f/8, depending on your focal length. Longer focal lengths will give you less depth of field at the same aperture. To keep the focus on the anomaly and make it stand out, opt for a slightly wider aperture. And since these moments can be fleeting, set your shutter speed at 1/1000th of a sec or more.

Whenever you photograph flocks of birds, always be ready for the action. If one bird gets spooked, they will often all take off. Also, toward the end of a day flocks tend to move to where they will roost for the night. Both these situations can provide a chance to photograph flocks in flight. Try and position yourself where the light will be most interesting—for example, by back-lighting birds to capture the glow of the setting sun.

Recommended setting: Aperture f/8 to f/16, depending on the complexity of the background. Go with f/8 if the background looks busy; that should allow for enough depth of field unless you are using a lens in the 600mm range. The shutter speed depends on how you would like to render the birds—tack sharp or with a little bit of motion. To freeze the action and get maximum sharpness go for 1/1600th of a second or faster. To capture motion you can try shutter speeds between 1/15th and 1/200th of a second (the latter might get you a some blurring in the wings while 1/15th will give you a lot more motion). The slower your shutter speed the more important it is to be panning with the flock. This takes a good bit of practice so be prepared to miss a few shots.

To give a photograph of ducks more relevance you can always use a shorter focal length to show more of the environment. This choice can be made based on how pretty the habitat, how much of it you want to include, and what you are trying to convey with the image. Anytime I get some atmosphere I like to show wider shots as it changes the mood of the image.

Recommend setting: Aperture f/8 to f/16 will help you get more depth of field and sharpness through the photo. With wider focal lengths f/8 would be enough. Shutter speeds of 1/320th of a second or more are recommended. 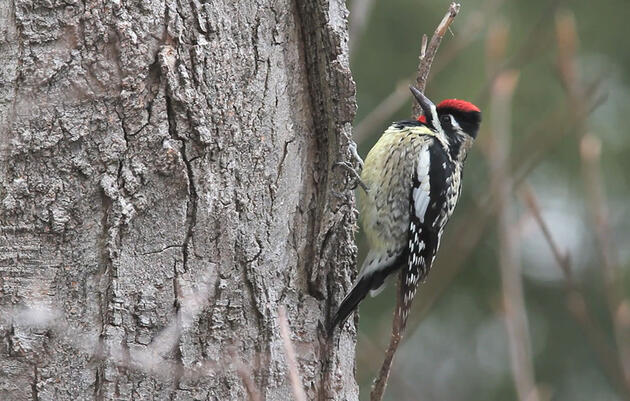 How to Shoot (Good) Bird Videos with Your Camera

Do you want to capture a bird's every dip and call? Learn to break in the video mode on your digital camera.

How to Take Sharp and Vibrant Photographs of Ducks in Flight

Capturing in-flight images of speeding ducks is challenging and rewarding. Follow these tips to land those shots. 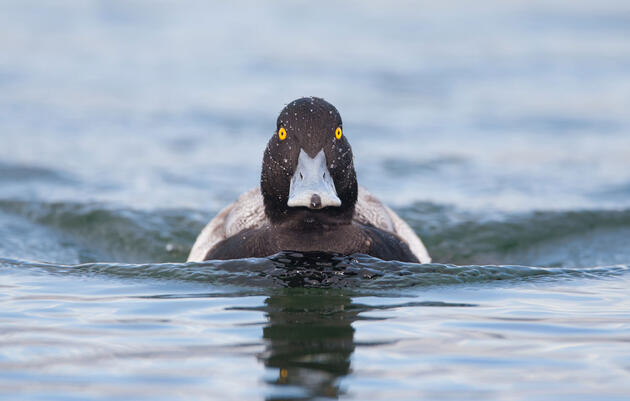 How to Take the Best Duck Photos

Some simple tips for capturing compelling images of these special birds.