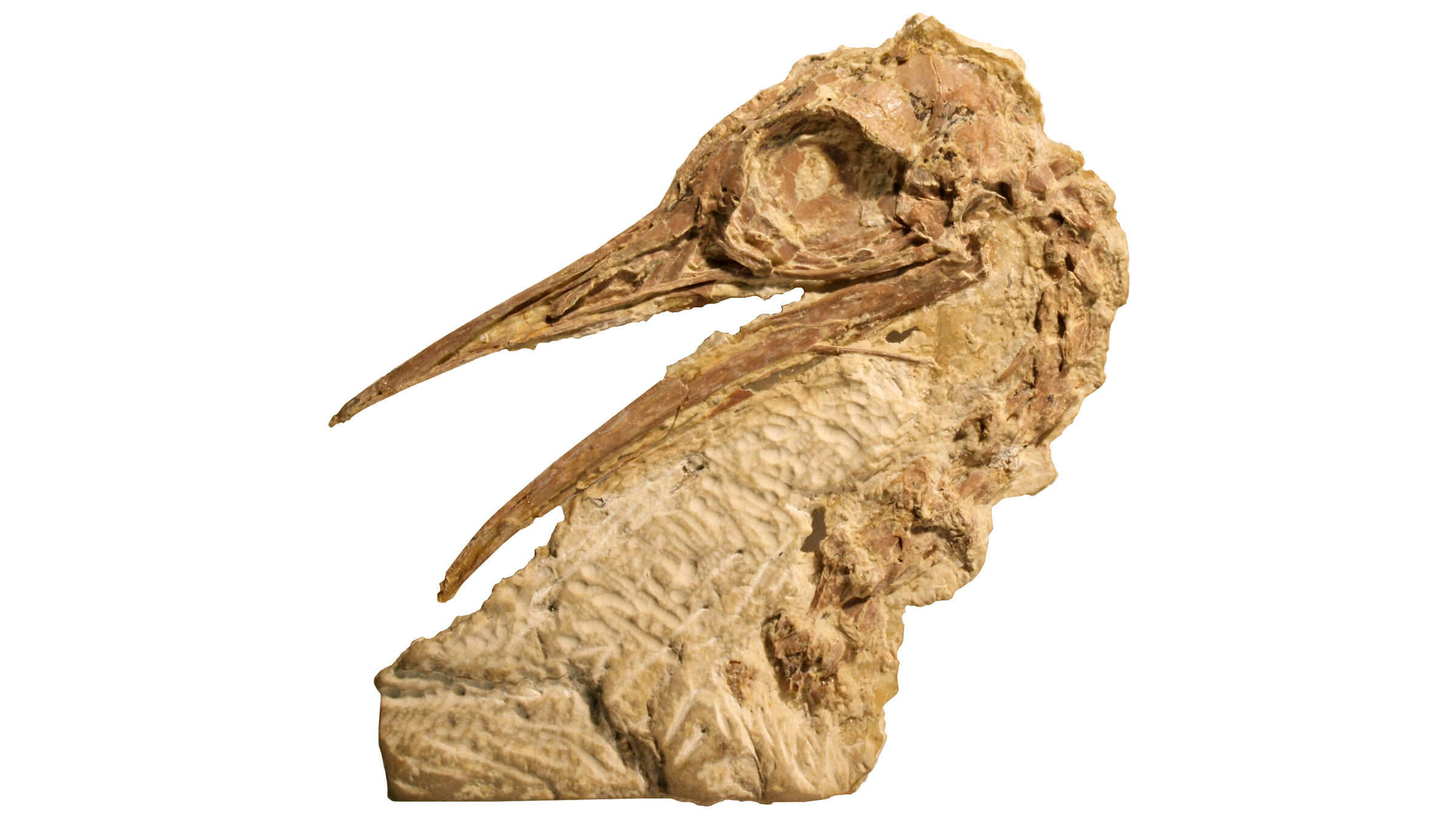 Fossilized skull of lithornithid, a relative of tinamous and ostriches, from the Green River Formation of Wyoming. Photo: Sterling Nesbitt

If you visited Wyoming around 50 million years ago, you might see a peculiar little bird racing through the hot, dense forests of the Eocene. About the size of a chicken, the creature would look something like a modern-day tinamou. In fact, that connection is pretty close to the mark. In a recent paper by Jackson School of Geosciences paleontologists, the prehistoric bird is revealed to be related to the flightless family that now holds ostriches, emus, and their kin.

The newly described species is Calciavis grandei, or “Grande’s stone bird” (named in honor of paleontologist Lance Grande). Researchers Sterling Nesbitt and Julia Clarke found several of its skeletons in the quarries of Wyoming—famous for their abundance of fossil fish and other exquisitely preserved specimens—including one with feathers, foot scales, and claw sheaths still intact. This is the kind of fossil that paleontologists dream of collecting.

How does the species fit into the broader avian family tree? Calciavis was a lithornithid: an archaic group of birds that belonged to a broader collective known as palaeognaths—the kiwis, cassowaries, emus, rheas, ostriches, and tinamous of today. For decades, scientists were vexed by how these species were related, and how they spread so seamlessly across three continents. Most signs pointed to a common, tinamou-like ancestor that could fly.

Enter Calciavis. The fossilized bird acts as a new touchstone to what Nesbitt and Clarke call the “ongoing conversation” about the intricate relationships among primitive birds. Their morphological analysis places the species near the base of the palaeognath family, making it a close relative of the tinamous of Mexico and Latin America. This indicates that flying palaeognaths were much more widespread in North America, though they eventually lost ground, probably as the tropical landscape transformed into temperate woodlands. In the end, only the equatorial tinamous were left behind.

Nesbitt and Clarke are still cautious about their results; with so many differing perspectives, more research is needed for the stone bird’s history to be, well, set in stone. Additional fossils can also help suss out the origins of flightlessness among avians (scientists still aren’t sure whether it evolved once or multiple times within palaeognaths). Nevertheless, Clarke says, Calciavis offers a glimpse of what paleontologists could only speculate at before. It’s just the faintest etch of the continent's earliest birds—but it shows that what we consider to be exotic species, may not be so exotic after all.